My Twitter stream this morning seemed to consist of nothing but negative reactions to the recently rolled out Klout score changes. Friends of mine who are equally as social-influence conscious (if not more) reported score drops as high as 20 points. Others, disturbed by the sudden score nosedive, were quick to dismiss Klout’s supposedly “more accurate” scoring model, citing several incredibly valid reasons for their decision — most of which I’ve listed below.

This naturally made me a bit curious about my own score change, a feeling that prompted me to pay a visit to Klout.com in order to gauge my personal results. Surprise. My own score had dropped by several points as well, taking me down from a 75 to a 68 — that’s a 7 point decrease for me.

How do I feel about my score plummeting by seven points? At first I felt a bit cheated. Some look towards Klout scores as a sort of vanity metric, a source for bragging and validation that gives those with higher points a sense of elite importance in the socially influential world. Admittedly, I felt the same way. Having worked my way up to a 75 over what I feel is years upon years of thoroughly-engaged social media activity, to see my score quickly decline was, to put it simply, disheartening.

Klout has yet to actually reveal how this new score is calculated, of course, which leaves me with absolutely no credible way to dispute the validity of my much lower influence rating.

As transparency has always been one of the biggest problems with Klout, our editor Drew Olanoff took it upon himself to grill Klout’s CEO, Joe Fernandez, on the issue. In response, Fernandez mentioned the upcoming Score Insights feature for Klout, a tool meant to offer a better understanding of how Klout works, as well as how one can actively work towards a higher score on the service. Fernandez also mentioned that the entire scoring system for Klout would undergo a change meant to supposedly provide more accurate measurements of social influence.

Having been a fan of Klout for so long even without the coming Score Insights feature, this revelation perked me up a bit. ‘Finally’, I thought! ‘I will now have the ability to more deeply understand how my score is affected by audience engagement on Facebook, Twitter and other social networking platforms. With these new insights in mind, I can better assess how to approach my social media activity in the future. Bonus!’

Judging by the 1,000+ negative comment reaction to Klout’s recent corporate blog post about the new score changes, however, a good chunk of active Klout users appear to feel very differently.

Some notable reactions to the new scores:

“I have all metrics going up: Blog traffic is up, retweets are up, Facebook engagement is up, Followers up — Yet my score dropped 19 points today.” — PamMktgNut.

“I can handle a score change, but you should then also update the history statistics as anyone viewing my graphs will see a massive plummet with no explanation why it’s gone down hill so fast. If I was searching for a job in Social Media right now I’d be concerned.” — Richard Mackney.

“Klout scores are now used for job searches, employment mandates and a number of similar functions. The change impacts the job viability and even the ability for people to apply for certain jobs which have minimum Klout scores based on the prior metrics. Similarly, you have retroactively altered the history of our Klout scores as if they had always been this way, which has created a number of financial and employment hardships already this morning.

I have clients who used Klout as a metric of their social media advertising success, and you have now made all of those willing to try this look like fools in front of their Boards when they reported the Klout scores along with PeerIndex, Twitter Grader and other related metrics this morning.” — Kalani Kirk Hausman

“I’m seeing many people that are just casual on Facebook have 10+ rankings over those that are only on Twitter and have a very large and engaged audiences.  Explain why Timothy Whalin, a guy who has 10k followers and is listed 1500 times, has a lower score than most casual Facebook users.  The math just doesn’t make sense.

As an advertiser, I would much rather reach a guy like Timothy than a casual Facebook user who has high influence with his grandma.” — Tyler Murray 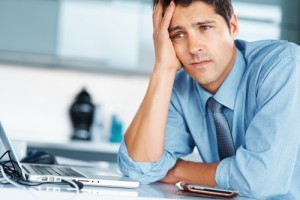 The most distressing problem about the sudden Klout score changes apparently lies in the job market, where the hiring potential of future employees are sometimes gauged by their online influence on social measurement tools like Klout.

On this subject, allow me to reassure you: It should be noted that any hiring manager who remains unaware of the recent changes to Klout’s scoring model and judges your resumes or scores based on previous algorithms is probably not qualified enough to hire you anyway, and should likely be fired.

I do agree, however, with Mackney’s statement that comparing today’s score to yesterday’s score is horribly inaccurate. If Klout wants to change an entire metric system that many have relied on for so long, prior and public metrics should also reflect these changes so as to avoid inaccuracy.

To reiterate on Mackney’s comment, those uneducated in the world of social influence might view these sudden point drops as a warning flag that a user is now less-influential than he was before, rather than as a sign of change within Klout’s scoring model. In this case, transparency on when overall scores began changing to reflect the new algorithm should definitely receive a bit of TLC.

How accurate are the new metrics?

Klout claims that its PeopleRanking system scores influencers on the following three metrics:

Assuming this is true, here are a few examples that might explain the recent score changes.

Let’s pretend that one of my tweets has been retweeted 100 times. This does not mean that my Klout score will magically jump from a 68 to a 70 just because a single tweet of mine has erupted with activity. Several factors come into play when deciding how this affects my score. For one thing, those retweeting my content might only have 1 or 2 followers themselves, making their retweets less valid in the overall scope of my reach. For another, the followers of those individual users might not have any followers themselves, making that user pretty much obsolete in terms of their own influence and reach.

In another example, let’s take a Facebook post. Facebook, as you know, has well over 800 million users on the platform. Many Facebook users have several hundreds of friends, if not more, meaning that any post you share on the platform there which is liked or shared by another user will undoubtedly reach more people. Knowing this, it makes sense that Facebook scores are calculated a bit more heavily than Twitter scores. It’s not to say that Klout scores lean completely on Facebook for its scoring model, but when you think about it in terms of the actual statistics and data, it seems to makes sense. Or it should, if we’re to believe the above system is accurate.

Again, let’s say I share one of my articles on both Facebook and Twitter. On Twitter, my article is retweeted by 5 users, all who have maybe 3 followers each. On Facebook, my article is liked or shared by only two of my friends, both who have several hundred actively engaged Facebook friends, as well as several subscribers who are likely to see that users’ activity on his or her stream. Not only that, but their friends also have several hundred friends on the platform as well, all of which also have people subscribed to their public updates.

In this case, you can see that impressions on Facebook are more likely to reach higher levels of engagement than impressions on Twitter would. In this same vein, it is less likely that Klout users can “game” the metrics of the system, as the scoring model is now based more heavily on the overall influence of everyone involved in the amplification process, rather than, well, whatever it may have been based on before, which I’m still not quite sure about, actually.

Here’s what I want to know … 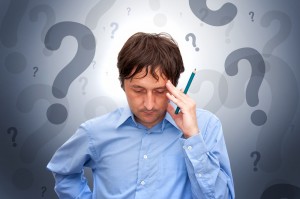 Okay. So Klout can supposedly measure how influential each person is based on how many Twitter followers they have, comments or likes they receive, amplification via retweets or reshares, etc — but are they actually measuring true engagement? What I mean is, sure, a person can be reshared or retweeted several times over, but what about clicks? What about conversions? What about thousands of blogging sites linking towards someone’s Twitter account that aren’t counted as part of the social scoring process because they aren’t calculated by Klout’s PeopleRanking system?

I’d argue that all of the examples above are important metrics when gauging someone’s social influence or reach. Does Klout take blog page-ranking information from Google, for example? Is that possible, and should it bother? And if Klout ever does start ranking social influence via blogs as well, how will this eventually affect Klout’s current score model? Do people even care?

This all comes down to the simple fact that the scoring of social influence is something that no one really understands, despite Klout’s claim to the social influence throne. For now, social influence scoring is, at best, a trivial pseudoscience akin to horoscopes or astrology. Until some sort of social methodology is shown and proven, no one will be able to seriously rely on services like Klout (or any other social-scoring system, really). And it certainly doesn’t help when widely-used social analytics tools suddenly change their entire ranking system, debasing previous studies of their methods.

What do you think? Do you agree with Klout’s new scoring model? How do you feel about the accuracy of social influence scoring, and what should be done to improve it? Weigh in below.