KIT digital, a major provider of video management software and related services, has announced a number of management changes this morning. The company’s founder, Kaleil Isaza Tuzman (more about him at the bottom of this post), has decided to step down as chief executive officer to assume the role of chairman.

Barak Bar-Cohen, currently the company’s chief administrative officer, will assume the role of interim CEO while KIT digital conducts a search for a permanent CEO. 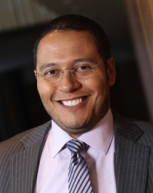 “The shift to full-time chairman is a step I have been contemplating for some time.

The strategic transaction process, which is underway at the direction of the board’s Special Transaction Committee, is at a pace that requires my dedicated focus and energy, separate to the day-to-day running of the company and investor relations responsibilities.”

In addition, KIT digital announced that it will be reducing the number of inside directors on its board, thus paving the way for new outside members to join.

The company has accepted the resignations from the board of management members Gavin Campion, Robin Smyth, Chris Williams (who will all be continuing in their management roles at KIT), as well as independent director Santo Politi.

The company has been extremely acquisitive over the years (it has bought companies like Kyte, KickApps, Kewego, Brickbox, The Feedroom, among others), and said in its press statement that it’s currently closing in on the acquisition of a “relatively small entity in the Asia-Pacific region”.

As for Kaleil Isaza Tuzman’s colorful past: after graduating from Harvard, he worked at Goldman Sachs for 5 years before launching Internet startup govWorks. The company went on to raise $60 million (!) in venture capital, but was sold for a mere $20 million to First Data after the dotcom bubble burst.

Fascinatingly, the journey from the founding days to the sale of the company was documented in “Startup.com”, a must-see documentary that premiered at the Sundance Film Festival back in 2001.