Last month was a typically busy one for the African tech scene, with notable activities from big international players and a number of new launches, acquisitions and expansions of real note. See below for any news you may have missed.

PayPal launched in ten new markets, making Nigeria, Cameroon, Ivory Coast and Zimbabwe the first four African countries to have access to the platform. Services are now live, allowing customers to register for a PayPal account and make payments to millions of sites worldwide.

Uber launched its low-cost UberX service in Cape Town, to run alongside its high-end service UberBlack, which has been operating in the city since last year. As with elsewhere, Uber is undercutting traditional taxi companies, and says it has plans to roll out uberX in Johannesburg and other African cities.

Bloomberg reported Spotify was in discussions with pan-African operator Vodacom that would see the music streaming service launch in Africa for the first time, with Vodacom to offer wireless customers subscriptions with a limited amount of free data to access Spotify, which raised $250 million in funding last year.

Facebook has a version of its Android app aimed at improving its performance in Africa, reducing data usage and speeding it up, following research conducted on the continent, where poor data connections and lack of device memory have caused it to crash.

9to5mac reports Apple is imposing 14 per cent value added tax (VAT) on items in its South African App Store, as a result of a change in regulations in the country.

The company – through its Microsoft 4Afrika initiative – also began the implementation phase of its TV White Space pilot project at the University of Limpopo, South Africa, following previous launches in Kenya, Tanzania and Ghana.

Remittances to Africa are set to receive a little help from Bitcoin, with Kenyan startup BitPesa launching to allow those in the diaspora to remit money back to Kenya through Bitcoin technology leveraging on mobile money.

Nigerian e-commerce store Jumia – owned by Africa Internet Holding (AIH) – expanded its services to Kano in the north of the country, allowing residents to order online and pay via its popular cash on delivery option. It is also offering a two-day delivery option. Another AIH firm, car classifieds platform Carmudi, launched in Senegal after successful initiations in Ghana, Cameroon and Nigeria saw it surpass 200,000 unique listings. 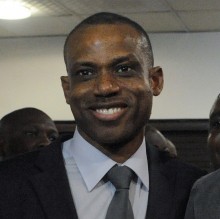 With the World Cup on the continent’s mind, former Nigerian international footballer Sunday Oliseh launched his own SMS-based mobile football news service Football On The Go, looking to give Nigerians access to all the latest football news via their phones. Oliseh said he would be sending first-hand news and analysis to subscribers, with the service not limited to the World Cup.

Cape Town’s electronic prepaid service distribution platform Nomanini, which secured Series B funding to the tune of US$1.9 million last month, is set to launch its services in Nigeria, the latest launch after already being active in South Africa, Kenya and Mozambique. It is also looking at launches in Guinea and Somalia.

On the other hand, Ghanaian firm mPedigree’s pharmaceutical anti-counterfeiting solution is headed east, set to launch in Rwanda in the next two months and targeting further launches this year in Sierra Leone,  Uganda,  Zambia and Tanzania.

The founders of Takealot, which last month took on US$100 million in funding, launched e-commerce platform Raru, which aims to provide detailed product information, flexible product search functions and ease of use.

HumanIPO reports that Congo-Brazzaville mobile device producer VMK plans to launch a factory by the end of 2014, with staff set to commence training in the third quarter with production due to start by the end of the year.

It wasn’t so busy on the acquisitions front in June, though Business Day reported Barclays Africa Group was in talks to buy ATM business Bytes Technology, which would be the third large acquisition made by the firm in two years. The transaction has been filed with the Competition Commission of South Africa and is considered a large acquisition.

Cameroonian game development studio Kiro’o Games raised $115,000, and is looking to use the funds to open a gaming studio. Also, in West Africa, Esoko Networks, a platform allowing African farmers to carry out transactions, secured $1.5 million in funding from Acumen and the Lundin Foundation, which it will use to expand to Nigeria and East Africa.

There was a new addition to the African incubator scene, with Start with Seven (Sw7) arriving in Johannesburg and Cape Town in July, having signed up more than 20 prominent IT executives to act as mentors.

Taking a break from Kenyan investment is 88mph, which also rebranding its Nairobi and Cape Town co-working spaces. The company said it is focusing on its impending launch in Nigeria but would be back in Kenya soon.

Kenyan startups cleaned up at the 2014 edition of mobile startups event PIVOT East, winning four out of five categories.

And just a little controversy to sign off with…

Africa wouldn’t be Africa without a little drama each month. The Nigerian Court of Appeal freed Edwin Moore Momife, former chief executive officer (CEO) of M-Tel, after he was accused of receiving bribes from Siemens.

Two executives from ZTE Corporation were deported from Kenya, though no reasons were given. Kenyan newspaper the Standard reports director of government enterprises Yang Yong and marketing director Zou Lingying were held for about 12 hours before being deported.