In a preliminary injunction, a judge has ruled that Uber and Lyft must classify its drivers as employees. But you can bet on the fact the companies are going to fight against it.

The injunction issued yesterday afternoon (via The Verge), details the dichotomy between what drivers do for Uber and Lyft, and what the companies say their core business is (but we’ll get to that). The injunction is temporarily paused for 10 days, during which the ride-hailing companies are going to appeal the decision.

Yesterday’s ruling comes in response to a filing made back in May that required Uber and Lyft to adhere to AB5 legislation that came into force back in January. AB5 legislation requires gig-workers, like taxi drivers, to be classified as employees and have access to associated benefits.

According to the injunction, “Uber and Lyft have misclassified their ride-hailing drivers as independent contractors rather than employees in violation of Assembly Bill 5 (AB5), which took effect on January 1, 2020.”

“That statute is intended to ensure that all workers who meet its criteria receive the basic rights and protections guaranteed to employees under California law,” it continues.

Uber and Lyft have continually fought this legislation, and have done so using a number of strategies.

Back in May, the ride-hailing companies claimed that its drivers do not contribute to achieving their core missions. Uber defends itself with marketing materials that have only gotten more vague as time has gone on.

In 2018, Uber’s mission statement read: “Uber’s mission is to bring transportation — for everyone, everywhere.” In that case, it’s undeniable that its drivers are vital to delivering this mission. However, it has since been changed to: “ignite opportunity by setting the world in motion.” Which is as clear as mud. How anyone can contribute to that goal is beyond me.

Lyft seems to be taking a different tack and previously said it will work “to bring all the benefits of California’s innovation economy to as many workers as possible.” Again, it’s not clear what that actually means, but it does mention “workers,” and not independent contractors.

In other words, Lyft and Uber, despite all of their technology and “disruption,” are taxi companies and drivers who are core to delivering that service to the public. As such, drivers are and should be treated like employees.

Even so, Uber and Lyft are still adamant that their drivers don’t even want to be classified as employees. According to Uber driver surveys, two in three would quit using the platform if their job flexibility was compromised. As we’ll see, this is one instance of where the company assumes flexibility can only be offered to contractors.

What Uber and Lyft say

In response to the latest injunction, an Uber spokesperson said: “The vast majority of drivers want to work independently, and we’ve already made significant changes to our app to ensure that remains the case under California law.”

“When over 3 million Californians are without a job, our elected leaders should be focused on creating work, not trying to shut down an entire industry during an economic depression,” they added. But the thing is, if the drivers were employees they may have been eligible for financial support and insurance during the economic downturn, so that’s beside the point.

What’s more, Uber‘s drivers don’t seem to earn enough to make it a viable job, anyway. Additionally, during the coronavirus induced recession, the company made more than 6,000 people redundant in an attempt to cut loses and consolidate its offices.

In response to the ruling, The New York Times published an op-ed from Uber‘s CEO, Dara Khosrowshahi, this morning, which on the surface seems to contradict the company’s actions up to this point and support what the lawsuit is trying to accomplish.

Khosrowshahi seems keen to improve the working conditions for drivers but only on their terms, rather than being bound by legislation. Ironically, if Uber did defer to legislation when it comes to employee benefits, it would have a lot less flexibility with how it implements them for its drivers.

Veena Dubal, professor of law at the University of California and gig-economy researcher, has been critical of Khosrowshahi’s article. Dubal says that the Uber CEO conflates independent contractors with flexibility. Indeed, you don’t need to keep your workers as contractors in order to offer them freedom to do their job as they see fit.

Lyft largely echoed Uber‘s sentiments. “Drivers do not want to be employees, full stop,” a spokesperson for the company said. “We’ll immediately appeal this ruling and continue to fight for their independence,” they added.

So where does this leave us?

There have been a lot of reports in recent months about Uber and Lyft, and their relationship with their contractors-come-employees. So let’s recap.

The companies are being sued in Massachusetts for the same misclassification of workers that it’s facing in California. Regulators in New York recently gave the pair 45 days to pay their drivers unemployment benefits following a drop in rider numbers due to coronavirus lockdowns.

On the other side of the Atlantic in the Netherlands, Uber is fighting allegations that its algorithm unfairly favors certain drivers and penalizes others. In the UK, it’s also being challenged in the Supreme Court over similar concerns that it faces in California — that it should treat its workers as employees and meet basic standards, like offering minimum wage and paid holiday.

While there’s plenty of other ongoing cases, yesterday’s ruling has certainly drawn a line in the sand, and clarifies how the law interprets Uber and Lyft’s business models in the US. If the injunction holds up over the next 10 days, it could pave the way for other jurisdictions to follow suit and take California‘s ruling as a form of precedent.

Ultimately though, it seems that it’s not going to be the courts that decide Uber and Lyft’s fate, it will be public voters.

The two companies, along with food delivery service Door Dash, have put more than $100 million into a campaign to keep gig-workers classified as independent contractors. The campaign, which will be decided by a ballot measure in November’s election, will be voted on by eligible Californian voters.

“Ultimately, we believe this issue will be decided by California voters and that they will side with drivers,” a Lyft spokesperson said. 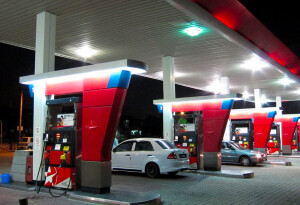