Joshua Smibert has never been a stranger to the entrepreneurial spirit. Born and raised in Melbourne, Australia he watched his father, the sales director for a national security company constantly working on side ventures while he was growing up, and finally leaving the corporate world for a startup.

It was his father who taught Smibert to think entrepreneurially, and he caught the bug early on. He started a number of ventures from badge sales to an office cleaning service, and it wouldn’t be a stretch to say he had experience as an entrepreneur before he graduated from high school. Pursuing a natural path in marketing and communications, he went to work for publishing company PDC Group (now Local Directories). Afterwards, he went backpacking to the United States where he met his wife Erica. He stayed in the U.S. and ended up working in banking, and eventually a larger financial planning firm.

Smibert always seemed to find himself pulled into discussions on business development and getting into new markets so it wasn’t long before he realized he’d found his passion. But one thing was clear: finance was not part of that passion.

“I told my wife, ‘If I keep doing finance, I’ll lose my soul’,” Smibert told me in an interview. “I was restless, looking for opportunities to break out and do something else.”

It didn’t matter if these opportunities put money in his pocket or were unpaid collaborations that simply provided the joy of starting new things. The entrepreneurial spirit his father had instilled in him was reawakening with a vengeance.

“I broke out and started doing business development as a consultant. I worked with advertising agencies and publishing companies, and built products with some amazing brands, but I was still doing contracted corporate work,” he said.

In 2007, Smibert was consulting with a company that had hired agency after agency for design work, brought designers in-house, and even outsourced to India — but whether they paid $6 an hour or $200 an hour, they couldn’t hold down a good designer. Smibert had to figure out what the company was doing wrong and how they could change that. That’s when he met Adelle Charles, the creative director at a US television station and owner of the blog Fuel Your Creativity.

“I contacted Adelle and asked if she would be interested in writing an article on how to hire a good designer,” said Smibert. She accepted and wrote what is still one of the most popular articles published on Fuel Your Creativity, which had five top designers talking about the recruiting process and how they selected their customers. The insights helped Smibert solve his client’s problem and did wonders for the popularity of Charles’ Fuel Your Creativity. Smibert and Charles kept in touch and began helping each other with various projects over the months.

Later in 2007, a friend of Smibert asked him to come on board for a project. Charles heard about the project and expressed her interest and became the team’s designer. But the project didn’t work out and Smibert and Charles branched off down their own paths.

“We ended up building on Adelle’s design blog. We thought, ‘if there’s a need for designers to connect, what about those in other industries?’” said Smibert, and that’s when the Fuel Brand Network was born, a group of publications that cover everything from writing and blogging to motionography.

The Fuel team referred to each publication as a passion center, a place that would both inform and connect creatives across different fields. They launched sites based on the potential editors who expressed interest — creative professionals who would ask to get involved, starting and running new sites for new niches. Of course, it wasn’t all roses. “At the time, niche publishing didn’t have any ad systems that allowed us to monetize. It was all individual ad sales,” said Smibert.

2008 saw huge decreases in advertising rates, with businesses spending less on advertising and advertising agencies willing to spend less on placement. “The ad industry basically started treating content as worthless,” he said. Smibert and Charles saw an opportunity to create an advertising service that provided a win-win situation for niche publishers and niche advertisers alike, and the team got to work on their second venture.

This new ad network, Carbon, was soon backed by Ludlow Ventures and would match advertisers and publishers in ‘circles’, where players in targeted niche verticals were matched up with each other to provide maximum targeting for the advertiser and high relevancy for publishers.

The resulting Carbon Ads is an exclusive, invite-only ad network. With 200 publishers among its collection of five circles, it managed a whopping 33 million impressions in March — numbers a less picky network that accepted more publications would be hard pressed to compete with.

Smibert has plenty of advice for new entrepreneurs entering the digital market. “We were learning on the forefront of new media, carving out a niche during a time of flux when newspapers and magazines were failing around us,” he said. With a network of blogs and a profitable advertising network, the Fuel founders had come upon something of a digital publishing empire.

“We started the network while we were at our jobs, working after hours, all the time. We were managing writers in Japan, Mexico, England, Australia over Skype — every timezone,” said Smibert. “We had one infant and another on the way and I was never sleeping.” With time and experience, the team hammered out the remote working process. Joshua now sleeps pretty well at night.

In 2008, the year of the market crash, advertising budgets and rates plummeted “The challenge is understanding the emerging medium,” says Smibert. “In this market you have to learn in a constant state of flux as everything changes so quickly. Especially at first, it was a hard road, but one that got us plenty of street cred.”

And of course, Joshua believes in the mainstay advice for the fast-paced web market: Don’t be afraid to fail and make mistakes, but do it quickly and don’t make them twice. “We’ll make a mistake, and we’ll use it as a catalyst to build off and move forward from,” he said.

Pointing out the public and permanent nature of everything you do on the web, he says, “It stings, it’s visible, and if you publish something it’s always there. But you just have to move on.” But above all, Smibert says, the most important piece of advice he can give is to “find the right people the first time. Follow Seth Godin’s recommendations for hiring. It’s worth going through difficulty to find the right people.”

In the world of startups, where every person’s effort matters, Smibert says the difference between an acceptable employee and a great one is monumental. “You can count your success or your failure from the people you’re working alongside,” he said.

Now, Smibert and Adelle are hard at work on a secret project called Tinder. Smibert isn’t willing to say what Tinder actually is, but he does hint that like Carbon, it’s a solution to one of the big problems of online publishing and is positioned to change the entire web publishing industry. 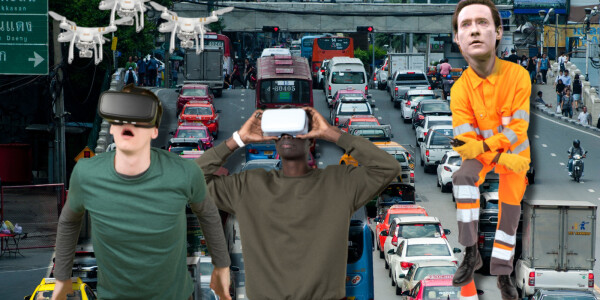 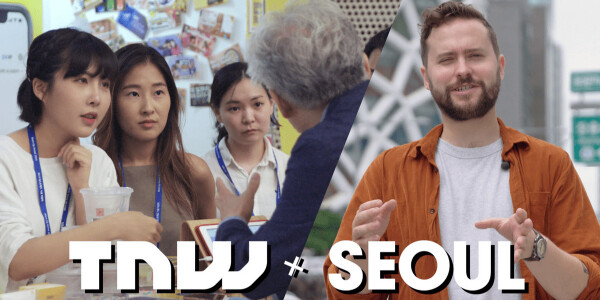 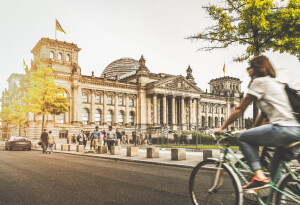 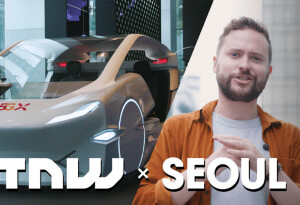