Unless you’ve been in the evil clutches of a media blackout for the past few weeks, you’ll be well aware that Marissa Mayer has recently jumped ship (right over the top of Ross Levinsohn) to join Yahoo! as its new CEO. Combine this with the fact Mayer left a long-term high-ranking position at Google, and the corresponding media maelstrom is to be expected.  Flamebaiters have been out in full-force regarding the selection of Mayer for such a prominent position, as have news reporters weighing in on her suitability to turn Yahoo!’s fortunes to a more positive bent.

Mayer’s appointment hasn’t exactly gone unnoticed for multiple reasons, one of which is the fact she’s a woman who now holds a substantial position of corporate power. Mayer’s high-ranking job slotting offers a kind of balance against male dominated “brogramming”, and her promotion is being touted as a feminist win for women seeking to likewise burst through associated glass ceilings.

Unfortunately, not all commentary concerning Mayer has been directly towards her appropriateness for the CEO role (based on capabilities and performance), but instead veers off into sexist territory based largely on gender attributes.

Why, then, is this the case? Why is it that coverage of women in positions of power invariably attracts opinions constantly referencing gender and/or physical appearance, rather than competency? What fuels such inappropriate responses designed to inflame, not promote discussion?

One of the key issues surrounding the flurry of Internet commentators – both trolls and balanced opinion holders alike – is how Mayer is perceived through, and often judged by, her physical appearance. It’s true that Mayer does fit a typical standard of what is deemed attractive – she has notably feminine/symmetrical facial features and is athletic – but does this need stating every time she’s mentioned in the media? Would the issue of Mayer’s attractiveness even arise if she was instead a male doing a CEO’s job?

Let’s imagine CEO Mayer is, in fact, an average looking middle-aged guy named “Mario” instead of “Marissa”.  The likelihood would be extremely low that “Mario Mayer” would be continually flagged as a being a man when discussing his business credentials or fashion choices. It would be highly unlikely that Mario Mayer would be referred to as “…the cupcake princess of search”.

These examples illustrate the inherent – and often unconscious – bias that such gender stereotyping produces: high-ranking businessmen are considered the norm, whereas successful businesswomen are continually pushed into the category of the other.  Although there’s nothing especially eye-opening about this, as this very type of inequality is obvious to those who deal with tricky issues concerning gender (such as affirmative action, pushing through the glass ceiling, and sexual harassment) it’s still surprising how little this is acknowledged.

What also fails to be generally recognized is how this “otherness” can also be used advantageously. Aspects of the female gender can operate as brands – just like almost everything else – and unfortunately stereotypes sell, or at least gather marketable attention. The “Amazingly Awesome Businesswomen Who Can Juggle a Career and Family Successfully” story sells, and some women do seek to capitalise on this – just as there are men who do the same.

This brings us to the elephant in the room: the issue of Political Correctness. Politically Correct (PC) concepts and ideals exist to address bigoted and prejudicial opinions, so that more balanced perspectives result. Problems arise when Political Correctness is employed not as a way of upholding fairness and equality, but instead as a method of censorship when material doesn’t correspond with specifically sanctioned morality. In some contemporary contexts, being PC is to attempt to maintain the status quo, regardless of context or cost.

Current commentary inevitably includes Mayer’s staunch defenders playing the Political Correctness card when any mention of her more feminine attributes comes into play, including her physical appearance and the fact that she is pregnant (announced on the same day as her impending CEO position). These proponents are understandably keen to champion Mayer’s right to be taken seriously according to her accomplishments alone, rather than having her gender constantly referenced (but is it really reasonable for Mayer to pose for glamour shots and not expect to undergo questioning via non-PC comments regarding her choice to do so)?

The flipside of this blanketed Political Correctness is that it often presents mile-wide targets for nasty responses aimed squarely at negatively hyping the fact Mayer is a woman first, and a successful Businesswoman second – if this second fact is even acknowledged (hello, Internet Trolls!).

So is Mayer really an ideal poster girl for feminist idolisers? Does she actually exemplify traits that actualize fairness, respect and progress for women? Fortunately, when you’re parsing Mayer as a person only, rather than a gender puppet or brand designed to spark controversy to rack up outlandish pageviews, there are other relevant issues that demand equal attention, including how she’s actually performing in her CEO role.

In short, Marissa Mayer is an individual to be reckoned with in her own right, regardless of gender. The next time you’re tempted to vault onto any conversational high horse (or low Troll) concerning similarly successful women who hold positions of power usually reserved for men, take a breath and think.

Think whether you’re about to slant your feedback with a mindless PC shield designed to blindly defend any and all of her actions, regardless of consequence or context. Think if you’re champing-at-the-word-bit to troll the hell out of her (and females in general) with bigoted comments about her bra-size or hair colour. Then perhaps assess whether a response designed specifically to foster controversy (and garner high pageviews) is bad, and if instead balanced commentary is good. 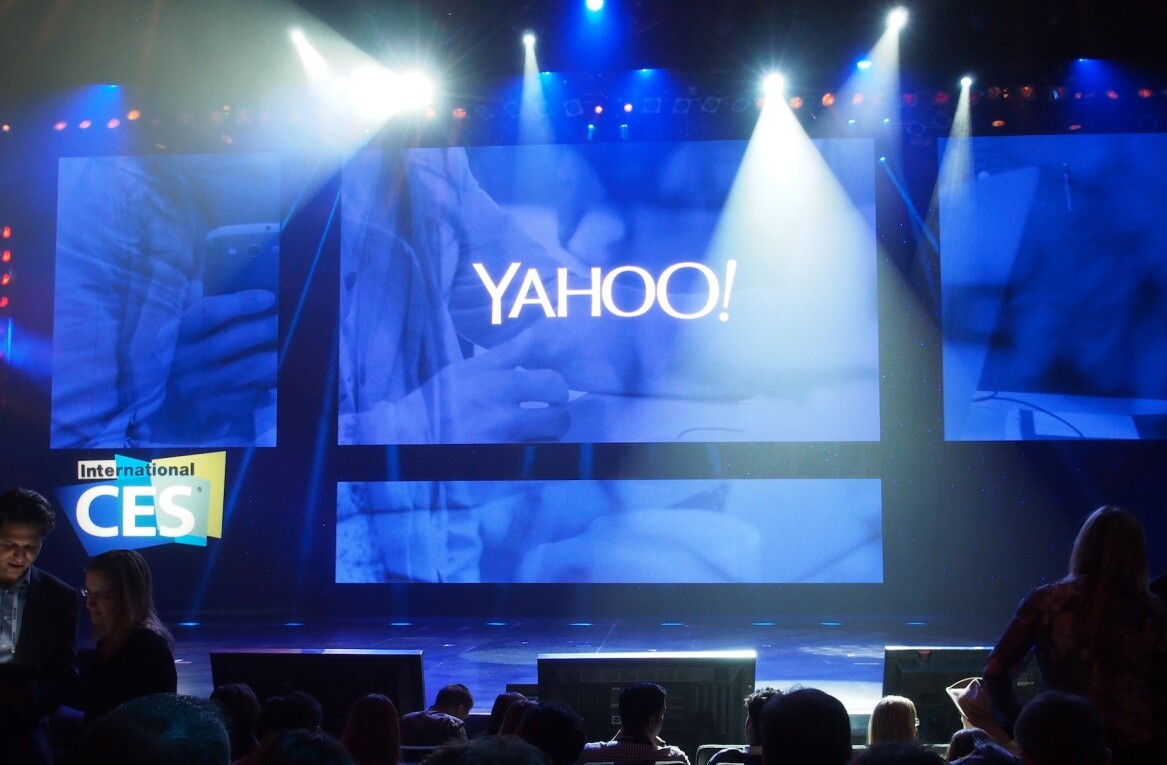