This article was published on August 7, 2011

Gaming catering to a Middle Eastern audience has seen many new developments in the last month. A new Facebook game likened to Farmville, Jordan-based Aranim’s game Happy Oasis, racked up 100,000 users in 10 days. On the opposite side of the spectrum, an Egyptian iPad game, Egyptian Revolution (Jan 25) based on the Egyptian popular uprising, has been criticized for an attempt to cash in on events that led to the deaths of almost 1,000 people.

The most recent game catering to a Middle Eastern audience comes from Jordan-based Wizard Productions. The Arabic game, Operation Arabia, a 3D massively multiplayer online game (MMO) Facebook game whose private beta launch coincided with the beginning of Ramadan, is the first of its kind to be developed in the Middle East. Sohaib Thiab, the co-founder of Wizard Productions gave us a little insight into how the game works.

“The game includes stages from different Arabic cities, the characters are Arabic and have an Arabic look, players can customize their characters and purchase upgrades for them either using in-game money or the game’s premium currency. There are two teams in the game, special forces and militia, each side have their own weapons and clothing of course, since this is purely a multiplayer game there is no story line for it, the player simply creates his character and plunges in to multiplayer action.”

The screenshots of the game featured on Arab Crunch are impressive, so hardcore gamers may not even think twice about any political implications, and get straight to gaming.

If a game was developed outside of the Middle East, featuring armed soldiers ripping through Arab cities such as Amman, Riyadh, Abu Dhabi and Dubai, would the region welcome them, or take offense? We decided to see what some of the Middle East’s own gamers, the target audience for the game, had to say.

Mohamed El-Shinnawy, a software engineer, had his doubts:

“I can only assume that it’s set in some Middle Eastern countries to seem appealing to the target audience, Arabs. But then again, I struggle to understand why use the classic Special Forces versus Militia plot. To me, this is definitely stereotyping Arabs as violent people!

I think they could’ve been more clever in plotting something like “External forces of evil” trying to take over our Arab countries, and the Arabs are fighting for their freedom, or something along these lines.”

“I’ve noticed how heavily it is modeled around Counter Strike and I’ve tried researching further on whether Operation Arabia adopts the same team model in Counter Strike (having the player choose between terrorist and counter-terrorist teams).

It turns out that players do indeed choose two different teams, however I’m still lost on the classification of the enemy forces in Operation Arabia. They’re supposedly special forces versus militias, but the term “militias” here is what worries me. Because this game is situated around Arab-based locations and maps, a foreign eye could naturally mistake the militia as pertaining to a Jihadist group, since militia is mostly defined as a military group that often engages in rebel activities.

In our region, rebel groups either have a political or a religious agenda, and for a game with an Arab setting where you’re pitting government forces against rebel militias, it could only spell unrest and violence in the Arab world. Maybe I’m reading too much into it, but the “militia” classification raises too many questions.”

Raymond Ayac, a marketing executive, had a slightly different take to his peers.

“I love the idea and it was bound to happen, since every other country delivered a Terrorist/Counter-terrorist game. The fact that the maps are all in Arab countries is a kick-ass idea, which should find huge adoption rates!

As far as stereotyping goes… C’mon, do I really need to elaborate here? of course it stereotypes us, but then again all the world has done that for countless years, I doubt this will make a huge impact in that perspective. I also think it being a Facebook game will boost it’s popularity, but serious gamers will wait for a stand-alone PC/Mac game for the full experience.”

Peter Zaki saw no harm in the game, saying:

“I see nothing overtly offensive here, I think it might be fun to play, actually. MMOs usually have a fair bit of role-play in them (even if they’re not directly classified as massively multiplayer online role-playing games), and for an Arab gamer for example, playing in ‘familiar’ settings just adds value to the game, where he/she can imagine himself/herself in his usual setting (place and such) but being someone else and doing different things.”

He added, as an afterthought:

“However, there might be a small problem here, which is the political overtones that could (would have to play the plot to know for sure) be offensive for certain people. For example who’s fighting whom? Are the Militias “rebels”? Do they fight government forces? How does the plot portray each faction?

If the designers are true to their craft they should make each side’s storyline and narration self-justifying. You join one side and play against the other, and while playing the story shows you that you are “right” in how and why you’re fighting, so that there would be no decidedly “evil” player – that is only used with non-player characters in a game (computer characters, a.k.a. non-player characters) for obvious reasons.”

“I don’t see it as being particularly offensive or harmful at all, nor do I see it stereotypical, especially since the team developing it are in fact Jordanian. I think they just decided to provide a game  that – while similar to Counter Strike – would provide an experience that seems more familiar to the players, since the settings are decidedly Arab. It’s an interesting endeavor, and maybe it can actually attract attention of casual Facebook gamers.”

“I don’t find this game offensive at all. From the trailer and what I read so far; it seems to only use Middle Eastern cities and locale as a setting. There’s no conflict introduced in anyway. They used Counter Strike as an analogy, so according to that, I think it’s going to be just people shooting each other, which is pretty harmless in my opinion.”

If you want to try the game out of yourself, Operation Arabia will open to the public in September.

Is the controversy warranted?

This all leads us to the question: Are games that cater to a Middle Eastern audience, or are set in a Middle Eastern location, bound to create controversy, either out of a need to be overly-politically-correct, or possibly out of an over-sensitivity? Or is there a certain line that simply shouldn’t be crossed?

Games with a certain amount of violence in them, particularly those in the vein of Operation Arabia are no strangers to controversy. So is setting a game like that against a Middle Eastern backdrop just asking for trouble? There are examples of similar, and more elaborate, games set in identifiable US cities such as New York and Washington DC, but the controversy surrounding these games is often related to the level of violence, rather than location.

Happy Oasis – the farming social network game – on the other hand, bears an uncanny resemblance to FarmVille, but throws a distinctly Middle Eastern flavour into the mix. Work your way up the levels, planting and harvesting crops, putting up tents, and taking care of your farm animals, and camels of course.

The characters are dressed in traditional Middle Eastern garb, complete with headdresses of all varieties. While the characteristics have been described as stereotypical by some, that accusation seems extreme, and without exception, no one we spoke to was offended by the game.

In fact, one of Aranim’s own goals is to fight back against the stereotyping of Arabs. The cartoonish characters in the game are in keeping with the genre, and that is all Happy Oasis appears to be – a fun, cartoonish game which clearly appeals to the masses.

Operation Arabia, on the other hand, because of the violent nature of the game, produced mixed results, particularly over the classification of Special Forces and Militia. Being politically correct seems to have trumped everything else in the 21st century, and this is especially problematic when it comes to gaming.

Should we just take the games at face value, and play them without worrying about labels? Or should there be a sensitivity to political and cultural intricacies? At the end of the day, there isn’t one hard and fast rule about Middle Eastern gaming, and to see innovation and developments coming out of the region deserves a bit of praise. 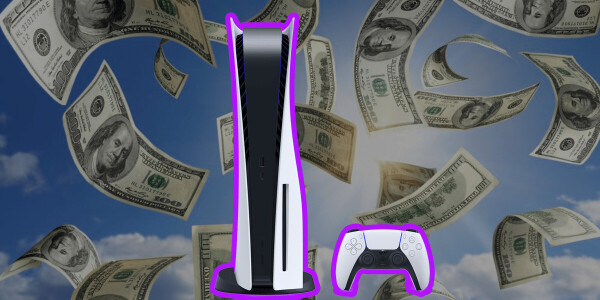 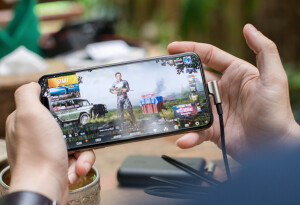