France has been getting some bad press of late where entrepreneurship and disruption are concerned.

First there was the damning New York Times piece about how all the French entrepreneurs are moving to London and anywhere else that isn’t France because of the terrible economic climate for technology startups. Then the news of French rules against the handling of emails after 6pm, leaving the rest of the fast-paced, always-on startup world wondering when any work could possibly get done.

However, for those in doubt of France’s startup culture, I have witnessed first-hand how the luxury industry is being disrupted and broken down – and it’s the French startups that are doing it. Last week I spent two days at the Hackers On The Runway conference in Paris, organised by French technology accelerator TheFamily, which recently raised $1 million from investors such as Index Ventures and is perhaps one of the only tech accelerators in the world that has such a panache for doing things with soul.

Founded by Alice Zagury, Oussama Ammar and Nicholas Colin, The Family is making huge waves not just in Paris but in the worldwide startup ecosystem with the mantra that anyone can be an entrepreneur – they just need nurturing. With the goal to become a ‘Y Combinator for the rest of the world’, The Family wants to be the nurturer of this growing number of global startups.

The conference bought together some of the big names in luxury: Manuel Diaz, President of the digital communication agency Emakina France who manages the digital side of designer Karl Lagerfeld, and Jacques Beungert who resurrected popular 60s min-skirt brand Courreges from near death to multi-million dollar brand that it is today.

Some of the biggest names in digital were there too, with one of the world’s best marketers, Seth Godin delivering a golden speech on how the meaning of ‘luxury’ has charged from expensive cars and clothes to social status and capital, posing the question ‘is digital the end of luxury brands?’

The conversation turned to how digital is invigorating luxury brands like Burberry and Courrèges, providing a new platform to reach and connect with customers, and informed data with which to make better decisions about their products.

In a world where everything is available for cheap, the internet is giving birth to a new batch of luxury startups like Julie Deane’s Cambridge Satchel Company and Paul Van Zyl’s Maiyet. Customers increasingly want brands that focus on the traditional craftsmanship of the product, and are willing to pay more for an item that has clearly been hand-crafted.

Kickstarter co-founder Charles Adler talked about how modern CEOs’ sick fixation with ‘exponential growth’ and ‘hockey-stick growth curves’ meant products had become so cheap to manufacture they did not hold value to the consumer.

He argued that some of the $752 million that had been raised on Kickstarter for over 50,000 products, showed that a niche group of consumers were willing to pay a much higher premium for products they knew had been authentically manufactured.

Then the conversation shifted again, this time to 3D printing, where speakers such as Golan Frydman of Fyodor Golan and Jerome Bergeret from Dassault Systems asked where craftsmanship would be left at a time when consumers will soon be able to 3D print any product, with any material from any brand world-wide? There would still be the need for designers, but how would a brand like Versace, retain copyright royalties if consumers could print exact replicas of their brands at home?

Wearable tech was another big topic at the conference. Amalia Agathou, manager of the London College of Fashion accelerator Front Row I/O (and former TNW employee), interviewed Studio XO founder Nancy Tilbury. Tilbury has found huge success working with pop signer Lady Gaga on becoming an icon in digital fashion, and creating scientific and digitally inspired clothing. She gave some fascinating insight into what it now means to be a designer in the digital age. At a time when our clothing can respond to our heartbeat and skin moisture levels, a far more scientific approach was needed to fashion design, she argued.

Greg Marsh, founder of One Fine Stay, the Airbnb for Luxury and Serge Alleyne, founder of the ‘Uber for everything’, Tok Tok Tok, took to the stage to discuss how the rise of the sharing economy and software-as-a-service platforms have meant that services that were once deemed luxury and only for the super-rich, like a private driver (Uber) or staying in five-star accommodation (One Fine Stay) or a personalised delivery service (Tok Tok Tok/Postmates), could now be rolled out to the mainstream.

The startups disrupting the luxury market

The conference also invited some of France’s top luxury startups to present of stage, here’s a pick of some of our favourites, Meet the hackers:

Virtusize was founded by Web entrepreneur and fashion enthusiast Peder Stubert, who wants to crack the last big hurdle in apparel eCommerce – illustrating size and fit on clothes sold online.

The product is a virtual fitting solution helping online retailers to illustrate size and fit. With Virtusize consumers can compare a garment they want to buy with a garment they already own, and thereby remove the guesswork from online shopping.

Tok Tok Tok, a French startup that’s tackling a similar problem to US-based Postmates — having somebody shop on your behalf and deliver the item within the same day or even hour — has raised its first round of funding.

It’s taken $2 million in investment from undisclosed, mainly European, angel investors; money the company plans to use to expand beyond Paris where it first launched last April, to other European cities, with London up next.

Founded by Valerio Nappi and Valerio Mezzanotti NowFashion is the first online magazine to publish photos from fashion shows around the world in real-time. 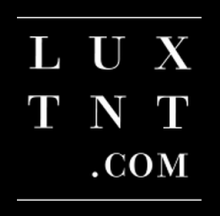 Founded by Bobo Rock and Tim Kau, LuxTNT is the Chinese version of Rent the Runway – a clothing rental startup that enables customers to try on dresses before they buy or rent them for a period of time needed.