Global independent rights agency Merlin has agreed to the settlement of a long-running copyright infringement dispute with New York-based Sirius Satellite Radio for a sum of $1.6 million.

Merlin fought for the settlement with Sirius Satellite Radio over its Stiletto range and other similar recording devices, after claims were settled with the four major record labels between 2007 and 2008. Stiletto is a portable satellite radio that allows subscribers to listen to live Sirius programming and record it to listen to at another time. Music rights advocates argues that the pocket music player provided an on-demand service without due payment of royalties.

The settlement was made with Sirius and not with SiriusXM. It was filed against Sirius, as it relates to infringements that date back to a time prior to the companies’ merger. Merlin separately settled with XM Satellite Radio in April last year.

The court-approved agreement closes a longstanding class action lawsuit. According to Merlin, while achieving a settlement of its own members’ claims, the decision to participate in the class action was pivotal to the achievement of the $1.6 million settlement for the entire independent record sector.

As a result, Merlin members and all other independent record labels that had their sound recordings transmitted by Sirius between November 1st, 2005 and 26 August, 2011 have the opportunity to participate.

The agreement follows a similar arrangement announced in April 2011 relating to Merlin’s role in a class settlement with XM Satellite Radio over XM’s Pioneer Inno recordable radio receiver and other similar recording devices. 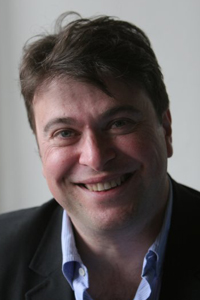 Merlin CEO Charles Caldas is pleased with the result and said:

“At a time where market consolidation is swallowing up more independent interests, delivering even more power into the hands of the largest major labels, adding this settlement to the growing list of litigation successes achieved by Merlin on behalf of its members is gratifying. Actions such as this further underline the enormous value that Merlin provides to the ever growing list of independents that have chosen to enhance their business by joining our organisation.”

Merlin commenced operations in May 2008. Since then it has struck deals with a large number of digital services including Spotify, YouTube, Google Music, Rdio and Simfy and reached a number of copyright infringement settlements on behalf of its members with amongst others Limewire, Sirius Satellite Radio, XM Satellite Radio and Grooveshark.