If your conversations on iMessage have suddenly started making a lot less sense, you’re not the only one. Apple’s ultra-popular messenger is suffering from an annoying bug that messes up the order of your texts.

The result is such that texts might appear in a totally different order for various participants in the same conversation.

You can check out these screenshots from a chat between TNW’s editor-in-chief Alejandro and editorial community manager Georgina; the images ought to give you a better idea of what the issue is. For the sake of clarity, Georgina took the first screenshot, while Alejandro provided the second one: 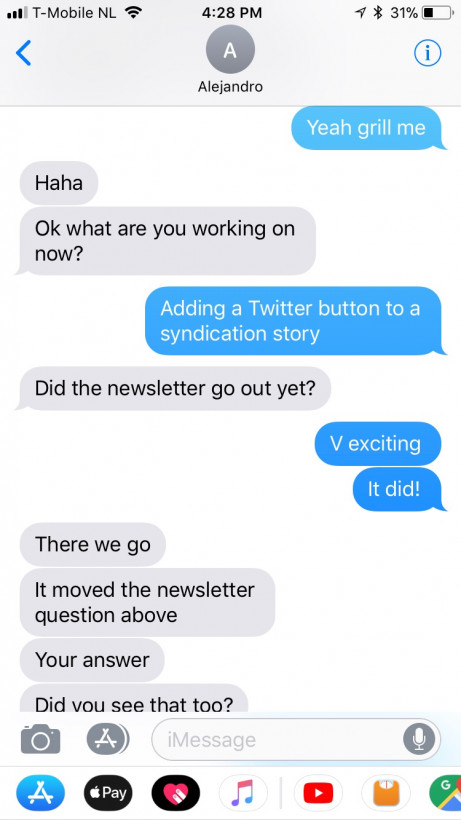 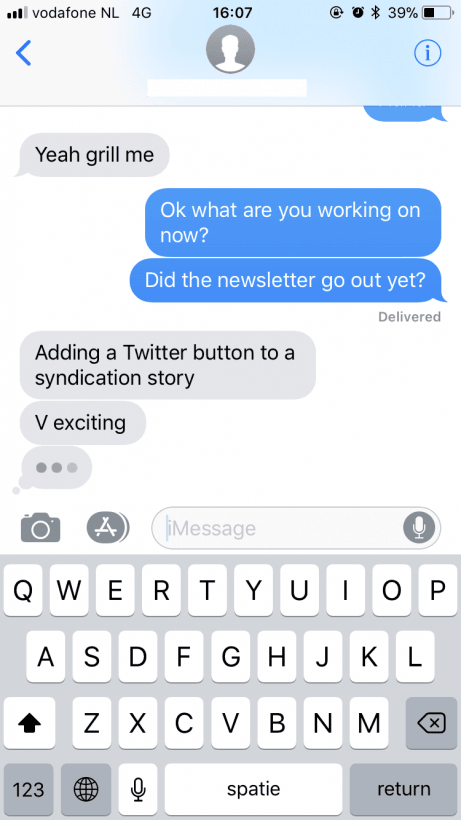 As you will notice, the same messages appear in the same chat – but for some reason, both users see them in a different order.

The discrepancy in order is even more evident in the feature image above, where I’ve marked each corresponding message with a respective color.

The issue appears to be pretty widespread, with some miffed users discussing it on Twitter:

Is there a widespread iMessage ordering bug that's happening? It's messing up order of texts on a single device I am having with one person, after they are delivered.

I’ve been seeing this too for a few weeks now, on phone and computer.

While it remains unclear what is causing this glitch, numerous users have taken to the Apple support forums to report the same issue. According to the records, the bug dates as far back as December last year; though it does seem more and more users are noticing the issue this month.

Some posters have commented that rebooting your iPhone seems to put all texts in the correct order – still, that hardly qualifies as a legitimate solution.

Then there are also a couple of one-off complaints about the same issue dating back to late 2014 and early 2015.

We’ve reported the issue to Apple and will report back if we hear back from them! Meanwhile, go back to WhatsApp – or Messenger, or Telegram, or whatever your preferred chat client is.

Update: Apple has since released an update for macOS High Sierra 10.13.3 that purportedly fixes the screwed up iMessage conversation order.