IFTTT now allows developers to weave its service through native apps, and will be opening its platform up.

Currently, IFTTT uses a series of hooks that tie services together. An example: when your Nest camera records movement, IFTTT can send the video to your Google Drive cloud storage account.

Named ‘Recipes,’ the back-end services are tied together via IFTTT, which does things like monitors your Nest account for a recording, then facilitates a file transfer to Drive.

In bringing IFTTT to native apps through its new Partner Program (which has been in beta for over a year), the company says users can activate Recipes without ever leaving their favorite apps. It also lets services that may not be familiar with IFTTT integrate it into an app without a lot of technical debt; so long as they’re official partners, they’re eligible. 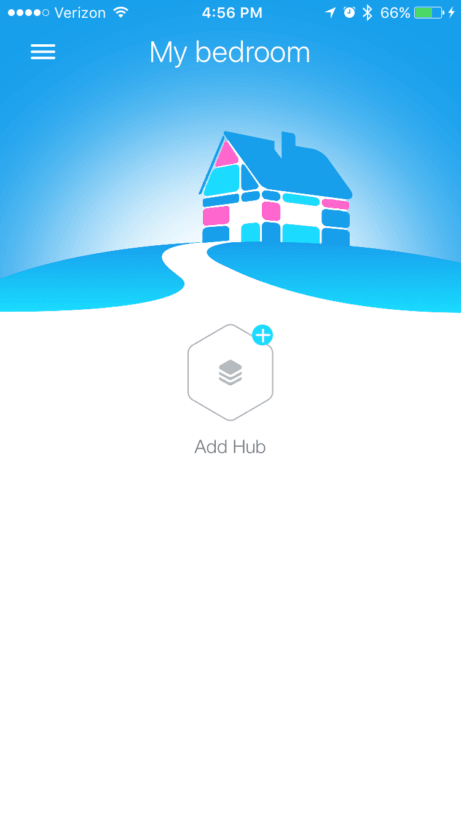 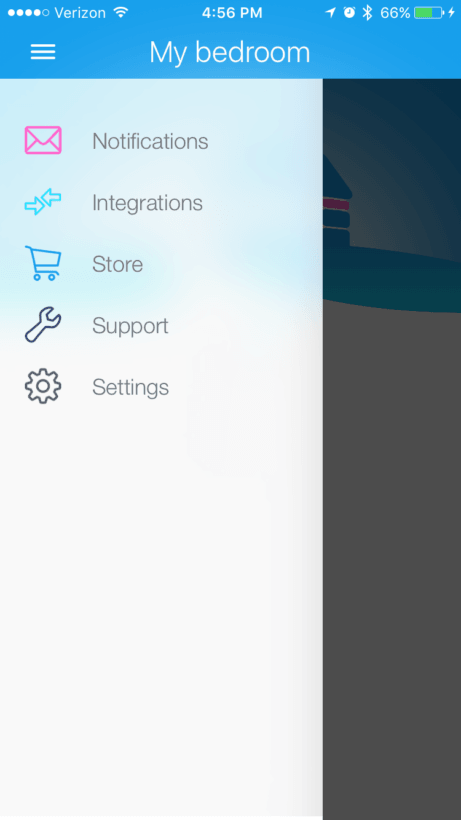 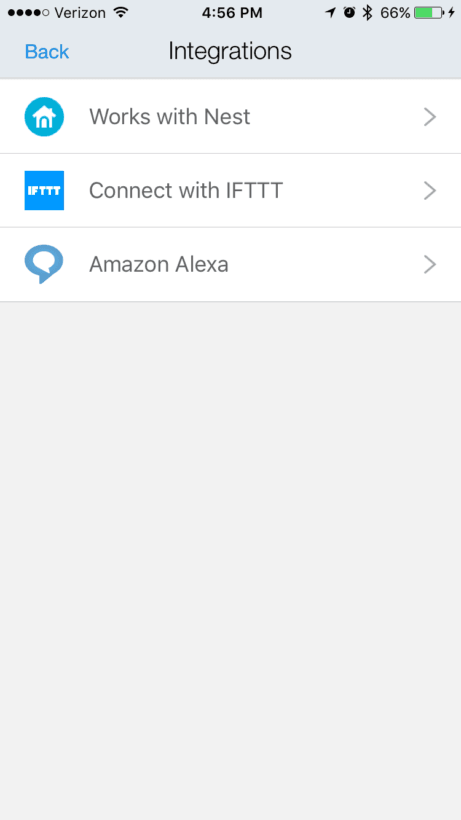 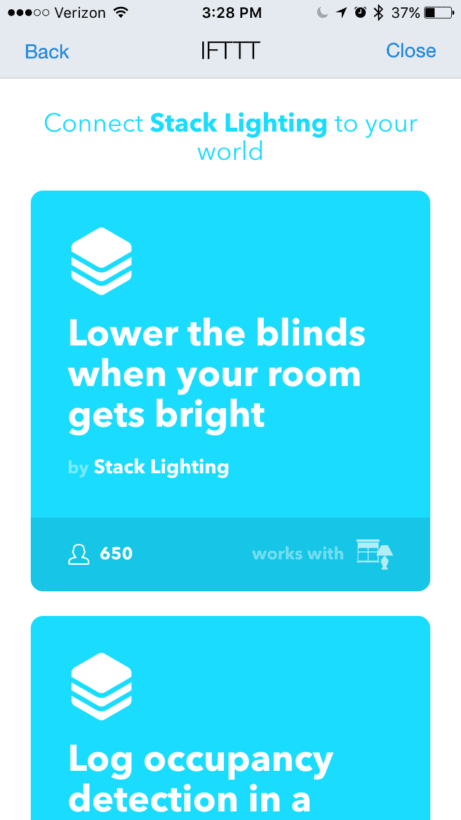 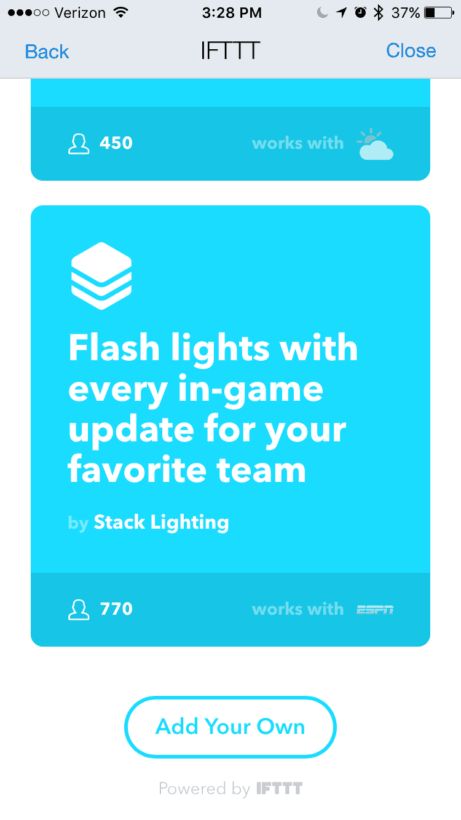 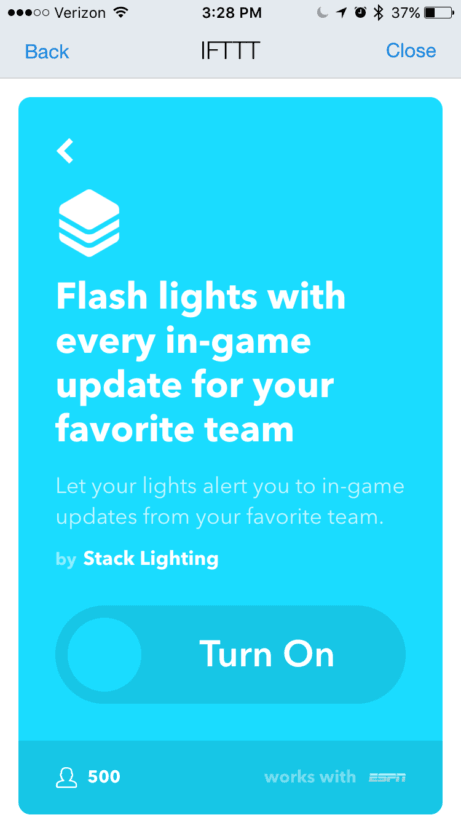 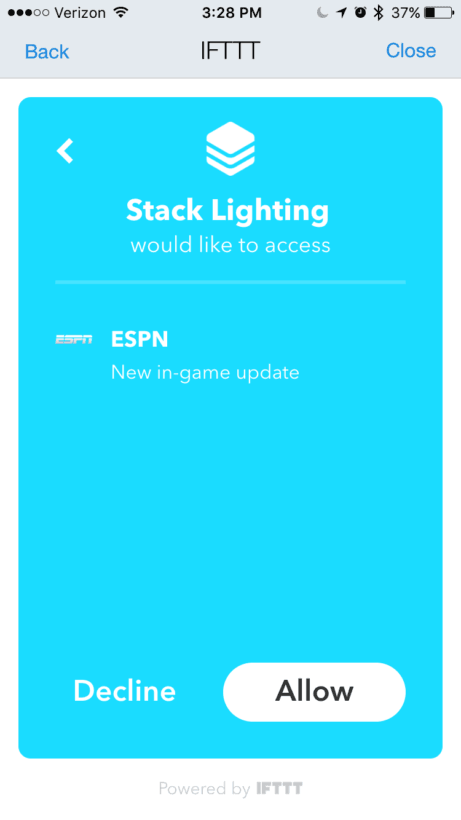 Recipes can be toggled on or off in the app itself, which makes for a much cleaner experience than we have now. Currently, activating a recipe means you have to make your way to IFTTT to set up and manage the Recipe — and make sure your chosen services are already active.

For developers, this increases the type of functionality their apps can offer almost endlessly (though it also means space for Recipes will have to be carved out, likely in the settings menu). Users will also be able to take full advantage of IFTTT without having to manage a secondary account they’d otherwise not touch other than adding new functionality or fixing a broken link. It’s just more streamlined and simpler.

And in a time when most of us are using native apps and a cloud backup or sync service, IFTTT’s native integration makes a good bit of sense.

It’s currently available with apps like Automatic, LIFX and Skybell (all ‘Internet of Things’ services), but expect to see more apps start integrating once IFTTT’s platform opens up to more developers.