Many of us in the tech community love IFTTT (If This, Then That), an automation algorithm that connects two or more internet-connected tools like a falling domino chain. Since its launch in 2011, IFTTT has expanded widely in the consumer market, with integrations on many popular gadgets from Fitbit, HP printers to Hue lightbulbs and Smappee home energy monitor.

Despite the myriad of IFTTT-integrated devices, however, barrier to entry is often limited to the amateur techie who doesn’t mind sifting through IFTTT channels to set up recipes for their Web tools.

To give users more creative control and ease of use, the company today launched Do, a new suite of apps that should make recipe setups as simple as a touch of a button. The Do apps – Do Button, Do Camera, Do Note – are designed to simplify the process by letting users drag and drop tools they want to connect and customize recipes through a minimalistic UX.

Do Button allows users to connect Web tools together and turn the function into a shortcut widget on their home screen. For example, you can set it so that every time you push the Do button, your current GPS location gets logged into a Google Drive spreadsheet.

At the moment, you can only program up to three recipes on the Do apps, but IFTTT CEO Linden Tibbets says the team is working to let users save recipes for easy swapping, in addition to offering any recommended recipes they might enjoy. Letting users pay for more recipes at once is also a future possibility, but Tibbets says they are focused on keeping the app light and minimal. For now, users can browse a variety of IFTTT actions in the Collections section.

Do Camera has a similar functionality, allowing users to daisy chain the photo being snapped to another application. For example, every photo you take from the Do Camera app can be programmed to automatically attach and emailed to a specific recipient, uploaded to Facebook or imported to VSCOcam.

Lastly, the Do Note app lets users type any particular command and it can be added as a Google Calendar event or sent as a tweet. You can also use voice command to trigger a recipe in Do Note.

Tibbets says by shortening everyday app uses into one button, he hopes to help users take creative control of their Web tools and use them in a fast and easy manner. 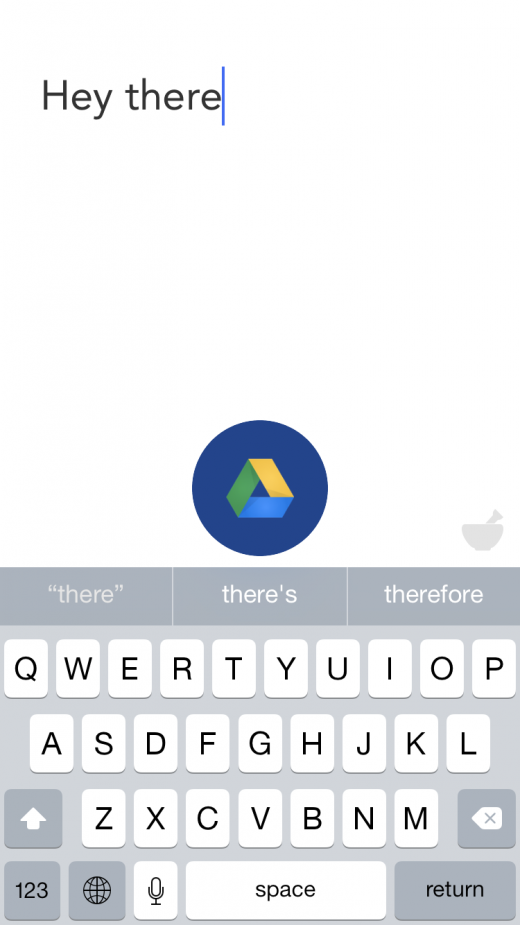 In addition to the launch of Do, the company will also rebrand the original IFTTT app by truncating its name to IF. We asked Tibbets if the company plans to optimize for wearables, but he says the team is currently sticking to devices they know everyone owns (i.e., smartphones) before moving forward.

“We’re focusing on the concept itself right now,” Tibbets says. “But if we can get people used to creating customized buttons on their phones, we’re hoping they will soon want Do buttons for all their devices – cars, nightstand lamp and every other Internet of Things devices.”

The Do apps will open up possibilities for team productivity as well. We’ve already got a recipe on Do Camera to upload photos snapped from live event coverages to TNW’s team Dropbox. If everything goes well, the Do suite of apps may just be the shortcut tool to rule them all.