Towards the end of last week, AFTV News published a scoop about Amazon Anytime, a messaging service that the company is believed to be working on with a bucketload of features including voice and video calling, cross-platform support, encrypted chats and even shared media and games.

The media outlet noted that it had received screenshots from a survey launched by Amazon to learn from customers which features are important to them. Amazon hasn’t confirmed that it’s building the service or said how far along it is in the process. 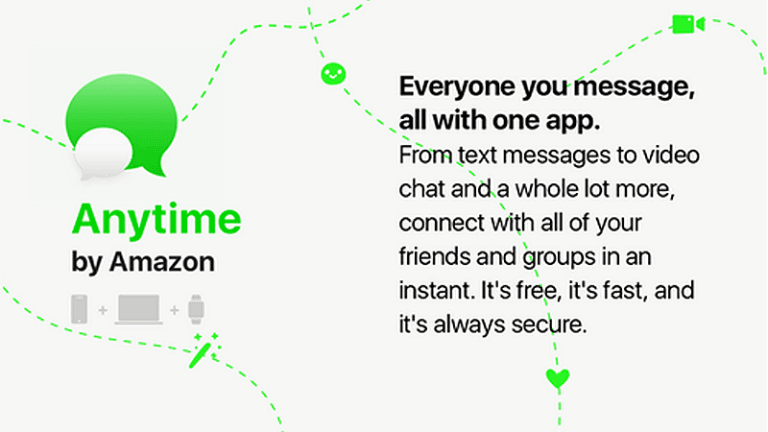 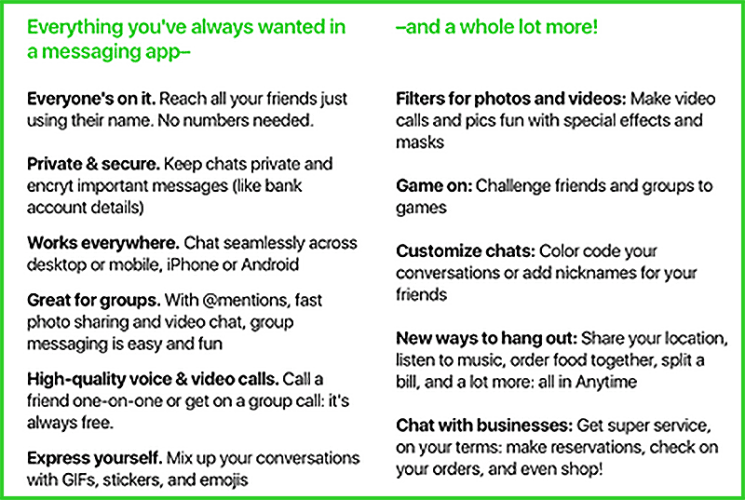 But if there’s anyone who can take on the likes of Facebook and Google in the messaging space, it’s Amazon. While both rivals already have massive user bases and functional funnels for getting users onto their platforms, Amazon has the technical chops needed to build out a great competing service.

It’s built an impressive cloud infrastructure business that not only powers several major online services across the globe, but also brought in over $12 billion in revenue last year. Plus, the company also launched a video conferencing tool for businesses earlier this year, and recently enabled voice and video calling on its Echo lineup of smart speakers.

Amazon could harness those technologies to build out Anytime a bit like WeChat, which lets users in China do everything from hail cabs to pay electricity bills. The ecommerce giant could certainly make it easy to shop directly within the chat app (and within conversations, I imagine), and also integrate with other services similar to how Alexa does with its Skills.

Those are some aspects of the messaging experience that Amazon could excel in and differentiate its offering with. You can bet we’ll keep an ear to the ground on this one.