IBM’s Hello Quantum is now available on Android. If you only like easy puzzle games that don’t explain anything about how quantum computers work, you’re going to hate it.

The game, which debuted on iOS last month, was designed by University of Basel physics professor James Wootton and members of IBM’s quantum computing team. It plays like a combination of Go and Sudoku. And, like all good puzzle games, it’s pretty easy to understand at first but becomes devilishly complex as levels go on.

And that’s a good thing because the concepts it was created to explain are incredibly difficult to understand. The game presents you, at first, with a single qubit – the quantum version of a classical bit. You goal is to manipulate logic gates to make your scattered qubit look like a target image. 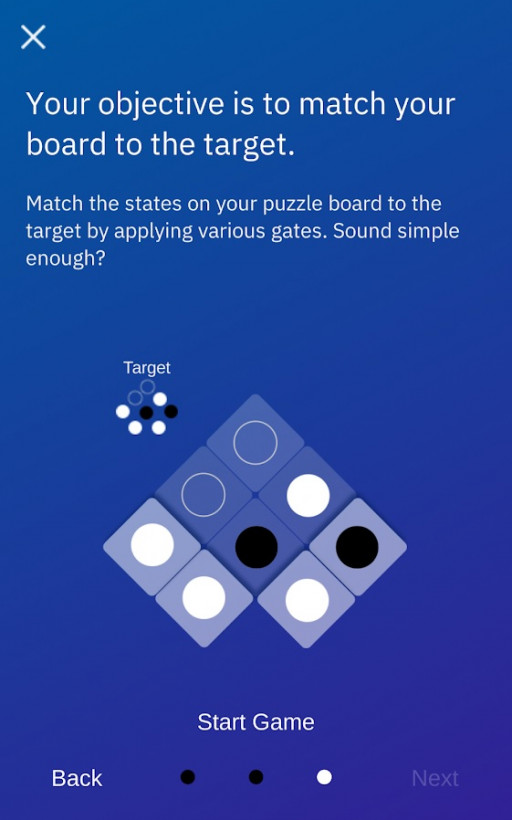 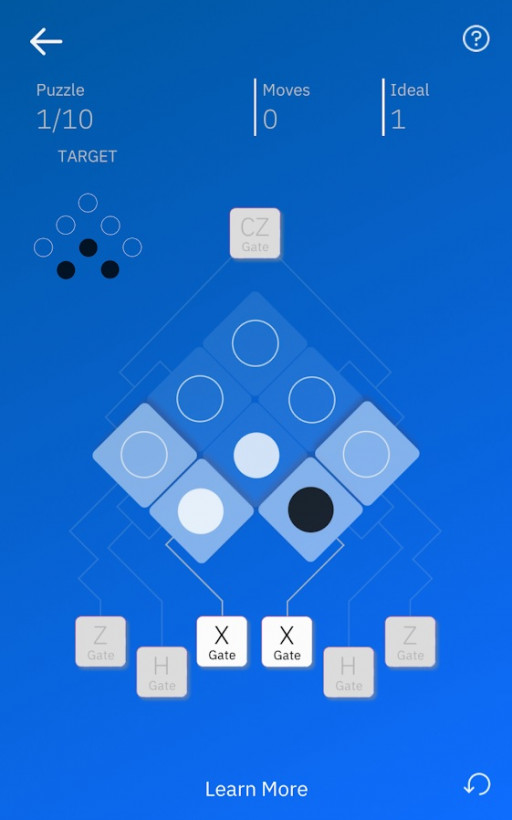 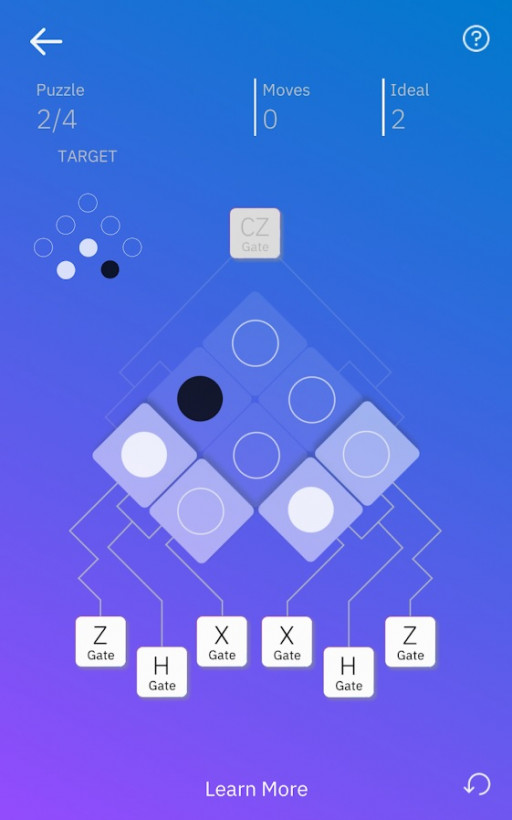 Where regular bits only have two possible states – they’re represented by either a 1 or a 0 – qubits can be 1, 0, neither, or both. It’s a tricky idea to wrap your head around, and it only gets more complicated from there. In order for qubits to exist in such strange states, they play around with the concept of uncertainty.

To complicate matters, players can’t flip the colors over just by tapping on them. Unlike Go, the only way to change the state of the qubit pairs in the game is to move them around using logic gates. Depending on which type of gate you use, the qubits will change colors or swap places with another.

At first you’re dealing with a couple of gates and a single qubit, so there’s only a few permutations to deal with. By the time the game ends, assuming you make it that far, you’ll be dealing with quantum entanglement between two qubits — any more and you’d need a bigger screen.

Just three qubits, for example, would take up 64 grid spaces. Kicking that number up to only four qubits would leave players managing 255, with each additional qubit exponentially increasing the number of grid spaces. When we consider that many experts believe the minimum threshold for a useful quantum computing system to surpass classical supercomputers is a whopping 100 qubits, the mathematics become too great to simulate.

But there is a need to build them. By guiding information through this massive space of possibilities, we can find routes from input to output that would be impossible on a standard computer. Sometimes, these will be a lot faster. Some programs that would take a planet sized supercomputer the age of the universe to solve will be doable with much more reasonably sized quantum computers in a much more reasonable time.

With experts predicting quantum computing will revolutionize the technology world, it might not be a bad idea to see if you’ve got what it takes to become a quantum computer programmer. And this game will definitely teach you some of the key concepts.

You can download IBM’s Hello Quantum game free on iOS and Android, and then – if you just can’t get enough spooky action at a distance – move on to IBM’s Q platform for some real experience working virtually with actual quantum computers.