Being a kid in today’s world is tough. When I had a rough time at school, it generally stayed there. Yeah, there were chatrooms, forums, and things like MSN Messenger, but the lack of social media and smartphones meant it was hard for assholes to interact with you online. Now, with smartphones everywhere, there’s no hiding from bullies.

This is what Russ Whitlock, the creator of the PhoneCloud PX1 set out to solve.

In a nutshell, the PhoneCloud PX1 is a mobile phone designed to be safe for youngsters. Whitlock, who describes himself as on a “personal mission to help children,” was driven to make after his own kid was bullied.

It’s a noble desire and one I can get behind, even if controlling what your child can see on their smartphone seems nigh-on impossible. I mean, with all the weirdos, assholes, and dickheads out there, how can we know if the PX1 can protect an impressionable youth?

This left me with one – and only one – choice: I had to see if this phone could protect me from pervs. In this case, myself.

Okay, but before you do that, how does the phone work?

Thanks for asking. The PX1 runs Android 7.0 (Nougat) and is blanketed in the PhoneCloud software, which is designed to protect the child using it. Out of the box, the PX1 claims to block inappropriate websites, filter out profanity in messages, stop rude images, and by default block app installs unless allowed by the parent or carer.

The really cool part though comes with a subscription to PhoneCloud. For £5 a month (approximately $6.60), the parent/carer (referred to now on as The Overseer for ease) gets access to an online control panel, which gives a real-time view of what the child (referred to now as The Youngling) phone is up to.

After this photo was taken, I sent a text message, made a call, and tried to visit a blocked website, all of which showed up on the dashboard seconds after doing so. Another great aspect of this panel is that it lets you remotely control the phone. So, if The Overseer desires The Youngling to no longer access to the internet, it’s just a click of the button away.

There are even more options available to The Overseer than this though:

There are a lot of options for The Overseer here. Want to spy on The Youngling’s visited sites? Track where their phone is? Enable or disable app installations? PhoneCloud has your back.

Sounds good, but does the damn thing actually work?

Let’s find out. First off, I did what any fourteen year-old would do when presented with a new phone. 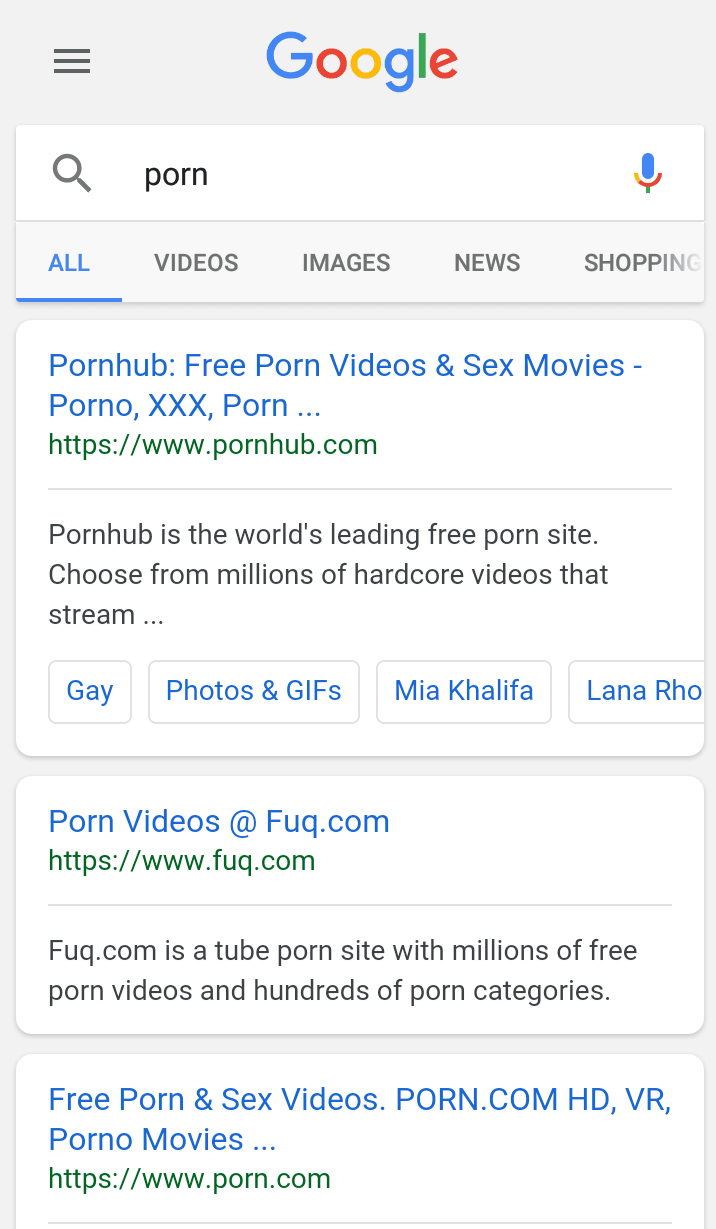 Yup, it showed me some straight-up penetration. Not ideal for a parent looking to protect their offspring. Although, a teenager would probably love this loophole.

It didn’t do too well there, but what about the message filtering?

The aforementioned dashboard includes a customizable list of 1,000 banned words. Some of them are horrendous and have no place in society. Others? I’m sorry to say are downright hilarious:

I had to test out how ‘smart’ the content filtering was. Would it just block rude words or could it understand context?

I then texted the lyrics from the chorus of “Freak Me” to The Youngling.

Aaaand the PX1 received it.

This is somewhat troubling because this is undoubtedly sexual, even though it avoids regular curse words. This content filtering system is definitely not ‘smart’ then.

The next step was to try some everyday swears to see how the PX1 would react. Here’s what I sent:

And what did the PX1 receive?

There was one difference between this test and the “Freak Me,” one though: the PhoneCloud service sent The Overseer’s phone this message.

I don’t get why The Youngling’s phone received this message. Surely the wisest course of action would be to block the whole thing and send an alert to The Overseer’s phone? Not just let it through?

That doesn’t seem too useful.

Anyway, another feature the company mentioned is related WhatsApp. They suggested downloading the app and trying to send a photo showing some flesh. I made a new Google account, logged into the store and downloaded the app.

Hold on – didn’t you say app installations were blocked by default?

Yep – and it still let me download and use WhatsApp without notifying The Overseer. When I checked this on the dashboard, it showed that I’d downloaded the app and that app installs had been disabled.

Anyway, my first port of call was to see if the PX1 has the same content filtering system set up as normal texts.

Nope. The Overseer’s phone received nothing. Considering how many kids communicate over third party messaging apps, this is a bit of an oversight.

Still, I was excited to try out this image filtering, so I sent this hot photo to The Youngling.

And it worked! The image was automatically blurred on The Youngling’s device:

And, if you The Youngling tries to download this photo, they receive this message:

There was another issue – the image filtering only works one way. In other words, you can send fleshy images from the PX1, even if it can’t receive them. I think the flaws in that are clear.

You can say that again.

Oh dear. Also, you haven’t talked about how the phone looks and performs.

My bad, have a little gander at this:

For example, you can get an Honor 7X – that has much higher specs – for $200. As it’s a kid’s phone, I guess the idea is the handset itself doesn’t matter too much, even if I think that’s underestimating how tied children are to the aesthetics of smartphone ownership.

Still, the PX1 performed fine as a handset and I had no problems using it, despite how basic it is.

Wow, what a glowing recommendation

Listen, I really wanted the PX1 to be great. The idea behind it is pure and lovely, and, having been bullied as a kid, I do genuinely worry about how young people are navigating the modern world of social media.

Unfortunately, the PX1 doesn’t quite work. The dashboard feature is great for keeping an eye on what young folks are up to, especially if you want to limit use, but there are just too many easily-accessible loopholes for it to be the solution to online bullying or perv protection. I hope some of these will be updated in future updates.

Right now, the PX1 is an interesting choice for worried parents, but be prepared for an imperfect solution.

For more information, you can head over to the PhoneCloud site.