I’m privileged. As the US Editor of a major tech publication, I wake up each morning and go to bed each evening knowing the words I’ve written reach an audience in the tens of millions. For that, I’m asked to inform and entertain, to explore topics of interest to our readers, and deliver a finished product worthy of being shared with their friends. Many, however, don’t have this luxury.

So, if you’ll indulge me, I’d like to make a brief departure from our regularly scheduled programming to talk about a situation in my own backyard, one that warrants use of my platform, and hopefully your attention.

Cold and wet, I started yesterday morning in an enviable position. Unlike many of the refugees I was in Tijuana to see, I had proper footwear and a coat.

For many, 50 degrees isn’t all that cold. It’s the sort of chilly weather that requires a light jacket before heading out on an autumn morning for a cup of coffee. But most of us aren’t refugees. We didn’t flee a country with 300-plus days of sun each year with only flip-flops and tank tops. We aren’t sleeping on the pavement under a tarp. For those living in this makeshift tent city, 50 degrees may as well be the Arctic. And that was before the rain.

For some, the group is known as the Refugee Caravan: a group of immigrant hopefuls from Central American countries like El Salvador and Honduras fleeing their homes with only what they can carry on their backs. Citing gang violence, political instability, and/or domestic abuse, they’ve uprooted their lives to embark on a months-long pilgrimage seeking greener pastures in the United States through the asylum process.

Others call them “gangsters,” “illegals,” or “bad hombres,” the types hell-bent on upending your peaceful suburban existence through all manners of savagery, including, but not limited to gang violence, drug smuggling, and the formation of terrorist sleeper cells.

Titles, though, are only as important as the significance you attach to them.

In stripping away titles, we can begin eating away at the partisan nature of the argument. Whether you believe these refugees are abusing the asylum process for an easier life in the United States, or that they’re in legitimate danger in their home country, doesn’t matter. At its core, both point to the fundamental values Americans have been raised to believe are true: regardless of your situation at birth, all it takes is hard work and determination to achieve the life you want to live.

For “A” —  an 8-year-old I spoke with but didn’t photograph after her mother expressed fear over being found by those they were fleeing — it couldn’t be simpler. By leaving Honduras, she no longer had to fear the “bad man,” a neighbor who threatened her family before killing her uncle, and burning her house to the ground. Her cautiously optimistic gaze shifted when telling the story, as if recalling the events that led her here. She brushed away the curly hair framing her face, leaving only the burn scars, a physical representation of a past life that extended from her temple to the left side of her neck.

I didn’t have the heart to ask if they were from the house fire.

Or there’s Paola, a 12-year-old watching suspiciously as “A” and a group of several of her siblings roughhoused in the corner of their makeshift home. As she tries to hand me candy I get a little choked up. Seeing how little she has, I’m amazed at her desire to share it with me, a “rich gringo” as her friends like to tease. Paola has also lost family members to violence, but didn’t want to talk about it.

Instead, we talked about her future, which she hopes involves moving to the United States to become a veterinarian. She took on the responsibility of caring for the strays she shares the street with, a task she’s quite good at according to a group of eight or nine kids I’m currently sharing a blanket on the ground with.

I note the dynamic between her and her sister, 10-year-old Daniella — her the quiet, eloquent speaker and Daniella the charismatic and exuberant comedian. I suggest a career as a TV duo, as the banter is really quite excellent. She has no desire for fame or money, she tells me. She only wants to “be safe” in the United States so that she can “work hard” to achieve her goal of being a veterinarian.

Her sister isn’t quite as sure. She wants to “study hard and let God decide,” noting only that she wants to “be somebody.”

There’s Guadalupe and Jeffrey, pictured above. Guadalupe fled the country with her son after unrelenting recruitment pressure from El Salvadorian gangs. After attempting to recruit his classmates, the gangs then started pressuring Jeffrey. What started as bullying, later turned into threats and that’s when Guadalupe decided she’d had enough. Both walked from El Salvador to the Mexican border, where they joined the caravan.

If their asylum case is denied, Jeffrey is content to stay in Mexico. Guadalupe tells me living “anywhere the gangs aren’t” is the ultimate goal, as she sweeps crumbs from the pavement serving as a floor under a ripped tarp tasked with acting something like a roof.

I keep returning to this central idea throughout my time here. Regardless of who I spoke with, the goals and desires closely match those of anyone else I’d ever met — regardless of race, geographic location, or ethnicity. These refugees want what we all want: Comfort, opportunity, and above all else, safety. The only difference is that for these refugees, they weren’t fortunate enough to be born in a place where their desires meshed with reality.

In wrapping up my time here, and before I head back across the border to the US without so much as a second glance by Customs and Border Patrol, I’m grappling with feelings of guilt, shame, and a desire to do something for these people. Not sure where to begin, I figure a good start would be using the platform I’ve been given to shed some light on their situation. I quickly decide on a return trip, Saturday, to bring supplies. I promised clothing and toiletries to a family I’d grown particularly fond of during my time here. Daniella reminds me to bring candy, before hugging me as I leave. 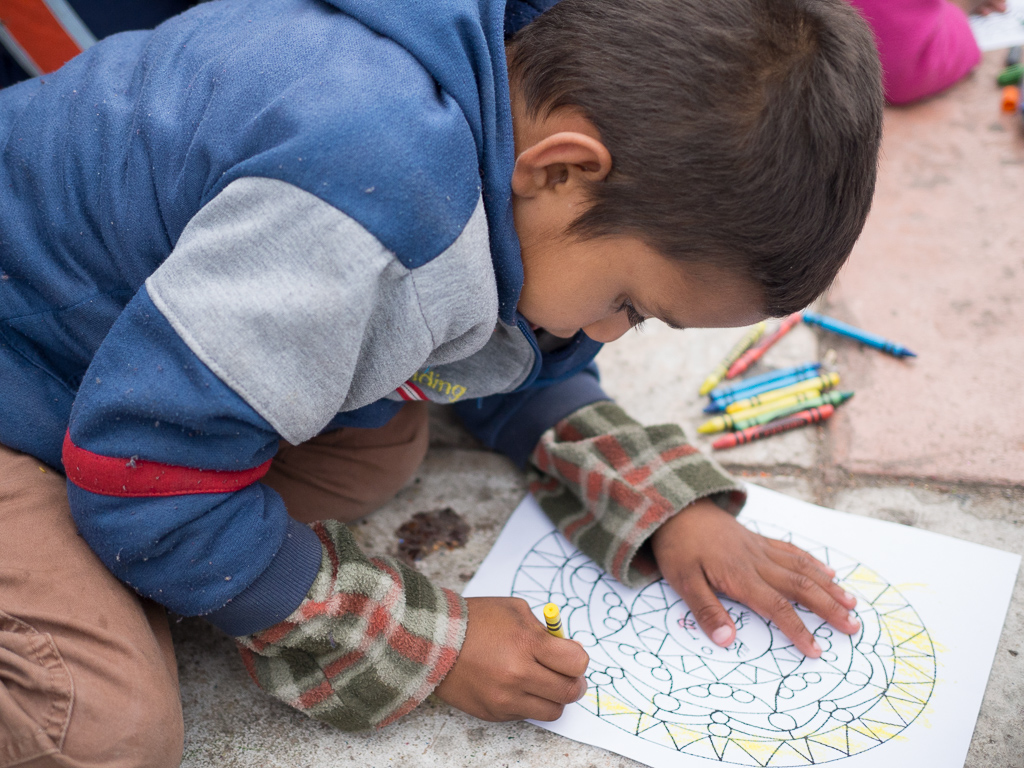 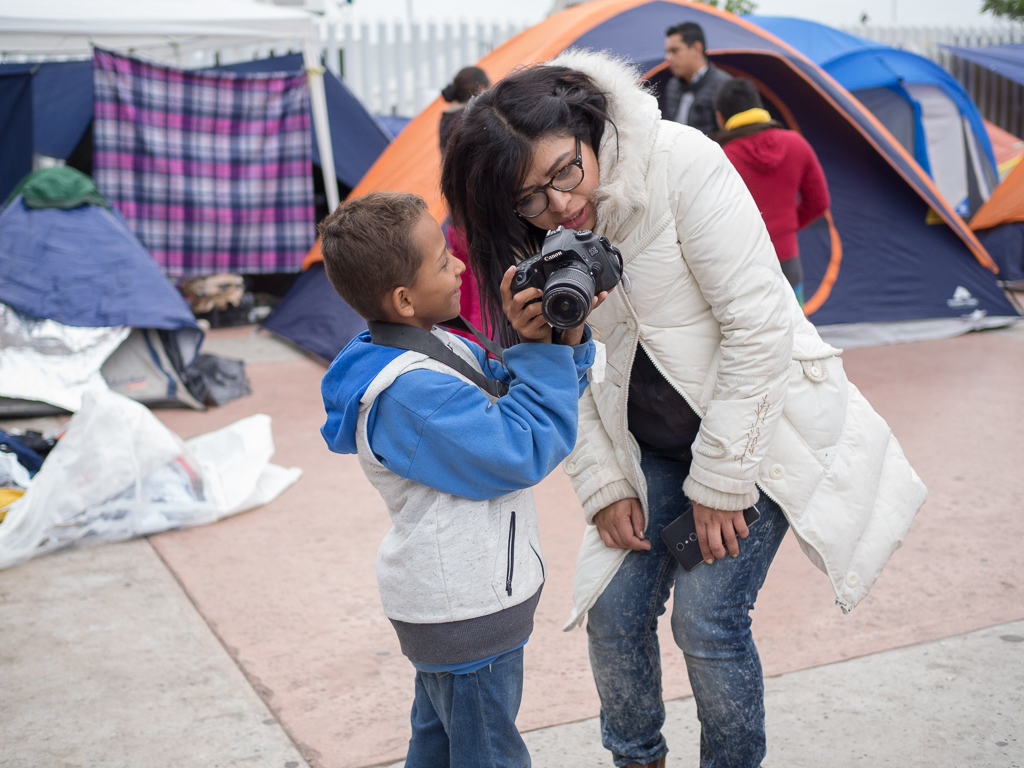 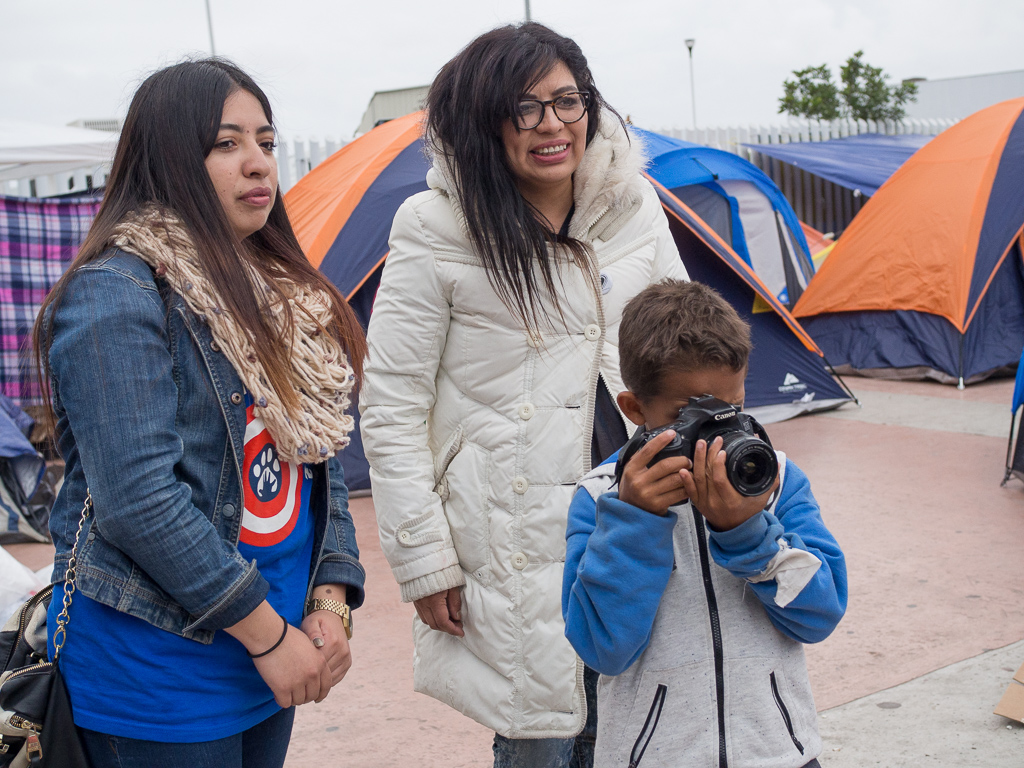 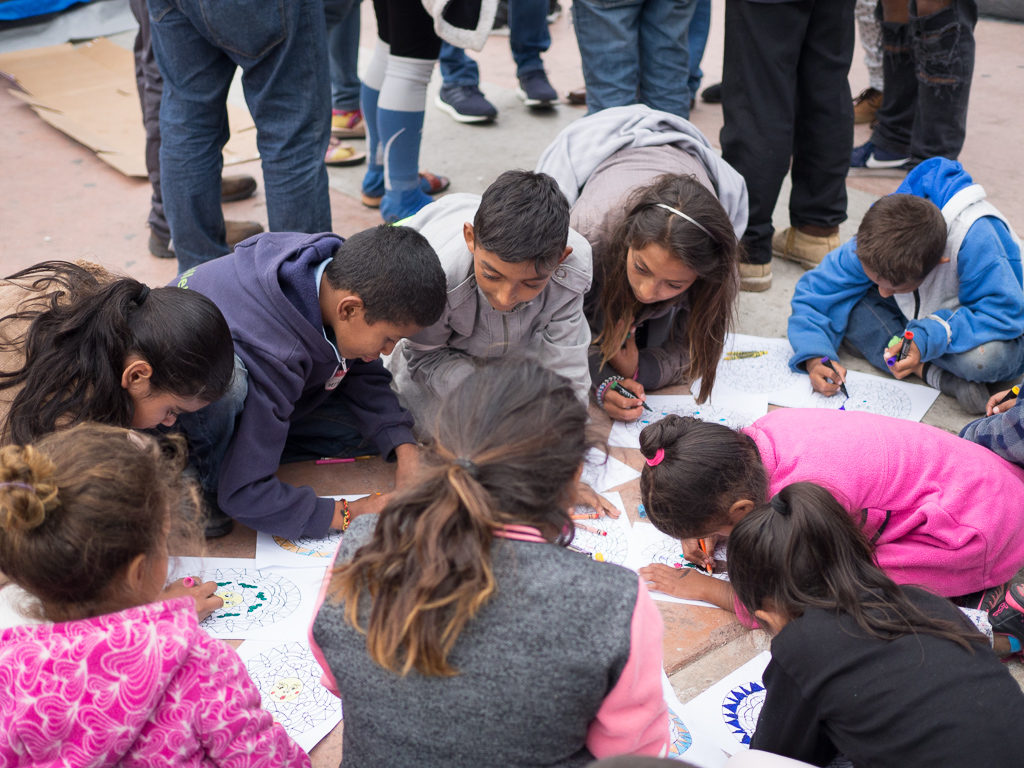 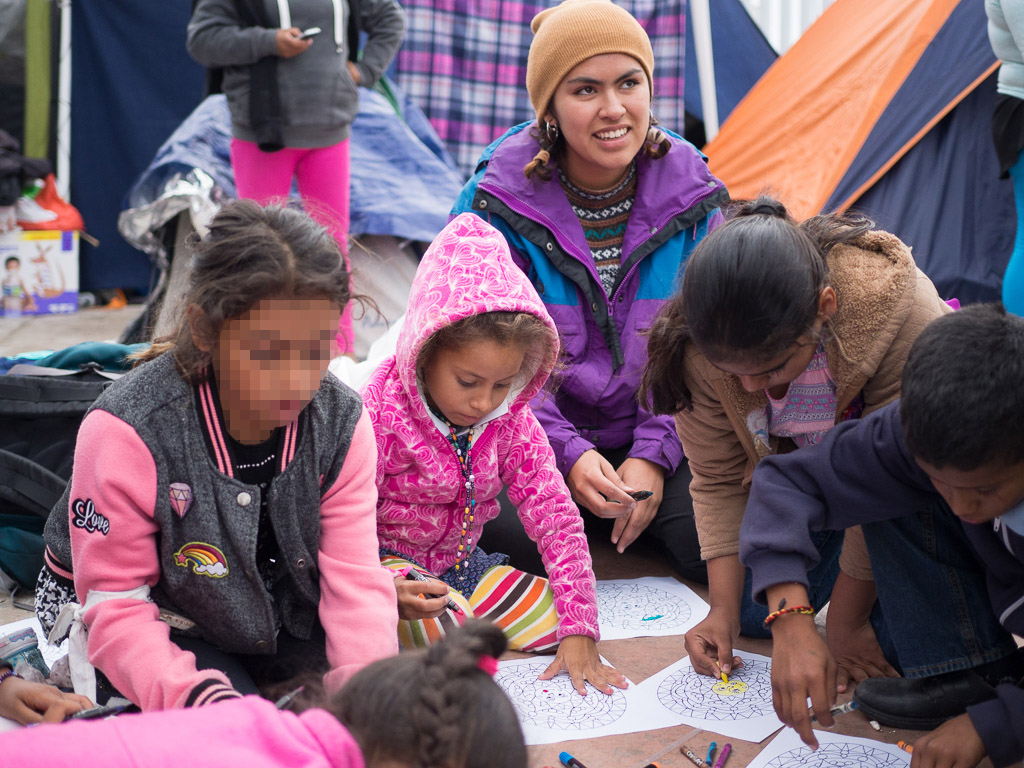 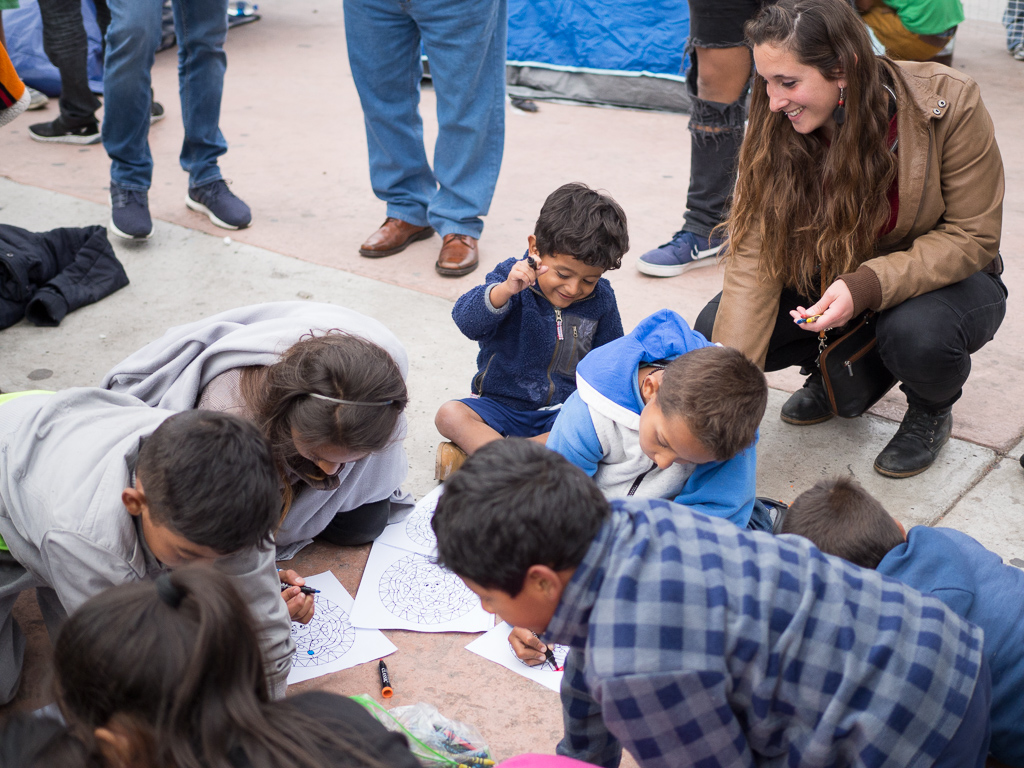 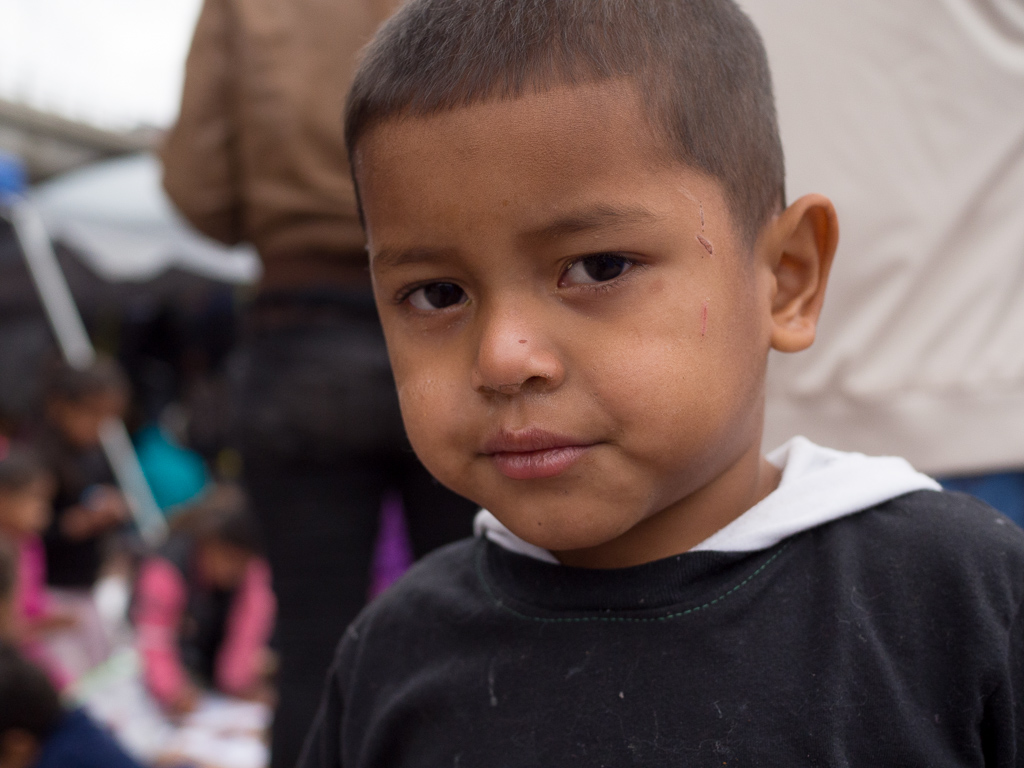 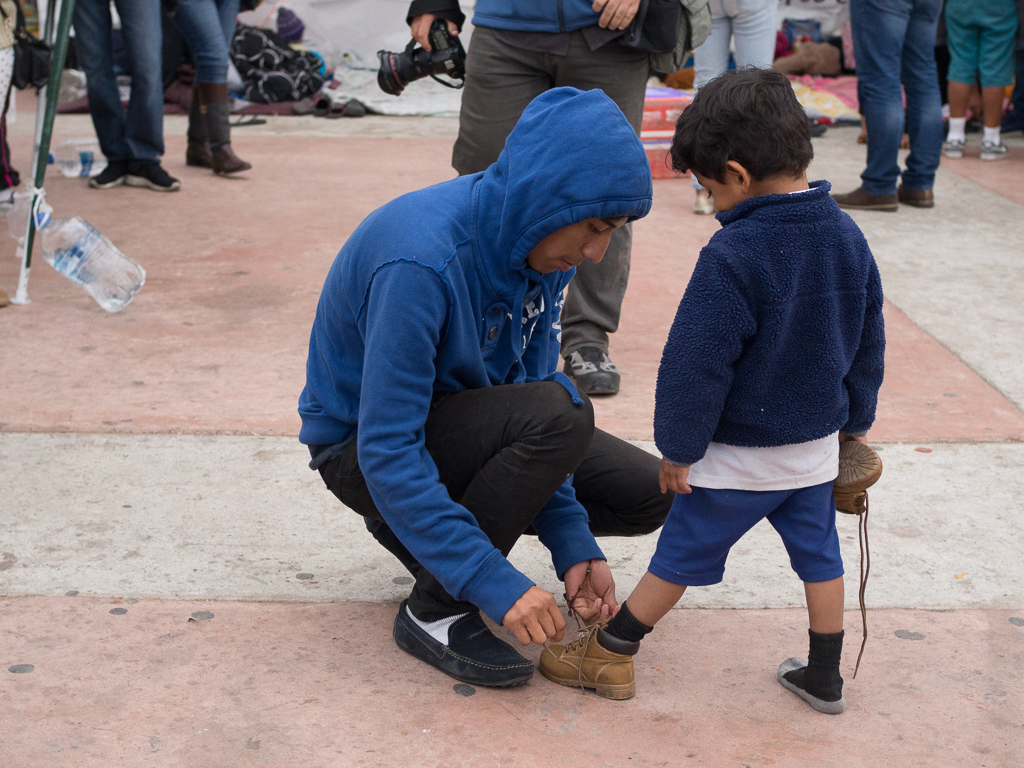 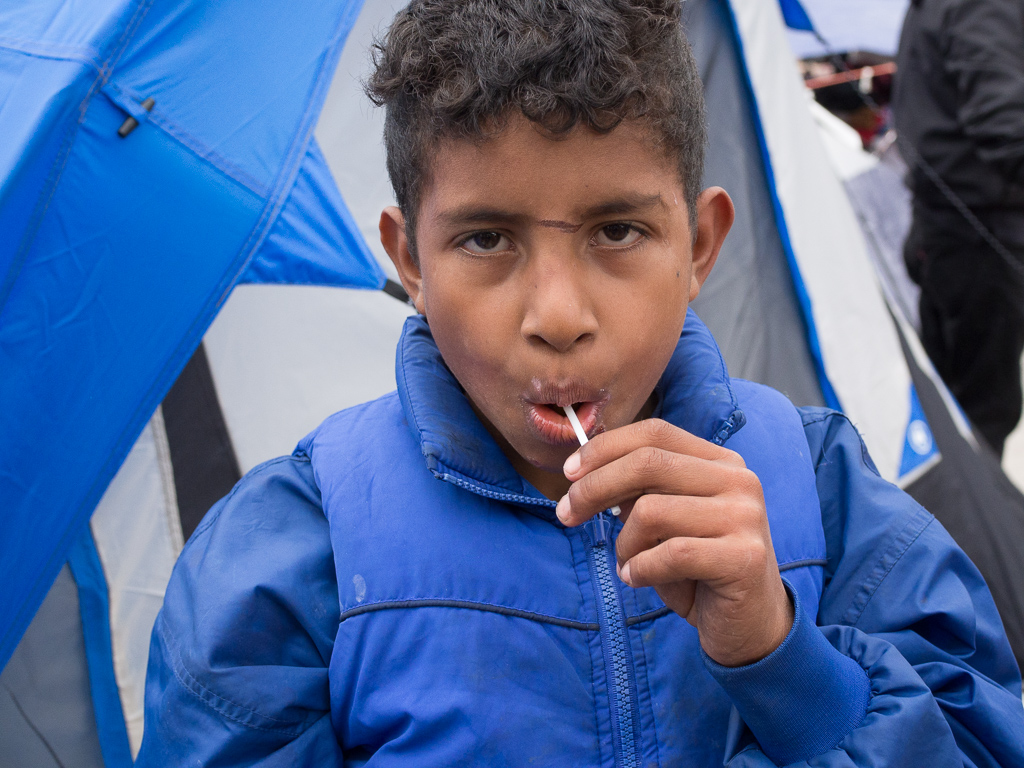 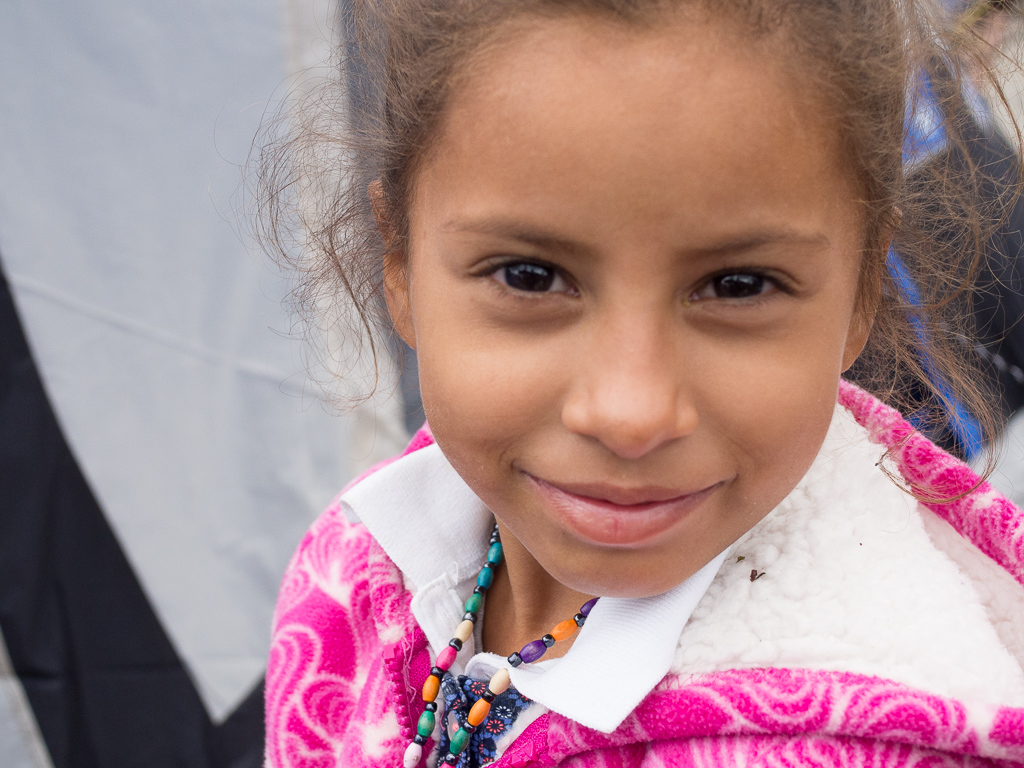 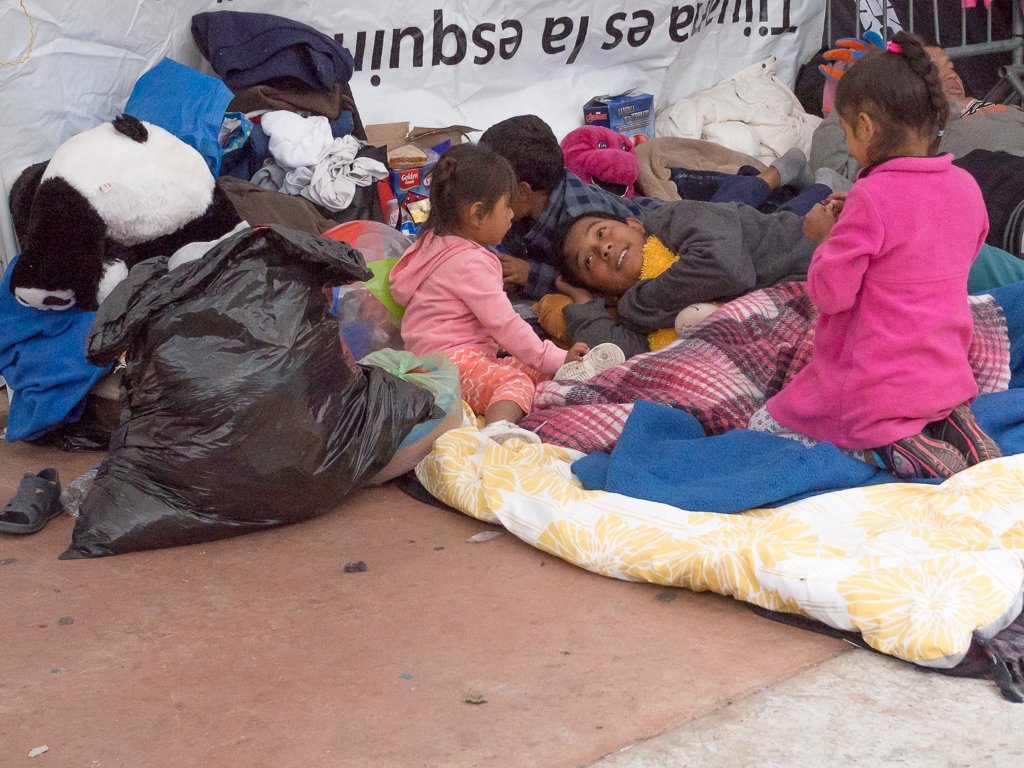 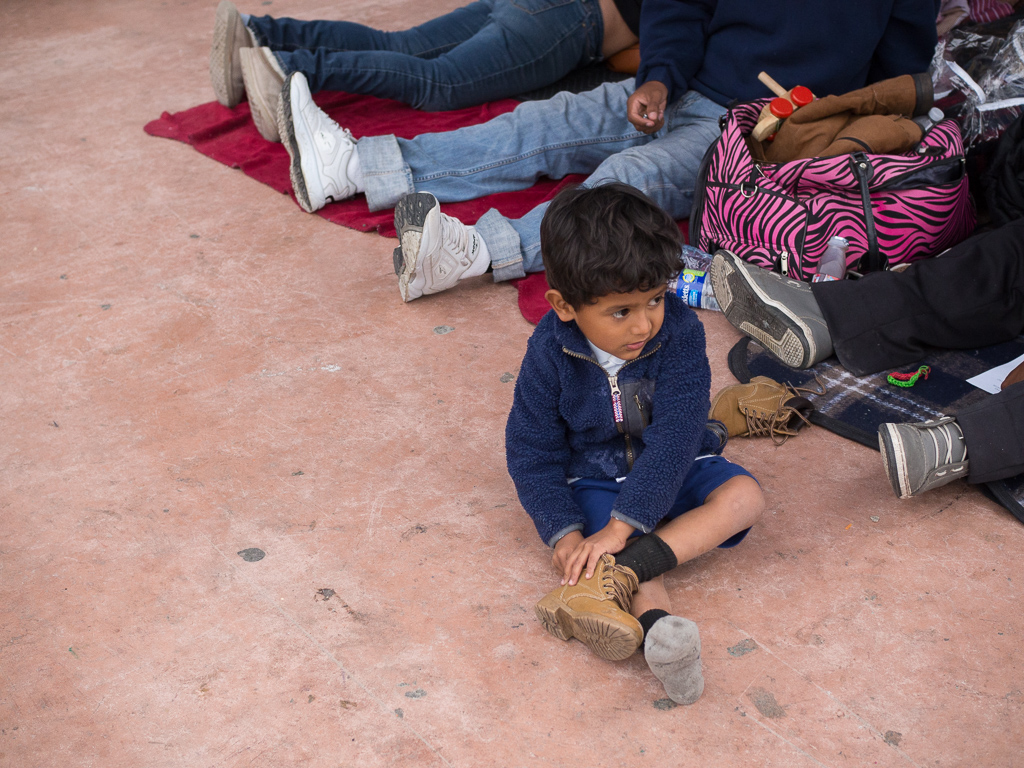 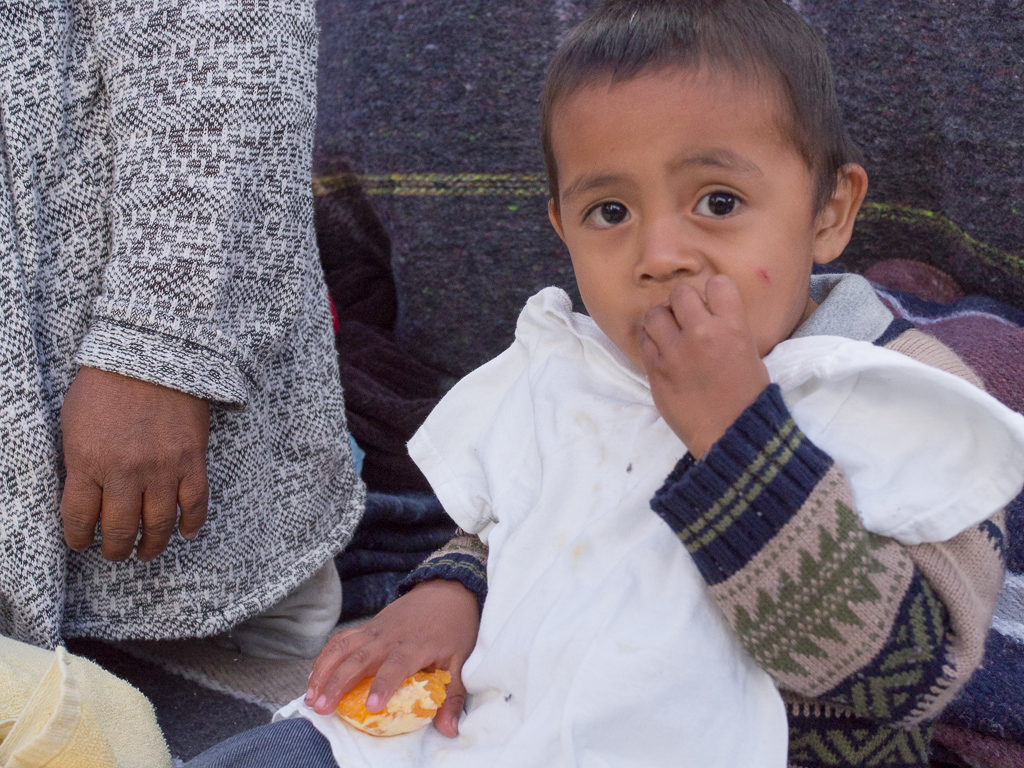 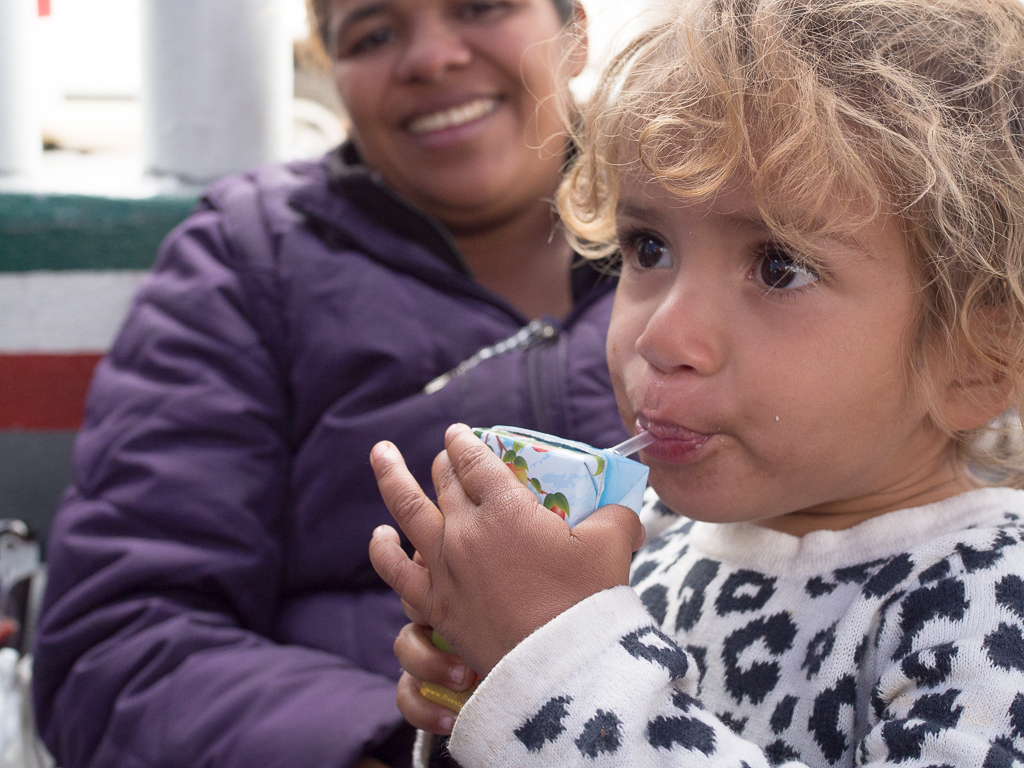 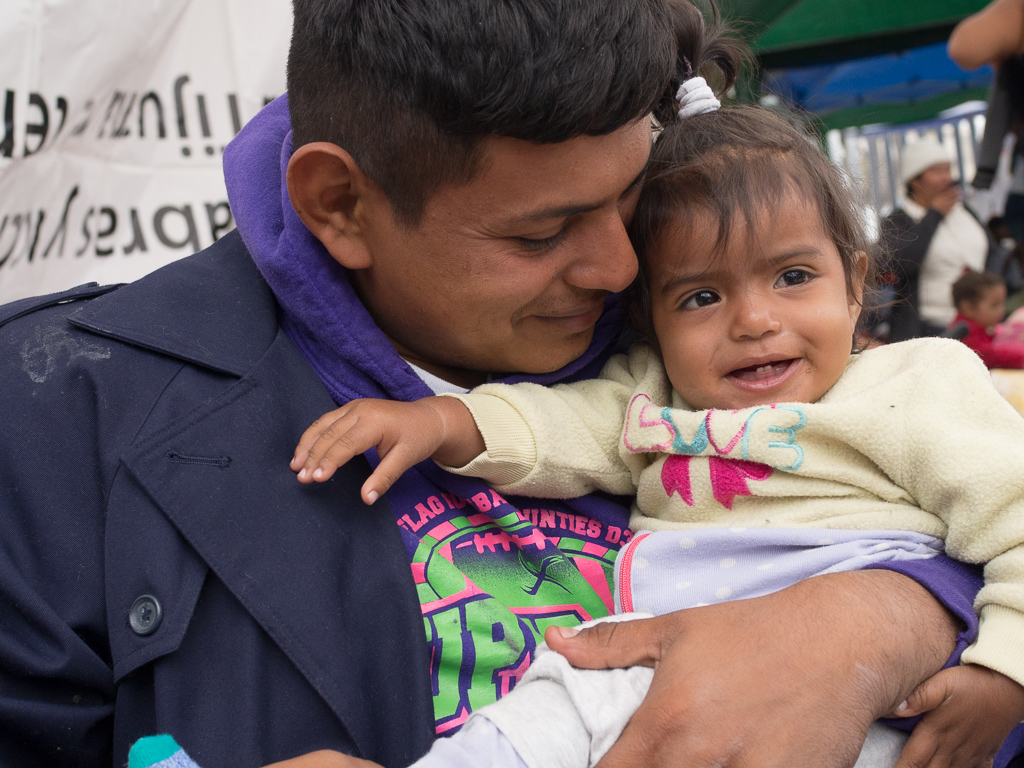 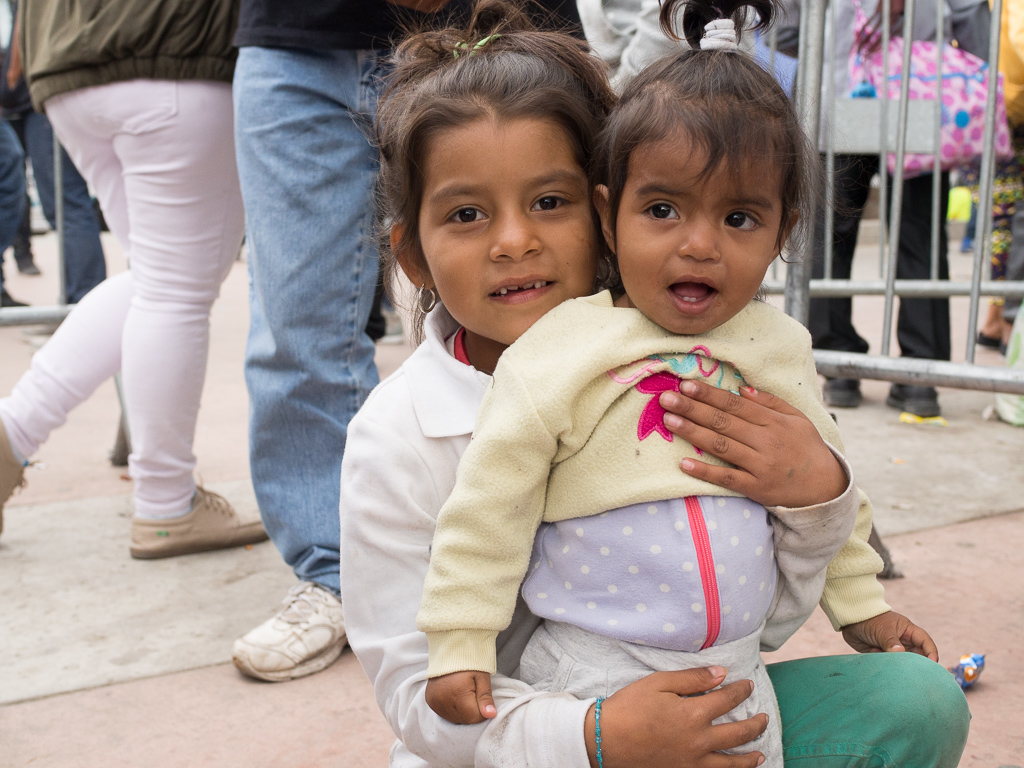 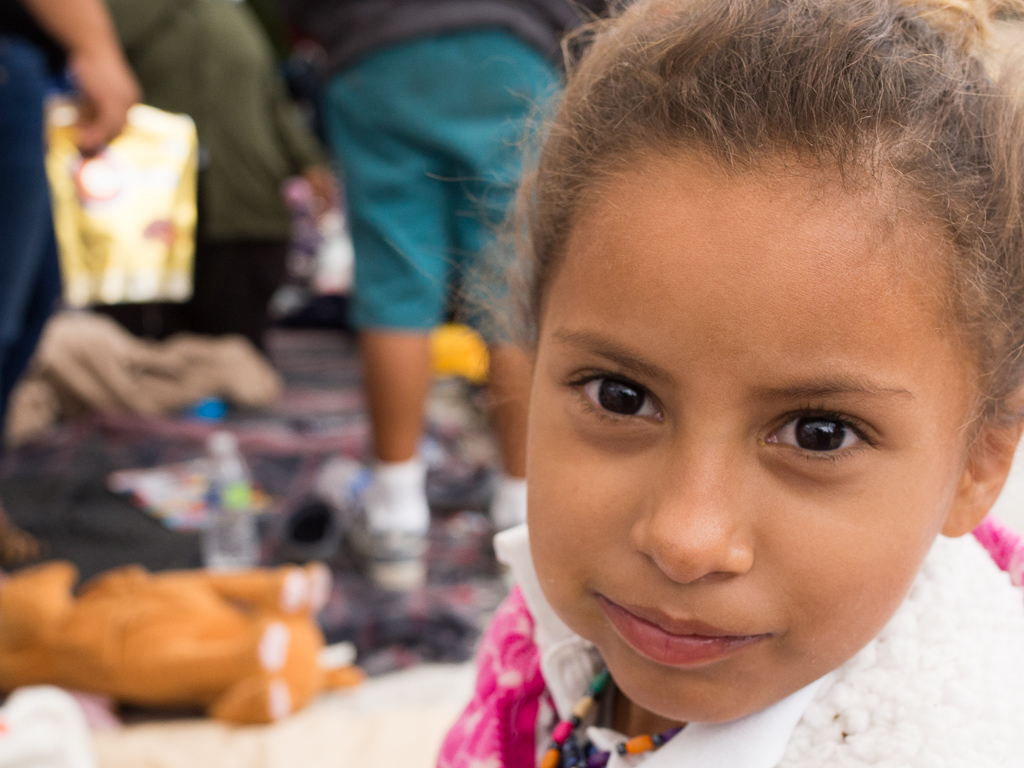 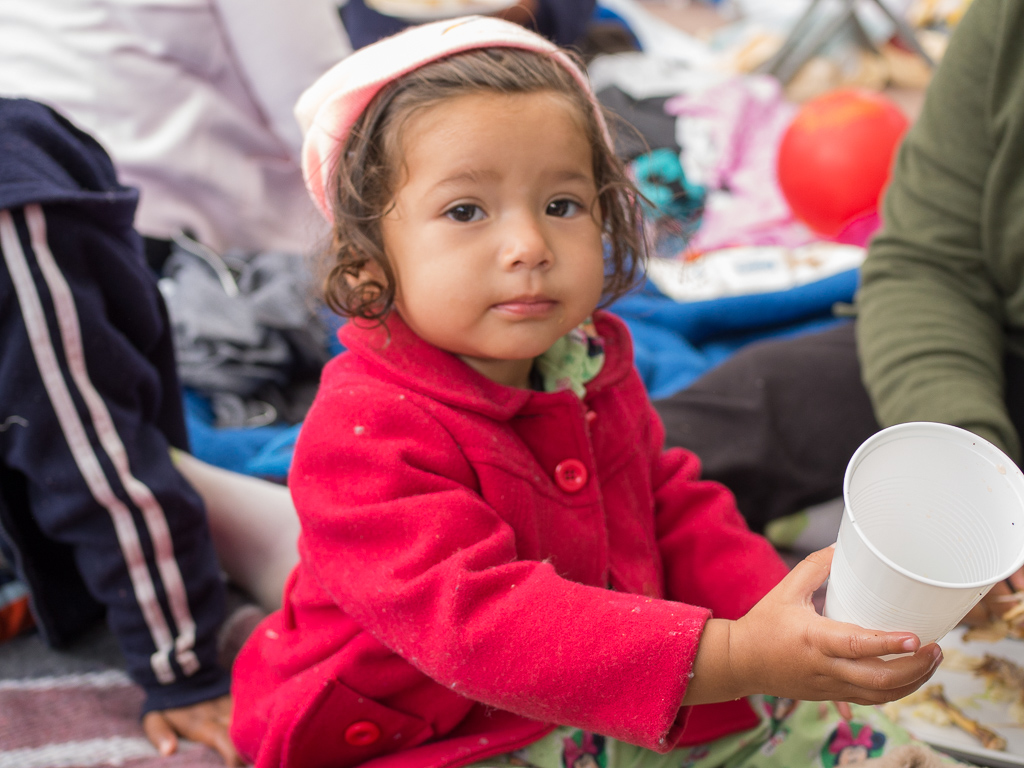 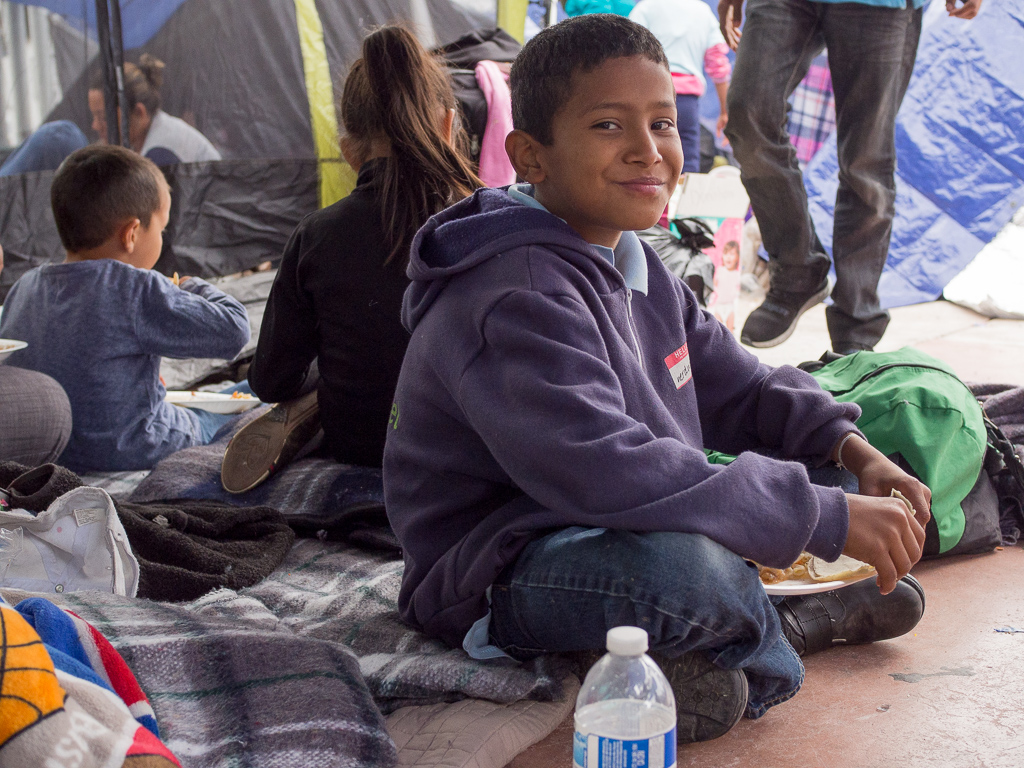 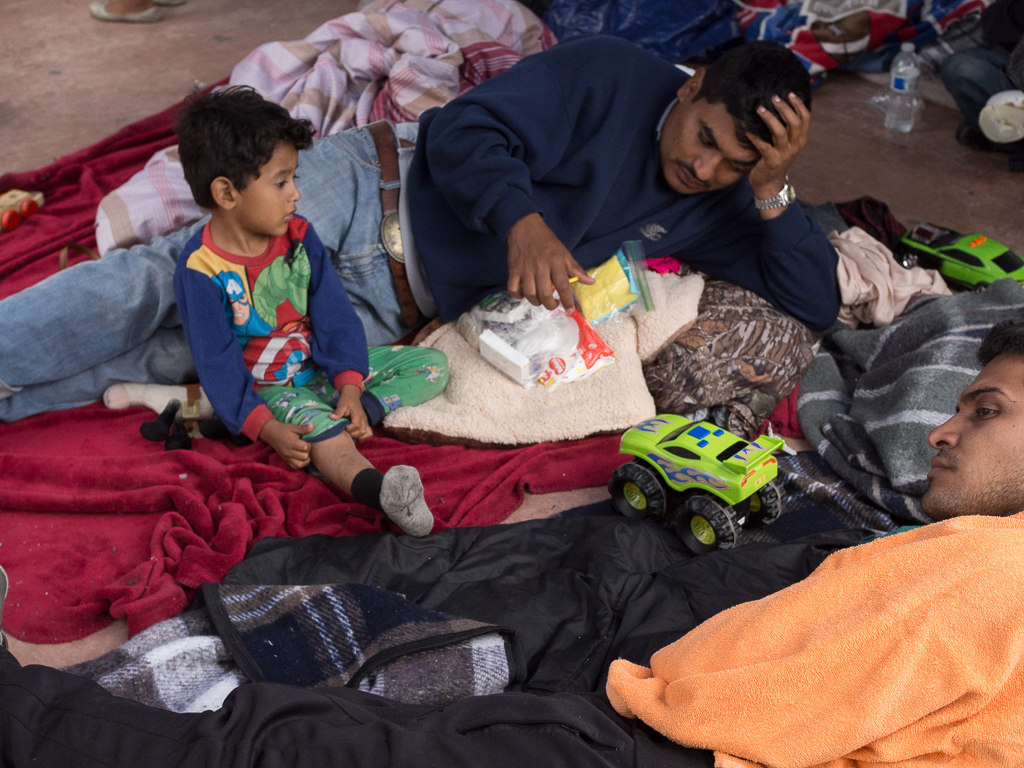 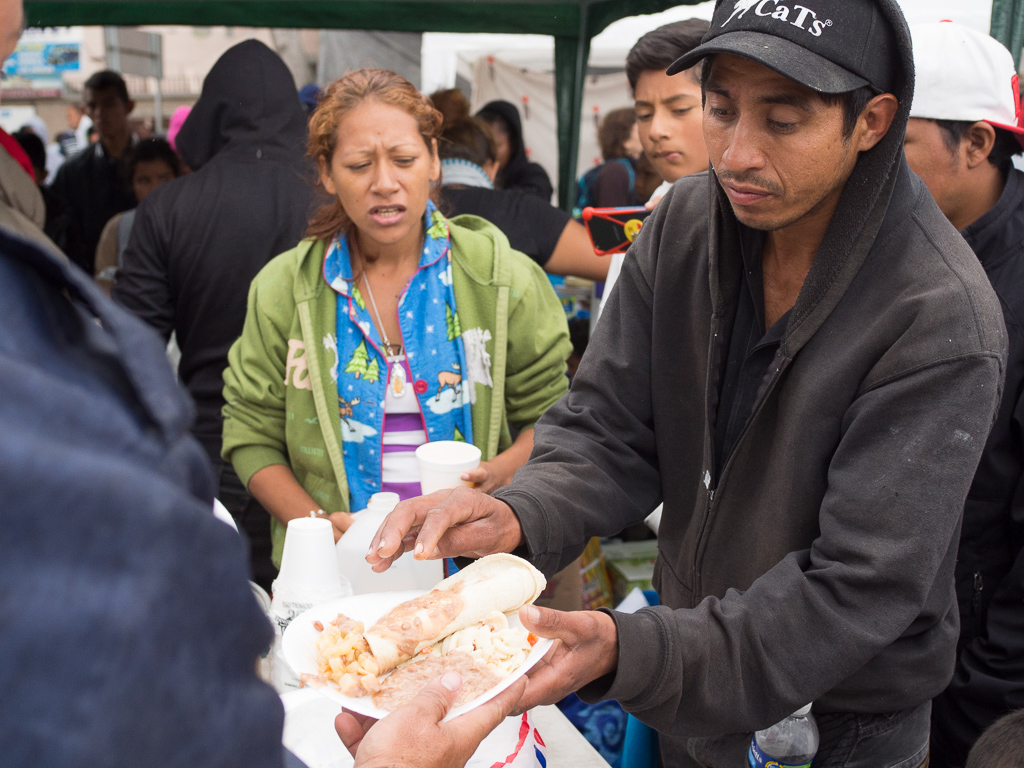 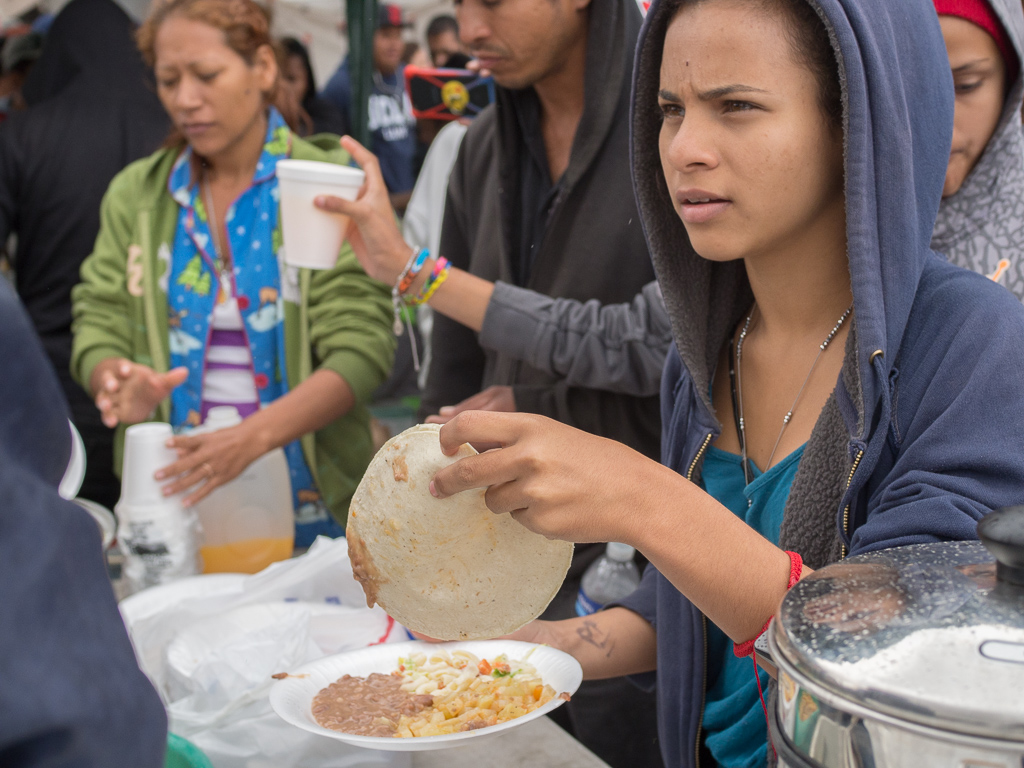 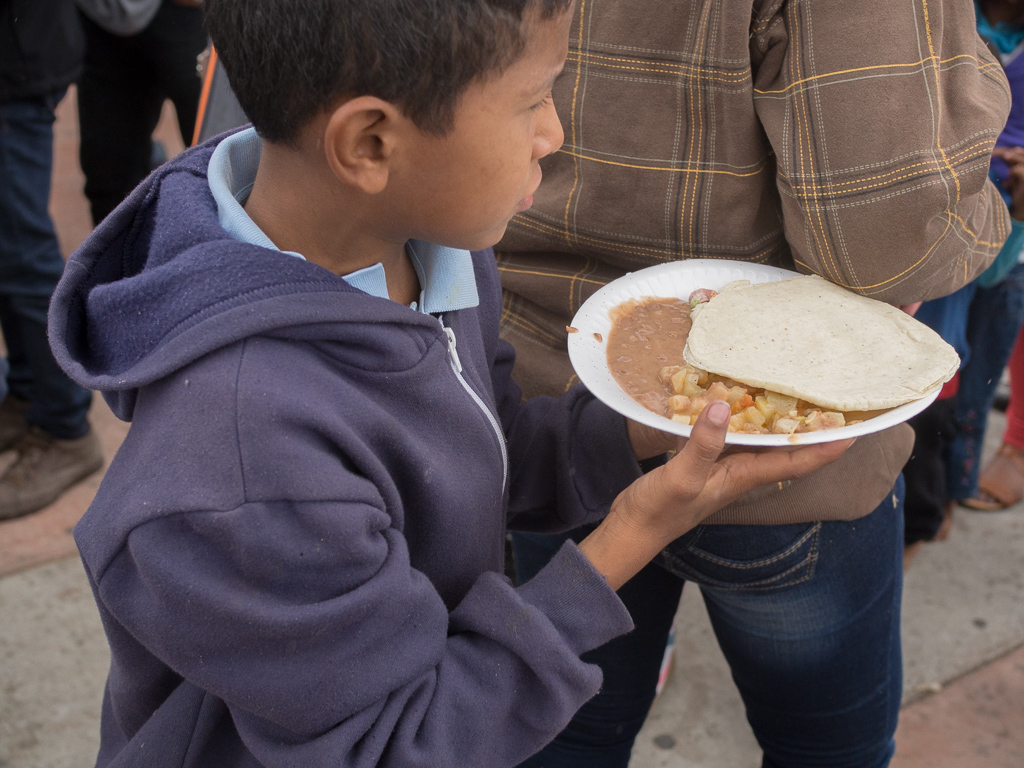 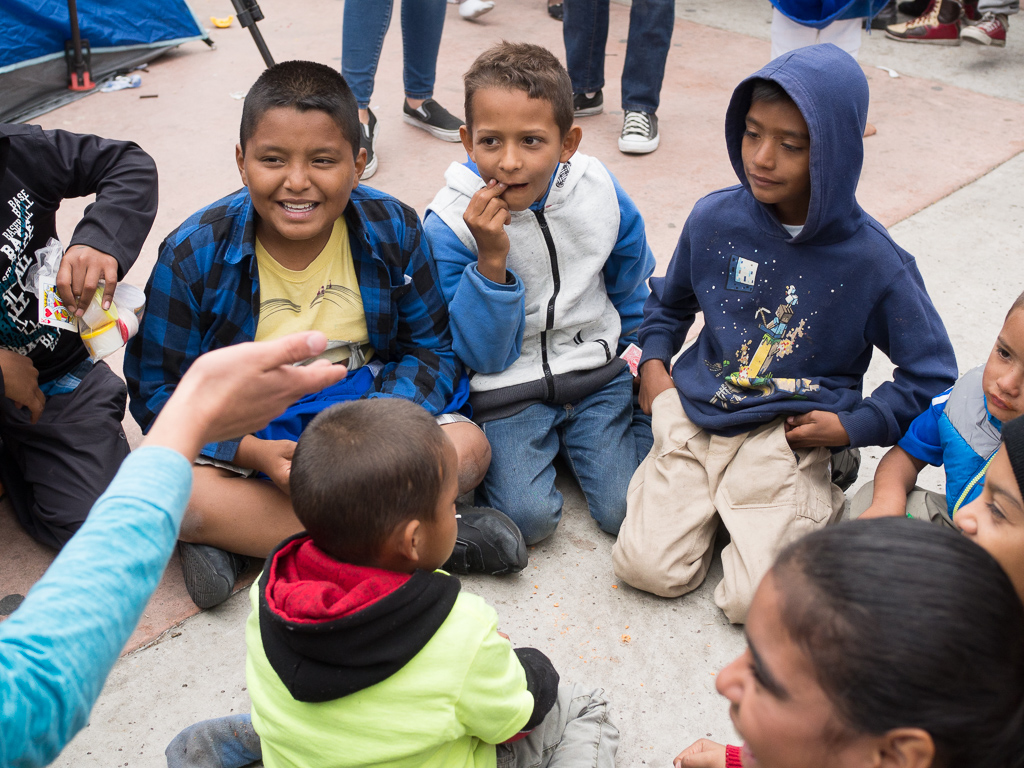 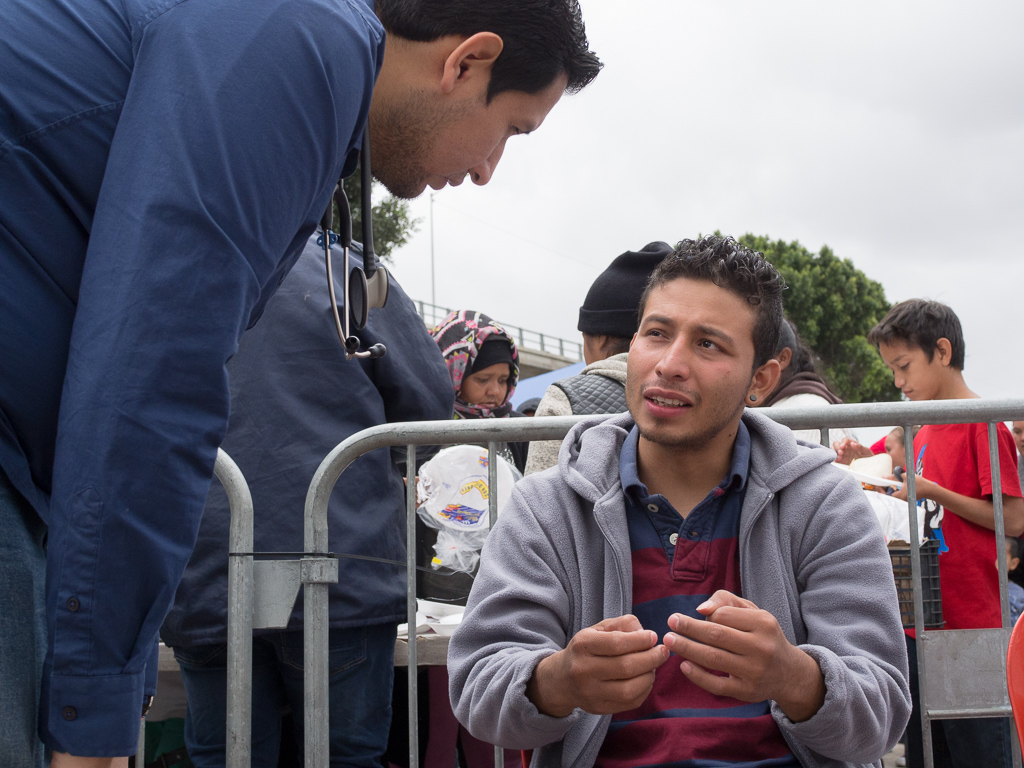 It’s not that I didn’t know about our broken immigration system; for two years, I’d lived in this part of Mexico. What struck me is the level of fear required to take on such an adversarial world view as those referring to families as criminals and gang members. It’s the type of speech that turns humans into statistics. As with any large group, chances are there will be bad seeds. A few are, likely, current or former gang members. Others may be concocting terrifying stories on their asylum applications for a better chance at entry to the US. But for the vast majority, it’s clear to see the fear in their eyes when they recount their experiences. These people, these families, are in legitimate danger should they be forced to return home.

It’s often best to boil down complex matters to simple truths. In this case, the truth is that these are people, mostly families, and many have small children. All of them already subscribe to America’s guiding principle: Work hard, and opportunity will present itself.

Knowing how hard they worked to get this far, I’m willing to accept the possibility of a bad seed infiltrating an otherwise good package.

Update: I returned Saturday to find Daniella and her family had been processed at the border, and sent to live with family in Kansas pending an asylum hearing. I can’t confirm whether she received the M&M’s I brought her and her rowdy, hilarious gang of shoeless friends. But if not, someone at the shelter the refugees were relocated to is currently enjoying them.