It is the end of the year so it is time to evaluate what we have done these past 365 days. Did we reach our goals? Did it go as expected? Have we found what we were looking for?

If you are an entrepreneur the answer is most likely ‘No’ to all of the above. Not because we all had a bad year, but because as an entrepreneur your plans tend to change, change goes slower than expected and success comes from unexpected places.

The successful projects tend to grow ten or 100 times as fast as anyones best predictions when they started. All in all I guess it is better to not expect or predict anything but just to get started and work your ass off.

I remember when Zee told me he wanted to see this blog in the top 100 of Technorati within a year. That was august 2009. I cheered him on but at the same time thought it was just totally unrealistic to expect that. Only 2 months later, October 2009, we entered the top 100. I was amazed and incredibly proud. In October 2010 we entered the top 50 and today we are at 13. Zee won’t get a proper night of sleep until we make it into the top 5. Something I have a hard time imagining, but which we are bound to reach sooner rather than later if you look at our growth.

There is an older and wiser entrepreneur who I tend to call if I have an important decision to make, or when the shit hits the fan and I need help. He started several companies and sold his last one for a fortune and became a multi-millionair. I told him about the chaos we were experiencing at one of our start-ups and wondered out loud if we were ever going to become ‘professional’ and avoid all these little issues and problems. He laughed and told me that as he was building his company he didn’t remember one day where he wasn’t experiencing a feeling of panic. There was always something about to go seriously wrong. Then he sold his company and got to work as a well paid manager at the company that acquired him. He was looking forward to being embedded in a professional organization and felt relieved not to feel like an amateur having to improvise everything all the time. Of course, the situation at the bigger company was no different at all, except that all the same issues, panic and small problems were experienced on a larger scale. Nothing changes, everything stays the same.

I guess from a distance it seems like ‘real’ entrepreneurs come up with a great idea, then write a perfect plan and execute it down to the last detail. That is the theory. And maybe that is even the image we try to project: in control, on top of things, in charge.

The truth is that our lives are in constant chaos. We are bombarded by opportunities, problems, issues, alternatives and last moment changes, and we try to handle that as best as we can. The really good entrepreneurs are able to take all that chaos and turn it into something good. An entrepreneur is “a person who organizes, operates, and assumes the risk for a business venture”. In assuming that risk you also expose yourself to the risk of finding, or stumbling upon, great fortune and personal gratification.

As a fellow entrepreneur I can’t hope you find everything you’re looking for. What I hope is that life will surprise you once again, that the stuff you don’t expect to happen will be good, and that the awkward and annoying stuff will easy to deal with.

Hoping to find what your looking for is not very realistic or smart. Instead I wish that in 2011 your expectations will be exceeded, again, and in unexpected ways with double the success and half the problems. 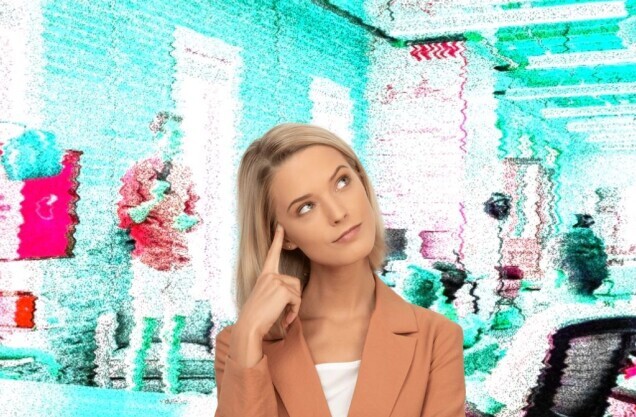