Internal storage is pegged at 16GB, there’s on-board 4G LTE connectivity and the battery is a whopping 5,000mAh, which the company claims will last for “five full days of continuous use” or around 15 hours of video playback without missing a beat.

Notably, the rear camera is considerably better specced than for most tablets – at 13 megapixels – and there’ also a better-than-average 5-megapixel snapper on the front.

In order to help the device stand out from the reams of other Android tablets available, Huawei has also added a few custom software tweaks to the device through its custom Emotion UI.

The company has also clearly worked hard to give the MediaPad X1 a chance of being competitive against its Nexus 7 rival, shown through the introduction of a 1920 x 1200 pixel display. It should also be pretty bag and pocket friendly too, weighing in at just under 240 grams and measuring around 7.1mm thick.

The Huawei MediaPad X1 will be available in China, Russia, Western Europe, the Middle East, Japan and Latin America from March 2014, the company said. 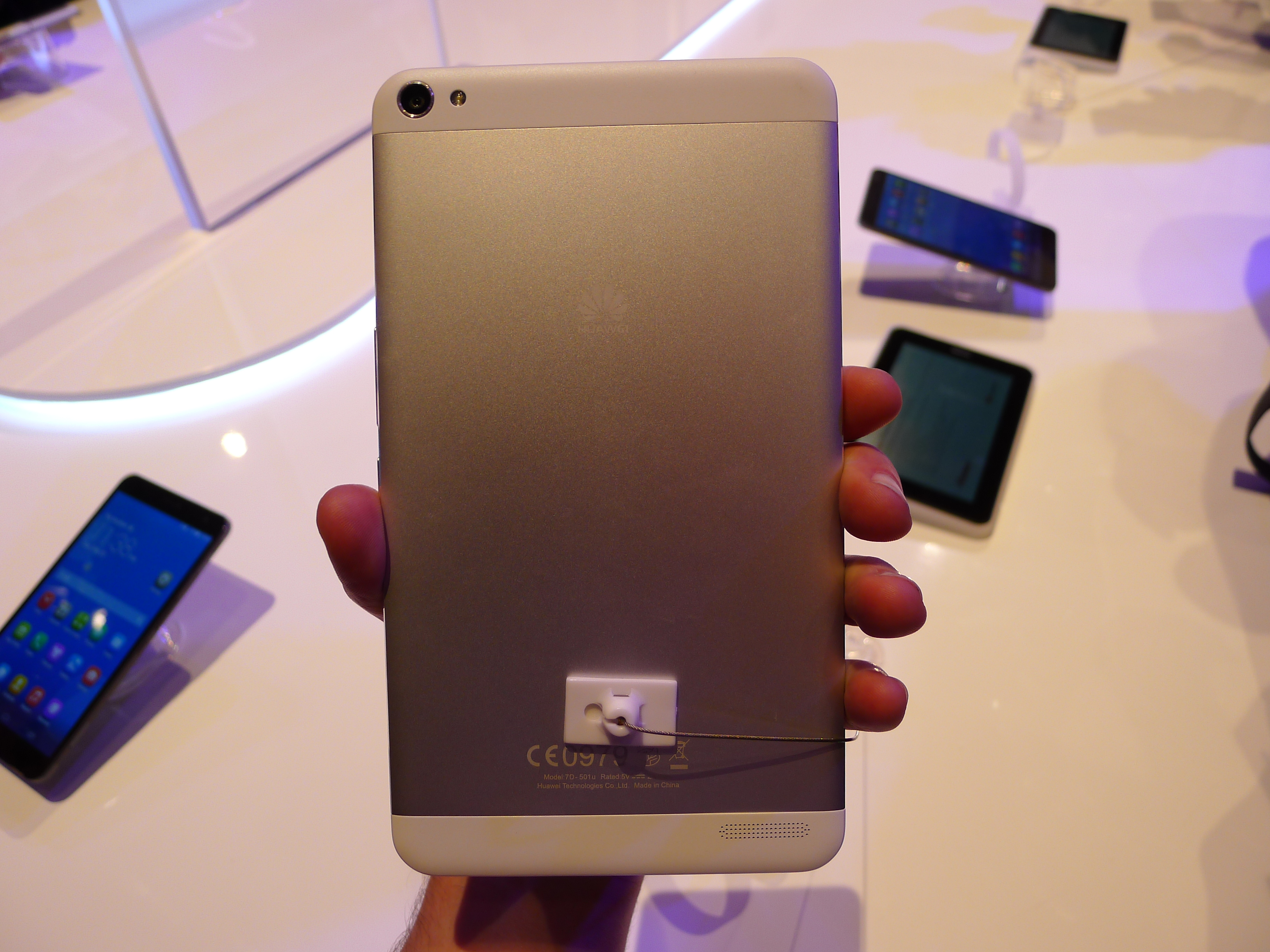 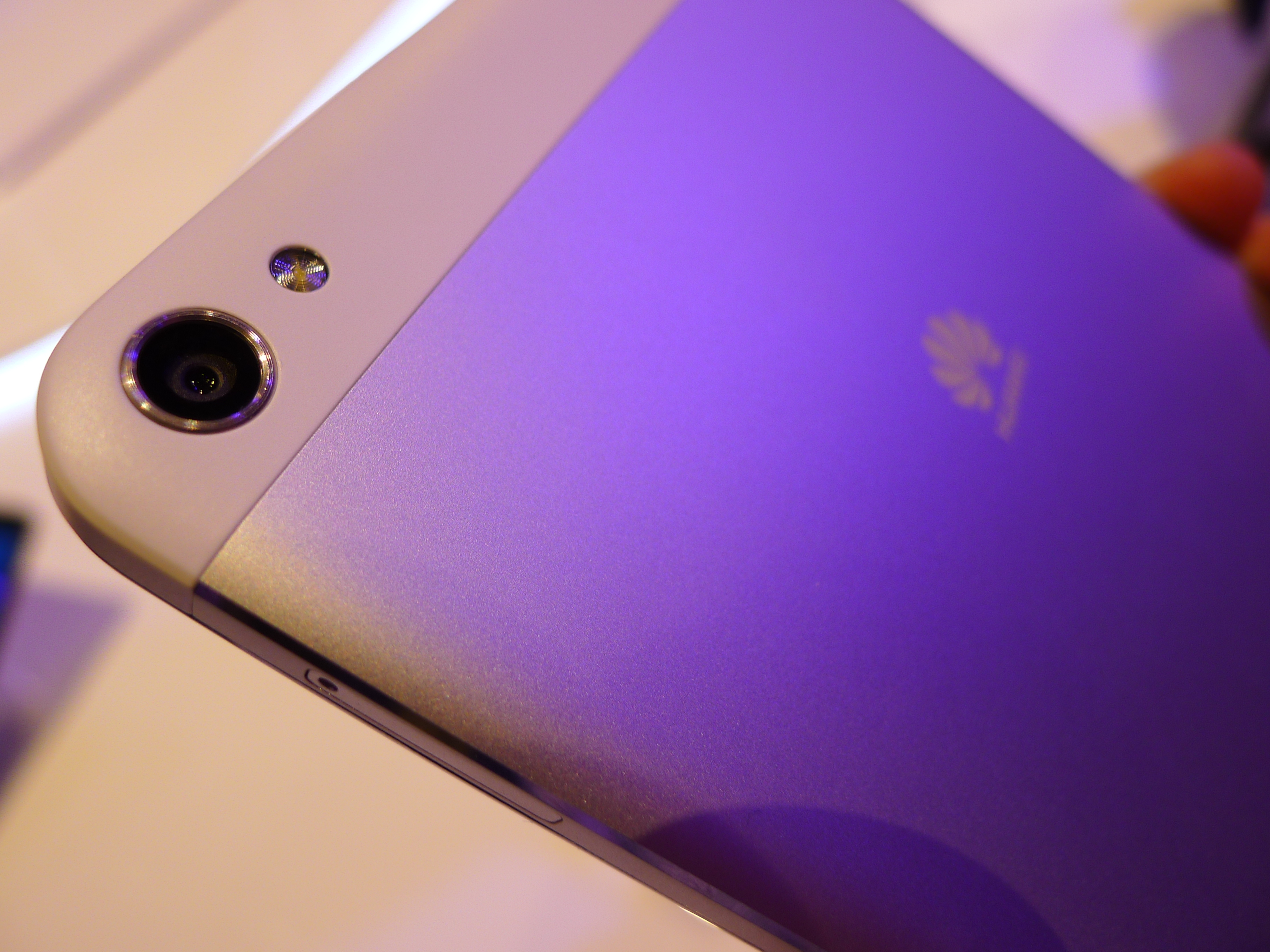 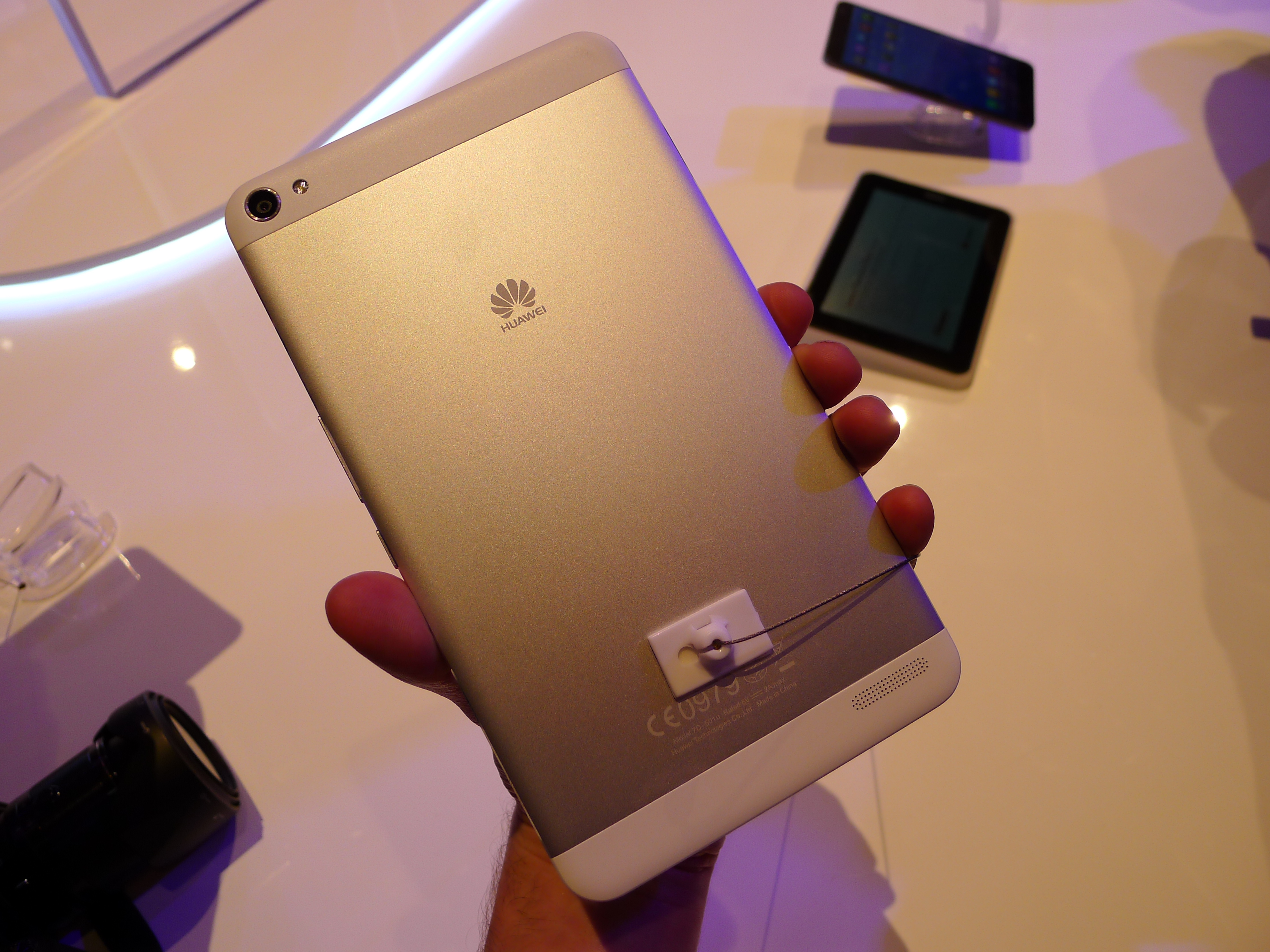 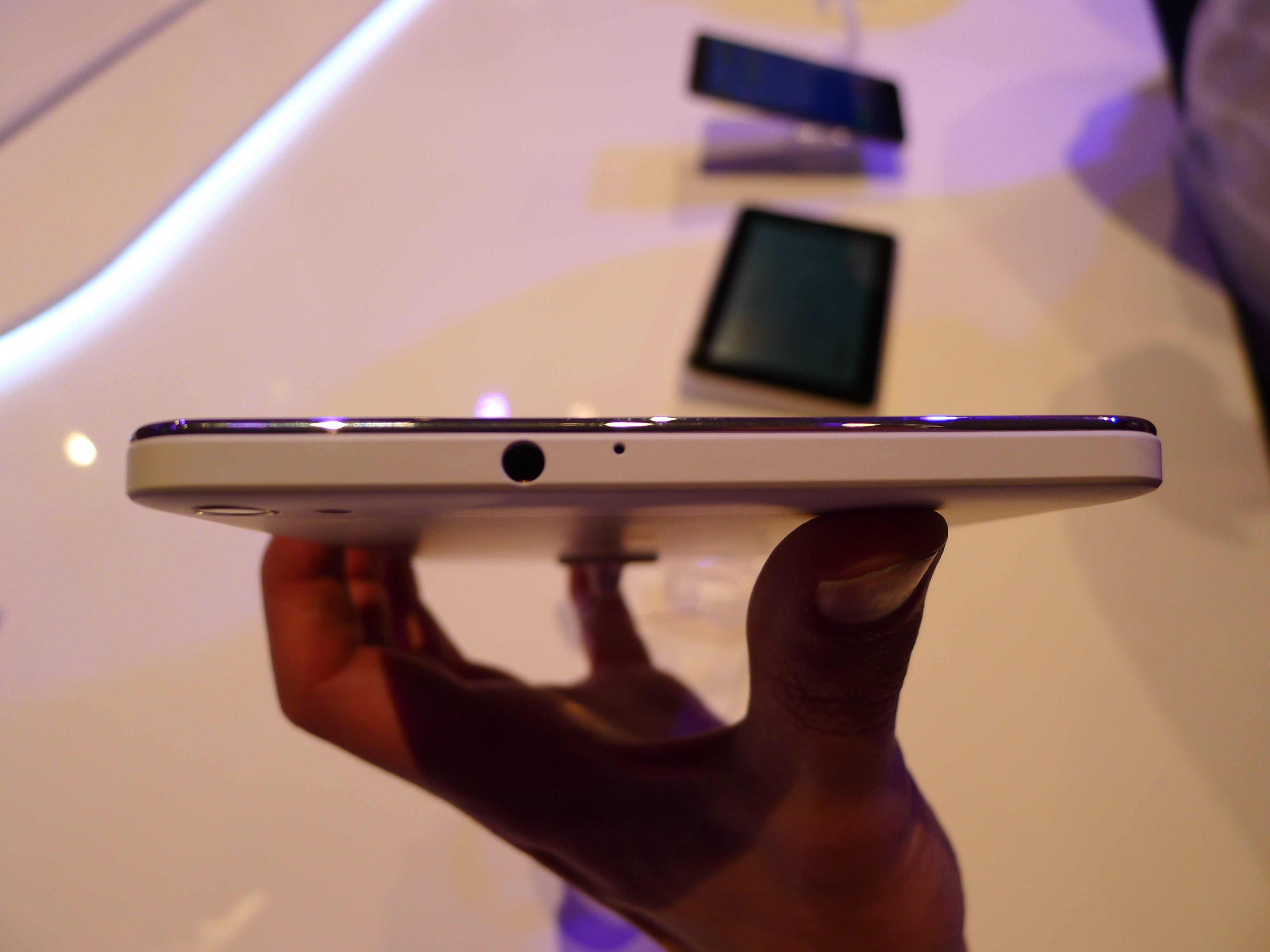 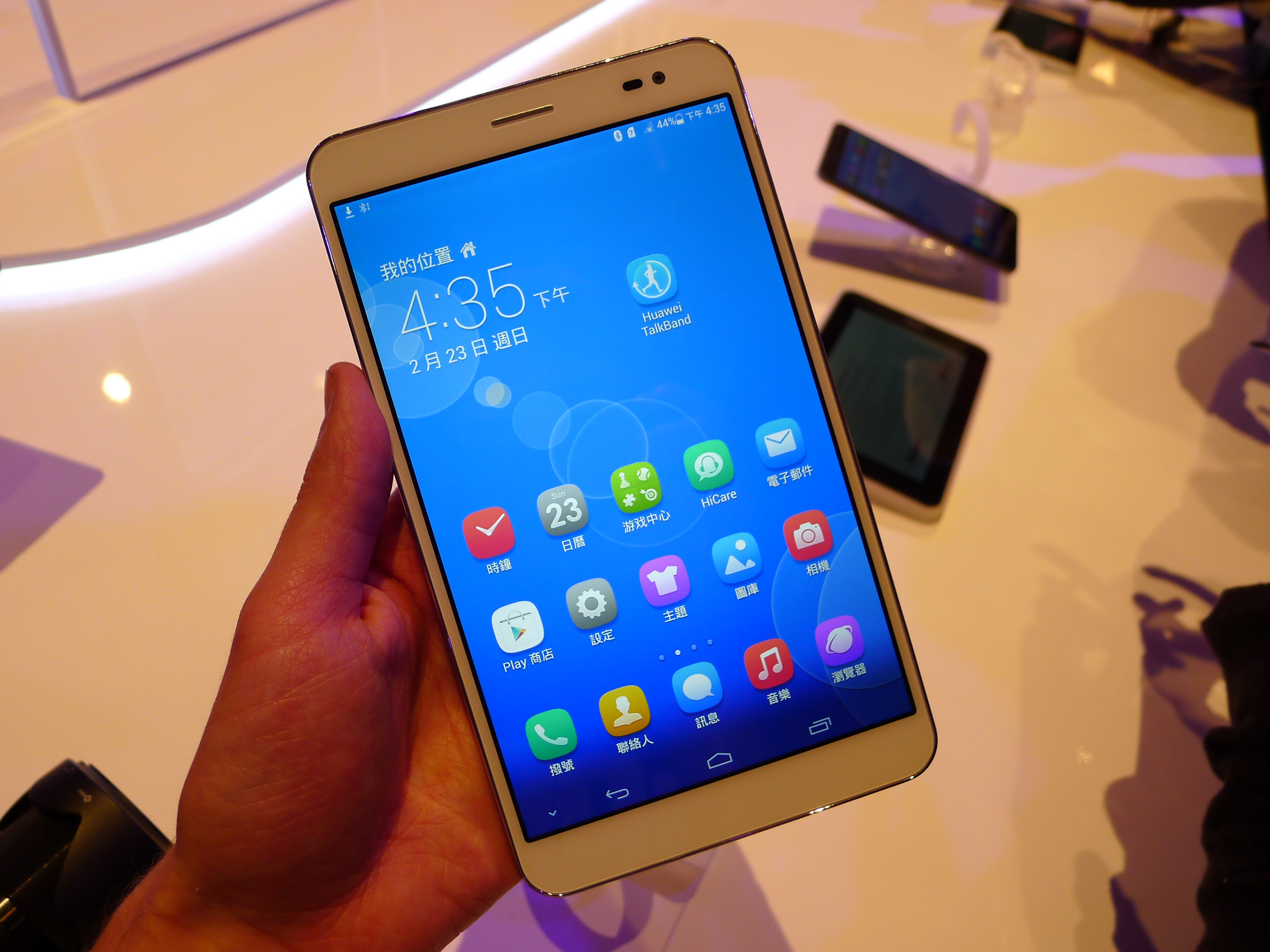 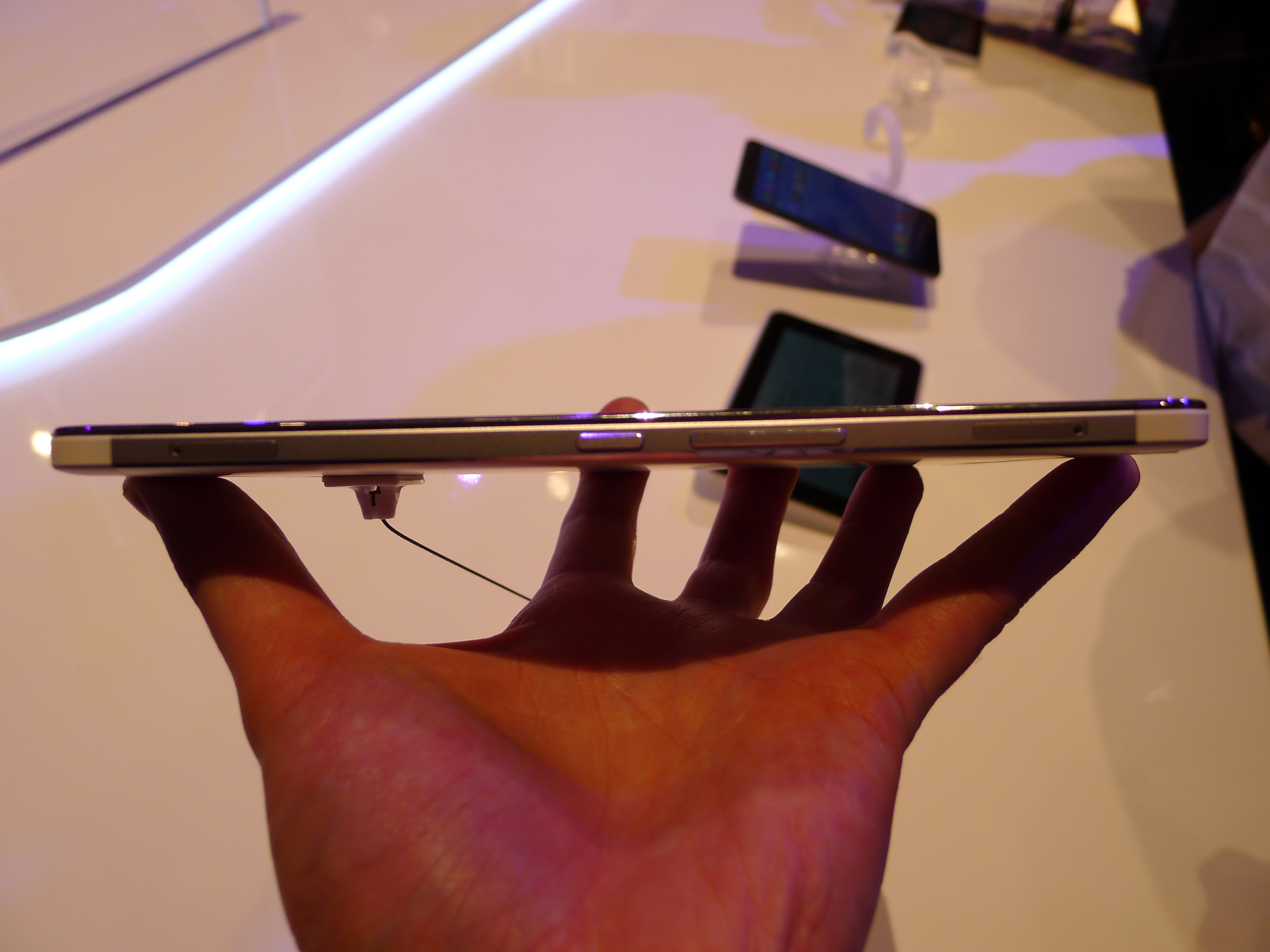 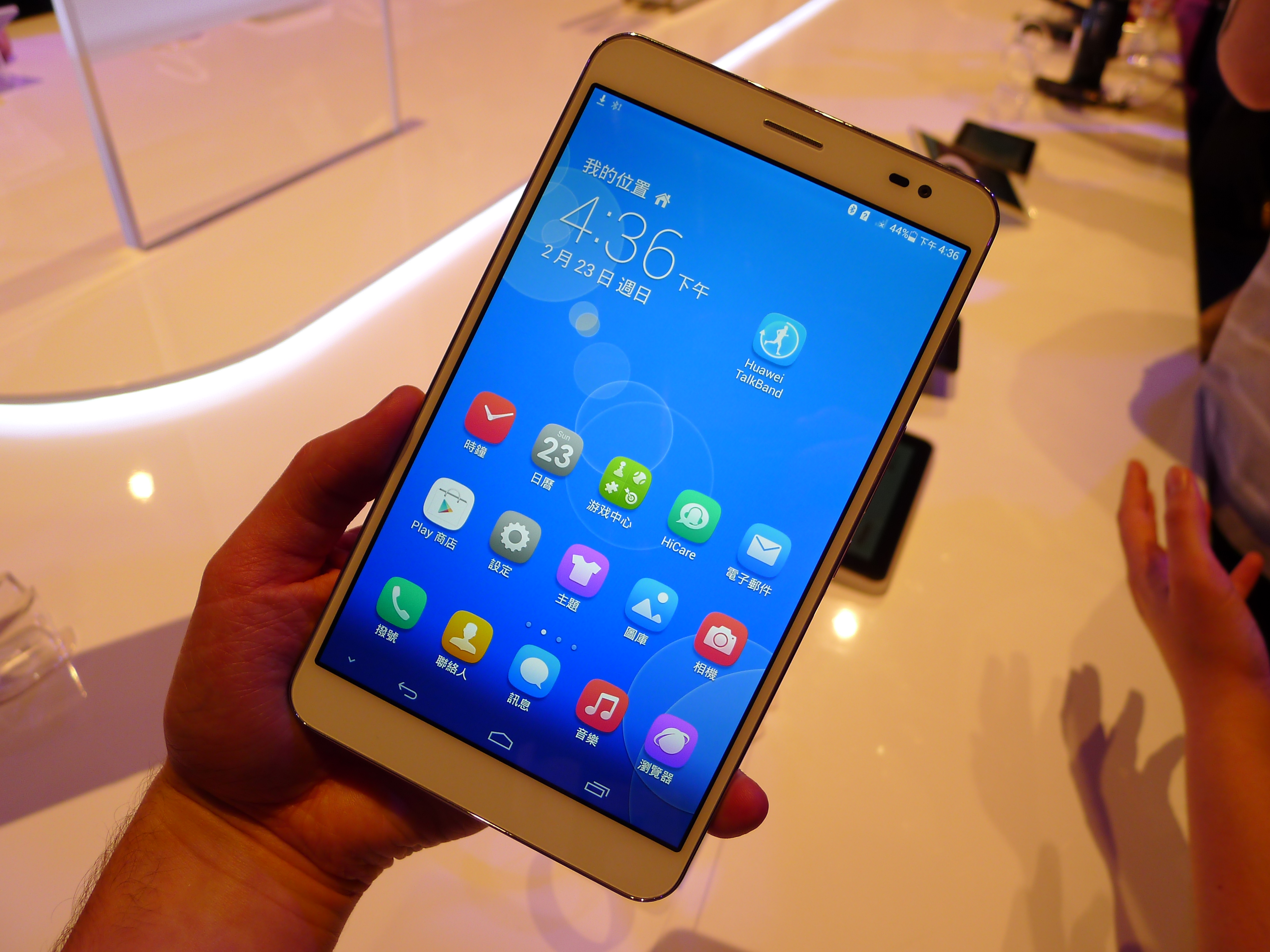 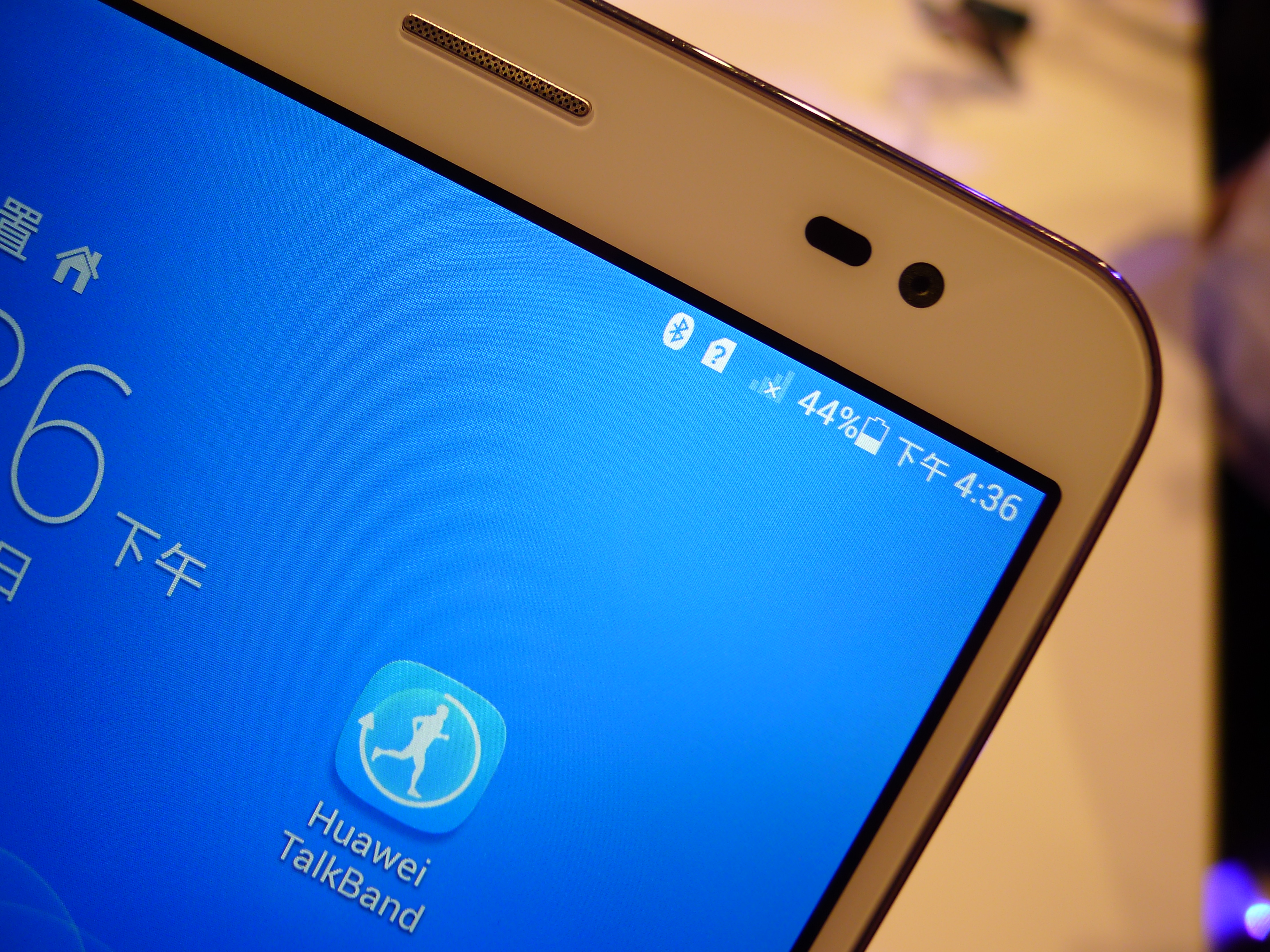 The second device, the MediaPad M1, is an 8-inch 1,280 x 800 pixel HD IPS display, dual front-facing speakers and has a claimed battery life of up to eight hours video playback, according to the company.

Like the MediaPad X1, it also comes with the option of popping in a SIM card for 4G data access and also like its sibling, shouldn’t weigh you down too much either, although it is a little heavier (at 329 grams) due to its aluminium body.

On the rear there’s a 5-megapixel camera, while you’ll find a 1-megapixel affair on the front for stills and video calling.

The Huawei MediaPad M1 will be available from “Q1 2014” – so before the end of March – in Europe, Russia, the Middle East, China, Japan, Asia Pacific, Australia and Latin America. The M1 will be priced from €299. 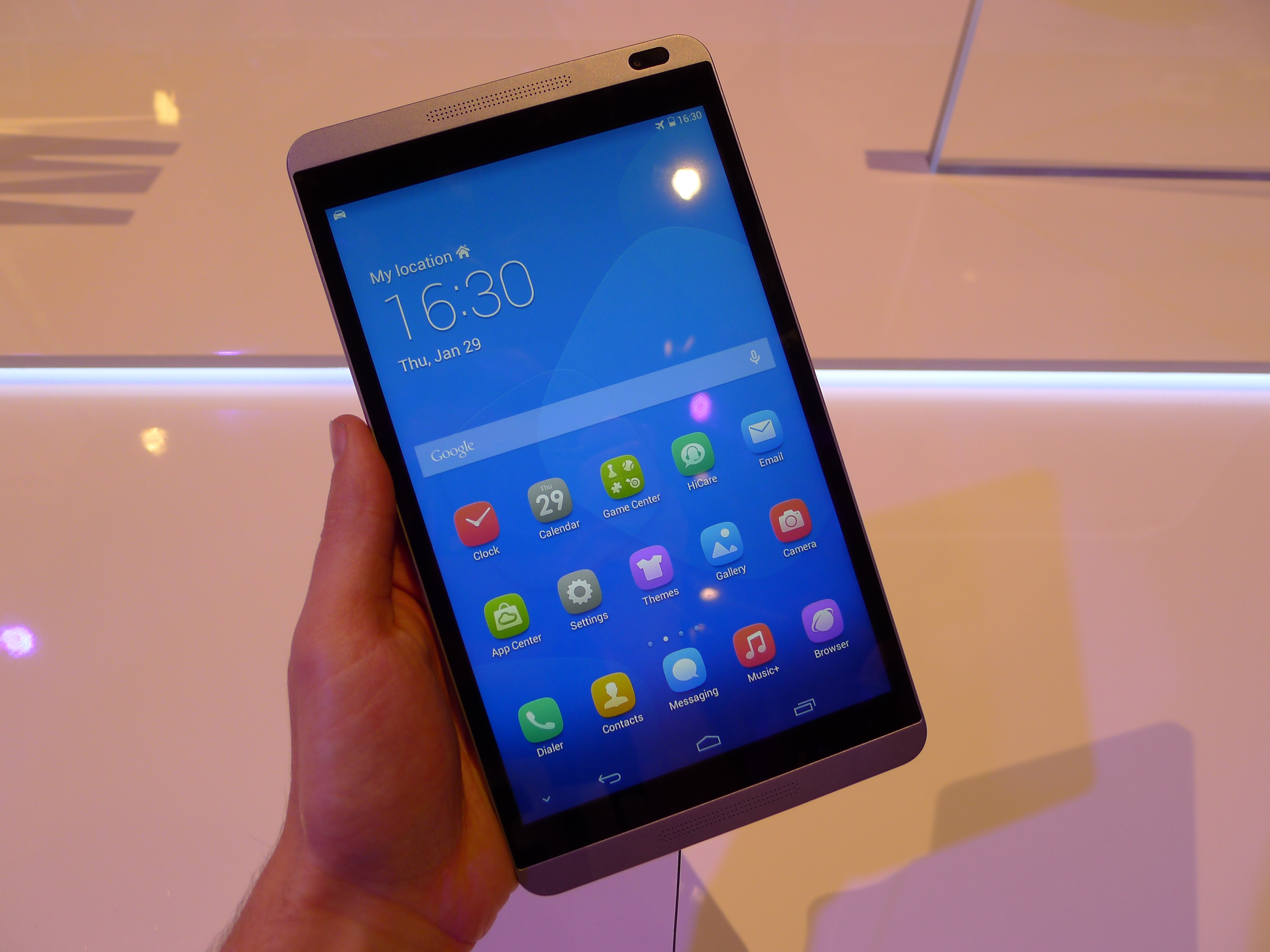 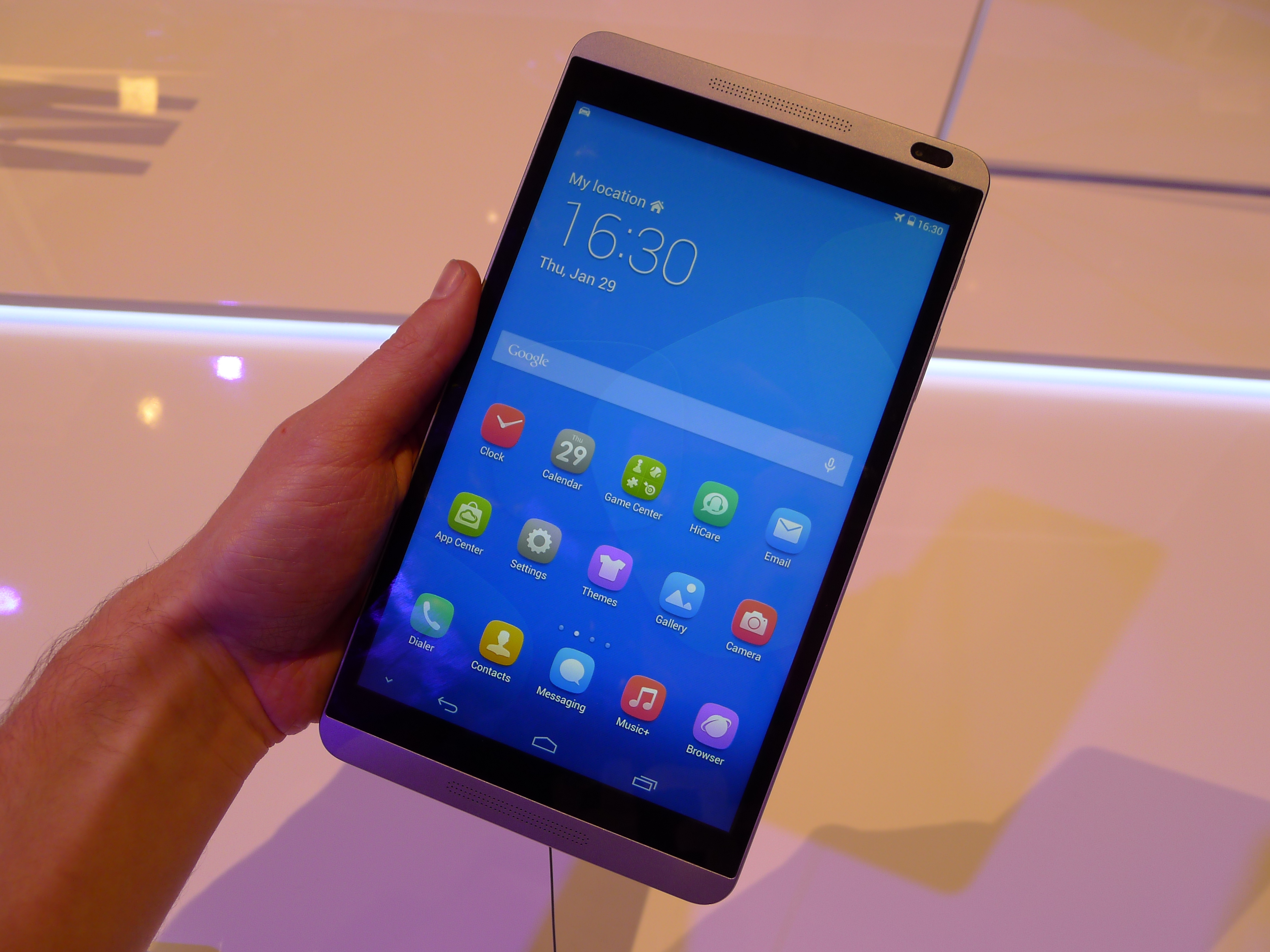 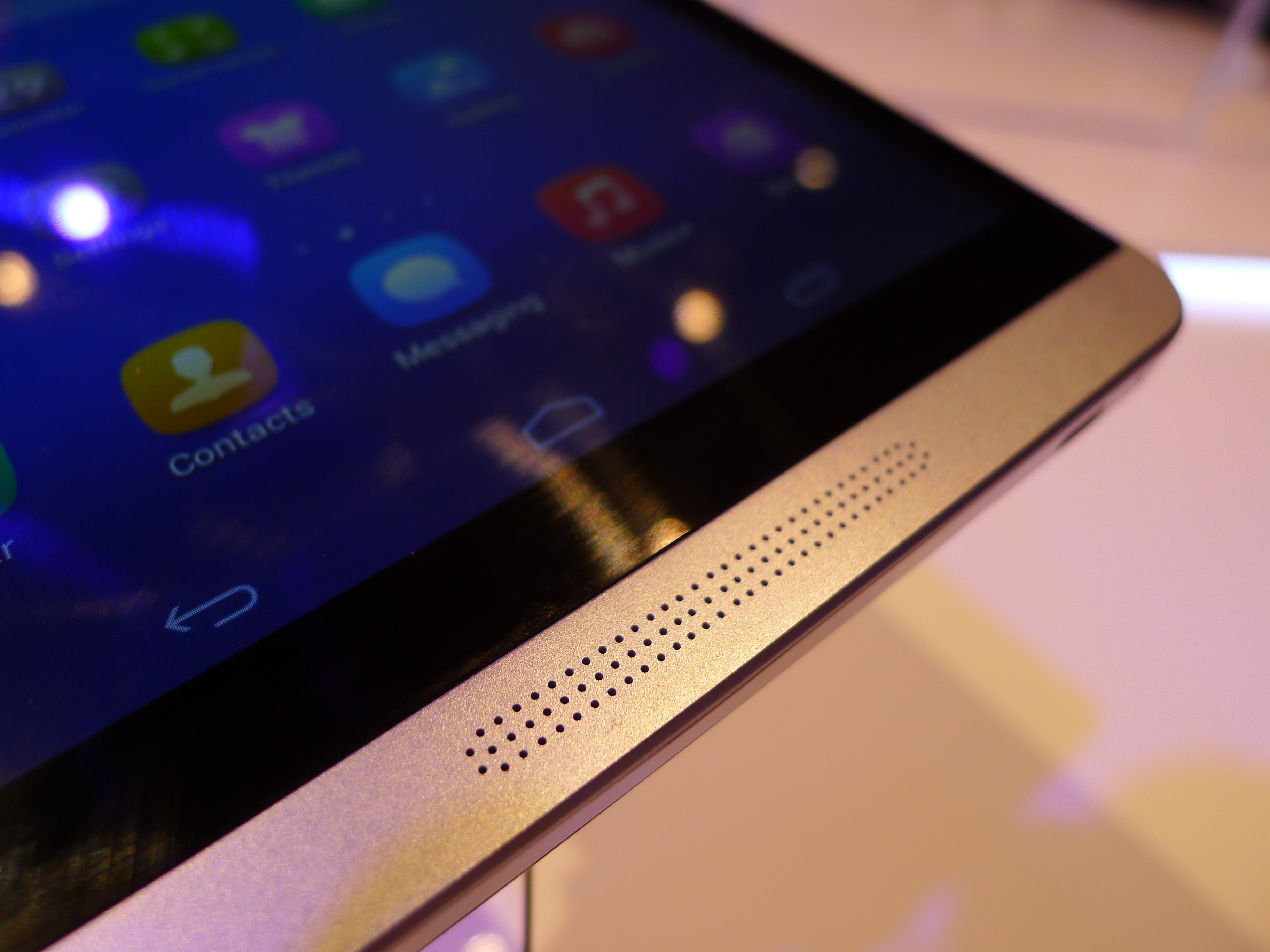 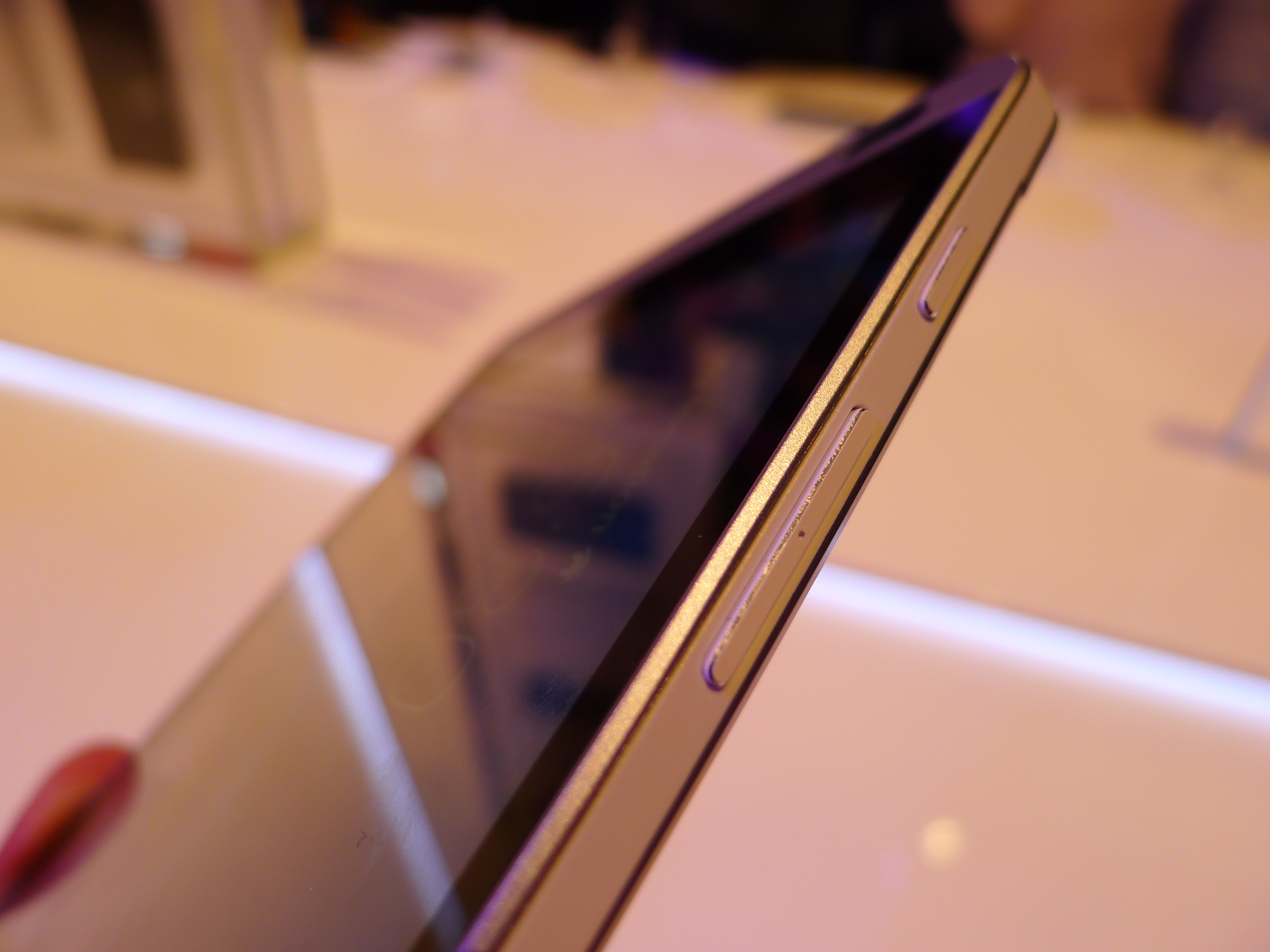 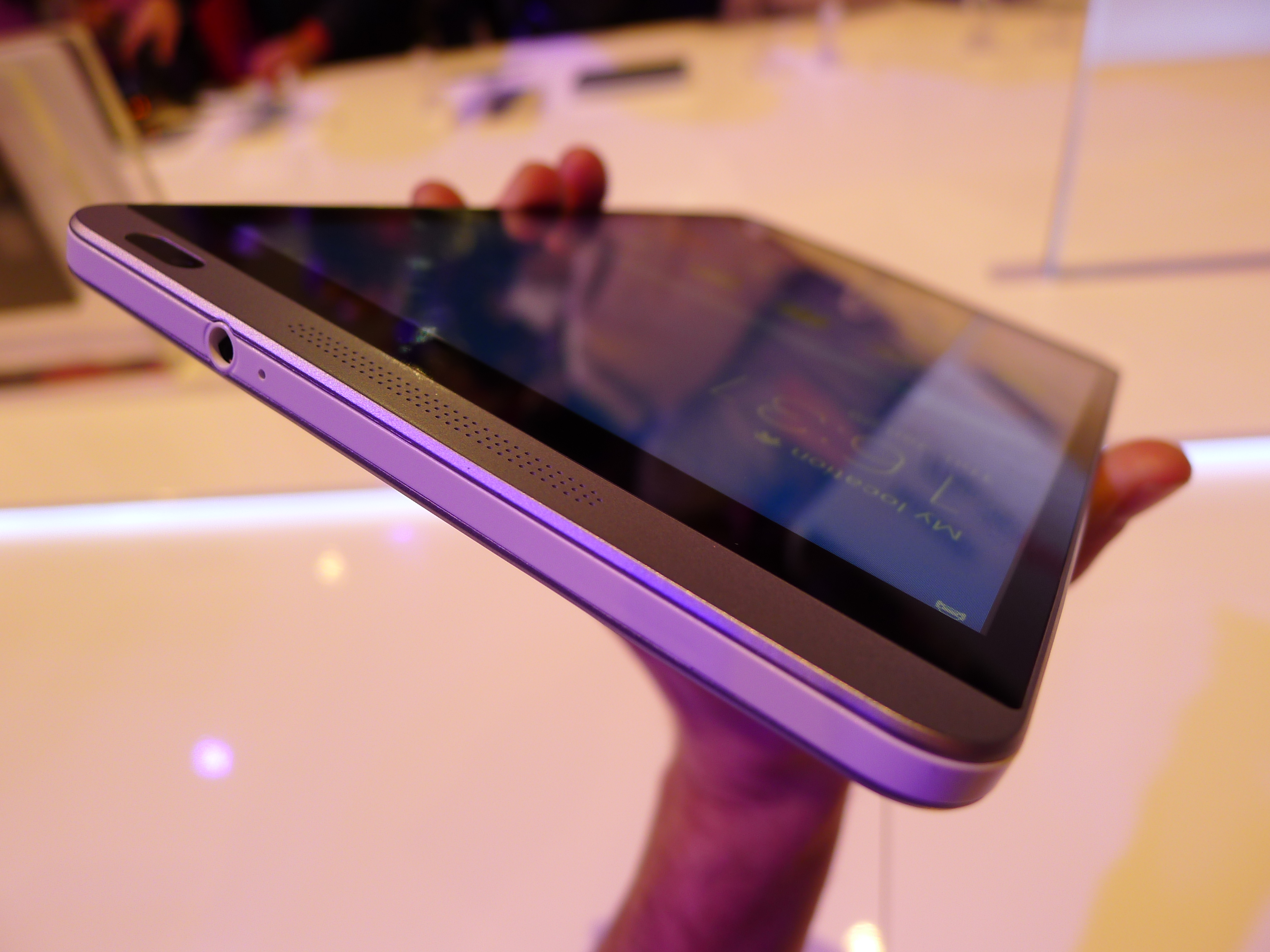 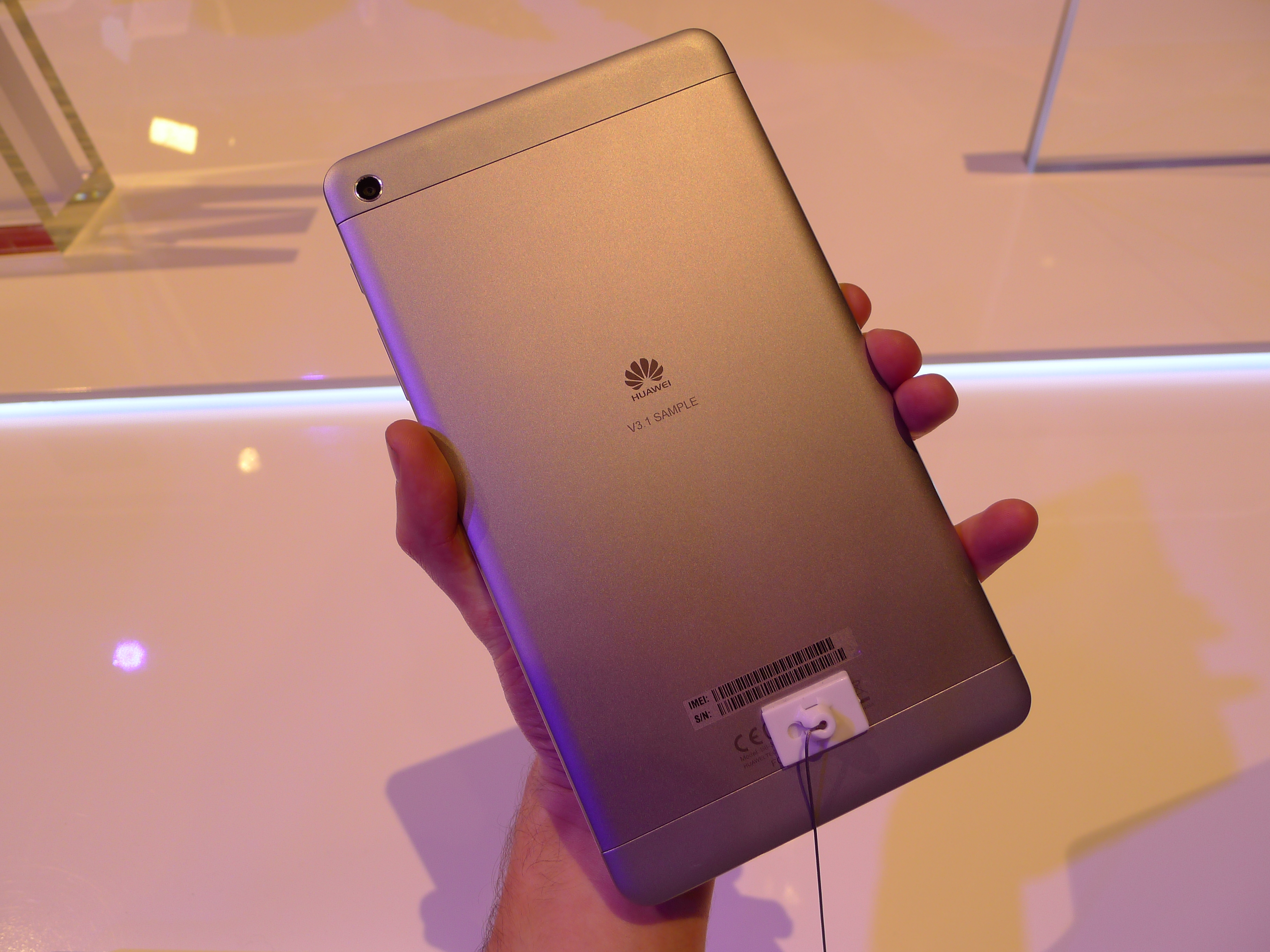 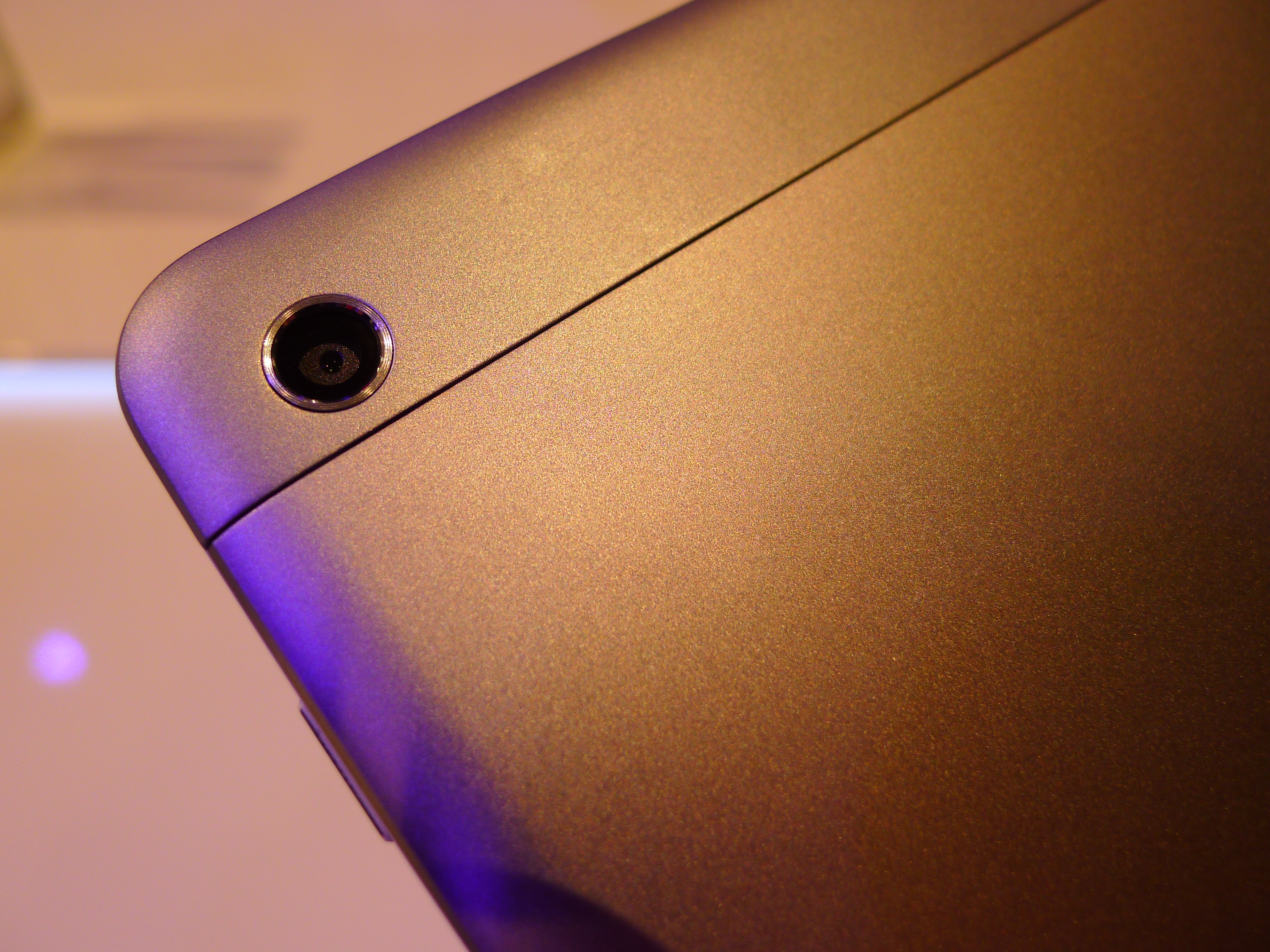 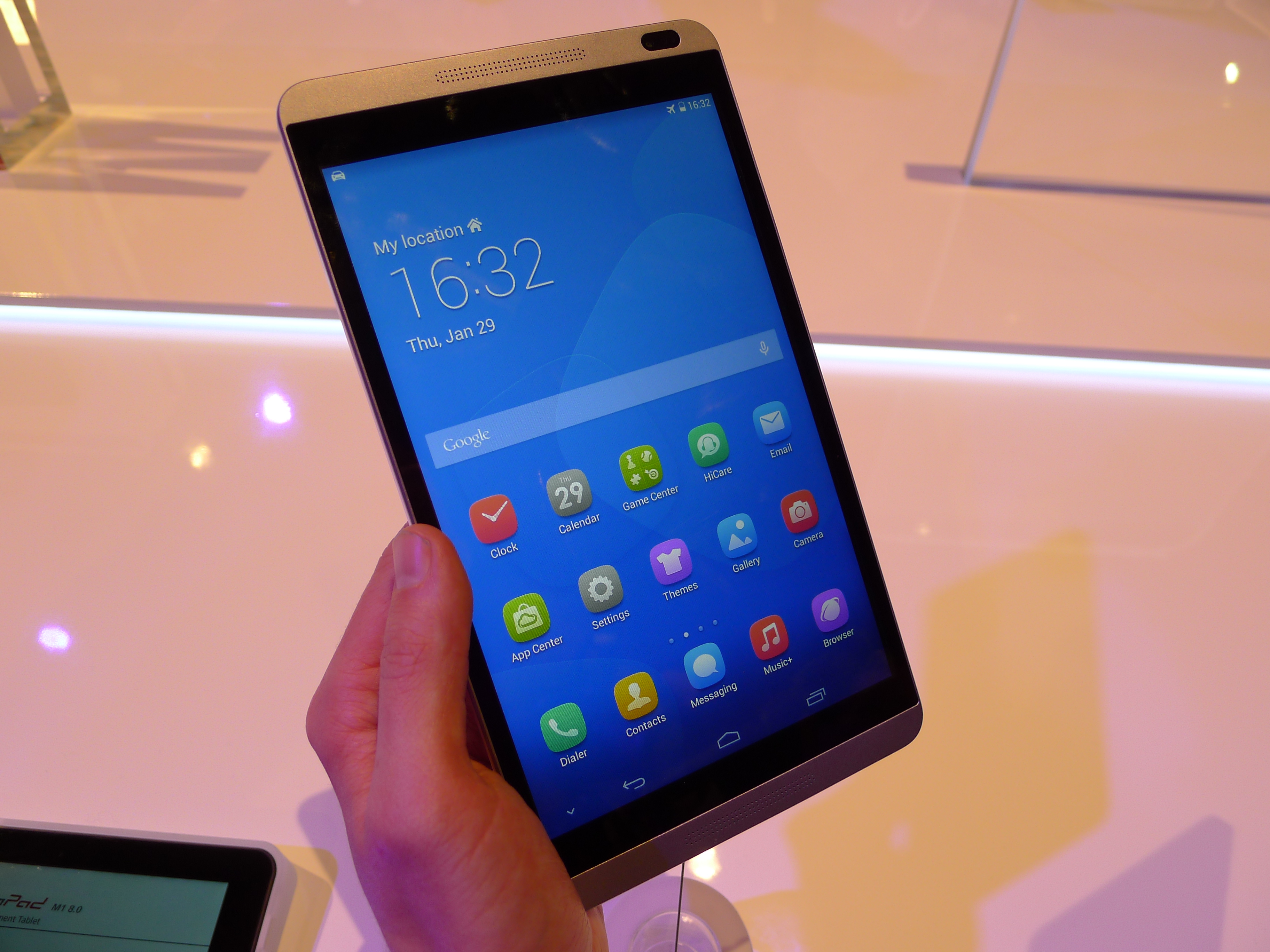