HTC is reportedly gearing up to launch two Windows RT tablet devices in 2013, according to a report from Bloomberg.

Reports suggest that the Taiwanese handset maker — which is struggling to compete against its rivals Samsung and Apple in the smartphone market — is planning a 12-inch tablet alongside a smaller 7-inch ‘phablet’-style device that will be able to make phone calls.

Bloomberg’s sources did not provide a specific time in which the devices might be launched but, if true, the device may well emerge in February. That’s when a large number of new launches will take place at the Mobile World Congress event in Barcelona, Spain, and that ties in with previous speculation.

The 7-inch model is particularly interesting since it would be the first Windows RT-powered device in the iPad mini’s size bracket, if it were to launch.

HTC recently appointed Benjamin Ho, formerly of Taiwanese operator FarEasTone, as its new chief marketing officer and there are hints that the device maker will increase its presence next year.

Earlier in the month, the company signed a deal to become the official smartphone and tablet provider for European football organisation UEFA. HTC would not comment on its plans at the time, but it is the first time that it has been linked with a return to the tablet market, following the lukewarm reception for its HTC Flyer Android tablet. 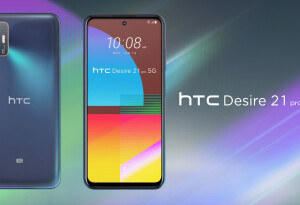