This article was published on December 29, 2011

Dionysian indulgences between Thanksgiving and New Year’s are part of la joie de vivre, but they can take a real, long-term toll on our health. Which is why, like every year, we vow to be healthier in the New Year. We promise to be better to ourselves, manage stress more efficiently, eat healthier foods and hit the gym more often.

This Christmas, my 61-year old father gave us quite the scare. After complaining of terrible stomach aches, we drove him to the ER. 12 hours later, he was in surgery to have his gallbladder removed. We spent Christmas Eve in the hospital; and while my mother prayed, I thought about how I could help and inspire myself and the ones I love to have a healthier 2012.

Maintaining a productive health and fitness regimen is hard. And finding great information online about how to do it is harder. But it’s getting easier. 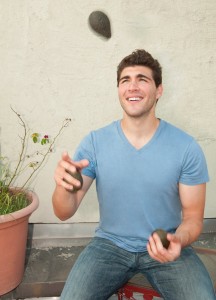 Recently, I stumbled upon Greatist, which is an educated, upbeat and go-to source for all things fitness, health and happiness. The New York City, new media startup was founded by entrepreneur Derek Flanzraich (pictured right), who’s currently training for a half-marathon and has quite a lot to say about his company, and how to stay healthy and happy.

Flanzraich started working on Greatist 7 months ago after CBS bought his former employer, Clicker, in May of this year. “Fitness and health has been my personal passion for a long time. I always credit keeping fit as my secret to how I am able to work really hard, succeed and still be a fun, positive person,” says Flanzraich. “But I’m the first to admit that I struggle with it too. Our goal at Greatist is to make approaching health and fitness easier.”

Flanzraich moved from San Francisco to New York this summer in order to hire the best possible writers and editors for his site. Greatist now has a staff of 15 editors who all have a personal passion for staying fit, supported by the company’s gym membership benefit, of course.

“I love everything about fitness; I weight train, I run and I practice yoga once a week. I love extreme sports too- everything from kayaking to skydiving. I’ll try anything,” he says.

While New York has proven a more difficult city to stay fit in than San Francisco, Flanzraich says fitness and health is mostly what you make of it, although it is deeply and profoundly affected by the people who surround you. “Good health is about choices and being aware of what you’re doing,” he says.

To get started, I highly recommend signing up for Greatist’s Daily Email and checking out these TNW top pick articles below:

Life expectancy has risen in recent years; in the U.S., it’s 75 years for men and 80 years for women. So, science and technology is on our side! This year we wrote about The Future of Fitness and Health and recently gave you a complete run down of all of our fitness and health articles from 2011. Now, let’s take a look at some other great companies that will help make centenarians the average age in the future. Make sure to keep these apps and tools on your to-do list for 2012.

Great apps and tools to use in the New Year 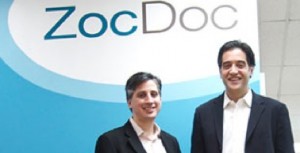 ZocDoc is a free, online service that helps people find local doctors who take their insurance and allows patients to instantly book an appointment for a time that works for them. In most major cities, the wait time for a doctor’s appointment can average more than 20 days (and even higher in January with cold/flu season, New Year’s resolutions and health care benefits resetting spiking demand for doctors).  The company, which we covered in June of this year, uncovers the “hidden supply” of doctors’ appointments (including 10 – 20% that are cancelled last-minute). ZocDoc says that 40% of its patients book an appointment within 24 hours; 60% within 3 days. 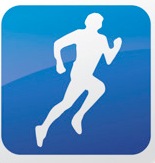 While he’s tried dozens of apps and wearable wrist bands, Greatist’s Flanzraich says that RunKeeper is the only mobile app he uses to track his fitness. Flanzraich is using it to train for his upcoming half marathon. Since its launch 3 years ago, RunKeeper has attracted a massive user base: 6 million fitness enthusiasts and counting on iOS, Android and Windows devices. This summer, RunKeeper became a platform and began to build “The Health Graph” which is much like Facebook’s massive “Social Graph”. The Health Graph allows 3rd parties to build applications on top of a massive amount of correlated health data. RunKeeper integrates with modern fitness devices Fitbit and Zeo, Withings‘ Wi-Fi body scale, as well as heart rate transmitters from Polar and Wahoo Fitness and Garmin watches. Auto-Pause is one of my favorite new features on the app.

Flanzraich loves using Fitocracy to log his weight training routines. Fitocracy is a New York City startup that’s building a gamified social network around fitness. The “fitness social network” requires you to manually enter your work-out in order to gain points and move through the system. People give each other “Props,” that are equivalent to a Facebook Like. The best thing about Fitocracy is that you can log anything, so that I can compete with people even if I’m practicing yoga and they’re lifting weights. Since then, the startup has been admitted into Dave McClure’s 500 Startups Accelerator so expect some big product announcements coming in 2012 like applications with Nike Plus and RunKeeper. 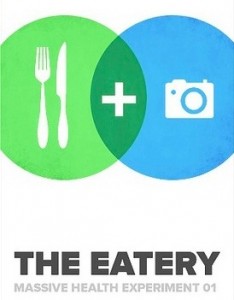 Massive Health, a company that focuses on using technology to better our health, has launched a new app this year called “The Eatery“. The Eatery tracks the types of food you eat, and lets the community decide how healthy you’re eating (or not) as a whole. The app is gorgeous, and just 10 days after launch it had proven itself addictive after one million food ratings. While I use Foodspotting to snap photos of my food when I eat out, I tend to use The Eatery to snap photos of my food that I make myself. This is why I have an extremely high healthy food rating on The Eatery and still have a bit of a belly. Read our full review here.

The Withings WiFi body scale measures your weight, body fat and lean mass. The initial set up takes 5 minutes, then you just step on the scale and voilá! Your measurements are sent to your web or mobile account. By making it so easy to monitor these data points, it’s easier to motivate yourself to make micro-decisions like deciding to walk back home instead of driving, taking the stairs or splitting a dessert.

Withings works with a multitude of devices and applications including RunKeeper, FitBit and Zeo. I use my Withings scale every day. My only complaint? It doesn’t travel well. 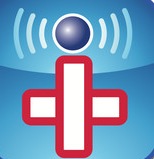 iTriage for iOS lets you self-diagnose (at your own risk) what’s wrong with you when you’re not feeling right. You can search the app by symptoms, specific illnesses, or start with a particular part of your body and drill down to a potential problem. The app also lets you find doctors in your area who perform certain types of procedures or treat certain types of illnesses. Our TNW West Coast Editor, Drew Olanoff said he recently used iTriage when his friend was hurt at an ice rink. iTriage told him the wait times at the local emergency room. Read our full iTriage review here.

Foodzy is an app that helps keep track of what you eat during the day and rewards your eating habits with badges. On Foodzy, you can follow users to discover new products that your friends like as well as discover which of them have eating habits that are similar to you. The Amsterdam based startup gamifies your food intake by rewarding you with badges for healthy choices, and even marks some more ‘fun’ events like a Hangover badge if you drink too much. Foodzy also integrates with the Withings WiFi body scale. Download it here: Foodzy for iPhone and Android. And watch our interview with the Foodzy founders here.

Earndit is a fitness rewards platform, which launched last September 2010 and has 25,000 users. Earndit integrates with RunKeeper, Foursquare, Fitbit, Nike Plus, Every Trail and Garmin to track your daily activities in order to earn points. So now, every time I check-in at the yoga studio, I earn 15 points. Earndit has dozens of reward partners so you can trade your points for perks like online personal trainers, retail gift cards, boxes of energy bars and gym credits. The best part about Earndit is how passive it is. I completely forgot that I synced up my accounts in September and now I have enough points for $100 Bonobo’s Gift Certificates, two free months of Artsicle or free boxes of energy bars just by using Foursquare and RunKeeper.

The new San Francisco based startup Lollihop offers a monthly subscription service of healthy, organic snacks tied to educational online content. Lollihop ships out healthy food much like Birchbox sends out beauty products. It’s a delightful present every month in your mailbox; a package filled with nutritional snacks from brands like Terra, Lara Bar and Kind, hand-picked from ex-Whole Food buyers. For busy moms or lazy college kids, Lollihop is an easy way to get your heath on the right track.

I know a lot of people who are weirded out by juice cleanses because they think cleanses are unhealthy or impossible to do. It’s a personal choice but I have never felt healthier in my whole life after doing a 3-day juice cleanse last May. It was a week after The Next Web Conference and my body was in dire need of a detox. I went with the Blueprint Cleanse, which has a simple, well-designed website and great delivery options in New York City. Basically going on a juice cleanse gives your digestive system a much-needed break and forces you to not drink alcohol for a week’s time, which will make anyone feel better after a week in Amsterdam. (If you email me, I’ll send you the recipes so you can buy yourself a juicer and save a few bucks. These juice cleanses aren’t cheap!)

And do you know the single best thing you can do for your health? Hint: It only takes 30 minutes.

“Better fitness and health is something we all talk about and strive for, but it’s usually the last thing we actually dedicate ourselves to. There are a lot of reasons for that including jobs, family, eating a lot of food, drinking a lot of alcohol, and the list goes on and on.”

The important first strides towards better health and fitness are awareness, education and motivation. I hope this article has made you more aware and slightly more educated. For some motivation, check out this sweet Spotify Running playlist I’ve put together, which I’d love you to add to!

In case you were wondering, the doctors released my dad the next day, so he was able to come home and enjoy Christmas with our family. But what were the first words out of his mouth after 2 hours of surgery and 2 days without food? “Pizzaaaaah. Hot Fudge Sundae….” Looks like I have my work cut out for me in 2012.

Stay tuned for more news on the future of health and fitness and don’t be one of the 43.2 million Americans who ditched their resolutions by February of last year!