If you’re reading this on TNW, chances are that you consider yourself a geek. But you also have non-geek friends, right? So pass this on to them. They’ll thank you for it. Also, this is just a primer. We’ll talk more specifically in other pieces in the weeks to come.

When I was growing up, the most high tech thing in our household was a microwave oven, perhaps followed closely by an Atari 2600. My family didn’t have a lot of spare cash, but I had a TRS-80 that started my world as a geek. My kids, however, have a whole different experience that’s being handed to them, and I wanted to talk a bit about how we (the geek parents) are managing the geek kids.

What really brought this to mind is a specific scenario, but I’m sure it’s not an uncommon one. I’m divorced from the mother of my 7 and 9 year old children. When my kids are with their mom, they have cable TV and a Nintendo Wii (with no Internet connection, mind you). At my house, we have Netflix, a wealth of laptops, iPods, iPhones and an Xbox (which will, of course, be connected to the Internet). But for Christmas this year, they’ve requested “connected” devices, so their mom is trying to figure out how to handle that as a technophobe.

Now it’s worth noting from the get-go that what works for us may not work for you. Every kid is different, with different needs. But I wanted to put together some of the things that we do, in hopes that maybe someone out there could benefit from it. That said, here’s how we handle two kids who are growing up geek.

Start By Educating Yourself 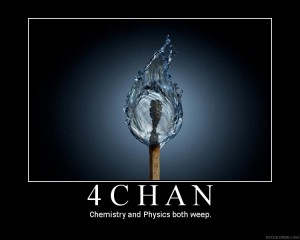 This is something that I can’t stress enough. While the Internet holds a wealth of valuable sites and information, it also houses the dregs of humanity and things that nobody should ever aspire to see, hear or read. It’s your job to find out what’s out there, if for no other reason than to know the dangers that lurk.

Take a trip over to 4chan’s /b/ (this isn’t even remotely safe for work, by the way), browse Google Images for things that you would think would be safe. If you’re not already familiar with the possible dangers, you need to be and there’s no better way than to bury yourself inside of it. Just, do yourself a favor and turn on private browsing first.

One mistake that we made was to believe that our kids would have an innate understanding, somehow, of computers, the Internet and how it all worked together. The fact that they don’t hasn’t caused big problems, but it’s worth a quick technology lesson so that when you refer to a router or tell them that there’s no Internet in the car, they’ll understand why.

Teach them how to use a computer the right way. If you don’t know, refer to step number 1 and apply it to this as well. Teach them what a browser is, how to properly work within it and what its limitations are. For my two, they’re enthralled by our duo of Chromebooks because the vast majority of what they want to do is on the Internet. But because of that Chrome OS platform, I had to teach them that Minesweeper doesn’t come from a “Start button” like it does on my wife’s old Toshiba.

You also need to have a firm grasp of different operating systems. Know how to do things on a Mac, even if you don’t use one yourself. Understand how to find the browser history on an Android device, how to uninstall apps from an iPhone and how to save files to the drawer in Chrome OS. For you, this will only take a couple of minutes. For your kids, it’s potentially hours of frustration and you need to be able to answer their questions.

Furthermore, you have to help them understand that what works in one place won’t necessarily work in another. Kids are tactile-driven beings, for the most part. As such, they tend to take well to tablets and other touch-enabled devices. Give them a mouse and a keyboard and matters start to get confused a bit. TNW’s Martin Bryant covers this in a great piece about what our digital native kids can teach us. 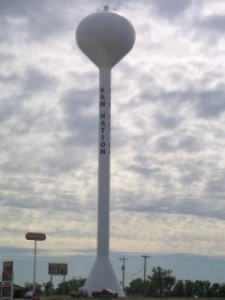 One of my son’s favorite activities is to use Google as a tool for world exploration. He’ll ask it questions like “where is the world’s biggest water tower” (it’s in Braman, Oklahoma, by the way), then go looking at pictures for hours. Obviously, giving him free reign to browse via Google opens up doors that I’d rather were shut. As such, I’ll often ask him what he’s looking for, then gauge his answer as to whether or not it’s potentially dangerous.

In this instance, I’m also firm in explaining to my kids that I’m giving them some freedom to explore, but I’ll clip their wings if they fly somewhere that they’re not supposed to. You have to give them credit for being smart enough to make the right decisions, but not so much credit that you trust them implicitly to do everything perfectly. Obviously, since mine are 7 and 9, they’re not quite as capable as a 13 and 15 year old would be, so base you lines in the sand accordingly.

But they do know the difference between what’s right and what’s wrong. They know when they’re somewhere that they’re not supposed to be and they’re quick to tell me, openly and honestly “hey dad, I landed here” so that I can then make sure it doesn’t happen again by tracing the steps that they took.

I also monitor their use, both while it’s happening and after they’re done. I check history, look at chat logs (mainly they just chat to each other and to us, but just in case…). If your kids are older, you’ll have to adjust your behavior accordingly.

See It For What It Is

The Internet truly is an amazing place, full of possibility. My son (the 9 year old) wants to play RPGs, but he doesn’t like to read. So the trade-off with us was that we’d let him play some, but he had to read them and figure out the quests for himself. In turn, he’s become a stronger reader. My daughter loves to read, but hates to figure things out. So we’ve found problem-solving games that force her to think her way through things, while keeping her entertained.

For us, the Internet and computers are tools to augment their learning in ways that are fitting to their interests. While we understand the potential dangers, the rewards far outweigh the risks. You just have to be aware of both sides, then measure for yourself the potential of each.

In time I have no doubt that my kids’ knowledge will surpass my own. It’s what every parent should want, in my never-humble opinion. But until that time comes, I’m going to keep my kids online, learning every step of the way.