Many thousand years ago, man mastered the art of agriculture. And through that knowledge, humans started producing more food than their immediate families needed. They realized that they could afford to give some of their goods away, and gain a benefit from it. Thus bartering was born.

Barter is the root cause for much of our human culture. Somewhere along the way money evolved as a medium of exchange, trading activities began to specialize and institutions like banks, insurance agencies and transport organisations came to be. Now we shop online. At the core though, we’re still trading and bartering, even if we now order a pizza online and pay via credit card instead of trading a goat for two bags of corn.

That’s a very, very short history of the evolution of commerce, but it elucidates that fact that we’ve moved far away from knowing the person at the other end of the transaction. Technology, of course, accelerated that shift. But now, we’ve reached the tipping point. Suddenly, we find ourselves looking to the past, a time when sharing what we had with other people was the alpha and omega of our existence. And it’s technology that’s showing us how to take our old market values and evolve them into Trading 2.0.

“We’re seeing this shift away from top-down monopolies to human marketplaces. We placed our trust in big brands and faceless corporations, now we’re turning away and saying we actually want industries to be human again,” says Rachel Botsman, the world’s most influential speaker, author and consultant on the revolution of collaborative consumption. As I speak to her, she has just come off a plane from Australia to England with a toddler in her arm, but is still brimming with energy. Besides being an author and speaker, Botsman also acts as a Venture Partner for the Collaborative Fund, which focuses on supporting entrepreneurs who build on the idea of collaborative consumption.

“In the world of collaborative consumption, people are investing in meaning.”

Collaborative consumption includes all the forms of bartering, trading, sharing and renting that we are re-inventing through online platforms. It includes renting a room on Airbnb, finding someone to carpool with on Uniiverse and asking a stranger to assemble that IKEA shelf you can’t quite figure out on TaskRabbit. We have started to trade our personal goods or assets with strangers we have never met, or even spoken to before. It would seem like a bit of a crazy idea, but what we’re just returning to the innate sharing behaviour that made us human – and technology is taking us there.

Why are we going through this reversed market-evolution, back to sharing resources in a community? Craig Shapiro, founder and CEO of the Collaborative Fund, says the drivers for this movement are two-fold:

“First, consumers are continuing to adopt and champion alternative ways to do commerce, such as renting their apartments to others where and when there is availability, their cars when not in use, or fine art that would otherwise be out of reach. Second, some of the best and brightest entrepreneurs have started focusing on building tools for this movement — with dozens of startups like Getaround and TaskRabbit […] in sectors as diverse as car sharing to toy rentals.”

I trust you more than a big bank

Collaborative consumption works even in sectors that seem unlikely to work on a peer-to-peer level. For example, lending money directly to a stranger on the Internet sounds like an exceptionally bad idea. Yet Zopa, a UK-based peer-to-peer money lending company, counts half a million members, has lent £160 million between its users and sees its numbers steadily rising. In a time when only 18% of UK residents say they trust banks, the alternative offer doesn’t seem so crazy anymore. We are looking back at a financial system that has left us vulnerable and destroyed our trust, and we are turning away. Interestingly, we are turning to a market behaviour that requires plenty of trust, in a global marketspace – the Internet – that is a lot less trustworthy than the village community our (very early) ancestors lived in.

In an honest blog post last year, Union Square Ventures’ Fred Wilson came clean on why he passed on the posterchild of collaborative consumption success, Airbnb. It boiled down to two things: one was size of the market, and one was trust. “At that time, Airbnb was a marketplace for air mattresses on the floors of people’s apartments,” he wrote. “We couldn’t wrap our heads around air mattresses on the living rooms floors as the next hotel room.”

The story is of course history. Airbnb became much more than just a collection of mattresses, it became the first trustworthy marketplace of the sharing revolution.

“I think we underestimate how much Airbnb has done for this space,” says Rachel. “It had a phenomenal impact. People said, well if it works for spaces – assets that people are really attached to, because someone staying in your home is a real high degree of risk – then it will work for other things too.” 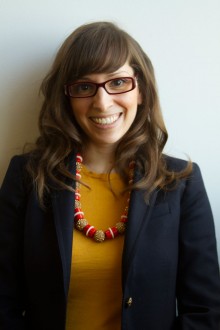 It worked for sharing our skills, for example. TaskRabbit is a fascinating example of shared economy behaviour. The platform allows users to outsource their errands and tasks to “Rabbits”, ordinary people in their neighbourhood who choose to bid on completing the tasks required. Enabling people to use their individual skills to help each other is a wonderful achievement, but it’s also a concept that requires trust between complete strangers. Founder of TaskRabbit, Leah Busque (pictured right) soon realized that trust, security and reputation were the keys to a successful business. So TaskRabbit developed an application process for potential “Rabbits” that includes video interviews and tracking their social security number, and combines a reputation engine based on ratings and reviews for every task completed.

“That reputation engine that we built on top of the background check, those are the pieces that we found helped to solve and lower the barrier between users trusting each other,” Leah explains. She adds: “I think there’s still a lot more innovation to do in the reputation space.”

Reputation is one of the key enablers of the peer-to-peer space. We don’t have much to base our trust on when we enter the home of a stranger we found on Airbnb or give our address to a grocery runner we hired on TaskRabbit. We’re not in the little village anymore – we’re in the global village. Technology has to find a way to re-invent the ways we establish trust, just as it re-invented the way we trade. Reputation models are the way to do that. Rachel Botsman even believes that “reputation capital” will soon become our most valuable asset.

“We’re still relying on currency because that’s something that we trust – but once the behaviours become second nature, the idea of paying people with money could also become obsolete,” so she says. But could money really become less valuable than our reputation as trustworthy sharers and traders?

“Yes. I’m not talking 10 years, I’m talking 20, 30 years – I really believe that your reputation will become your most valuable asset.”

I don’t want the DVD, I want the movie

We seem to be quite happy to share and trade our skills, our stuff, even our homes. Our relationship to stuff is indeed less materialistic than it has been for a very long time. Bartering developed because it helped us survive, but today, as every household counts thousands of artifacts and money is the trading medium we rely on, we don’t really need to share. The great thing is that we want to anyway.

Ownership is inferior to access, to the ability to share or rent, said technology visionary Kevin Kelly in a revolutionary essay 3 years ago. In the digital sharing age, we don’t care about owning the DVD if we can stream the movie on Netflix instead.

“As creations become digital they tend to become shared, ownerless goods,” he wrote. “For many people this type of instant universal access is better than owning. It’s not hard to imagine most other intangible goods becoming social goods as well.”

Digitalizing something means making it accessible, means making it social – but does it? The amount of things we have access to today is an amazing privilege, the documents, lectures, pieces of music and other forms of art we can find online are sources of knowledge and inspiration only a fraction of us could have experienced a few decades ago.

For thousands of years, people travelled to the ancient University of Alexandria to experience great ideas before TED came along. Having “shared, ownerless goods” at our fingertips is magnificent, but the prevalent idea is that technology is also making us more isolated, rather than social. This idea stems from the fact that we can increasingly find or order most anything we need from behind a screen. With collaborative consumption platforms, we are deliberately going back to acquiring goods, running our errands and sharing our assets on the basis of real human interaction.

“We see all kinds of human interaction [on TaskRabbit],” says Leah Busque. “There’s this woman that feeds the homeless in some of the toughest areas of San Francisco. She actually hires a Taskrabbit to go out with her and walk with her through these neighbourhoods where she feeds the homeless. That proves that the network that we built has such an important social potential as well. Technology gives us access to a global network of people that if we leverage it as a local tool by creating trust in a community, I think that’s when it becomes very powerful.”

Rachel made it clear that interaction via collaborative consumption moves so fast because it’s not inventing anything new – it’s just re-inventing what we’ve always done. “Sharing assets is prehistoric, innate behaviour. This is what we’ve been doing for thousands of years. When people say ‘why is this happening so fast?’, it’s partly because technology is enabling something very innate to us. It’s not something we have to learn or be convinced by, we just have to have the technology to make it easy.”

Technology, which Kevin Kelly often calls “the 7th kingdom of life” that express its core purpose of accelerating evolution, is leading us back to a consumer environment that is actually more human, more personal and more traditional. “I think this is where technology is naturally taking us. This is what technology was built to do – to create these interactions,” says Rachel.