Regularly engaging content is the holy grail of any social media page. However, most strategies tend to focus on posting content relevant to them without really considering what it is fans are looking for. People don’t want to be fans of faceless businesses that lack personality, but want to be entertained or amazed instead.

You should always put some thought into what type of content you’re going to post, but there are ways to turn your content from good to great. All you need to do is think about how you approach it a little differently.

Before you can start, it’s better to realise that no matter how diverse your audience is, either geographically or by age, all interaction boils down to two things: Needs and desires. Needs are something you absolutely need to survive, the basics if you will, while desires are things you don’t necessarily need, but you feel will significantly enhance your life. The second emotion is what you should be aiming for as nobody really needs to follow a brand page, they follow it because they want to. Such pages have to offer content that they find interesting, funny, insightful, nostalgic, shocking, amazing, or enlightens them.

While we like to think of ourselves as logical people, the reality is we’re more likely to respond to anything that triggers an emotional response. Understanding your audience means that you need to acknowledge this fact, and while you can post company announcements and promote yourself, you should remember that it’s a two-way street and your audience needs to get something out of it.

Give them a powerful reason to act

Nothing will get people to act more than a strong reason. From a marketing perspective, it can be difficult to find a cause that finds the perfect middle ground between inspiring and cynical, but it is possible so long as you don’t resort to “like and share” competitions – which, by the way, go against Facebook’s T&C so don’t get any ideas.

To look at a recent example, the Facebook page Two Girls And A Puppy has been getting a lot of coverage in recent times. For those who aren’t familiar with the page, two girls made a bet with their father that if they get one million likes, he will get them a puppy. Lo and behold, the page went viral, its profile photo has been liked two million times and a quarter of a million people like the page.

Another example comes from a year and a half ago with poultrykeeper.com. You might remember its tweet where a staff member made a bet with his boss (noticing a theme here?) that for every time the tweet (found below) was retweeted, he would pay him 50p. Over 22,000 people retweeted the message, meaning that staff member could have potentially gained £11,000. Both examples started off as a bet so the urge to help the underdog is great while the method of doing so – liking or retweeting – is quick and painless.

The caveat behind these examples – especially in the case of poultrykeeper.com – is that likes and retweets doesn’t always translate into follows or page likes. A once-off will get you coverage and will make people aware of your page, but you need to give them a reason to follow you.

Offer tasks with a clear goal

In 2011, a lot of talk centred around the concept of Gamification. It was going to be the next big thing as brands added small goals to encourage users to interact more. Things haven’t quite worked out that way, but that doesn’t mean there aren’t parts of that idea you can incorporate into your own content. For one, breaking down a task into manageable chunks with a clear main goal, and mini-goals to coax users along is more likely to increase overall engagement.

Take Ford’s Instagram campaign from last year as an example: The Fiestagram. Dividing the campaign over the course of a month, fans were asked to submit Instagram photos relating to a specific theme relating to the car. Each week, a winner would be chosen and at the end of the campaign, those who won were entered into a draw to win a Ford Fiesta. Not only did it mean participation, but Ford got a lot of exposure on Instagram through the #fiestagram hashtag. By giving clear objectives and a motive, you can motivate your audience to engage with your page.

A person is more likely to recommend a brand if he/she identifies with it, that much is obvious. The fact that you already have one or more social media pages already means you want to increase that sense of familiarity. However, it’s building it up that’s the difficult part. For one, it will mean that you will have to post regularly, the more posts you have, the more chances you have of appearing in people’s news feeds, further building up this sense of familiarity.

While posting and tweeting content is a good way of getting noticed, the great thing about social media is that you can take a more proactive approach. For one, look beyond the mentions you get and instead focus the conversation happening around you. Using a combination of your own company news feed and search, you can see if people are having problems or need questions to be answered. Nobody expects a company to jump in with help, but when they do (and when it’s genuinely helpful), it’s a nice surprise.

A nice touch, although it’s not strictly required is to mark your tweets with your name (or initials) when you’re replying. That way, they know there’s a person behind the account. Hertz has a brilliant idea where on the left-hand side of its Twitter page, the names and initials of its customer support team are provided.

As touched upon at the beginning, effective content appeals to people in a way that triggers a response. One emotion that always gets a positive response is nostalgia. No matter what generation you speak to, things were always better in (insert appropriate decade here). It’s the reason why posts like Buzzfeed’s posts about the 80s and 90s are so popular.

Sticking with that theme, maybe there’s something that you found in the office or at home that triggered memories. It doesn’t matter if you go off-brand, but make sure you give the post context. We’re not saying to start tweeting and posting images of typewriters and Commodore 64s, but look beyond your brand for content ideas.

In this post we published on our Facebook page, we tied the image around gift ideas since it was coming up to Christmas time. A humorous image combined with a short blurb for context gave people a reason to like and share the post.

An alternative title to this could easily be “Don’t rely on the same type of content” when you’re posting updates, otherwise your fans will get bored very quickly. There is nothing more boring than predictability and once you walk down that path, you will see your engagement drop pretty quickly. Mix it up a little and keep people guessing what you’re going to post next, so that they will be curious enough to follow your page.

The power of imagery

Nothing is more powerful at conveying a message then an image. Why? A picture paints a thousand words, has an immediate message and is obviously more visually appealing.

When compared to other mediums, images have a greater reply and comment rating. A wall of text requires you to read through it all, a video requires you to invest time if you want to watch the entirety of it. Images don’t have either of those problems, instead what you see is what you get.

As a rule, image related posts do better than other mediums when it comes to likes and shares so if it ties in with a blog post or article, include the link in the blurb so that people can find out more about the subject.

Considering how popular the subject is, it’s no surprise that there are numerous articles dedicated to it. All of them are worth delving into if you’re looking for a more comprehensive understanding.

This article is published in association with SimplyZesty, a digital marketing agency. 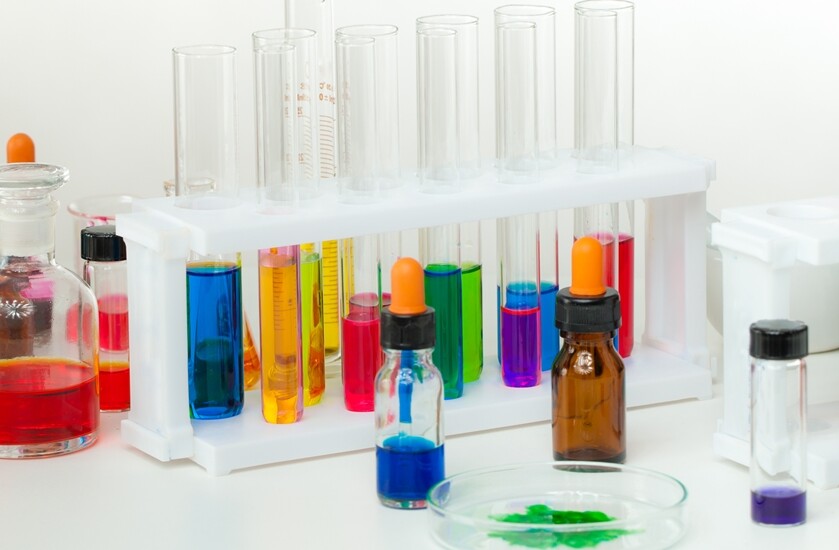 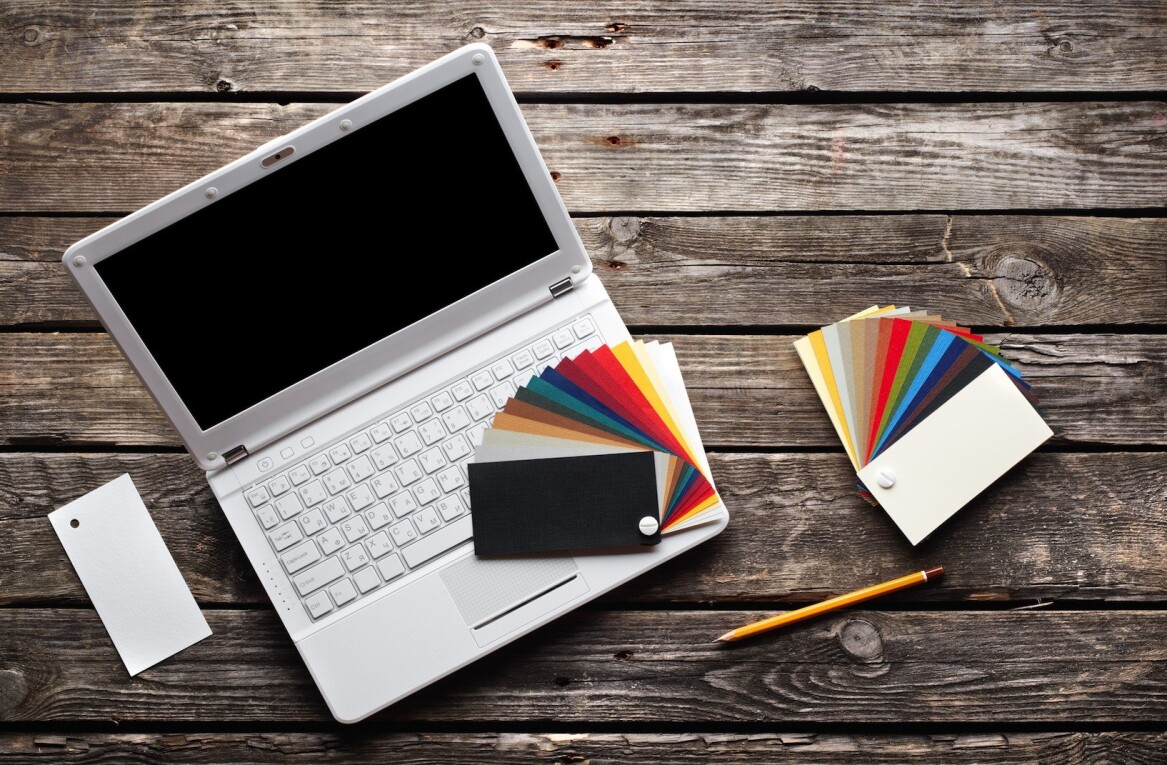