Latin American ed-tech startup Platzi will be on stage at Y Combinator’s Demo Day this Monday. As you may remember, Platzi is the new name of online education platform Mejorando.la — a rebranding aimed at reflecting its global ambitions.

Its co-founders may also be familiar figures to TNW readers: both CEO Freddy Vega and COO Christian Van Der Henst have been co-leading several projects which we have covered over the last few years, from their weekly tech podcast to their conferences and online classes. All of these have now been brought under the umbrella of Platzi. 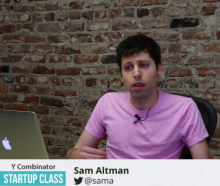 While Vega and Van Der Henst started out with a focus on Spanish speakers all around the world, Platzi has recently launched courses in English. The first class was taught by no one less than Y Combinator’s president Sam Altman, who also recently referred to Platzi as “one of my favorite companies in our current batch.”

Although Platzi offers several technical courses, its target audience is not limited to developers. “Our 3 axes are programming, design and marketing, which haven’t left any professional sector untouched,” Vega tells us (translation ours).

As a result, Platzi’s latest non-programming courses range from a workshop by Kevin Hale on the “5 laws of interface design” to a class on “How to build and grow online communities” led by Product Hunt’s first hire Erik Torenberg. The startup is also experimenting further diversification, for instance with a new course on video production that also covers the business side of things.

Most of Platzi’s content is still in Spanish, although the stream of high-profile English-language classes hasn’t stopped since Sam Altman’s inaugural class last February. According to Vega, 10,000 of Platzi’s 80,000 students follow classes in English. “Our growth in English has been much faster than our initial growth in Spanish,” he says.

Platzi’s model is resolutely freemium; its free side includes its founders’ weekly podcast and some basic technical courses in Spanish. All of its courses in English have been free so far, which also has to do with their short duration (less than two hours). However, the startup is now working on longer courses in English that will become part of its SaaS offering. 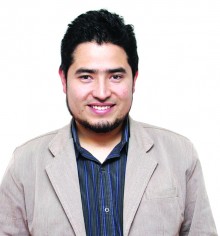 As a matter of fact, Platzi changed its business model in January 2014, and went from charging $99 USD per class to a $29 flat monthly rate (with a minimum subscription period of 3 months). “We wanted to share our content as widely as possible, and we also knew that the skills we were teaching were very complementary,” Vega explains. The new formula has been a success, and Platzi now boasts 15,000 paid students.

Platzi’s most interesting metric is its average class completion rate. At 70 percent, it is undoubtedly stands out from MOOCs’ dropout rates. “We have found the right way to teach technical skills online, and we solved the problem of keeping students engaged,” Vega says.

Platzi’s approach stems from its vision of education. “The way we learn has changed dramatically over the last few years. People never stop learning and are constantly looking for ‘knowledge upgrades.’ In addition, they aren’t looking for academic knowledge; they want to learn from the best professional in their industry,” Vega states.

With that mind, Platzi selects its teachers based on their portfolio, rather than their academic credentials. It also makes sure they are able to teach live classes, which are a key element of Platzi’s identity and contribute to its completion rates. On one hand, having to ‘attend’ at a specific time creates a deadline that helps students stick to their plan. On the other hand, classes on Platzi are very interactive, and students usually don’t want to miss out on live interaction.

Interactivity is at the core of Platzi’s live experience. In practical terms, students constantly share comments and notes in the right-hand column while watching the main video on the left. Rather than distracting from the class, it actually makes it more effective and collaborative, as students can bookmark’s anyone else’s comments to add them to their own notes. Perhaps more importantly, teachers are also paying attention to the stream, picking up questions and giving answers in real-time.

From LATAM to YC

With a proven product/market fit and a strong user base, Platzi found itself in the somewhat unusual position of not needing investors. Indeed, it has bootstrapped its way to a whopping $2.7 million USD in revenue to date, and Y Combinator’s investment has been the first external funding it has received.

In other words, Platzi didn’t join Y Combinator for the money. Instead, its founders were interested in YC’s potential to help the company grow globally, both through its program and through its alumni. “At the beginning, finding teachers was our number one challenge,” Vega recalls. By contrast, Platzi has managed to enlist well-known industry figures to deliver its first classes in English, many of whom were part of the YC network.

It is quite clear that Vega is thrilled to be part of YC — he repeatedly uses the word “unbelievable” to refer to the doors it has opened. He also wishes more and more Latin American entrepreneurs will be able to share this experience, a wish shared by YC itself. “We have a few awesome Latin American companies in this batch and we’d love to encourage more startups from Latin America to apply,” YC partner Kat Mañalac told us in an email.

Platzi is part of the 5.26 percent of companies in YC’s winter edition 2015 that have at least one Hispanic founder, alongside DemocracyOS, Themidgame and Bluesmart (see our recent story). “YC doesn’t care where you come from, or whether English is your native language. It’s not about where you are from, it’s about what you can create,” Vega adds.

One of the next boxes Platzi wants to tick is to launch mobile apps to make learning even more flexible. Still, its Web app is already responsive, and 35 percent of its students follow Platzi classes from their mobile devices (mostly from tablets).

Chances are that these apps will be built by its in-house staff, which consists of 25 workers in Colombia and four in Mexico, many of whom have a tech background. In addition, Platzi is on the lookout for native English speakers and more senior staffers to expand its US-based team of three.

The next event on its calendar is Platzi Conference Mexico, which will take place on May 2. Platzi hopes to double the attendance of last year’s edition by attracting 2,000 participants and 30,000 online viewers. Details of the event will be announced after YC’s Demo Day, but Vega already disclosed that Sam Altman will be a featured speaker — stay tuned for the full line-up.