Following on from our post last week about Associated Press introducing guidelines to credit bloggers, I’ve been thinking more and more about the opportunities for newspapers online and through social media, as we steadily approach a point when we need a truly new type of media to bridge the gap between grassroots blogging and traditional media. Not that either of those aren’t valuable in their own right, but the possibilities for something new are huge. And, as we’ve seen with The Times, whose readership recently dropped to 500,000, clearly for some a third way may be needed. Putting up a wall between your users and your content isn’t going to cut it and could mean you’re in bigger trouble than when you started. I want to look at some of the opportunities for socialised news or newspapers.

Given the huge amount of real-time, on the ground news reporting that goes on Twitter, there has to be an opportunity for more newspapers to utilise the photo content that’s created around this. Now newspapers or TV News have certainly made use of ‘real’ photos before from individuals, but I think this is something that newspapers online should make a regular feature, both through sourcing genuine photo or video content, as well as providing a place for users to submit their own. For me there’s just something more genuine about seeing a photo from your average Joe that was at the right place at the right time (or made sure that they were) than seeing pretty much the same photograph circulate around different newspapers, in the same style that you’ve come to expect. If this is done in the right way, it could not only serve to make news content feel more ‘real time’ it also provides a source of revenue for those people that are out there creating this content. 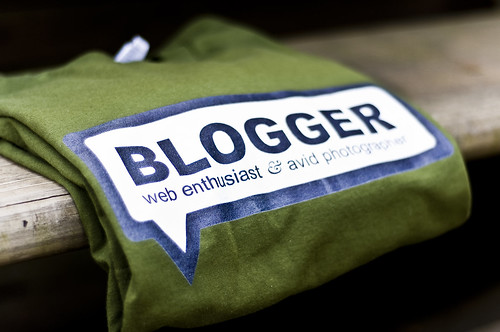 Now some newspapers have started experimenting with using bloggers on their site, but I don’t think this has yet reached its full potential. I think there’s a huge opportunity for newspapers to establish a network of bloggers in different regions around the country to provide news real-time and get a genuine local perspective when this is what’s needed. The huge amount of local news content is evident out there on blogs and social networks, but online newspapers have the advantage of being able to bring this all under one umbrella. Establish relationships with these people online and make it clear that they have an accessible communication channel through to you. Then this content is brought under a credible source and importantly gets the crucial information that local bloggers can provide, in front of thousands or millions of eyeballs. By relying on the traditional network of journalists, newspapers risk restricting their potential to get to the news first.

Now of course, this has implications for traditional journalists. A newspaper can’t be expected to magic up more money and just supplement content from bloggers alongside that of their usual articles. And I’m not suggesting that journalists are now out the window and bloggers reign supreme. That argument is being fought on a daily basis and I don’t want to inflame it! But given that there is such hostility between so many bloggers and journalists, there must be a way to make the most of what these two have. Bloggers have immediate access and means to get the content needed around the news, and journalists are in a position where they can get this content into a story, combine it with other sources and get it published. It should be a win-win.

Charge for a social media experience

The Times have certainly proven the case that people simply will not pay for content online, when it’s so readily available on other sites for free. And we’re never going to get into a situation where every single news site is charging for their content, so newspapers need to think about what they can provide, that users would be willing to charge for. The answer is in how they optimise their content for social media, but more specifically, make their content available through different social platforms. An easy example of this is through apps. I happily paid £2.39 for the Guardian iPhone app when it came out and if they made an app specific for Guardian Tech, I would pay for this too. This is because I recognise the benefit of an easy viewing experience through a mobile app as opposed to visiting their mobile site. I pay for it because it saves me time and optimises the content I’m consuming.

The potential for this is huge, and it can get really clever. If I could, for example, pay for a news service provided by a ‘traditional’ newspaper, that would instantly subscribe me to their content on my different social profiles then I would do it in a flash. So say I pay €5.00 for the Guadian social media experience. I give it my details and it automatically follows their relevant accounts on Twitter, adds their page content to my newsfeed on Facebook, subscribes me to their feeds in Google reader and texts me a link so I can download their apps onto my phone. And it then offers to upgrade me to their email service, where I get sent a daily summary of the content it knows I’ll like based on my social profile. I would happily pay a monthly subscription for this because it takes a job away from me that I’m going to do anyway, but also saves me time. Instead of having to go out and find content myself, it’s right there in front of me.

This is just one hypothetical example, but if newspapers focus on how to monetise through content through social technologies and provide users with an experience that can’t be replicated elsewhere for free, it could prove a hugely valuable revenue model.

Give me a live blogging section

For some stories – such as natural disasters or huge sporting events, live blogging/microblogging is clearly always going to win out. But I think there’s an area in this that’s not really fully been utilised yet, and that’s in providing a service that not only collates all the real-time information, but manages to organise this into the most credible sources. If you’re following something realtime, such as searching on a hashtag, you inevitably have to sit through a lot of rubbish to get to the good content. This is something that’s been addressed by the likes of Ushahidi – where they offer credibility to real time situations but attributing a creator of a topic, who adds and deletes other sources on the topic. The emphasis is on accuracy as opposed to popularity. This would be an excellent service for a journalist to provide – where they can filter and decide which content is credible or more authoritative and then present this back to the user in a live stream of information.

Now this does change the make-up of real time news, where the idea is that anyone can contribute. But this isn’t to offer a service that is purely ‘social’ – that’s already being offered by Twitter – but a new kind of service where someone you trust is filtering through the news. And it’s clear that there are situations that could be well-served by this. Paul Carr discussed the negative effects of citizen journalism, which show the need for someone to monitor the messages in certain situations.

Now this is slightly left of field, but news around conferences and events is huge. When Google hold a seminar, everyone follows the hashtag, looks for live blogs and consumes video and photo content. What I’d like is a place where I can follow live events that I’m interested in and get all the information in one place. Instead of just searching the particular hashtag that you know to an event, imagine if you could search ‘gaming’ and find content and presentations from all those events currently going on. This could be a service that events actually pay for, in order to be included. They get their event in front of a huge audience (thus being able to charge their sponsors more) and have the benefit of someone organising all their content into tweets, videos, presentations for their audience and potential ticket buyers to find.

Only publish at the weekend 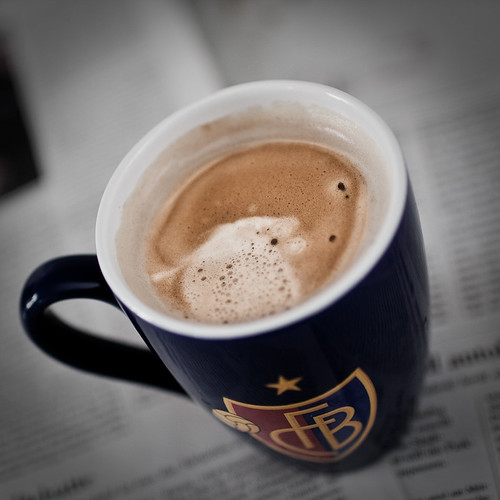 I really think that the days of buying physical newspapers are numbered, but rather than advocate newspapers go 100% digital only as the Seattle Post-Intelligencer did, I think that newspapers should restrict themselves to only publishing paper copies at the weekend. I get everything online and consume my news daily on there but there’s something to be said for the morning paper with a pot of coffee that you just can’t replicate with a laptop, ebook reader, or whatever is your device of choice. Just like DVDs will never kill off the cinema experience, I think the weekend paper will always be a revenue stream for publishers. I don’t think that newspapers need to publish weekly copies for much longer.

This may not be the most popular choice, but I really think it should be a stipulation that all the journalists within your organisation should be on Twitter. Not only because it gives them access to such an important news medium in today’s society, but also because it provides them with an avenue to source exclusives. As the founder of an online PR & Social Media agency there have been a few occasions when I’ve had a news story related to our company that I’ve sought traditional press for. On these occasions I’ve always gone to journalists that I know are on Twitter and used this method before email. It’s worked so far and I think that all journalists should be on there to massively open up the news sources for their publications.

These are the areas that I really think newspapers need to explore and introduce in order to not only survive social media, but actually benefit and grow from it. Many are making great strides in introducing social technologies, with the Guardian leading the way in my opinion and I think this is one area that will really grow over the next 12 months.