Would you drop Pandora for another service? If you’re in the US, the answer may be yes, but in many other territories, you may not even have access to Pandora and the likes. This is the market the new web-based music streaming platform Senzari wants to capture.

Senzari was launched officially in the US and Brazil last week, and we asked its CEO Bill Hajjar to tell us more about the startup’s plans.

Let’s clear this first: chances are you haven’t tried Senzari yet since the service is currently invitation-only, but you can sign up by visiting senzari.com/thenextweb before 00:01 EST on December 9th. If you miss the deadline, you can also ask one of your Facebook friends who has access to the service to invite you.

Why US users could prefer Senzari to Pandora

Comparisons with Pandora quickly come to mind when describing Senzari. Both services let you search for your favorite artist to create your own radio station which will mix that artist’s tracks and similar ones by other bands. Since algorithms aren’t perfect, you can still skip a few songs if you don’t like them.

However, Senzari’s CEO is quick in pointing out the differences between his service and Pandora’s. One of them is the depth of its catalogue: with 10 million songs, Senzari boasts “10 times more tracks than Pandora”. This is clearly a huge asset for Senzari – we all know how frustrating it is to fail to find an artist on these services. This is also an important element for a platform that hopes to please listeners all over the world, with different music tastes, including Brazilian and Hispanic music.

As you’ll notice, we’ve also mentioned Facebook when we described Senzari’s sign-up process, but it goes well beyond that. Indeed, Senzari has social in its DNA; its tagline is ‘Senzari = Radio + Friends’. By using the platform, you can easily see what your friends are listening to, chat with them and hopefully discover more music you like.

Besides its social layer, Senzari also hopes its UI is better than Pandora’s. Here’s what the site looks like:

Senzari’s ambitions go well beyond poaching Pandora’s users. If you need a proof of it, Senzari is already available in Brazil, where Pandora isn’t. According to Hajjar, Senzari actually has very few direct competitors in the country, where players such as Spotify aren’t present.

It doesn’t mean there aren’t any online music services in the country (see for instance our post about ‘Rdio Launching in Brazil‘). Yet, Senzari differs from subscription and freemium models, since its offer is entirely free and ad-supported. In fact, its most similar competitor available in Latin America could be Grooveshark, although Senzari’s CEO notes that both companies have very different profiles. Senzari licenses its titles directly from music labels and it is unlikely it will face any lawsuits from the music industry like Grooveshark does.

It doesn’t mean Senzari won’t have direct competitors in Brazil very soon – as we reported earlier today, Deezer is also expanding its service and will be available in Latin America early next year. The company knows it, but it hopes to be in a favorable position as an early entrant in this region, where the Internet is growing fast. 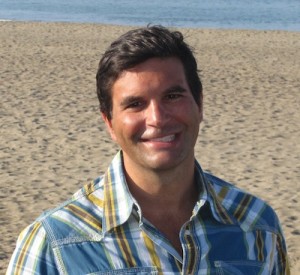 According to Bill Hajjar, the US and Brazil are only a first step in Senzari’s strategy, as the startup will expand to other countries very soon. Next in line is Spain, where the service will soft launch among influencers next week and open more widely in early 2012. Other parts of Europe and Latin America will also be covered soon, Hajjar said.

Senzari’s strategy in Spain is quite similar to the one it adopted in the US, where participants to the Latin Grammy Awards had gained access to a private beta version of the site. The fact that Spanish-speaking countries are on Senzari’s radar is no accident either: the company is headquartered in Miami, with additional staff in San Francisco, Sao Paulo, Madrid and Mexico City.

Another element which explains Senzari’s focus on Hispanic markets is its partnership with RED Viacom, which will handle its ad sales in the region. “Red” is Spanish for “network”, which means that Senzari will be “sold” to brands as part of Viacom’s portfolio, which already included music platforms such as VH1, but no digital radio yet. While the partnership is non-exclusive, Senzari is already in negotiation with other Viacom’s subsidiaries to partner with in other territories.

One of the most interesting things to note when talking to Senzari’s CEO is how often he uses the word “radio”. In his view, Senzari needs to position itself as the digital, improved equivalent of traditional radio – and hopefully seize a sizable portion of the huge radio advertising market.

This is not only about advertising: if Senzari wants to offer its users an alternative to traditional radio, it also has to be everywhere radio already is. While its HTML5 platform is only available on the Web at the moment, it means the startup is actively working on making the service available on multiple devices, from smartphones to tablets, connected TVs and wireless cars.

Hajjar also confirms the service will become more and more open over time, as Senzari will drop its invitation-only request and is studying the option to let you find people outside your social graph who share similar music tastes.

Have you used Senzari? Share your impressions in the comments.