It’s not at all surprising that the January 25th Revolution and Tahrir Square topped Google’s fastest rising searches for 2011 in Egypt. The 18-day protest, which ended with former Egyptian president, Hosny Mubarak stepping down, not only held Egypt captive, but was one of the most talked about topics all around the world on Twitter this year.

Google’s annual Zeitgeist, in which billions of search queries are analyzed, gives some great insight into what exactly people are looking for when they log onto the Google search page. The Zeitgeist lists aren’t necessarily about what terms or topics are most popular, but rather the ones which gained the the most interest in the past 12 months.

The annual release includes information about 3 major Middle Eastern markets – Egypt, the United Arab Emirates, and Saudi Arabia. While Egypt and the UAE showed a keen interest in local topics over anything else, Saudi Arabia’s interests were more regional than local. Egypt’s searches were dominated by the local protests, while in the UAE, searches for the Dubai-based classified website Dubizzle topped the list. In Saudi Arabia, interest was divided between local governmental sites and regional news sources, Al Jazeera and Al Arabiya.

“Everyday we get more than one billion searches on Google for information worldwide, and the UAE in particular is the third-fastest growing country in the MENA region in terms of search queries.” said Mohammad Mourad, Google Gulf Regional Manager.

In Saudi Arabia, the top fastest rising queries were a mix of entertainment and news, including YouTube, Facebook, Games, Twitter and Sponge Bob. News networks Al Arabiya and Al Jazeera also made it into the list. 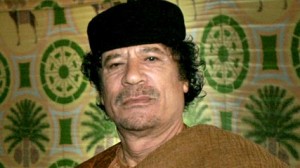 The list of rising personalities was topped by Ghadafi, joined by Yemeni president Ali Abdallah Saleh, as well as a mixture of TV, music, and religious personalities. The only person in the top 10 who isn’t from the region was, oddly enough, singer Justin Bieber.

Taking a look at the topics of interest to Google’s Egyptian users, the majority of the topics, personalities, and portals, all tie into the uprising that began on January 25th.

The number 3 and number 7 terms, Twitter and Facebook, themselves saw a sudden rise in user activity in Egypt following the social networking sites making it into mainstream media reporting, with the page We Are All Khaled Said used as one of many tools to rally protesters. 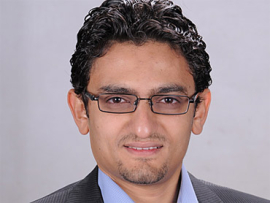 The fastest rising people on Google were topped by Mubarak, followed by Google executive Wael Ghonim, who is credited with founding the We Are All Khaled Said Facebook page, and who’s arrest by Egyptian authorities and subsequent release helped spur the movement.

Wael is followed by an assortment of poets, politicians, and protesters. A surprising entry is Ahmed El Shehata, the man who is said to have scaled the walls of the Israeli embassy in Cairo to take down the flag, earning him the name, Flagman. The last spot is taken by Gamal Mubarak, son of the former president, and heir apparent to the presidency before the uprising.

The top 10 Google News sources are dominated with local publications, with 7 of them coming directly out of Egypt, joined only by Facebook, Google and YouTube.

The top 10 sports queries were all football related, dominated mainly by Egyptian football news, joined by a few European footballers including Cristiano Rolando and Messi.  The top 10 entertainment searches all hailed from the Middle East, showing a mixture of music, television and reality tv shows from the region.