This article was published on November 7, 2014

Cameras that clip to your body, cameras you strap to your face, cameras for your own personal flying machines, cameras for just about every occasion. Cameras are everywhere, and it seems you can’t do anything without your actions being captured for posterity.

While some may argue that the ubiquity of digital cameras leads to an invasion of privacy, the advance of hi-tech portable snappers is leading to some fun, quirky and useful innovations. 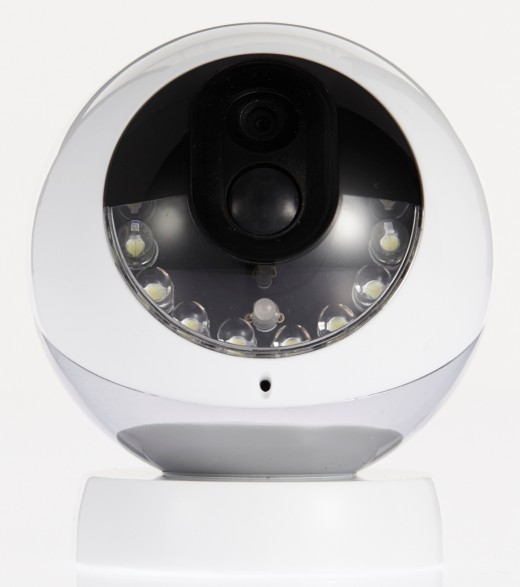 Homeboy is one such contraption: a wireless, long-life, motion-detecting home security camera that can be monitored and controlled via your smartphone. It’s a funky little bundle of CCTV joy for your humble abode.

We’ve spent the past month with the Homeboy, putting it through its paces to see what it does, what it doesn’t, and whether it’s worth the $149 asking price.

From Bluetooth-connected key-finders to me-too fitness-trackers, I’ve lost count of all the internet-enabled gadgets I’ve trialed over the past few years that promise great things, but ultimately fail to deliver at the most basic level.

The main reason is normally execution, or lack thereof. Often a good idea is spoiled due to minimal testing and a rush to get something to market.

In a connected world, things have to ‘connect’ and work flawlessly 99.99% of the time. Otherwise, they’re just too unreliable and frustrating to use. The main issue is normally getting a mobile app to play nice with the contraption in question, and there is often more than a few teething problems.

So it was against this cynical backdrop that I approached the Homeboy. But I’m pleased to say that everything worked pretty much flawlessly, bar an initial pre-launch hiccup that was fixed with a simple firmware update.

The Homeboy is a solid, shiny-white ball that’s easy on the eye – it actually resembles a cross between a ceramic eyeball and a motorcycle helmet, with a visor pulling down to conceal the camera lens.

The ball sports a microphone on the front for detecting noise, and a speaker on the back for emitting a siren. The device remains upright by sticking to a circular cradle with a magnet.

The underside of the cradle is sticky, meaning it can be adhered to pretty much any flat surface, including walls and ceilings. This is key – many similar systems require screws and other wall-ruining DIY.

Before you begin using the Homeboy, you will have to charge it using the micro USB port lodged in the back of the unit. But one of the main selling points of the Homeboy is the battery-life – fully charged, it should last around 3 months, give or take. The actual time you manage to garner from this puppy will depend on how much video you record with it, and whether the LED lights are on or not.

On its own, the Homeboy is just an expensive paper weight. You will need the accompanying Android or iOS app to get things going, through which you give the location of your camera a name, which is particularly helpful if you’re using multiple cameras.

The settings actually get pretty granular, as you can elect to record audio, have a light turn on when the camera detects motion, and more.

By default, the Homeboy records in 5-second clips. So, if it detects motion it will record for 5 seconds, and then record another 5 second clip directly after if the moving object is still present. You can increase this duration up to 30 seconds if you wish, but remember this will consume more battery.

Homeboy also has a very handy GPS feature, meaning you can automatically enable the camera whenever you vacate a designated area around the camera.

This is useful on a number of levels – you probably don’t wish to record when lots of people are wandering around your home (though you can if you want). This way, it will only switch on once you exceed a designated distance from your home – you choose ‘small’, ‘medium’, or ‘large’ depending on how far away from home you wish to traverse before the camera is triggered.

Whenever a movement is detected, you receive an alert on your phone, and you can watch the recorded clip there and then. Tap a video, and you can see exactly what’s been going on when you’ve been away.

On a few occasions, I left the house completely forgetting that the camera would be actioned as soon as I vacated the vicinity of my house. The upshot? Lots of alerts as my missus moved around the home – and lots of videos.

Yes, Homeboy is great for spying on family members, but the core purpose is of course to watch out for burglars and such like. While GPS integration is a key feature of the Homeboy, ensuring you’re only recording when not at home, it does help if you remember to manually disarm the camera (through the app) if you share a house with someone else. It’s not nice to spy on loved ones, right? RIGHT?

Another potentially useful feature is the live capture mode. You just long-press the camera in question through the app (in this case, I only have one camera set up), and you can see exactly what’s going on at any given moment.

That’s the basics of Homeboy in a nutshell, and will likely suffice for most people’s use-cases. However, it’s capable of a lot more.

Thanks to IFTTT integrations, there are a number of ‘smart home’ tie-ups that could prove useful – you can have all the lights in your house switch on or change color if the camera’s activated, though this requires Philips Hue lightbulbs. There’s also a IFTTT recipe that lets you upload all your videos to Dropbox automatically. 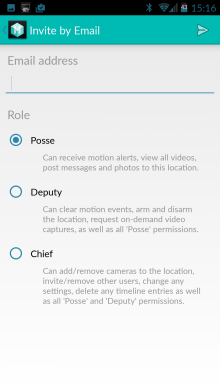 But all this is likely ‘fluff’ for many people. From a pure security perspective, the Homeboy has some interesting social features built in. You can set up a ‘posse’ of people who will receive notification alerts whenever a camera is activated. This means you could enlist neighbors or family to ‘watch’ your house while you’re away.

Other security features include a siren, which must be activated from within settings, that shrieks each time the camera is activated. If nothing else, it will scare the crap out of a would-be thief and force them to scarper.

You’ll be pleased to know that the videos aren’t stored locally – they’re saved directly to Homeboy servers across a number of Amazon Web Server (AWS) regions, and can be deleted easily from within the mobile app.

Overall, the Homeboy is a solid, well-built and reliable device. Having used it for the best part of a month, it never failed to activate/deactivate based on the rules set up by me, and the videos always played flawlessly.

It’s worth noting here that this doesn’t produce HD video or anything – to conserve battery and storage space, it’s been restricted to 640×480 resolution. This is fine for the purpose at hand.

The Homeboy is available and shipping to the US only for now, and will set you back $149.