Hoist, a New Zealand based startup that offers a set of tools to empower developers to build great apps, launched to all today following the end of a three-month closed-beta period.

The company aims to take the hassle out of the many mundane tasks that developers have to perform everyday, such as building complex login systems for a website or databases to handle data storage. Hoist offers a set of APIs and a platform that take care of these tasks so that developers can focus on building the application they’ve set out to build.

On top of this, the company makes it easy for developers to drag and drop their Web applications into Hoist for hosting on the Web as well as allowing them to quickly create identical copies of the application for use as development environments.

By separating out a live application from a development one, developers are free to test new features and try new ideas without worrying about breaking the real website. Once the developer is done testing a new feature in the development environment, Hoist makes it simple to push the code into production with nothing more than a button press. 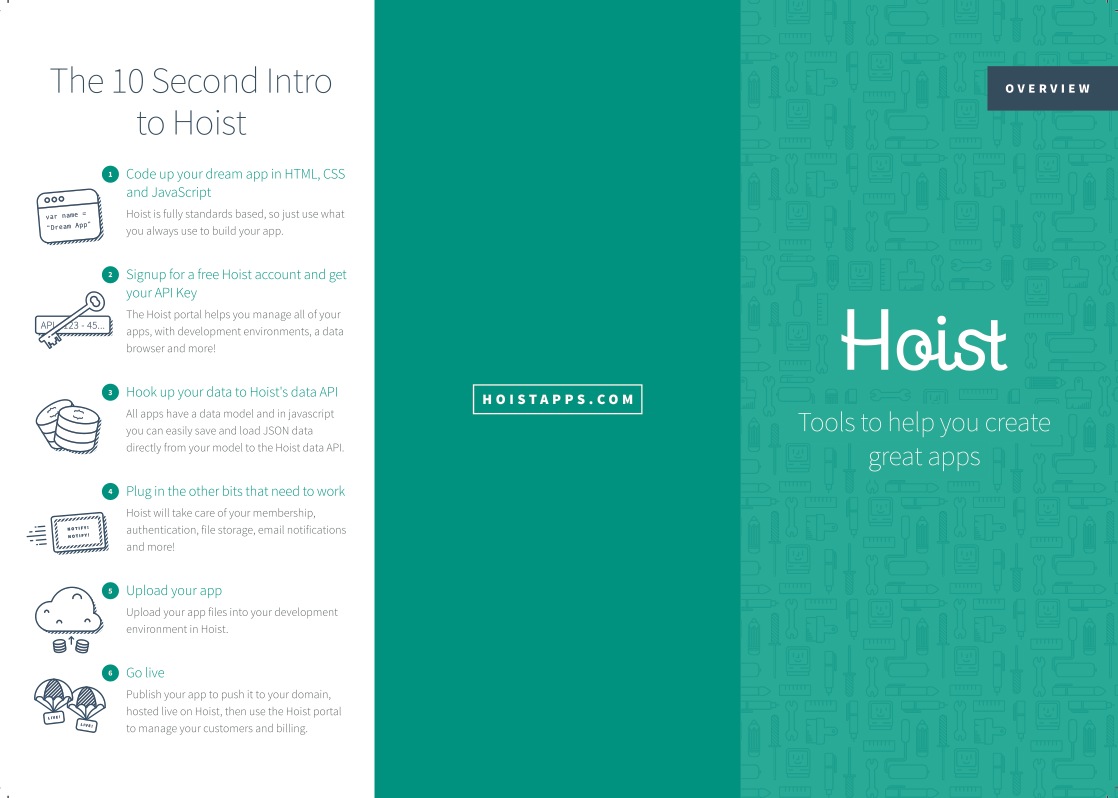 Butel said at the launch today that the team at Hoist is just getting started and aims to build a “robust, rock solid platform that developers can jump on and use intuitively and quickly” while there are plans “to help developers make money from their applications by [building] new distribution and billing models” in the future.

The company enters the Platform-as-a-Service space at a time when others in the market are just gaining traction; competitor Meteor recently received large investment to build out its platform. Meanwhile, Hoodie is a popular open source offering in the same field.

Hoist hopes to differentiate itself by building other features such as simple billing, analytics, events and search APIs in the future. It is also planning to make it easier for developers to distribute their applications in a marketplace and allowing them to monetize those sales.

If you’re interested in signing up for Hoist’s free open beta, it’s available now for all.

This article has been updated to clarify the difference between Meteor and Hoodie.