This article was originally published on .cult by Russell Snyder. .cult is a media platform for untold developer stories, where developers can read content around the softer side of development and watch documentaries about the tech they love. You can read this original piece here.

I’ll tell you what I want; what I really, really want: for you to read about which Spice Girls are the embodiment of your favorite Javascript frameworks. This is the content you didn’t know you needed.

Showing others in the group how to do it

Angular was named for its <angle bracket> syntax. The same way Posh wears her hair down and often rocks a snug-fitting dress, Angular’s powerful CLI allows developers to keep their apps lean and move fast by omitting boilerplate code.

With corporate backings, Posh had the power to penetrate the hearts of teens the same way Angular found a hold in the corporate world. Posh spice and Angular are both backed by big brands that start with ‘G’ – Gucci and Google. I’ll let you figure out which one is for which ;-)

Ginger and React like to be seen. Ginger’s red hair and React’s social media presence radiate for miles.

Loudest, most iconic in the group

Even though React wasn’t the first, it certainly has become the most iconic framework of modern Javascript. The same way Ginger is vocal about girl power, the React community is vocal about Javascript  issues pushing the language and web itself into bold new directions.

Confidence to venture away from group

Ginger Spice left the Spice Girls in ‘98 to pursue a solo career only to return to the group in 2007. Her strong confidence allowed her to venture off into new territories.

React started as a web framework, but has since branched out far and wide. Not only can React be found in a wide range of industries and of companies of different sizes, but it’s also in mobile development (React Native), desktop app development (Electron), 3D rendering (React-Three) and even VR development (React-360)!

Opposite of Posh Spice

Sporty spice is fiercely independent. She doesn’t need others and she doesn’t feel the need to teach the other Spice Girls.

The same can be said of Vue. Rejecting the opinionated styles of Angular, Vue’s creator set out to focus on allowing more interactivity and efficient workflow on a project-to-project basis rather than force a user to build an entire application for every tiny small website.

Vue, like Sporty spice, is not backed by a major brand. Started by one person, Vue is still only supported by a handful of open source contributors.

This is not by accident. If you aren’t backed by sponsors, you can change quickly and adapt to new situations without having to pause and ask for permission. The core team of Vue is able to implement fixes and changes quickly the same way Sporty can change her style in a moment’s notice

Can do larger dance moves

Sporty is the only Spice Girl not rocking a mini skirt; she’s wearing track pants and is ready for battle. She can, and does, jump across the stage in a single bound and do handstands without fear of something falling out.

The same can be said of the core Vue Team. It is by design that the team is small. If there is a bug or upgrade to Javascript core, the group is agile enough that changes can be implemented almost overnight.

Set up for collaboration

Sporty Spice was one of the few Spice Girls who went on to have a significant music career after the group broke up, performing with famous artists like Brian Adams. I think her ability to adapt and grow set her up for future collaborations while other Spice Girls were too rigid to fit into other groups.

The way the Laravel community adopted Vue demonstrates that the same is true of Vue. Vue can work well as the frontend for fullstack frameworks where other frameworks would be too rigid. I think many more web systems will choose Vue as their frontend in the future because of its un-opinionated and flexible style.

Still around but not in the limelight

Baby Spice was the cute, bunny blonde of the group. She was never taken seriously during the time of the Spice Girls and although she still records and appears on a TV show here or there, she never had a real hit since the band broke up.

Ember is in many ways the same. Being the child of the popular backend framework ‘Ruby on Rails’, Ember is often the first choice of Rails developers who have never worked with other frameworks. However, if you ask a developer who has never used Ruby on Rails what they think of Ember, it is most likely that they have never touched Ember before or they don’t consider it a ‘serious’ Javascript framework.

Baby Spice and Ember do not make waves in social media. For Ember, this means that the community avoids large controversies like Reactgate, but the low number of developer adoption also means that it can’t influence the overall Javascript community in a positive way like its larger competitors can.

Not set up for future collaboration

The same way Baby Spice and the Spice Girls were a dream group, Ruby on Rails and Ember are a powerful fullstack system. However, that’s really it for Ember in terms of backend systems that recommend using Ember.

Unlike React and Angular who have moved on to mobile systems and progressive web apps, Ember never really became anything outside of the Ruby on Rails community. Even though the Angular CLI was a fork of the Ember CLI (which led to funny situations), the way code is organized in Ember projects has always been hindered by its inability to grow too far beyond the Ruby on Rails setup.

Cuts to the truth

Scary Spice has grit and stands her ground! She doesn’t shy away from confrontation and lets you know what’s up!!

I hate Twitter, but I love reading the creator of Rich Harris’ Tweets (the creator of Svelte). Whenever React or another framework claims some benchmark, Rich regularly shows the world that Svelte does it better in a somewhat rude but highly entertaining way. He is loud and wants people to know that Svelte is faster than all the other frameworks, and always backs his statements up with non-bias benchmarks.

Scary Spice did not wear solid colors or wear a tight-fitting skirt like the other Spice Girls. Not because she was rejecting those things, but more because she had her own style, rocking a giant head of hair and brightly-colored animal print.

Svelte also has a non-conformist approach to building an application. It rejects virtual DOM (something React developers highly praise), competitively reduces boilerplate (even showing the character counts of an example in React and Vue), and uses weird characters (like $$) that although nobody really uses, although they do exist in JS.

You either love or you hate Scary Spice / Svelte; there isn’t really a middle. But that doesn’t bother either of them because they are doing their own thing and don’t really care what you think!

Most similar to Sporty Spice (Vue)

Both Sporty and Scary Spice are the most independent Spice Girls in terms of rejecting norms.

This is true of Vue and Svelte, who instead of building on other framework’s core concepts (MVC or Dependency Injection), they find their own solutions.

Unlike Ember, which is largely held back by its historical connection to Ruby on Rails, Svelte is untethered and free to move forward as fast as it can. Although Svelte 3 is very different from 2, it was a huge step forward enabling Svelte to be used as a static site generator and begin to be used for native mobile apps.

This is intended to be a silly and fun article for an average person to understand Javascript frameworks a bit better.

Whether you agree with the comparisons or not, you must admit, the graphics are pretty AWESOME. Special thanks to Char Lee for his interpretations. Need some designs? Contact him through his Instagram account or check out his portfolio. Special thanks to Olivia and Vero at Honeypot as well as my wife for their insights into the Spice World. 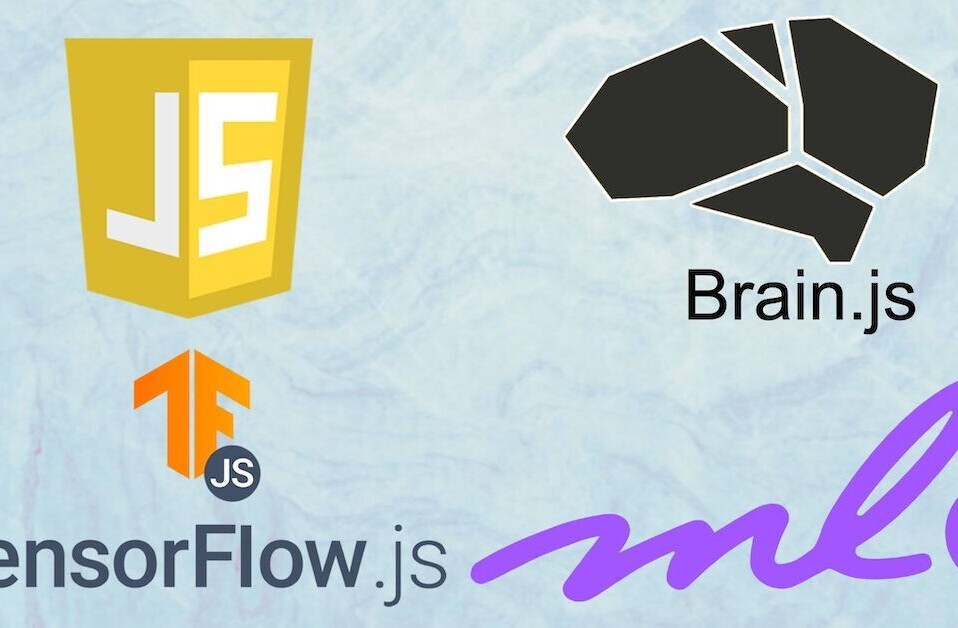 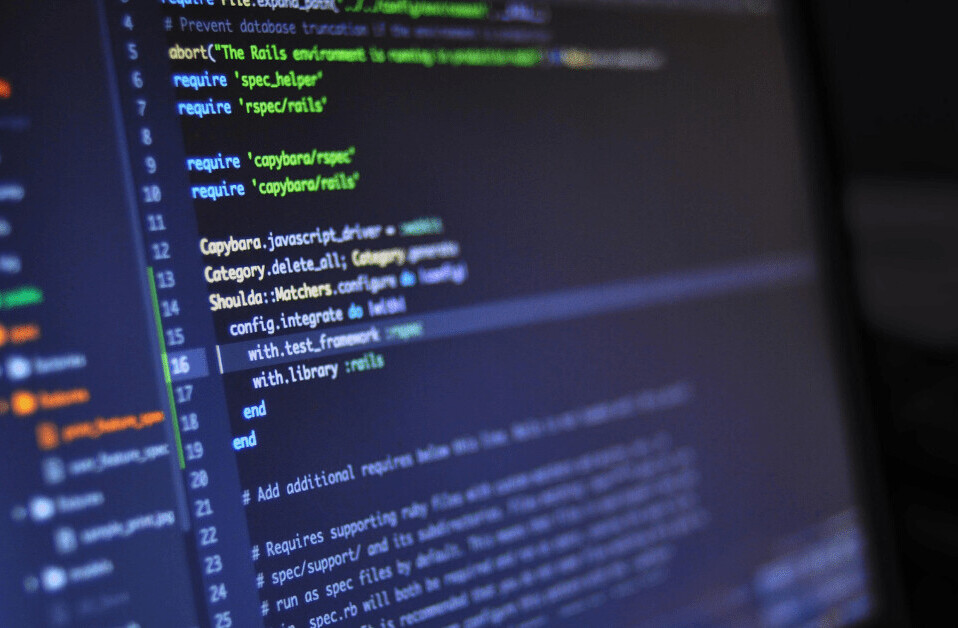