Over the past few months there have been lots of stories of what many of us would consider to be atrocities when it comes to the people in Apple’s supply chain. With the company sitting on nearly $100 billion in liquid assets, Apple has a prime opportunity to simply do what’s right, but only if it chooses action instead of denial.

For a bit of history, the Foxconn plant in Chengdu, China is one of the main places where Apple hardware is manufactured. The plant has been rife with stories of suicides and dangerous working conditions. Apple has stated that it monitors the process at every step and, most recently, CEO Tim Cook said “Any suggestion that we don’t care is patently false and offensive to us.” But there’s still a PR nightmare at hand.

For shareholders, $97.6 billion in liquid assets is a liability. Very few investors will ever tell you that they want a company sitting on that much money, because they’d prefer that it be doing something to earn more, rather than simply earning interest in bank accounts. So Apple is faced with eternal questions of what it will do with the cash, and now the “human cost” of Apple’s products. 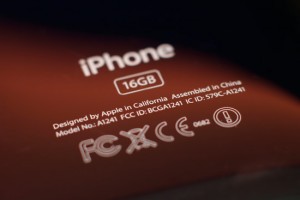 Yet the company is still one of the darlings of the United States. People take great pride in that “Designed by Apple in California” badge. If, however, the company truly wants to be a shining light in America’s technology leadership, there’s a single answer that can solve the PR issue while answering the money question too:

Start assembling in the US.

With only 5% of its liquidity, Apple could spark a complete resurgence to American manufacturing, at least in one major city. Let’s say, for instance, that the company chooses to build a manufacturing facility in Detroit, Michigan. Detroit has been plagued with poverty and one of the highest unemployment rates in the US as it reels in agony from the collapse of the American automotive manufacturing boom. It’s almost certain that Detroit would make it well worth Apple’s time and money to invest into a plant within its borders.

By the numbers, Foxconn has 70,000 workers living in dormitories. Detroit has a present unemployment rate of over 9%, leaving 92,000 people out of work. Clearly not all of the 70,000 Foxconn dormitory residents work exclusively on Apple products, and not all 92,000 of Detroit’s unemployed would come work for the company, but the numbers should still match up nicely if Apple were to move manufacturing to the city.

We also know that Foxconn recently set up a $1 billion plan to double the manufacturing capability of its plant. Let’s assume (because that’s all that we can do) that Apple would only need the full capability of a single plant — because mind you that Foxconn makes more than just Apple products out of its existing location — so setting aside $1 billion to build the facility should suffice.

If Apple then took the remaining $3.88 billion (5% of Apple’s current liquid $97.6 billion is $4.88 billion, less the $1 billion for building the plant) and focused on paying fair wages to Detroit workers, it could completely revitalize the city as it stands today. Assuming that Apple paid its workers an average of $20 per hour, 70,000 workers would cost the company $2.9 billion per year in salary. Factor in other costs of doing business and that remaining $3.88 billion would likely be gone in a year, but Apple is still turning profits, adding to the coffers.

Profit is the big question. Assumptions from supply lines put Apple’s profit at roughly 72% for each iPhone that the company sells. Using only this as an example, Apple would clearly have a chunk of its profit cut by paying exponentially higher wages, but it’s safe to assume that a profit would still remain. Though to the eyes of a country that is looking for reasons to love one of its own, Apple would be doing no wrong.

While I’m certain that these numbers are far from accurate for the real world, they’re a good starting point for a theory. At any rate, it’s a far better suggestion for the life of the company than “buy Hollywood“. Apple certainly doesn’t need to move its manufacturing stateside, but it could absolutely boost its image even higher by doing so. Apple would also be in complete control of yet another portion of the product life. Thus far, that control is something that has worked well for the company, so it would make sense that it could work here as well.

Mr. Cook, please take some time to further investigate what it would take for Apple to move its manufacturing to the United States. Detroit is just one example, but it’s a city that desperately needs innovation and capital that Apple could provide. But more than that, your customers need to know that they’re supporting a company that truly cares. No matter how many press releases or letters you send, they’re simply words and it’s far beyond time for action.