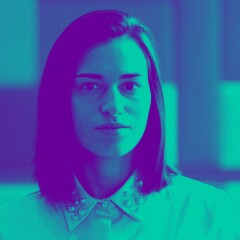 Having a same employer for years on end will soon become history — independent contractors could account for half of the workforce in the US in just a decade’s time. The current labor market looks more like a ‘one-night stand’ — workers increasingly value short-term work arrangements, flexible working hours, and unconventional work spaces.

The platform economy’s one-night stand marketplace pioneered by Uber, TaskRabbit, and Deliveroo, however, posed a setback for workers, who are no longer entitled to traditional employment benefits such as sick leave, insurance, and pension.

Uber is now stepping up to change the game — it’s urging for implementation of portable benefits — traditional employment benefits not tied to any single employer. Having your ‘employment’ benefits in the suitcase while you switch from a client to a client sounds like a good deal. Should we all slut-up or should we stick to the long-term relationship? In other words, can the the system of portable benefits compensate for the job insecurity?

It’s still unclear what the portable benefits model would entail and how it would be implemented, but two US states, Washington and Virginia, are lighting up the dark. Virginia’s Senator Mark Warner has proposed the first national legislation that would give platform workers benefits otherwise reserved for employees.

“The bill asks the federal government to set aside $20 million in funding for organizations to use to look at the types of benefits programs individual workers could take with them from job to job”, reported TechCrunch.

But since legislation can take time to pass, Uber has decided to take the matter into its own hands — it raised fees for the riders to provide injury insurance for drivers. Companies like Uber have to be cautious with offering such benefits in the past, as the government could classify them as employers. It thus comes as no surprise that Uber’s CEO Dara Khosrowshahi has recently signed an open letter urging the state of Washington to support a portable benefits model.

Critics, on the other hand, argue that portable benefits will not offer workers desired job security, and condemn Uber’s attempt as yet another way to avoid hiring workers. But we should not be too quick to judge.

Companies operating in the domain of the platform economy have to find a balance between the need to scale and the need to offer workers desired benefits. On the one hand, for a company like Uber, hiring workers is extremely limiting because they provide service on-demand and they thrive on the ability to mobilize the workforce whenever the demand asks for it. Furthermore, their network of riders and drivers benefits from every joining user, thus the more users they have, the quicker they can scale.

On the other hand, Uber and other similar companies cannot get away with capturing all the generated value for themselves while the workers are deprived of traditional employment benefits. At the end of the day, these companies need the workers in order to prosper so it’s in their interest to find a common ground.

No matter what we might feel about the business model of these companies, one thing is certain: the platform economy is here to stay and instead of fighting the technology, we might be able to use it for our own benefit. One possible solution is a peer-to-peer controlled system of portable benefits.

A combination of peer-to-peer fund and blockchain technology could provide a viable solution for implementation of portable benefits model.

Freelancers in the Netherlands, for example, have already found a way to fall back on each other when unforeseen circumstances arise — their initiative could provide an example for independent contractors to organize around the globe. Namely, “bread fund” is a Dutch collective that provides independent contractors with sick leave.

Members pay a one-time fee and contribute a certain monthly amount, which is then issued to members of the bread fund when they fall sick. This idea could be extended to all kinds of welfare — e.g. unemployment benefits, injury compensation.

In agreement with companies, negotiated by labor unions (Seattle has already passed legislation allowing independent contractors to form labor unions), independent contractors could charge platforms a certain percentage on top of their fees — a percentage that would go towards the benefits. Workers could then decide which bread fund they would like to join, depending on the program the fund offers.

Furthermore, the peer-to-peer portable benefits system could be empowered by blockchain, which can help workers make “smart” decisions about the benefit types appropriate for them. For instance, applications could register when an individual is driving for Uber or riding for Deliveroo, as well as his or her health data. Smart contracts could then automatically calculate the amount an individual should invest in sick pay, for instance, depending on his or her health condition.

The funds would be released when smart contracts are verified by all the servers on the network. Excess funds, which would otherwise stay with insurance conglomerates, could now remain within the community of workers, and be used to support members in case of unexpected circumstances such as premature retirement.

Furthermore, such a peer-to-peer controlled system would allow workers to engage in self-governance, control the usage of their personal data, and receive sick pay and other compensation proportional to the need (e.g. amount of hours they work).

Coordination of this peer-to-peer system might appear as a challenge, but if workers want to be their own “bosses” and earn fair wages while maintaining job security, they must take matters into their own hands. For the platforms, this can be a win-win situation because they won’t need to spend funds on costly administration to process requests related to sick pay, for instance.

The future one-night stand labor market might thus allow us to switch employers frequently, but it might also reinvent the opportunity for us to fall on each other’s back and thrive as a community. 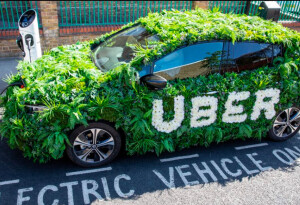