You’re in the Computer History Museum in Mountain View, and you’re about to see 75 companies give it their best for two whole minutes. This might not sound like everyone’s cup of tea, but let me tell you, it’s pretty awesome. I’ve worked at a few startups, and preparing for a presentation like this is nerve-racking. Basically, I appreciate the folks who got up on stage today to show us what they’ve poured their hearts and talents into for many months at Silicon Valley’s most popular startup incubator, Y Combinator.

Today, we saw great potential for consumers, small businesses and enterprise-grade customers. There was a little bit of everything: social, mobile, cloud and even some healthcare related companies. There was no order to the presentations, we were told, so there was no way to prepare for what we were about to see, other than the little “XXXX for XXXX” descriptions printed out and handed to us at the beginning of the day.

I tend to not pay attention to those things, as they sound like they were spit out of a site like Nonstartr, like this gem: “It’s like Zynga, but for barbarians.” One member of each team, usually the CEO, steps on stage and has two minutes and a few slides to get the attention of investors who are there with checkbooks and pens and journalists with laptops and power cords plugged in and ready to write.

Since we can’t begin to tell you about each and every company we saw, we can tell you about the ten that stood out to us for a variety of reasons. We’re “The Next Web”, so we want to share the best of the best that could make a huge dent in the universe with you.

Without further ado, here are our ten favorite companies, that we are able to talk about, from today’s Y Combinator Demo Day, in no particular order.

You might have heard about “Bitcoin”, which is a peer-to-peer digital currency that is picking up steam on the Internet. I’m not geeky enough to understand what it’s all about, other than the fact that I keep hearing things from people I know and trust, telling me that I should pay attention.

What Coinbase is doing is simplifying the alternative currency process for you, calling itself the “PayPal of Bitcoin.” Yes, I don’t like the XXXX of XXXX cadence either, but this one actually fits pretty well. Since Bitcoin isn’t owned or run by any single company, Coinbase can sneak in to help make transactions easier.

The company has already processed $65,000 worth of Bitcoin, and if the currency ever takes off, it has to be easy for consumers to understand. I’m trusting Coinbase with this giant task.

“Enjoyable” or “fun” might not be phrases you’d use to describe spreadsheets. However, this tablet app called Grid might change all of that. The demo was fantastic and showed off some really unique functionality like allowing you to invite friends from Facebook to collaborate on your spreadsheet.

You can also include multimedia and maps of locations which would allow you to say, plan a trip somewhere with friends or family. Spreadsheets are nearly unusable on touch devices, and Grid has done a fantastic job from what I can tell. This company and product is one to keep an eye on.

This company is my personal favorite, as I think that the platform it built is something I would really use. Here’s the deal: booking excursions and things to do when you travel can be a pain in the butt, Vayable democratizes the entire process and industry.

Basically, the service allows people to offer up tours, lessons and other things that you’d normally want to do when you visit a new place. It’s a marketplace, so you can surf through and find your favorite. Vayable lets you book it, without ever having to deal with a travel agency or excursion company. This is sweet, and a great way to do really unique things when you travel.

There are similarities to Airbnb here, and the company says that it’s seeing similar growth and revenue. Currently there are 3,000 guides in 300 cities, and Vayable allows anyone to be a small business owner and tour runner. This is genius, plain and simple.

Have you ever found a video of someone playing an Xbox game on YouTube? Sometimes I actually look for them, especially if its a demo of a special move or game that’s not out yet. Kamcord lets you take videos of your iOS gaming and then share them as moments on sites like Facebook and Twitter.

Not only is this fun for gamers and their friends, but it’s a brilliant form of advertising for the developers that made the game. Each video view is monetized and developers can pop Kamcord into their app with a simple line of code. Yep, this company just invented a new “ad unit”, brilliant.

Companies who need to collect fees for submitting an application for something need a platform to do so. Submittable could be that platform. The company already has Virgin America, Playboy and Harvard University as clients. How’s that for impressive?

This service could be used for manuscript submissions to editors, blog posts to online publishers or resumes for jobs. If someone needs to collect an application fee, Submittable provides the platform and takes a cut for each transaction. The company has already processed $1.5M in payments and sees 1,500 submissions made daily.

This might not be sexy, but it’s a huge opportunity. 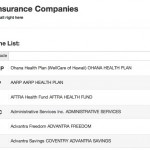 In case you aren’t aware, before a doctor can perform a procedure, it has to be run through your insurance company to make sure it’s covered. This is done via telephone and is slow and annoying for doctor’s offices and insurance companies.

Eligible is an API that can be baked into services used by both sides to make this process easier. In fact, it’s not only simple, it’s instant. Imagine if all of that extra phone-call time could be cut out completely, everyone would save money and patients would have answers and action faster.

This company is on to something here, and it’s in line with all of the laws around healthcare, which means that it’s extremely viable, and not just a great idea. There are currently 1,000 transactions processed per day by Eligible, and it charges developers and insurance companies, who are both more than willing to pay. Awesome.

Even if you’re not a designer, Web or mobile, you can surely understand that there’s quite a process in place to get things done. This process is often disjointed and causes a lot of extra work for everyone involved.

Easel is a platform and tool for Web design that lets sketches, photoshop designs and code all live in the same place. By cutting out extra unnecessary cycles, work can be enjoyable and fast. This is most certainly worth a look for any company on the Web. 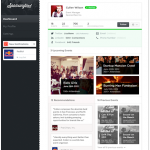 Companies like to sponsor events, even ones like Y Combinator Demo Day. Finding the right events, or even available ones, is a lengthy process that includes event planners and marketing folks.

Sponsorfied is a marketplace that unites companies with events that simplifies the entire process. Forget how big the potential market is for this, it’s just a really great idea and something that needs to be available for both sides.

The company says that 200 deals have been booked for $400,000 worth of sponsorships and it’s just getting started. Sponsorfied gets a cut of each deal and there you have it, a great idea and service.

Want to travel and aren’t locked into where you want to go? You can save up to 40% off of your airfare if you are open to someone making the final decision for you. That someone would be GetGoing.

This type of traveler is called a “leisure customer”, so basically it isn’t someone that has to be in an exact place. With GetGoing, you pick two destinations and your exact dates and let the site do the rest. It picks the best possible deal for you and bam, you’re going on a great trip.

The company is working on signing deals with all of the top airlines (said the founder on stage), so you won’t be stuck on a crappy one in the luggage compartment. I would use this. 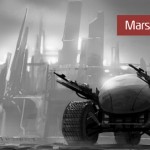 There’s a reason why all of the best games are on consoles or mobile devices, those platforms lend themselves to a great experience. Back in the day, flash games were all the rage, but they had major limitations.

SpinPunch is a company that is using HTML5 technology to turn the Web browser into a console. As a gamer, you don’t have to install any special software and it’s pretty seamless. The company says that big game studios are talking to them about licensing their software, and that means that you might be able to play Madden in the browser one day. Yes please.

Its own test game has 140,000 monthly users and just launched in January. This is pretty awesome stuff and could make the desktop a real killer game platform.

So there you have it. Ten really great teams and companies who have their focus on changing the world and building something great. Tripl still won the “best marketing” award of the day, though.

Give them all a look and let us know what you think in the comments!