History is littered with wide scale aversion to new, disruptive technologies. And as renowned cognitive science academic Donald Norman notes above, it’s not just Joe and Jane Bloggs who fail to see the latent potential of new products – captains of industry are also prone to ‘missing the point’.

But what really interests me is the general attitude across society whenever new communication technologies are introduced to market. It never ceases to amaze me how dismissive folk are whenever something different comes along; something that offers a new way for people to interact with other people and the world around them.

I joined Facebook in 2007 – I was hardly an early adopter, but I wasn’t late to the table either – and I distinctly remember the attitude of many people at the time.

The argument against signing up to social networks was usually something like this:
“Why would you want to sit on the Internet and chat with friends when you should be out meeting and socializing with real friends? Geek!”

If each of these critics were genuinely out with their friends all the time, returning home only to sleep, then they’d maybe have a leg to stand on with their jibes. But everyone has time away from the outside world to have a little ‘me’ time. 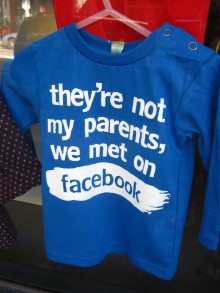 More importantly, the irony of said individuals electing instead to sit at home staring at some mindless, unidirectional drivel on TV was completely lost on them. Why was it okay, and non-geeky, to be addicted to TV shows like Friends or Hollyoaks, but not quite-so-okay to spend half-an-hour or so perusing friends’ holiday snaps on Facebook?

Alas, their attitudes have evolved and they’re all on Facebook now. Oh, and they all use it a hell of a lot more than I do.

There are still a few stragglers out there, stubbornly fighting the social media onslaught, purely on principle from what I can tell. One of my friends said he saw a video I posted to Facebook recently, but before I could come close to uttering “I knew you’d give in and join”, he informed me that he was accessing Facebook on his mobile using his wife’s log-in details. That’s crazy.

Don’t get me wrong though. There are many, many good reasons for not wanting to communicate with your friends in this way (e.g. privacy concerns), but all this got me thinking about why there is such aversion to new communication technologies that come along.

From the industrial revolution, through to the humble telegraph and on to the connected, Facebook-addicted society we live in now, attitudes have always been the same to disruptive technology in any industry.

Each generation has new technologies, and each one is equally skeptical about them. The same trend happens within music – whenever anyone my age says “All music today sounds the same”, or “There are no decent bands around any more”, I have to remind them that their parents said the same thing, and so did their parents…and so on. If your finger isn’t on the pulse, you lose touch with how to actually find new, exciting music.

Age may naturally make us more cynical and less receptive to new ideas, but with so many changes happening in the digital space I think it’s important that everyone embraces everything that comes along, if you can see a purpose for it.

Of course, there’s no point signing up for Facebook if it genuinely doesn’t float your boat, but if you want to be kept in the loop regarding birthday invitations and the photos from the wedding you went to, get yourself an account now. And if you’re worried about Facebook having data about you, you can give it the bare minimum information and refuse ever to click on a single ‘Like’ or ‘Share’ button in the social sphere.

Back in March we brought you news on a neat little fridge magnet that lets you order pizza directly from the door on your refrigerator.

Is it gimmicky? Sure. Are millions of folk using this yet? I doubt it. But the attitudes around this story astounded me, both from tweets I was sent and also comments on the post itself. One person wrote: “As if picking up a phone is so hard to do. Have we, as society, become so lazy, that there’s a need for this?”

But I think this misses the point of such technology. We’re still tentatively feeling our way around what a connected society really means, and as such quirky ideas like this pop up from time to time, either as marketing stunts or simply to show what technology is capable of.

Moreover, I really don’t see why hitting a fridge magnet to order a pizza is ‘lazy’. If that’s the case, surely ‘picking up a phone’ is lazy, when juxtaposed against the old way of doing things – getting up off your arse and walking to the shops. Or if we look even further back, get yourself a plot of land, grow your own ingredients and make your own damn pizza. In my rebuttal at the time, I wrote: “When phones enabled delivery services, people said ‘are people so lazy they can’t drive to the shop’. With the Internet and connected devices, people look back to the previous technological innovation as ‘the norm’.

My response was a little tongue-in-cheek, and took me about 10 seconds to write, but I couldn’t put it more succinctly today with more time on my hand to consider my response.

Let’s consider in-car satellite navigation systems too. That’s another technology that really inspired the inner Luddite in people when it first became popular about a decade ago. “I don’t like relying on technology to find my way around, I’d rather use a map and find my own way from A to B,” would be a typical put-down I’d hear.

Here’s what I say. If you’re driving a 1,300kg machine, replete with power-steering, windscreen washers, a built-in mp3 player and God-knows what else, how can you have an issue with SatNav?

Humans aren’t pigeons – we don’t instinctively know our way around. If you use an A to Z, why is that better than having a computer relay the information to you as you drive?

I bet none of Christopher Columbus’s compatriots mocked him for using a compass to find his way to the promised land. Or maybe they did – “Are you too lazy to use the sun and stars to find your way?”, was perhaps what Columbus was subjected to throughout his mission to the Americas.

Another example I’ve considered from the communications realm is touchscreen mobile phones. I was initially reluctant to buy a smartphone because I much preferred buttons – and I didn’t want a BlackBerry. Yes, there were other smartphone options that had buttons, but the options were limited.

However, it soon became clear that there was no getting away from the fact that at some point in the not-too-distant future, everything will be touchscreen. So I embraced it, and now I actually find using physical buttons on phones a little odd.

There are still many, many people who refuse to allow touchscreen technology into their lives, simply because they don’t want disruption. One day, they won’t have a choice.

If you think back… way back… to when mobile phones first started seeping into the public realm. I’m talking mid-to-late 1980s here. They generally attracted derision from people, with insults such as ‘yuppie‘ issued with careless abandon.

But mobile phones clearly offered something awesome and truly disruptive, so why the negativity? My guess is that they were typically owned by very well-off people and weren’t available to mere mortals with normal everyday jobs. But a decade on from that, and it’s likely you’d be the subject of scorn for not having a mobile phone. 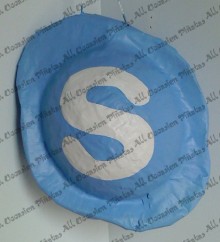 There are exceptions to all this, of course. Take Skype – I recall nothing but warm praise for the VoIP service when it launched a decade or so ago. Skype proved seriously disruptive to the traditional way of doing things, but why did this buck the typical trend of new technologies taking a while to be accepted?

The key with Skype, I’d say, was that unlike the leap from a horse to a car, it bridged a much shorter technological divide. People were already using the Internet for just about everything, and the concept of talking to people in remote locations was more than a century old. So to marry the two in such a way with Skype made perfect sense, especially when you give everyone (not a select elite) access to free calls, 24/7.

So this at least partially explains why some communication technologies are ushered in the front door with open arms, whilst others are snuck in the back door until the public deem it worthy enough. It’s more to do with familiarity rather than the extent of the disruption the technology has on its respective industry.

The upshot of all this is that people like what they are used to. They like familiarity. But people also like cool new things that make their lives better, it’s just that it isn’t always obvious how something improves their life. Why have touch screens on mobile phones when buttons were just fine? Is it just because we can?

Well, no. It helps keep powerful pocket devices small and portable by maximizing the real estate of a handset. But this isn’t always immediately obvious.

“When a new product or a change in the structure of acquiring that product is radically altered, the receptivity of customers to the new way becomes less than enthusiastic”, writes Joseph A. DiVanna, in his 2003 book Thinking Beyond Technologies. “If a product has an intrinsic value beyond the price of the item, customers are inclined to stay with the product, using the traditional structure.”

So…it’s hardwired into us. It seems that humans just don’t like change.

But – and this is a big ‘but’ – the pace at which current digital technologies is moving should mean that people are automatically more receptive to new developments, simply because they have less time to become accustomed to the old way of doing things.

This time next year, I bet we’ll all be ordering pizzas directly from our refrigerator door. Well, maybe.