Spare a thought for the gamers who didn’t have ready access to strategy guides or the internet back in the day, and had to come up with their own ways of remembering crucial in-game information. Feeling nostalgic? One Twitter user showed off her dad’s notes, which hark back to those early days.

Graphic designer @ishikoro18 posted pictures over the weekend of the notes her father kept for games such as Silent Hill 2, Kingdom Hearts, and Final Fantasy X-2. And holy crap — Prima Games, eat your heart out:

I’m curious to know how many other people did this for their games, or still do it for that matter. It’s a bit of a lost art — nowadays you can just access any pictographs, maps, or answers you need on the internet. But not too long ago, that wasn’t an option, or at least the options were a bit on the primitive side. Also, depending on the game in question, it may have taken days before any walkthroughs or puzzle solutions hit the internet.

On that note, I’ll show you mine if you show me yours. These are the notes my mother made when she was playing an adventure game called Nancy Drew: Secret of the Scarlet Hand. If you’ve ever played it, you’ll know notes are practically a necessity even nowadays. Most of the in-game puzzles require you to memorize reams of knowledge about Mayan culture, and by Itzamna, the game does not hold your hand. 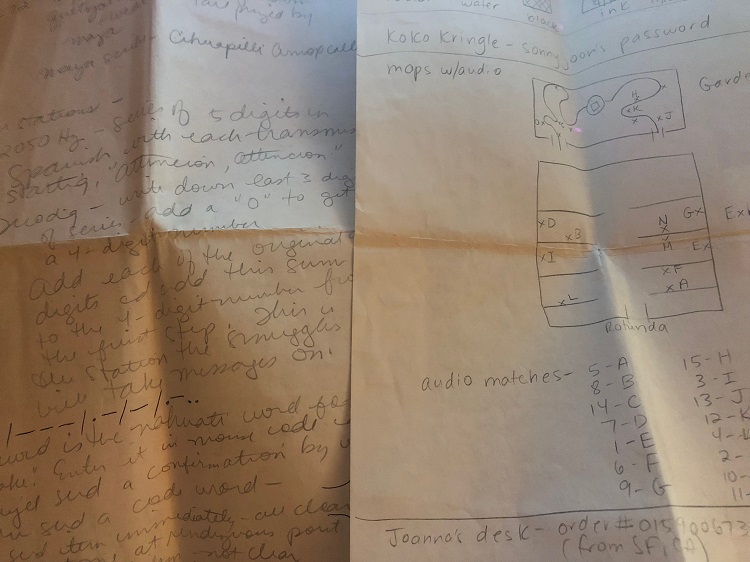 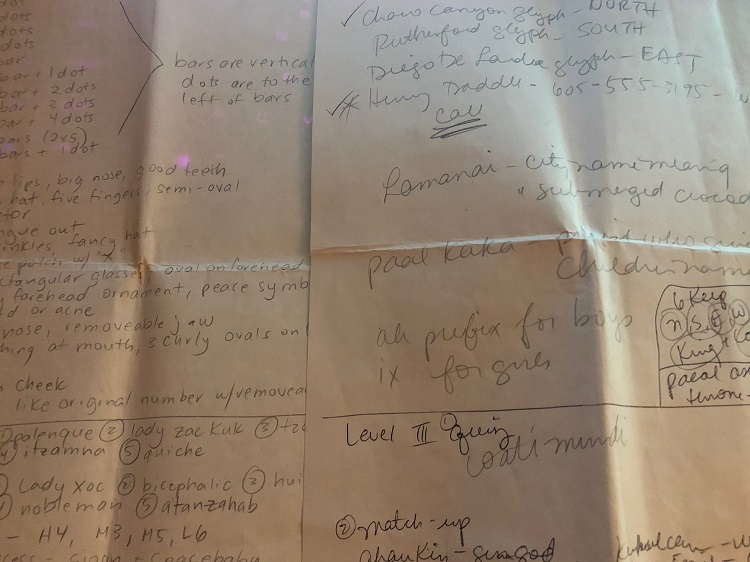 She did this for other games we played, especially in the Nancy Drew series, but that was the game that required the most extensive notes.

I will admit I do keep a pad next to me to this day, so I can keep track of my choices whenever I play something like Detroit: Become Human. The last time I needed to keep full-bodied notes was when I was trying to get the Platinum Trophy in Okami — which I did, thankfully. There are a lot of games nowadays that don’t require it, mostly because whatever meager things you need to remember can fit in your brain.

It’s sweet to remember a time where people paid attention to every clue and note given to them in game, writing them all down because you might not get a chance to see them again.