Today at Google I/O we spent some time at the Project Tango booth; if you’re not familiar with Tango, it’s a new technology Google is working on that will allow phones/tablets to give “human-scale” sense of space and motion.

Project Tango was born out of ATAP over a year ago with the very first consumer-focused prototype unveiled being an odd-looking phone that featured three cameras.

Unfortunately, we discovered today that Google’s discontinued the Tango phone, but is back this year with it’s new Project Tango tablet instead that’s even more refined and has some impressive real-world applications.

There’s a series of demos Google is using to focus on the tablet, starting with many that were shown on stage this morning. One of the most impressive is called SketchUp Scan, which may ring a bell, since SketchUp was acquired from Google by Trimble.

SketchUp Scan allows you to point Tango at the walls or corners in a room and will automatically calculate the size/floorspace of the area and spit out a 3D model of the room.

It’s an impressive demo, but it’s also got some huge real-world applications; builders, designers and architects could quickly use it to map a space for 3D modelling, for example. In the same vein, another application, ‘Through the Wall’ by Trimble gives you x-ray vision to see through the walls to see the structure of a building as well as other infrastructure such as wires, lift systems and pipes.

It’s not magic, but instead, the Tango is used in tandem with the architectural plans output by many common CAD applications and maps them accurately in the real world. Some of Google’s official apps do similar things, with one that models a space in 3D, in real-time on screen as you point the device around the place. It’s only good for four meters in front of you, but it’s impressive to see it build up a view of the world in real time.

Other companies have been extending the platform already in unique ways. Durovis, a German based virtual-reality startup, has built a number of headsets with a mount for Project Tango (or even other regular device) to use like an Oculus Rift. The headsets look completely goofy, but when you put them on the story totally changes.

The demos we tried showed a roller coaster on a traditional phone, but with the ability to look around in real time. It’s spooky, but impressive having an Android phone and nothing more strapped 4 inches from your face giving you an impressive virtual reality experience (shockingly similar to that from Google Cardboard).

The other device straps a Project Tango tablet on your head and analyze the environment around you in real time and presents it as is albeit flooded with water. It’s incredibly spooky and a little disorienting but the effect is quite immersive; you’re able to move around in the environment, duck under the water by kneeling down, look behind you and explore the space in a unique way.

These demos might seem like gimmicks, but mark an interesting new way that devices can allow their users to interact with a real space rather than an invented one. Project Tango could allow you to analyze your house and then let your kids play hide-and-seek with cartoon characters via the tablet, in your actual space while moving around.

Project Tango is still a prototype and you won’t see it in any stores anytime soon, but Google did announce today that it’s working closely with LG to bring a consumer device to the market in 2015. Perhaps by next year, we’ll be interacting with the real world a lot more using our devices. 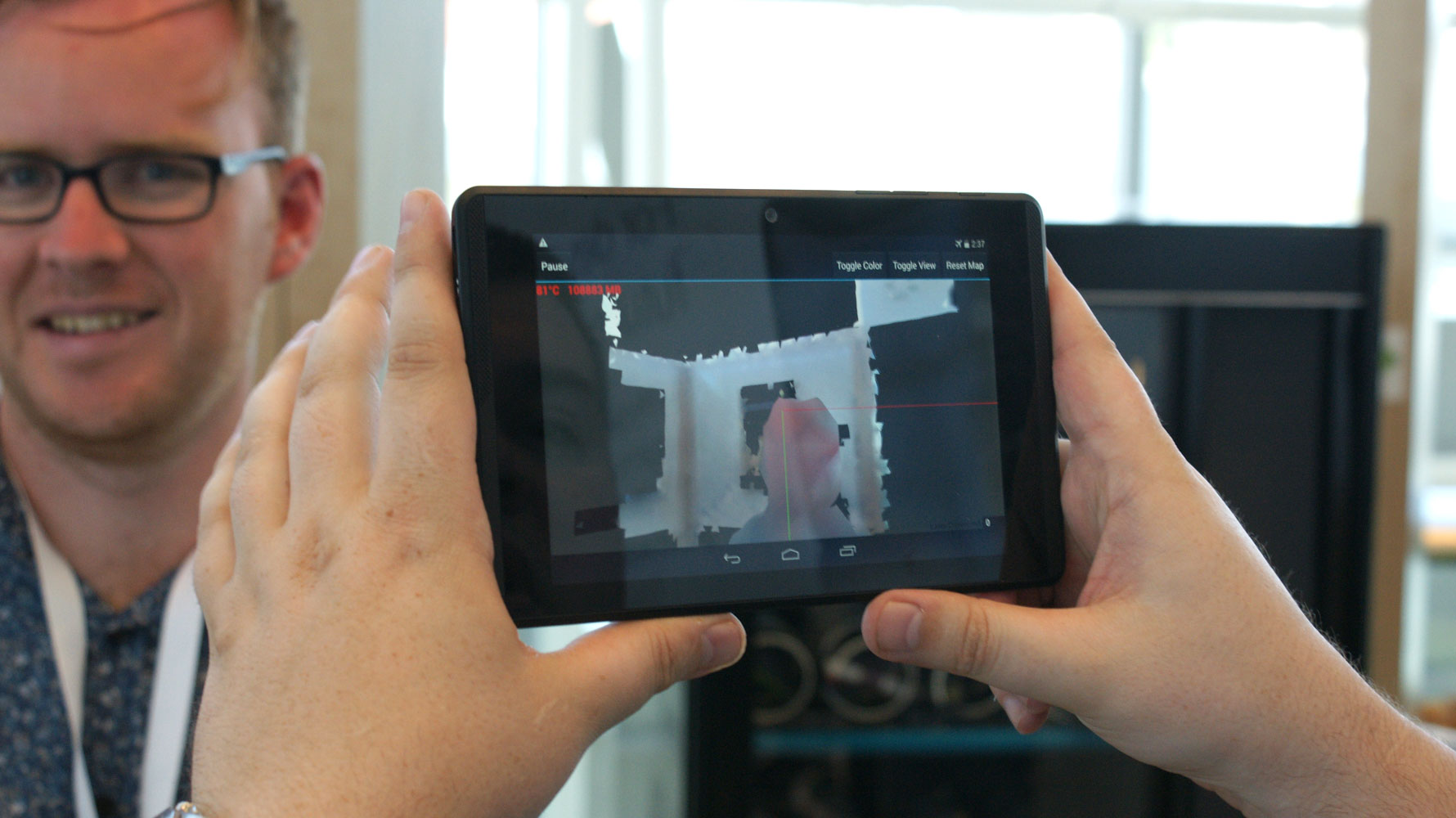 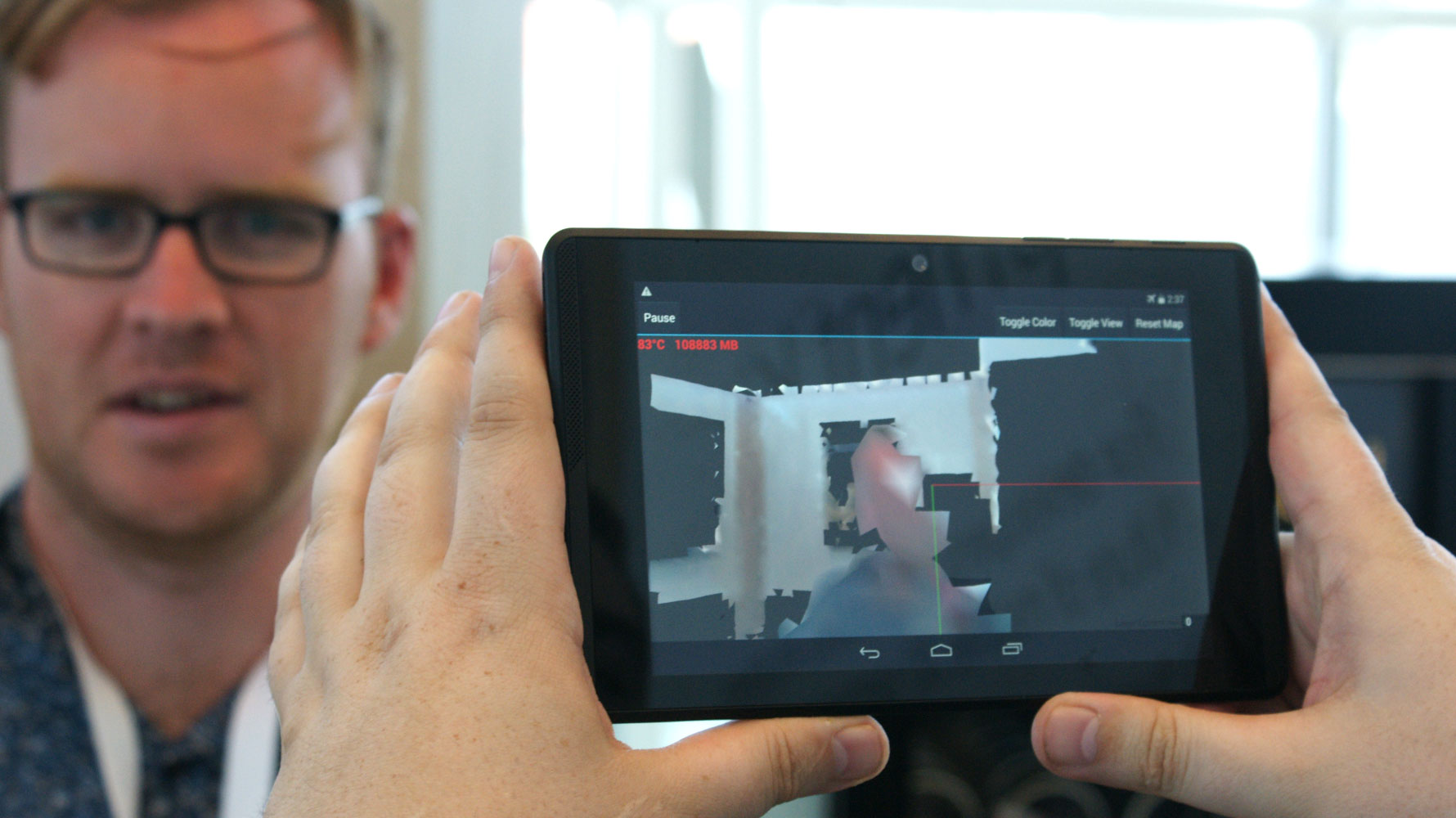 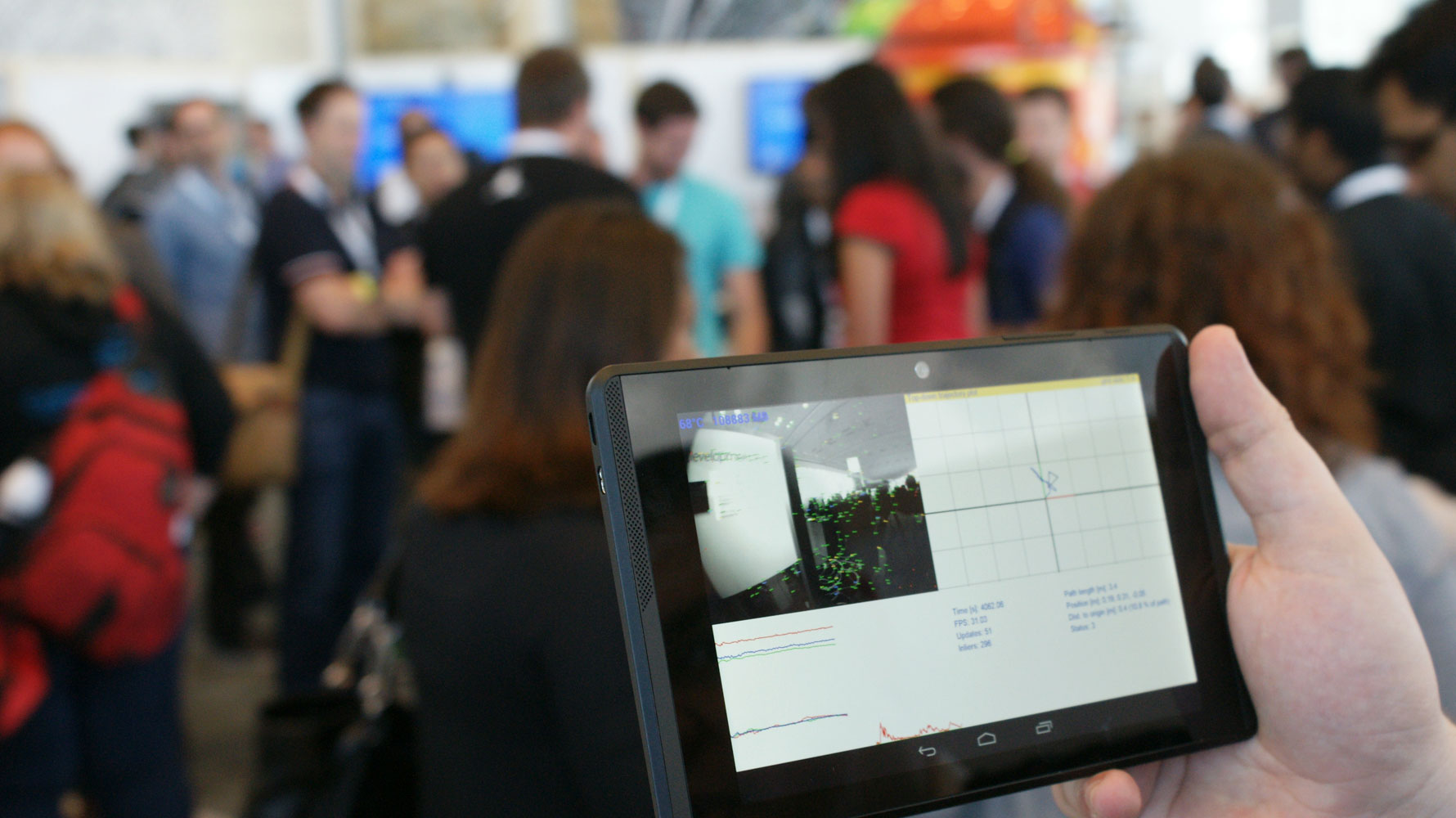 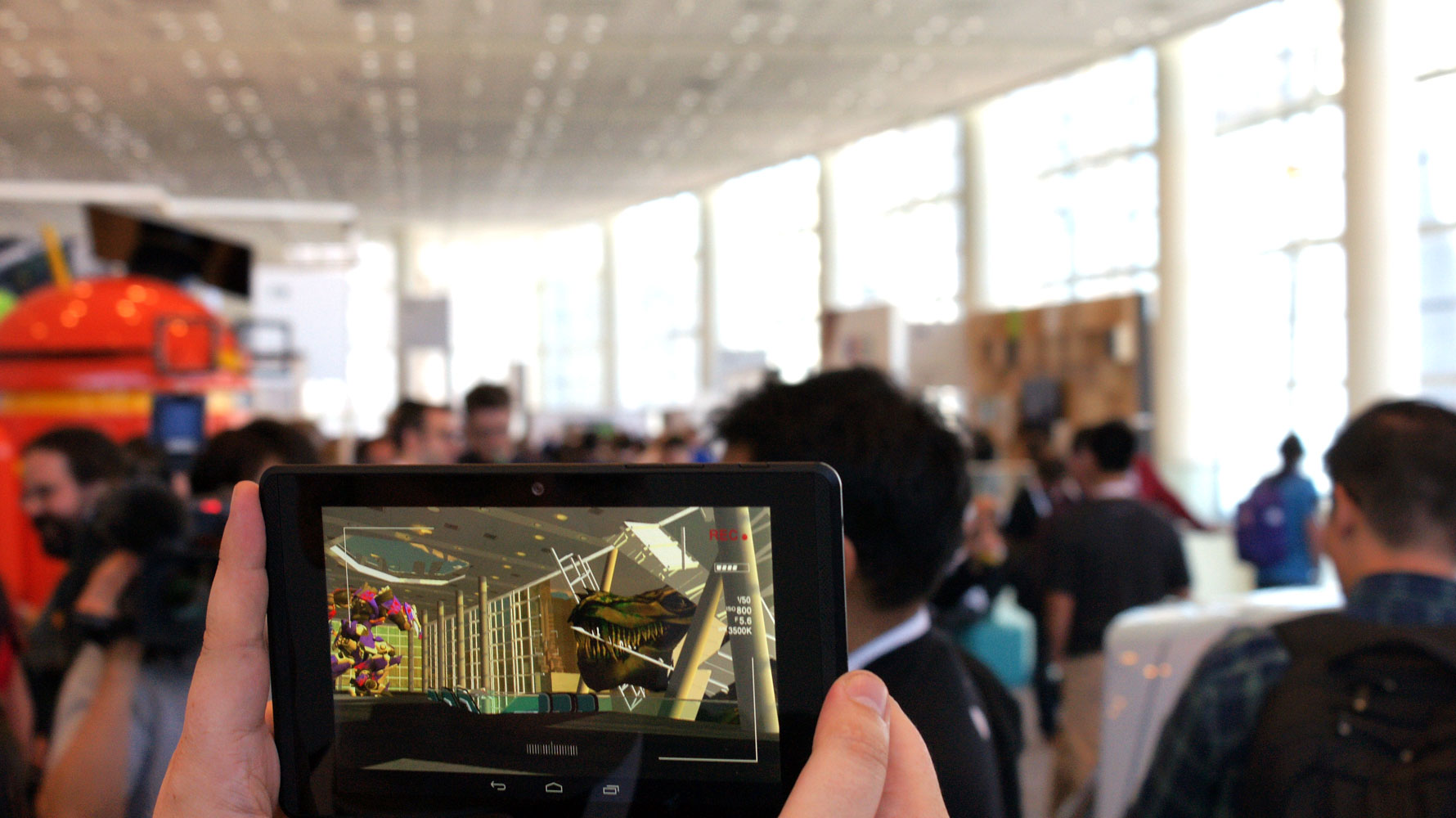 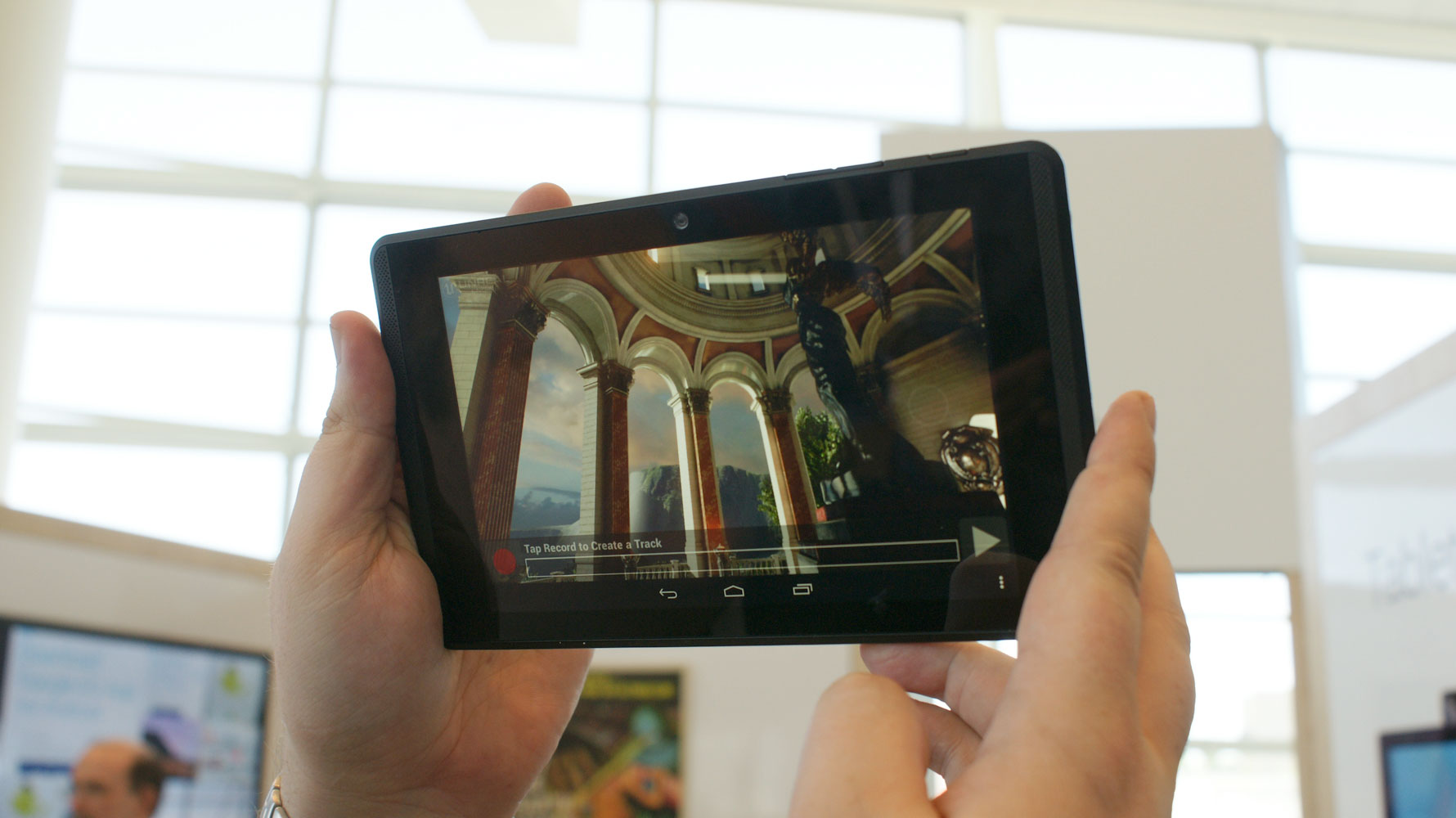 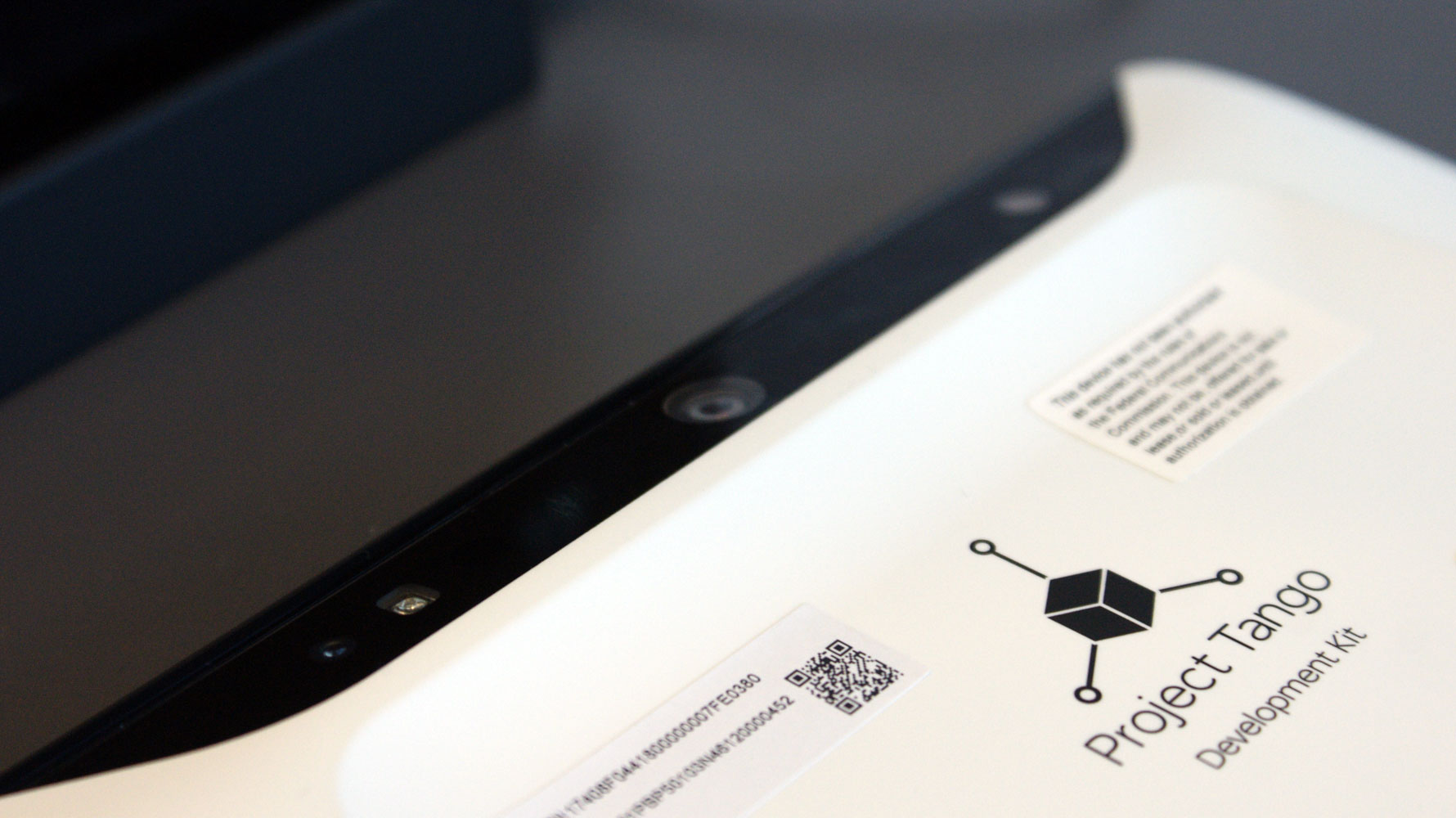 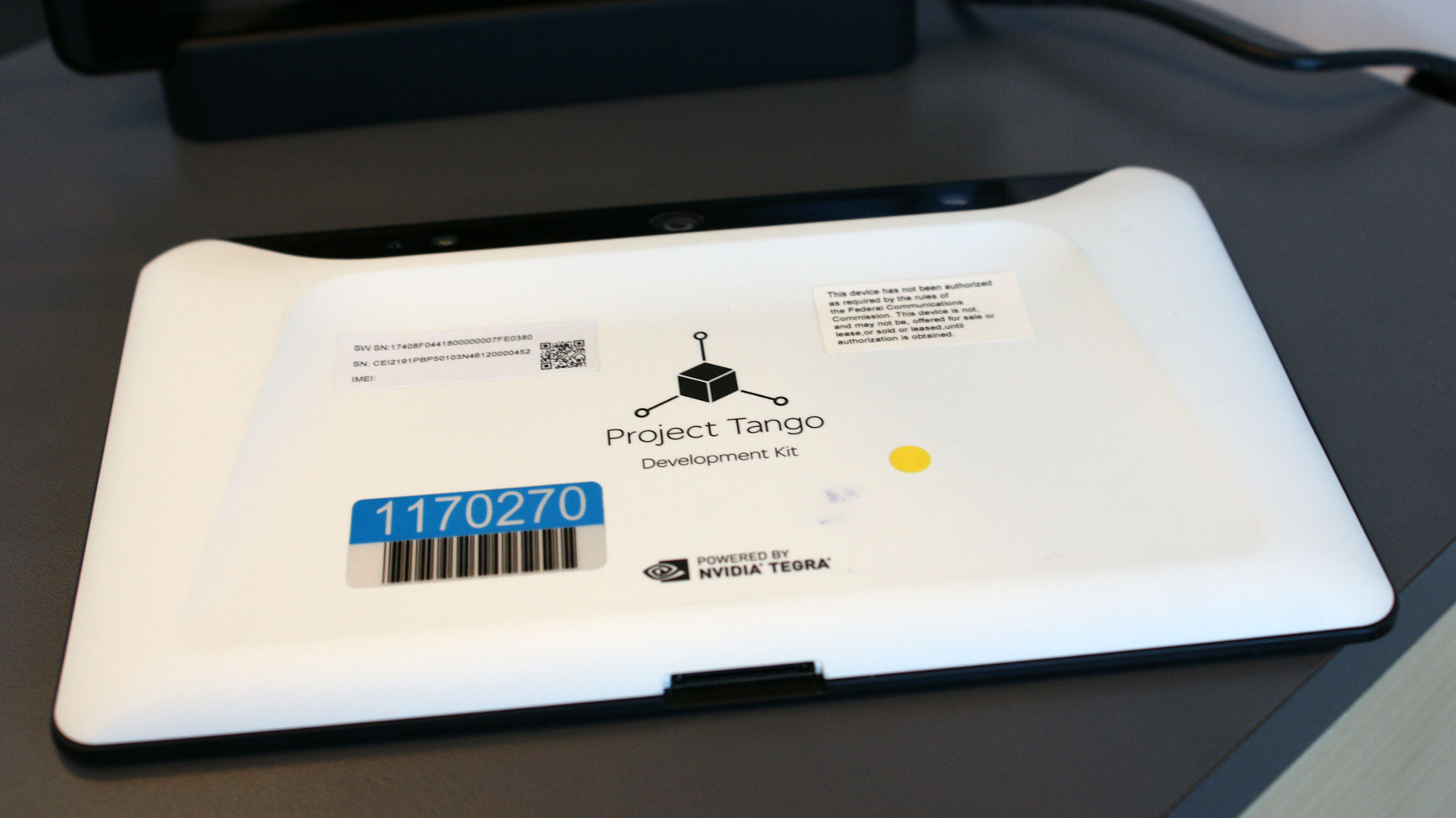 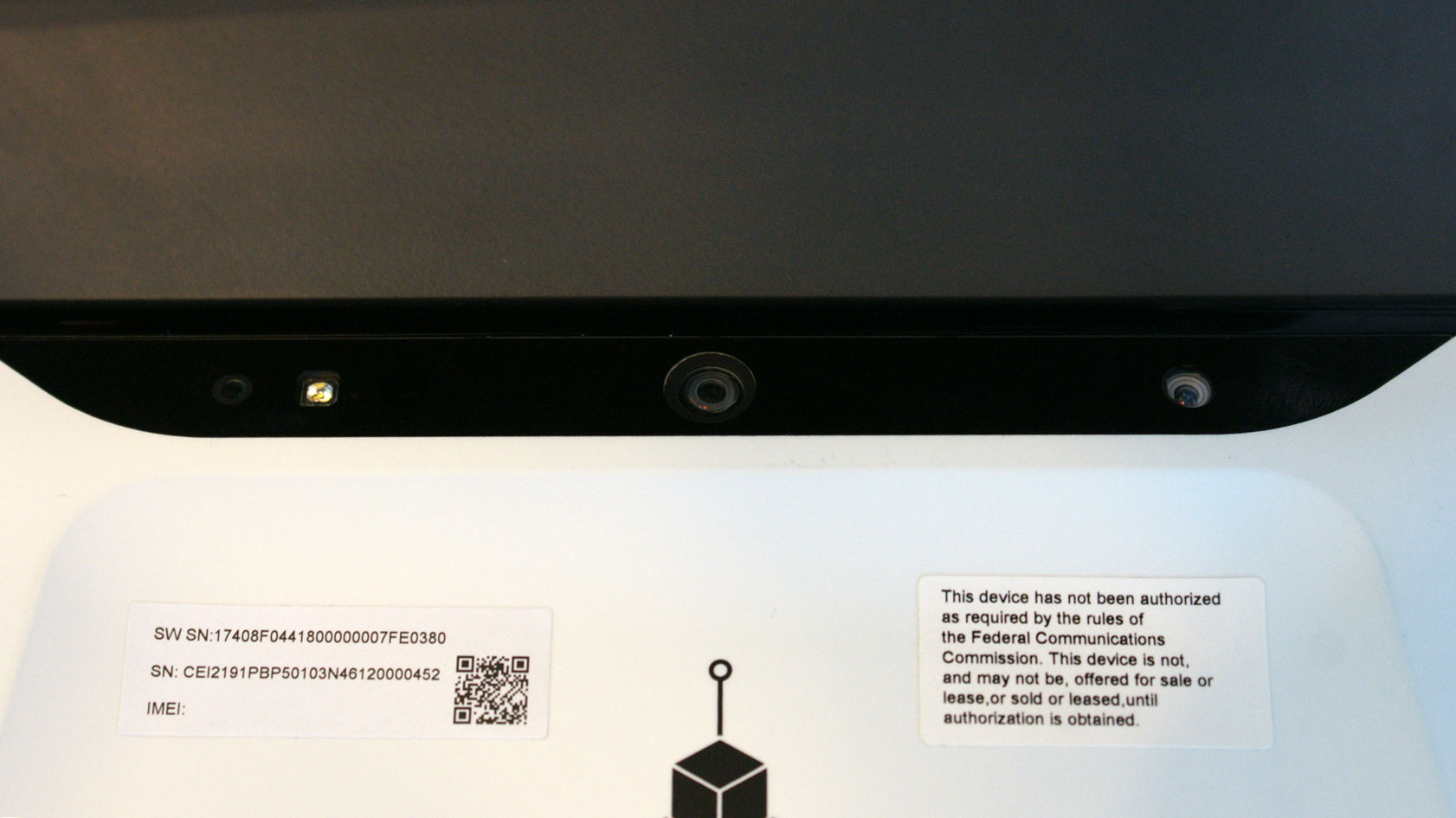 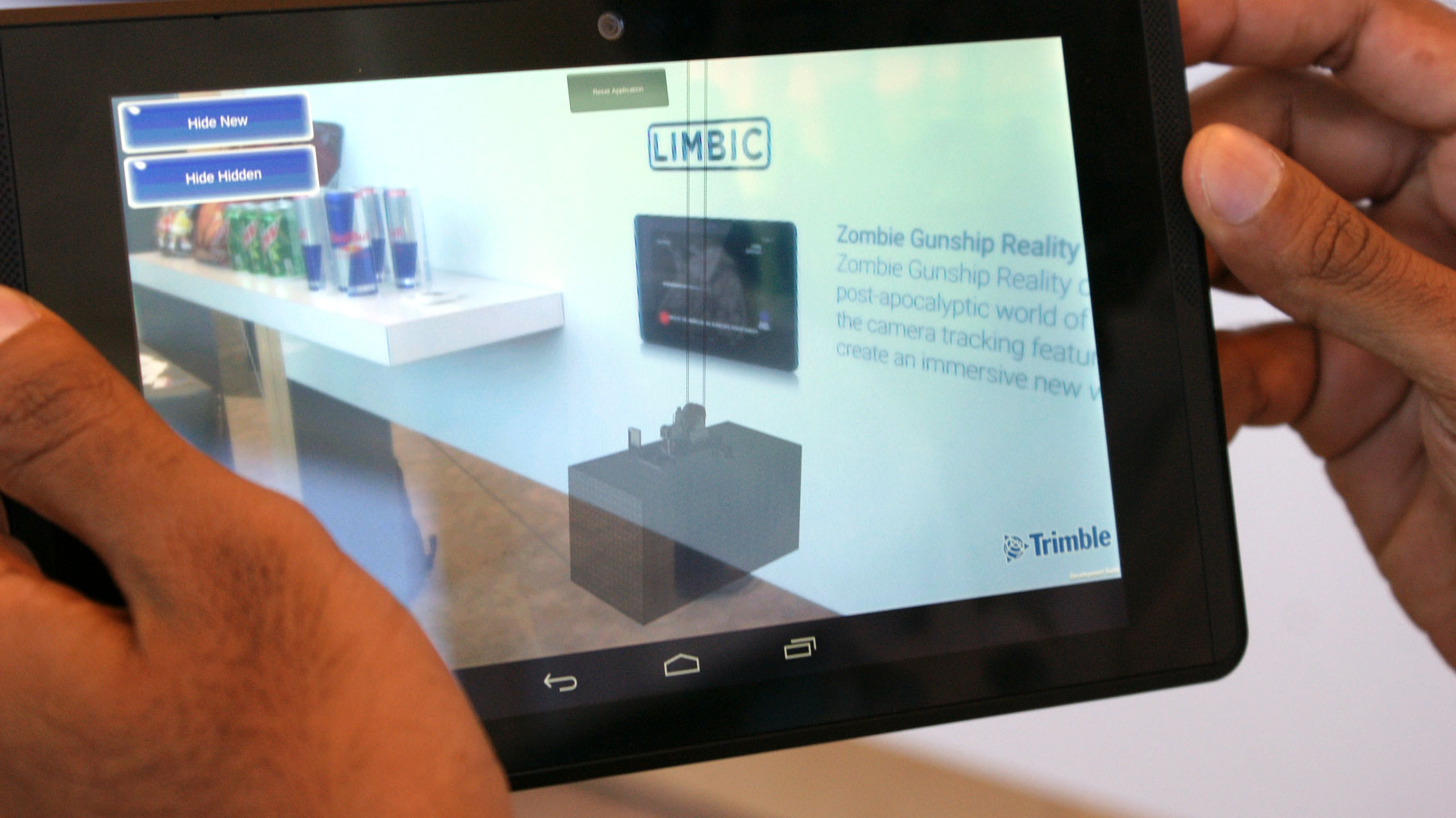 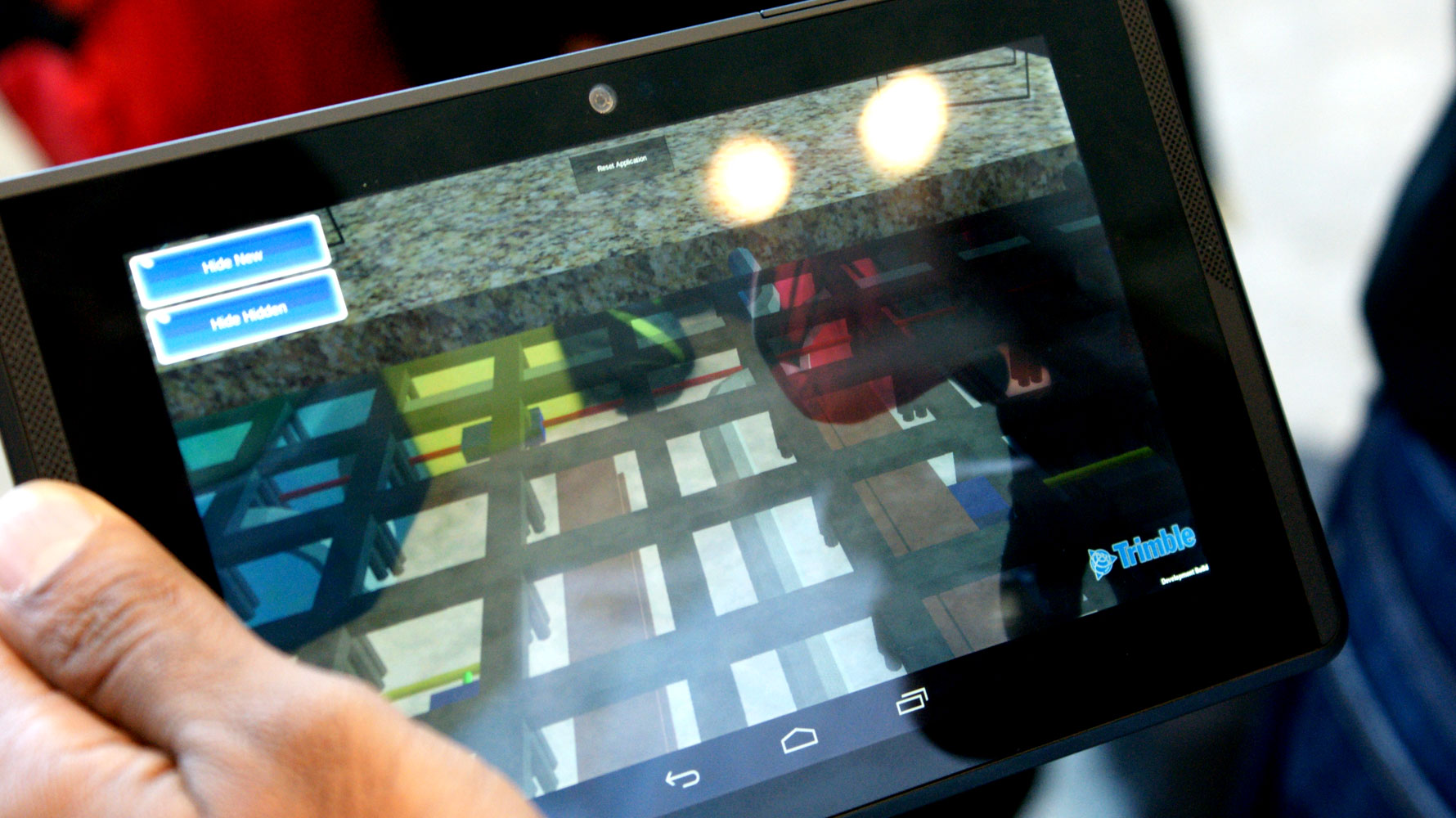 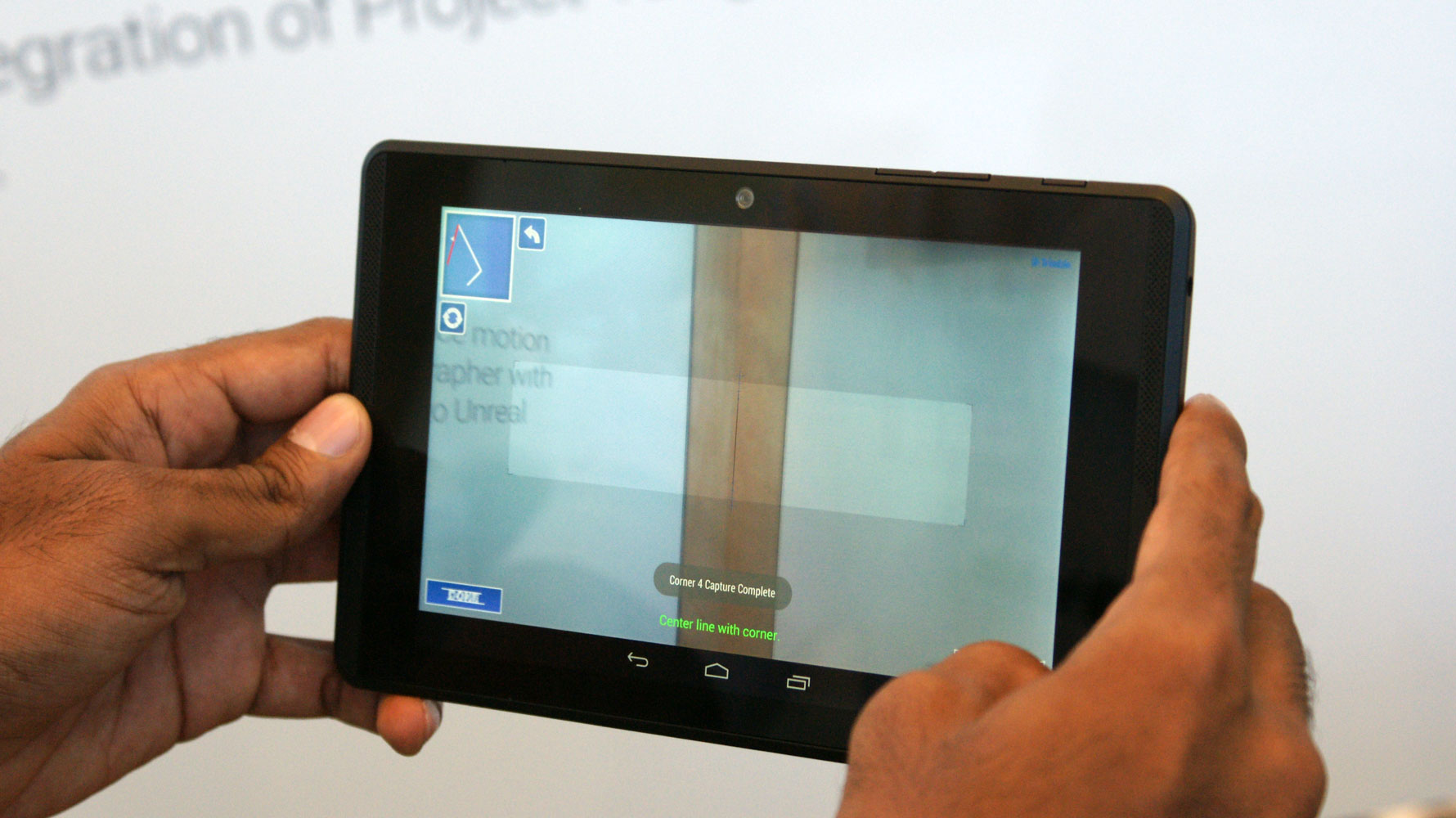 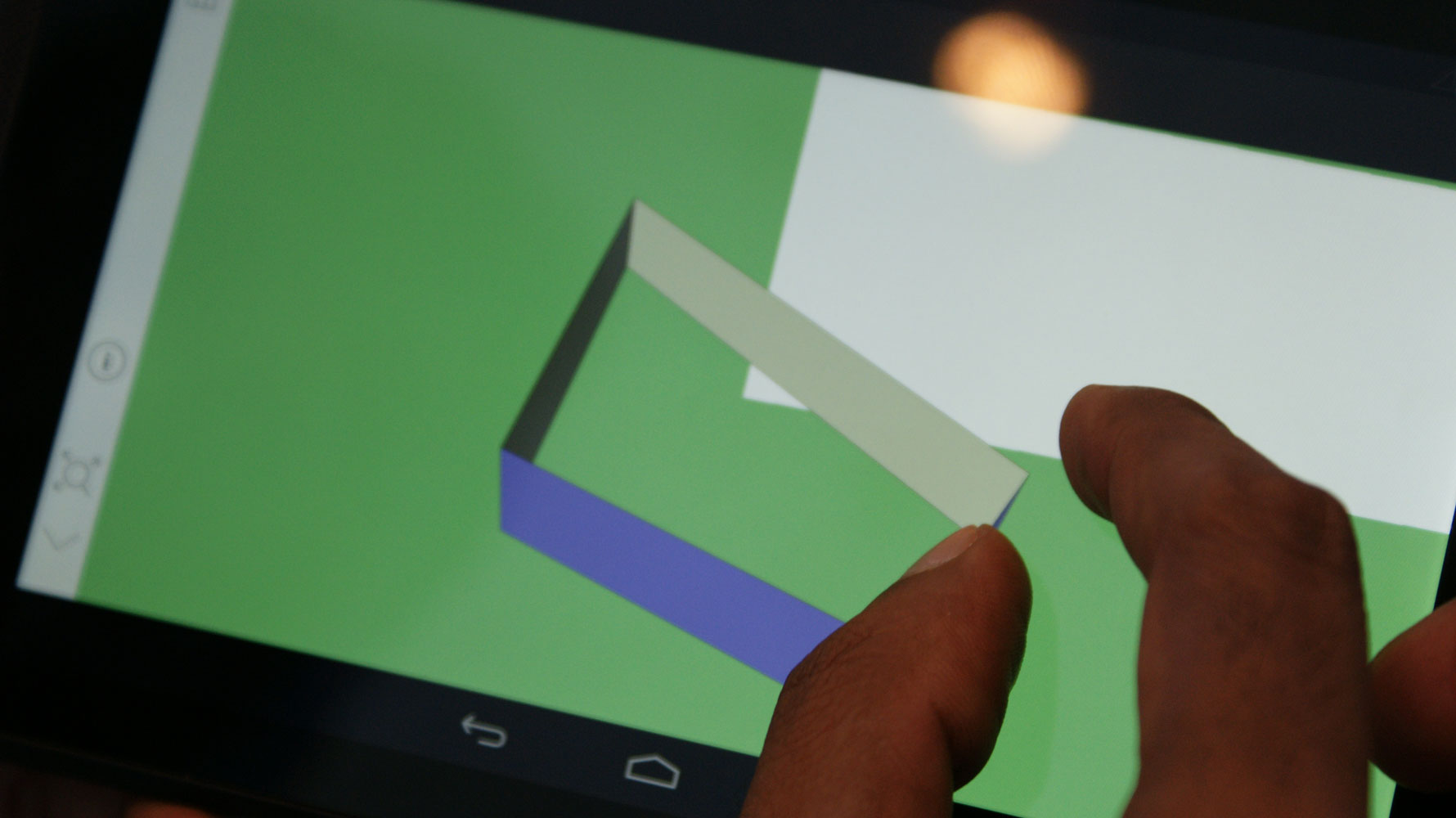 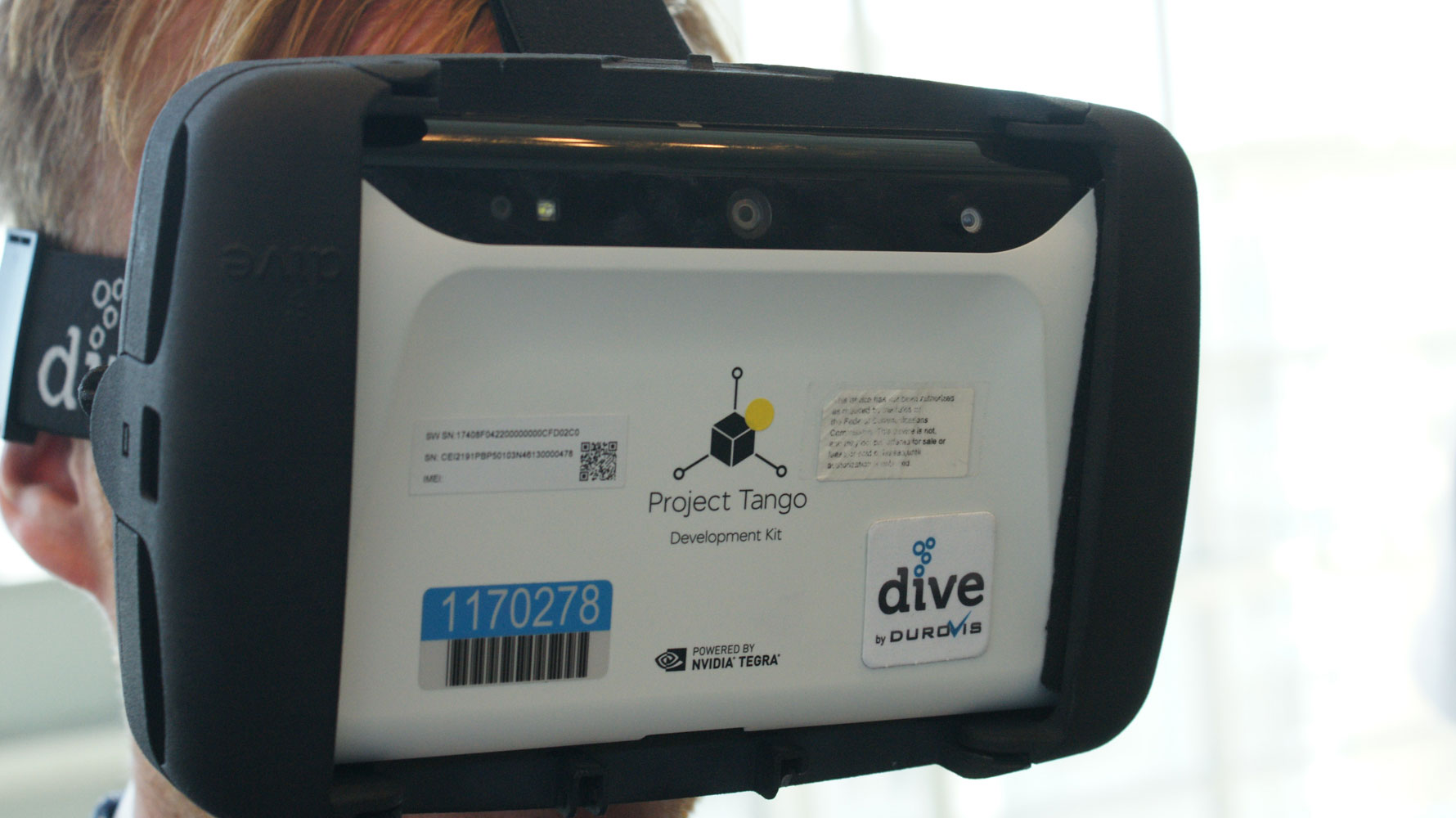 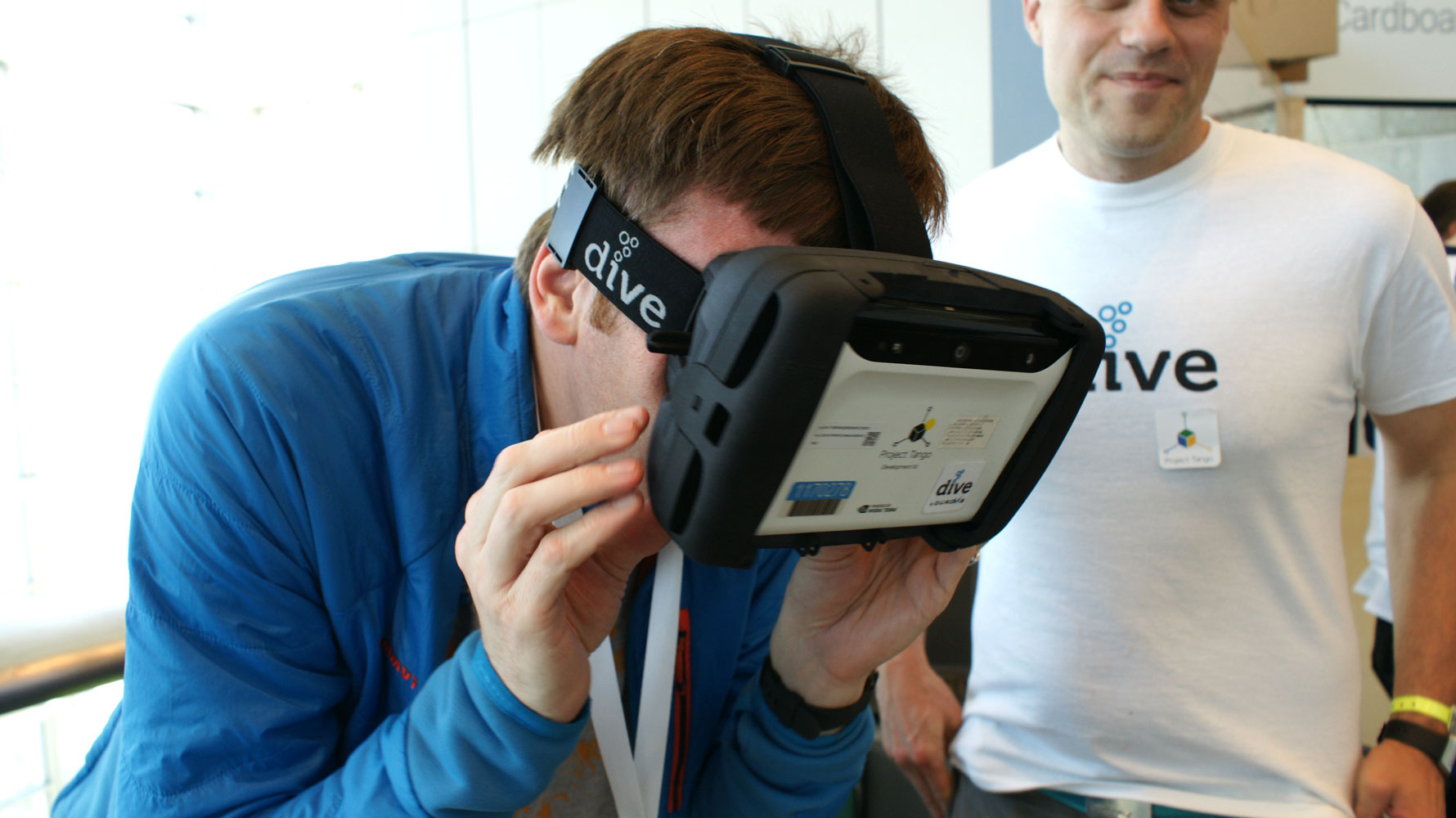 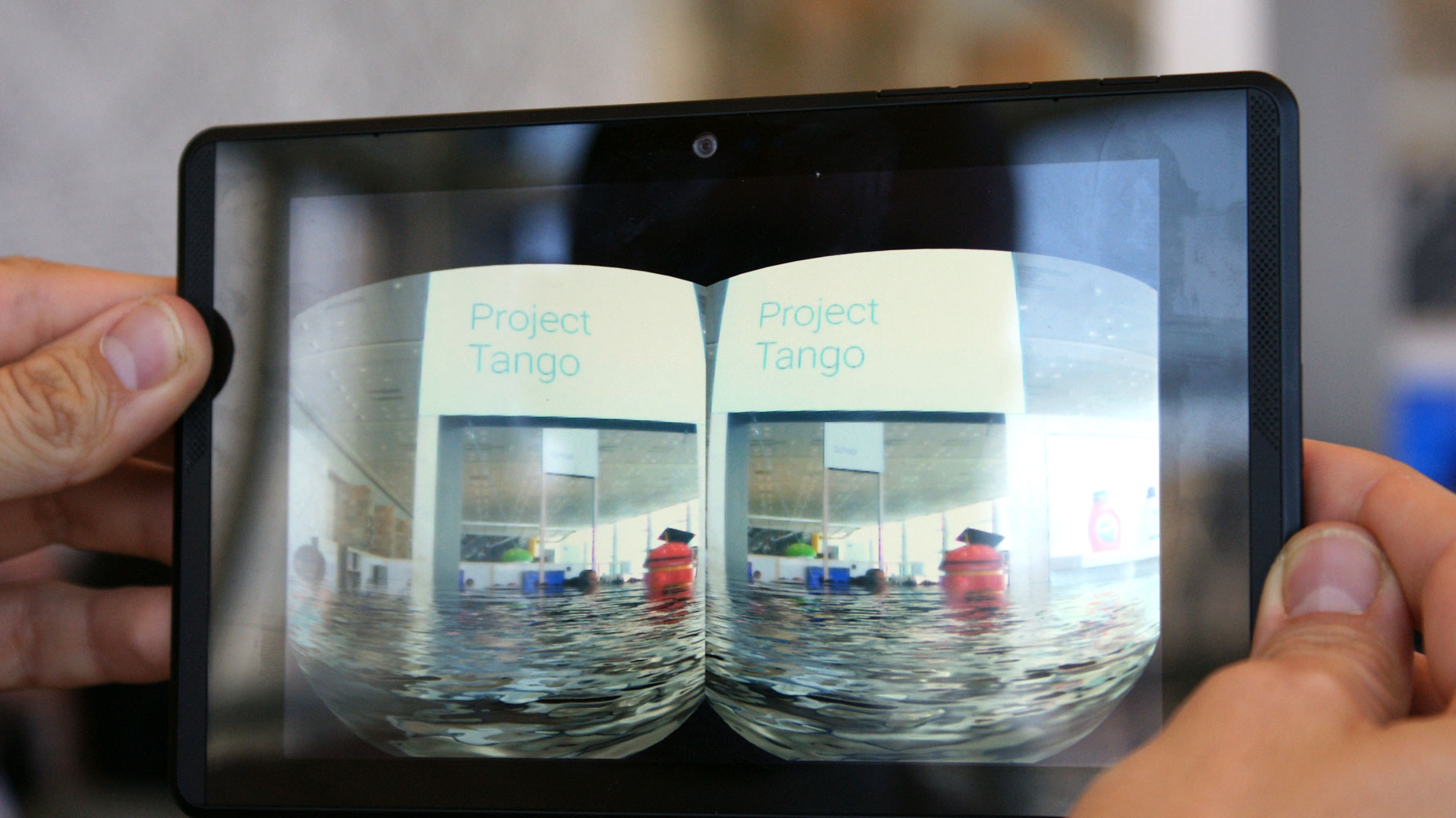