This article was published on September 5, 2013

Chinese smartphone manufacturer Xiaomi released its third-generation phone today and the Mi-3 has not disappointed – it is packed with hardware features, which have seen it touting itself as the fastest-ever smartphone globally.

First impressions: the Mi-3 is extremely slim and light, given that its thickness comes in at a mere 8.1mm and it weighs only 145g. However, the rectangular phone is a bit clunky and a tad flimsy; even more so than Samsung’s (also-plastic) devices. The various colors of the plastic phone are also a bit garish and tend to cheapen it. Well – it is after all a plastic phone, and the design flaws are necessary sacrifices.

This may be solved in the near future though — Xiaomi’s founder Lei Jun took to the stage to promise to create a metal phone the next time.

In the meantime, the plastic Mi-3 will have to satisfy fans — and at first glance, it will do the job, what with its amazing features. The Mi-3 1080p screen, which is sourced from LG, is extremely responsive and the resolution very clear. As the Mi-3 runs on either Nvidia Tegra 4 or Qualcomm Snapdragon 800 processors, its performance is super high-speed. I played a car-racing game on the Mi-3 and was very impressed. The car in my game responded extremely well to how I tilted the phone, and the graphics were very real.

Xiaomi has also added a so-called “immersion” feature to Mi-3, but that took some getting used to – it seemed to vibrate every time my car moved in the game, though it was supposed to sync with certain highlights of the game.

Another nifty feature to Mi-3’s screen: even when your fingers are wet, or when you are wearing gloves during the harshest of winters and struggling to use your phone, Xiaomi’s latest screen lets you do so. I tried it wearing gloves, and the screen did respond though you needed to press harder, but the home button would not respond — which makes it a tad inconvenient.

Sony’s best camera is used in Xiaomi’s latest Mi-3. Compared to the Lumia 1020, Mi-3’s 13-megapixel camera seems a far way off. But it has added certain touches to make its camera more appealing — one of them is that it can automatically beautify your photos by detecting your gender and age (you don’t have to even lift a finger) – before you click the shutter. It made my skin look less patchy in general before I took the photo.

For this price point though (the 16GB version of the Mi-3 is going for CNY1,999 or about $327), you really cannot find another phone with the same specs, even though there is still much room for design improvements. For example, the Samsung Galaxy S4 costs more than double the amount at CNY5,199 ($850).

See more photos of the Mi-3 in the gallery below. 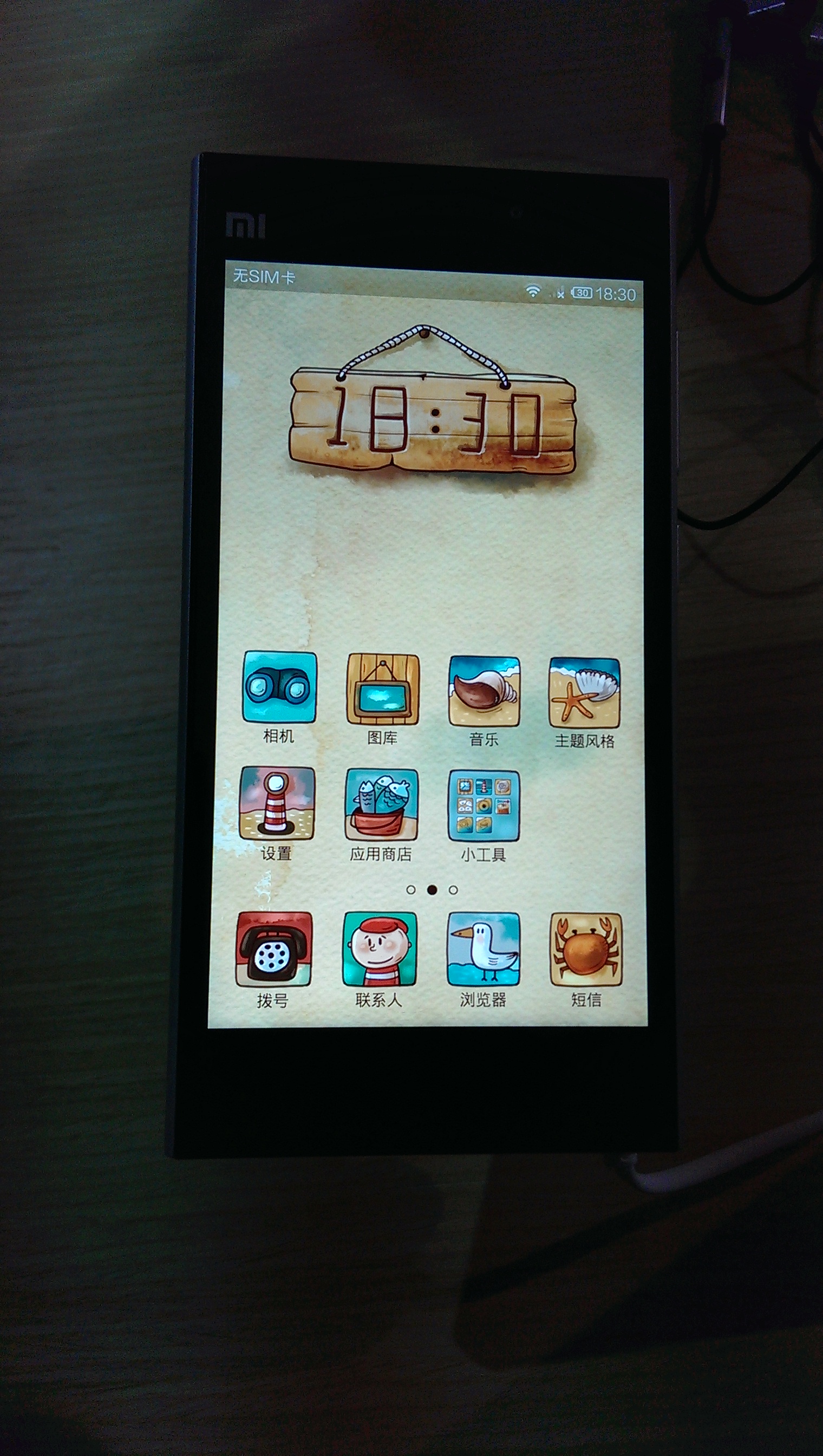 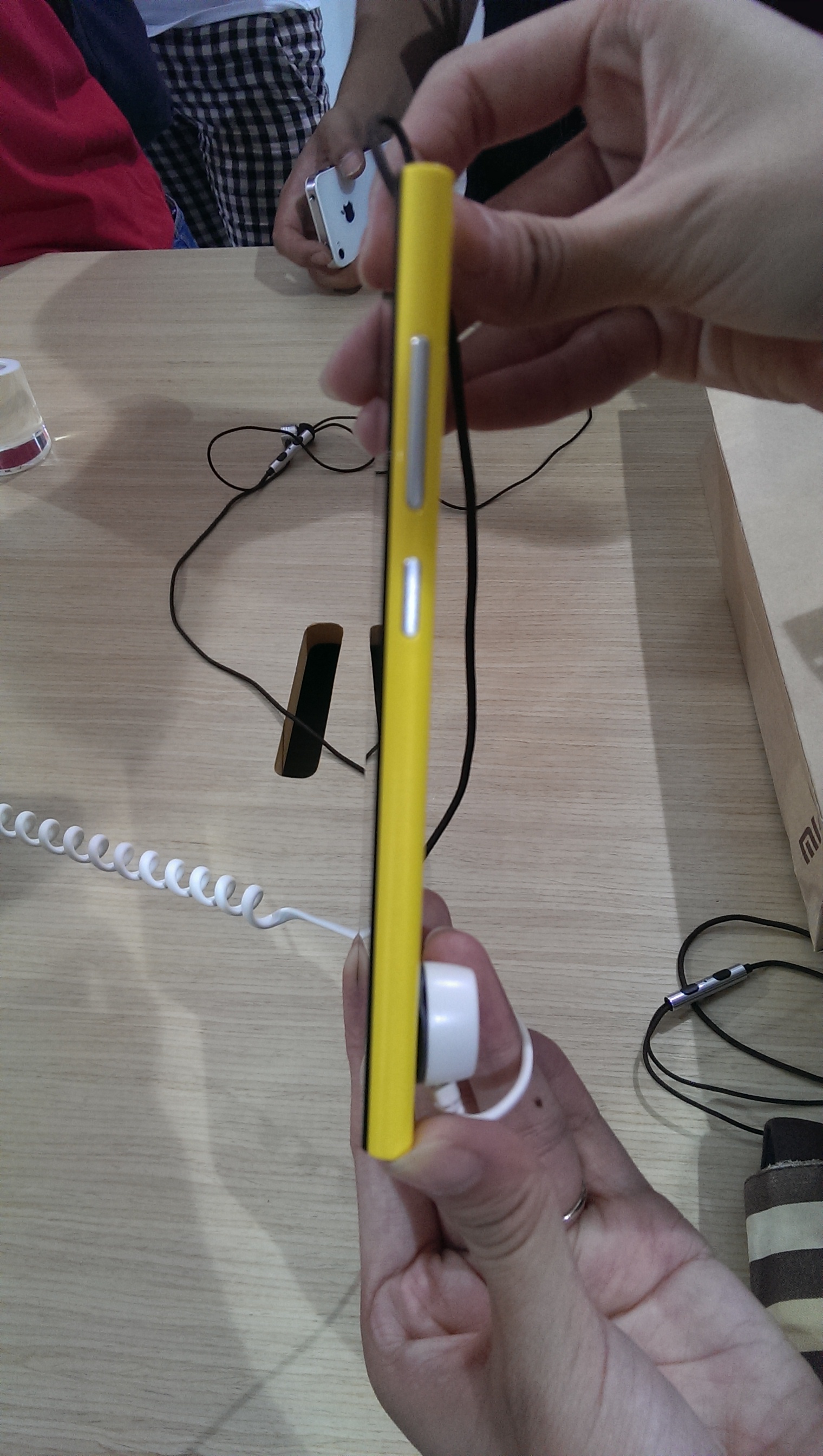 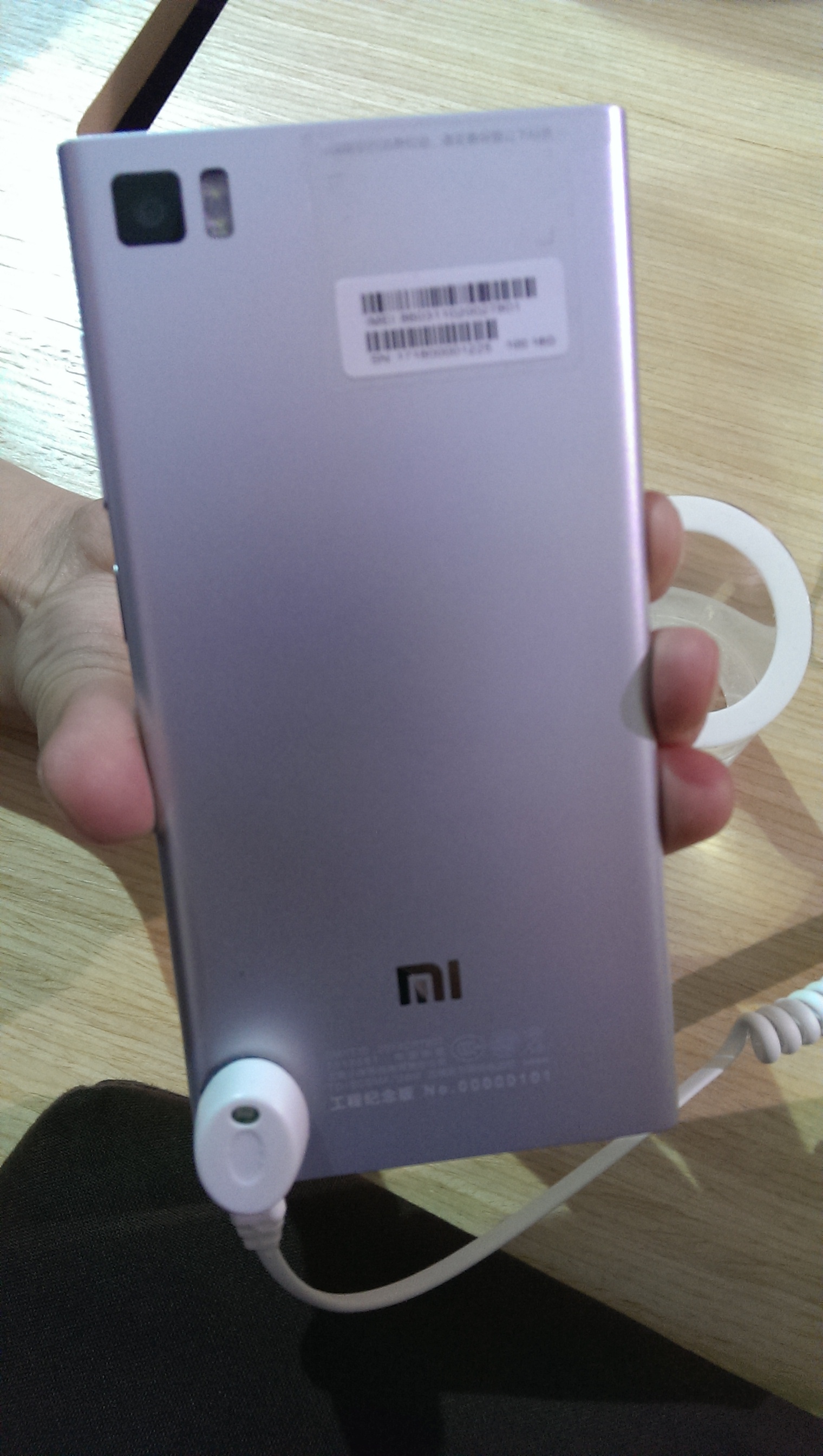 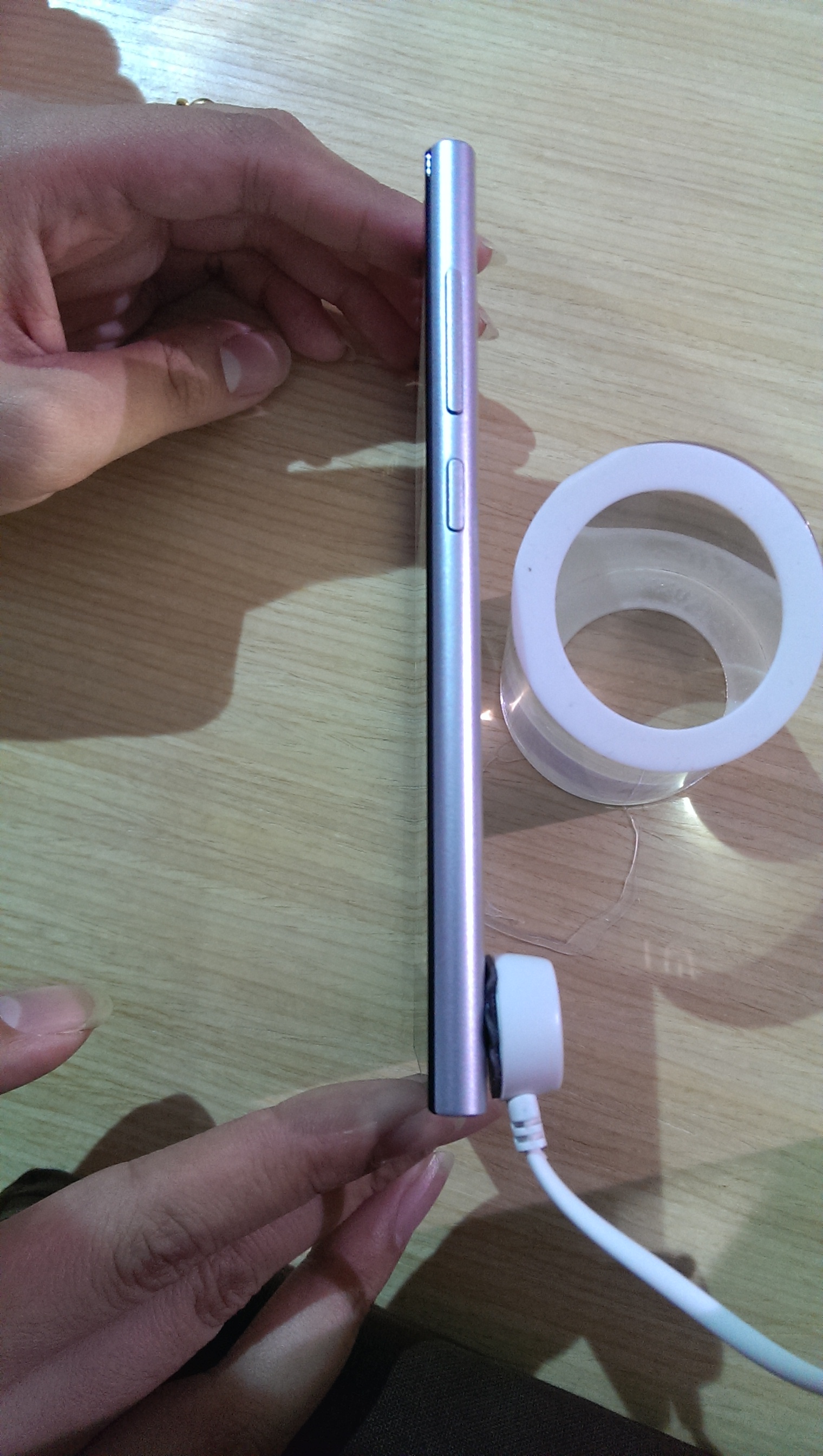 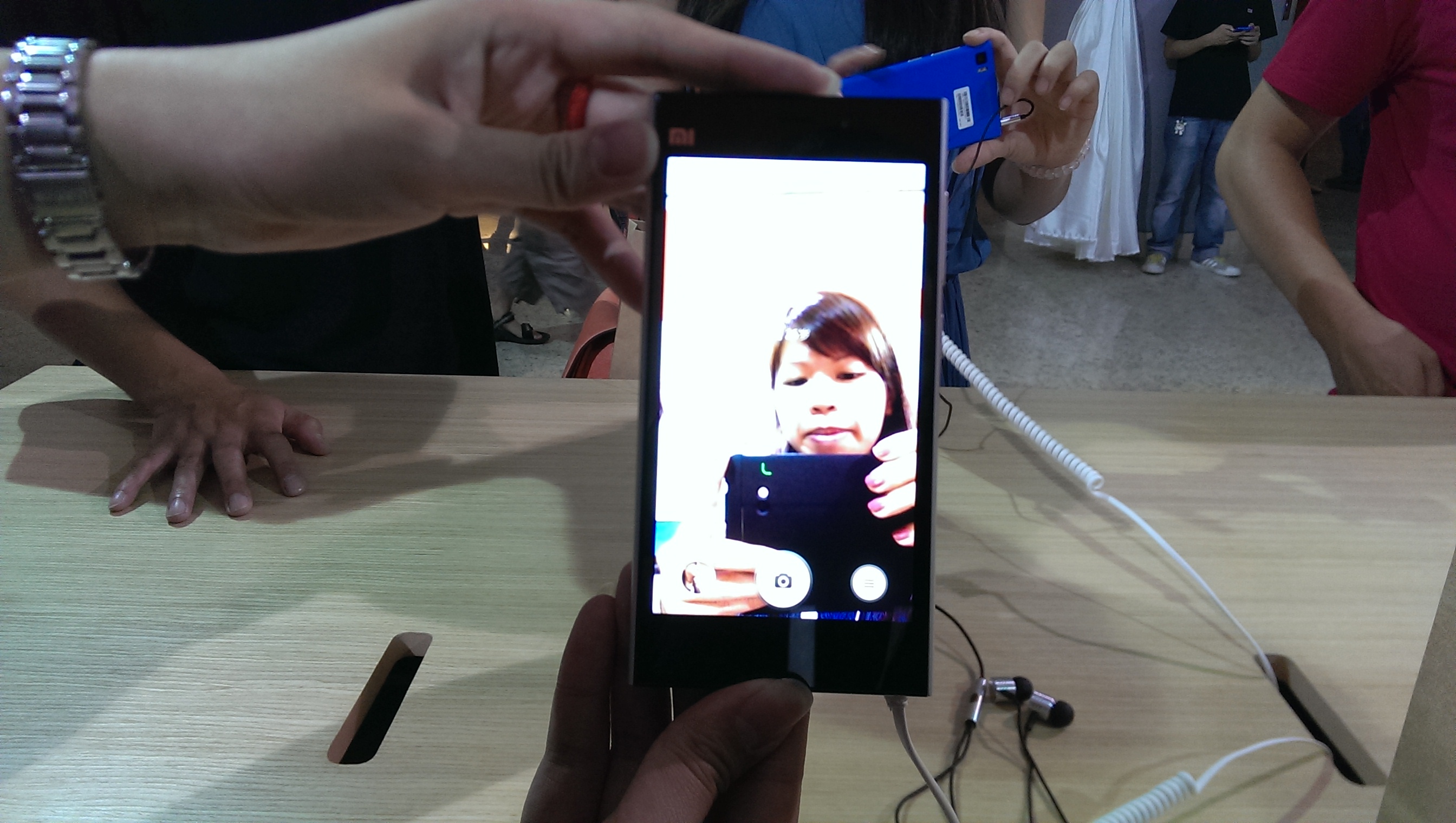