One of the main questions you’ll get if you ever coerce someone to migrate from a PC to a Mac is “does it run Microsoft Office?” For as long as anyone can remember, that’s been hard to answer with a straight face.

Office for Mac existed, but it was woefully out of date and lacking in functionality. Apple’s alternatives, like Pages and Numbers, aren’t exactly fully-featured either.

However, today, after five years of waiting Microsoft has finally delivered a new version of Office for Mac. Right now, it’s in beta, which means it’s free while Microsoft is testing it out. Here’s the thing, though: it might be a little unstable, but it’s about damn time we got the real Office suite on OS X.

I won’t bore you with every minute detail of Microsoft’s new Office suite because, in reality, all you care about is if it’s like what you’re used to.

I don’t usually get excited about Office products and neither do you, but what’s important is that Office 2016 for Mac is very similar to Office 2013 on your PC, only with a slightly different design to fit in nicely with OS X.

Microsoft has added some interesting new features, like the ability to directly collaborate in documents and presentations right on the desktop. You can invite a friend or colleague in and edit together. However, it’s not shown in real-time like in Google Docs; instead, an Updates available icon appears to alert you of changes. It’s not perfect, but it’s progress nonetheless.

The most welcome change certainly has to be the interface. Office for Mac 2011 was a hodgepodge of confusing interactions, but the new version is concise and clean, featuring the familiar ribbon interface from Windows.

If you’re inclined to use Onedrive cloud storage for your documents, Microsoft’s got you covered. It’s properly integrated into Office 2016 and set as the default save location, providing a decently fast way to save and share your work. The built-in sharing tools show that Microsoft is truly starting to realize how important collaboration is to users. 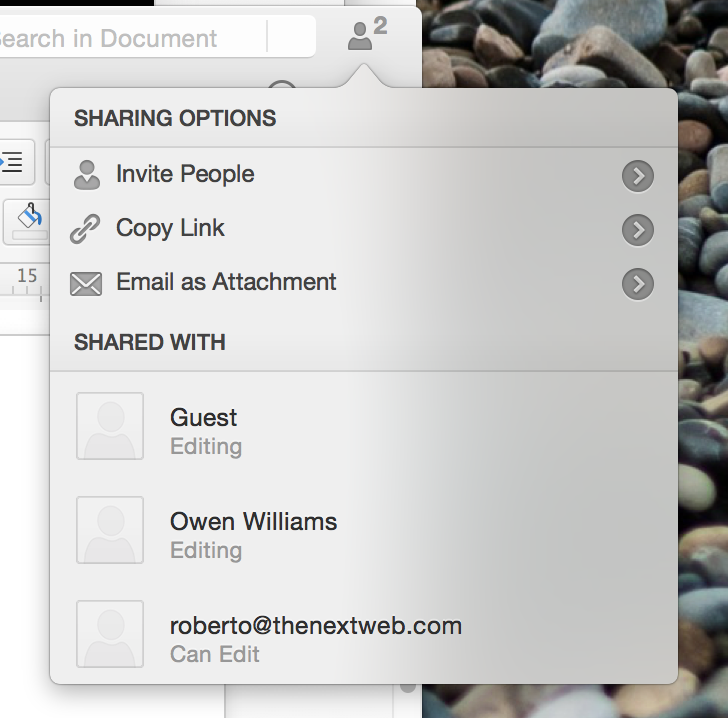 It’s interesting that Microsoft actually released a preview that works nicely — and that the company is finally treating OS X users like first-class citizens.

Judging by the preview, Office for Mac 2016 will be easy for me to recommend to Windows refugees when it lands. It’s everything they’re used to, without any headaches of learning something new.

If you’re OK with a few bugs or weird instability, you can try Office for Mac 2016 now for free. The full version will launch later this year and will require an Office 365 license.