When I think of music streaming services, Nokia Music is admittedly one of the last places I’d look for a curated listening experience. With the rebrand of Nokia MixRadio, the company hopes to rival popular streaming services by offering Nokia smartphones a tool that’s free, mobile, and personalized.

At the US launch event, Nokia brought on superstar musician-turned-producer Nile Rodgers (of 70s disco band Chic and producer of Daft Punk’s unapologetically catchy “Get Lucky”) to endorse the app. Nokia noted that the team worked to create music lists that naturally flow and introduces listeners to new artists.

With Rodgers’ blessing, I tried out MixRadio’s most-touted feature: Play Me. The functionality lets you add favorite artists to create a stream based on music you like. 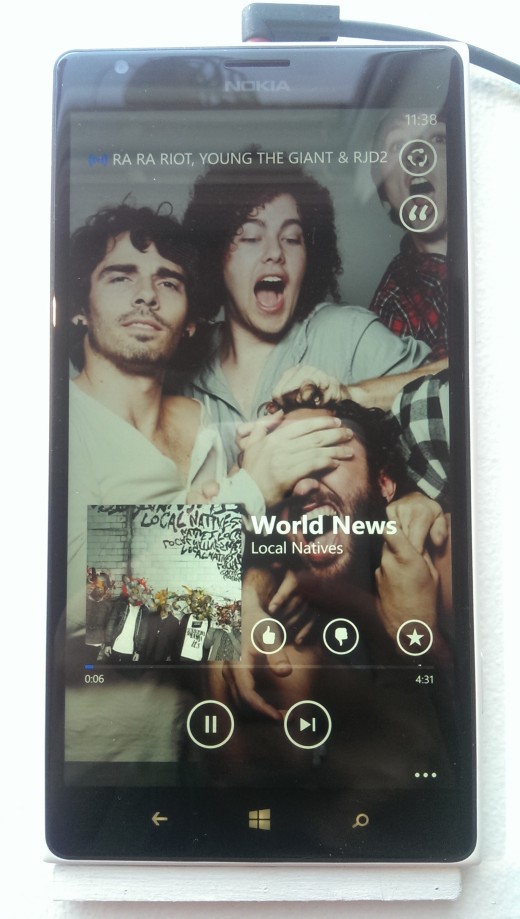 Like Spotify, Pandora, and Rdio, the first few songs MixRadio curates will likely be from the artists you added to the list. After a couple of skips, new artists are introduced. You can choose to Thumbs Up, Thumbs Down, Favorite, or Skip the tune.

In my test, I added Ra Ra Riot, Young The Giant, and RJD2 – artists with a similar indie vibe yet completely different sounds. It came as no surprise that MixRadio would offer YTG’s “Cough Syrup” as the second song on the stream considering it is one of the band’s most popular single. However, I wish it gave me a less expected choice as the point is to discover something new.

After three songs from the artists I favorited, the recommended music that followed include Local Natives and Neon Trees – the former of which I approved while the latter was thumbed down. I don’t blame MixRadio for some faults, most apps will take a few tries to get it right. Thankfully, the ability to skip often enough is useful for that.

With MixRadio, you are able to enjoy the clean interface we’ve come to expect from a Windows Phone layout. The screen highlights large photos of the currently streaming artist, plus an album cover on the lower left corner. Users can also pin desired stations or the Play Me button onto their homescreen to skip the two-touch process.

What’s neat about MixRadio is the ability to listen to music on the go without paying a premium (Spotify and Rdio charge $9.99 a month to stream select music on a mobile device). The app comes native on new Nokia smartphones, contains no ads, and allow users up to six skips per hour. For unlimited skips, users can opt to pay $3.99 a month – a considerably competitive price.

If you want to discover completely new sounds, MixRadio also offers curated lists according to genre. Users have the option of downloading the lists for offline mode, which will still allow them to find new artists regardless of connectivity.

Nokia says upcoming plans for MixRadio include integrating the Lumia’s accelerometer and GPS tracker to recognize when users are at home, at work, or at the gym to curate songs that match the occasion. It also wants to recognize the user’s movements, such as whether they’re running or in a car, to find music that fits the instance.

Nokia MixRadio’s features rival those of its competitors, and its biggest advantages are definitely the low cost, lack of interrupting (and sometimes outright mortifying) ads, and mobility. It’s enough to get Windows Phone users to jump on the service, but unclear whether it can convince Android and iOS markets to convert. For now, you can certainly try mixrad.io and see if suits your style.

The Nokia MixRadio app is now available in 31 territories, including the US, UK, and China. The offerings will be tailored to fit local markets so you can discover new music wherever you’re located.