The Samsung Galaxy Note showed smartphone makers that the world really wanted a larger computer in its pocket. Today Apple complied with the 4.7-inch iPhone 6 and 5.5-inch iPhone 6 Plus. Apple’s going big.

The edges of the larger iPhones remind me of the iPhone 3GS. I like the contours of the iPhone 3GS. It’s like a pebble in your hand while the iPhone 4 and later felt more like a slab of metal. The iPhone 6 and 6 Plus are a happy medium between those designs with curved edges and a flat back. Even with a larger footprint, it’s a softer iPhone.

The larger displays mean Apple had to make some software and hardware changes. The lock button has been moved to the right side of the phone. On the software side, Apple introduced “reachability.” With two light taps on the home button, the top of the interface moves down to the center of the display. Both are a nice workaround to the larger display issue. You get a larger display, but you can use it with one hand.

The new landscape mode for Messages and the Home screen on the iPhone 6 Plus are welcome additions. I just wish they put the two-panel Messages layout on the iPhone 6. It’s large enough to support it.

Both demo phones included images and video shot with the new camera. As expected, they looked spectacular. The camera on the iPhone 5s is great so I expect the iPhone 6 and 6 Plus to top it once we can get both phones out for real-world testing.

The Focus Pixels feature was probably the most impressive feature on the phones. The phones auto-focused almost instantly no matter where I pointed them. Close ups and far away subjects popped into focus quickly. You can still double-tap the screen to focus on a subject, but the overall refocusing is amazing.

One issue that might cause some trouble is that the camera lens protrudes from the phones. This could lead to premature scratches and wobbly iPhones when placed flat on any surface.

The Retina HD display has a higher contrast than the iPhone 5s. To me it almost seemed like too much contrast — something more in line with what Samsung ships. This could be a due to the lighting in the room. The current iPhone already has a pretty wide viewing angle, so the extension is nice, but barely worth noting.

So which iPhone is best for you? If you want something that’s big but will still fit in your pocket, the iPhone 6 is a nice “just right” in the Goldilocks and the Three Bears world of measurement. Of course, that means you want something larger than the iPhone 5s. If you don’t want a larger phone, you’re out of luck.

If you’re looking for the ultimate Apple phablet, the iPhone 6 Plus is for you. It’s huge. I’m six-foot three-inches and I could barely grip it with my rather large hands. I could fit it in my pants. But, also I have big pants. It’s a the love child of the iPad mini and the iPhone 6. But if that’s your thing. You won’t be disappointed.

Apple’s going big. If you’re on board, you’re golden. If not, you can still buy the iPhone 5s. For now.

We’ll have a full review of the iPhone 6 and iPhone 6 Plus soon. 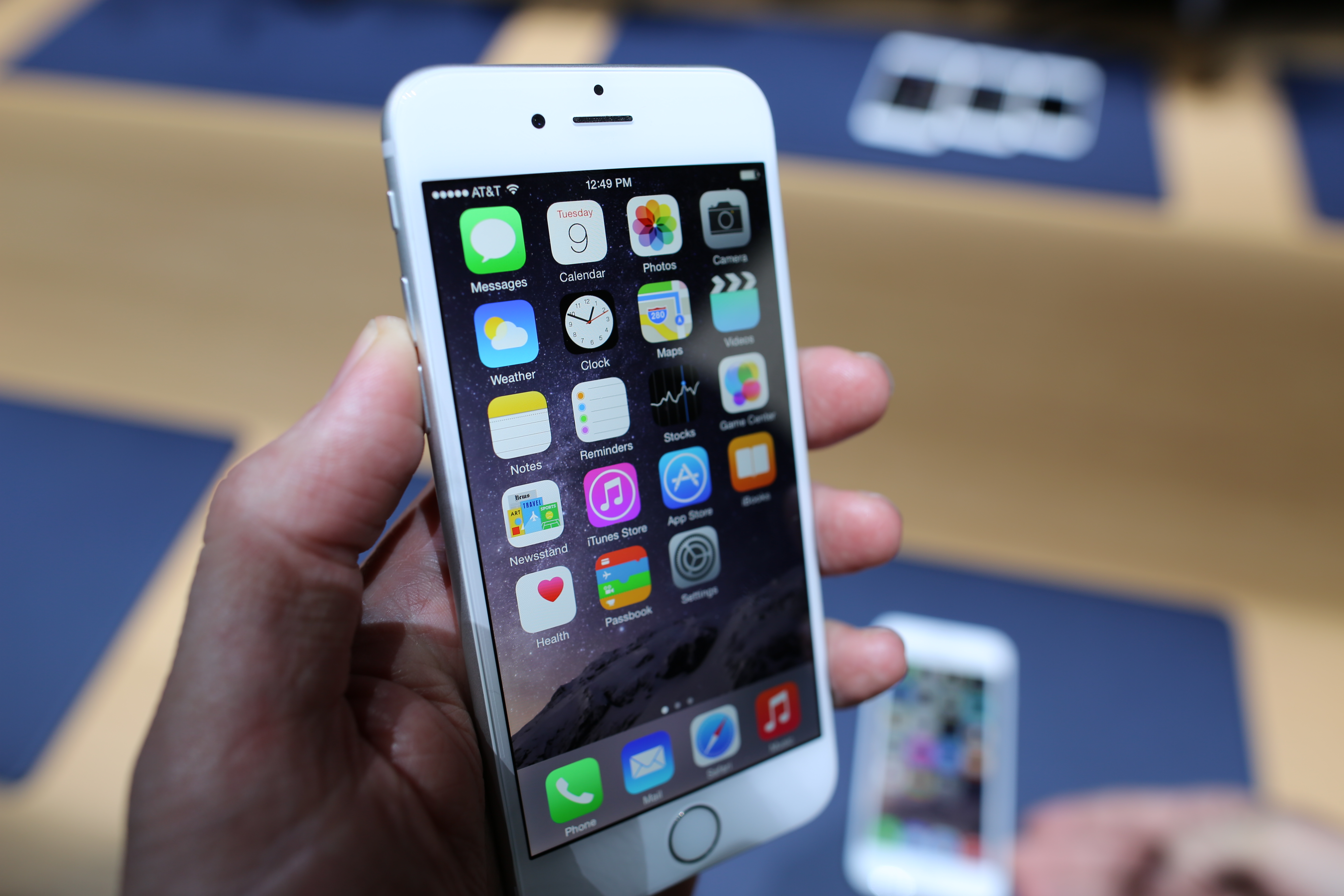 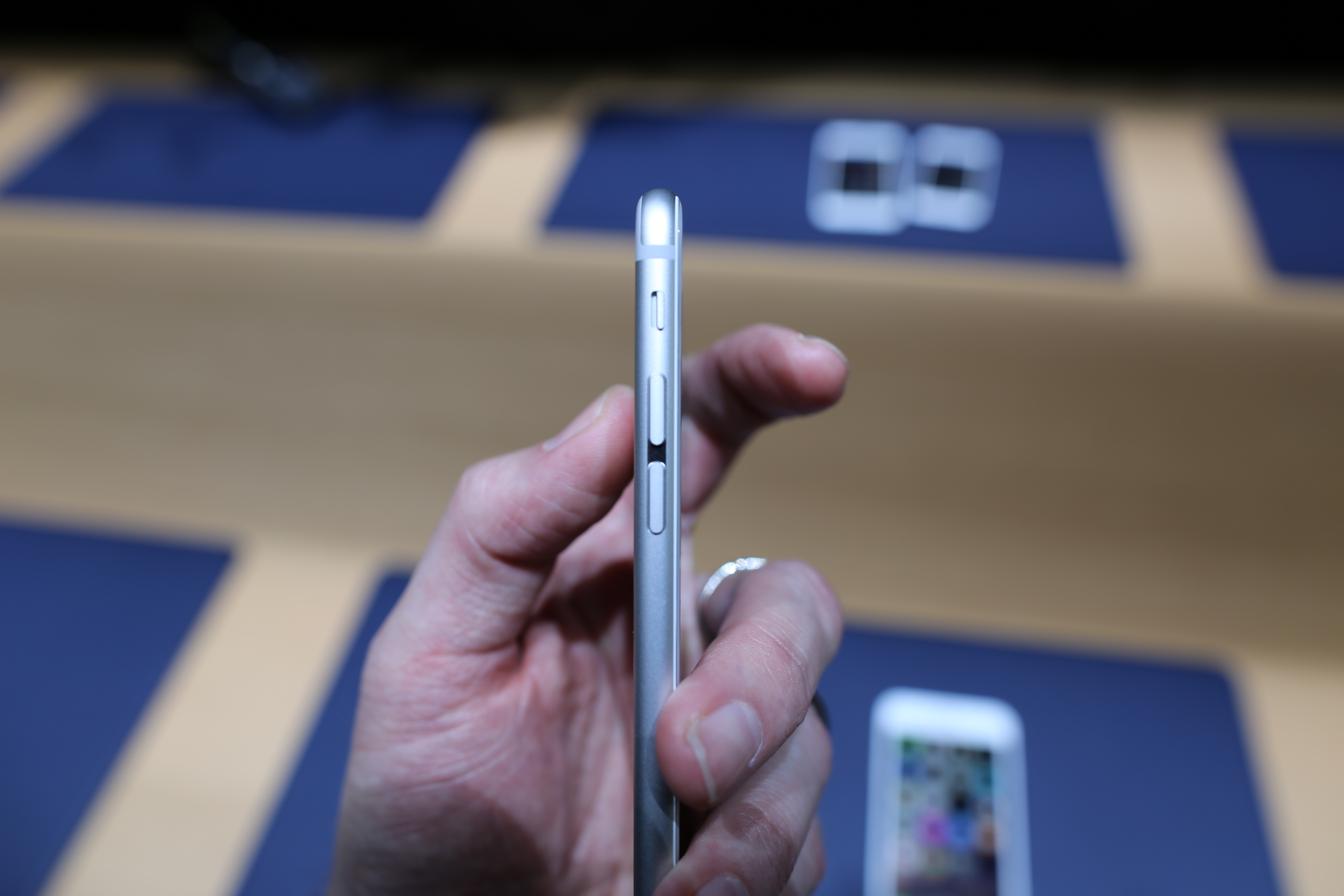 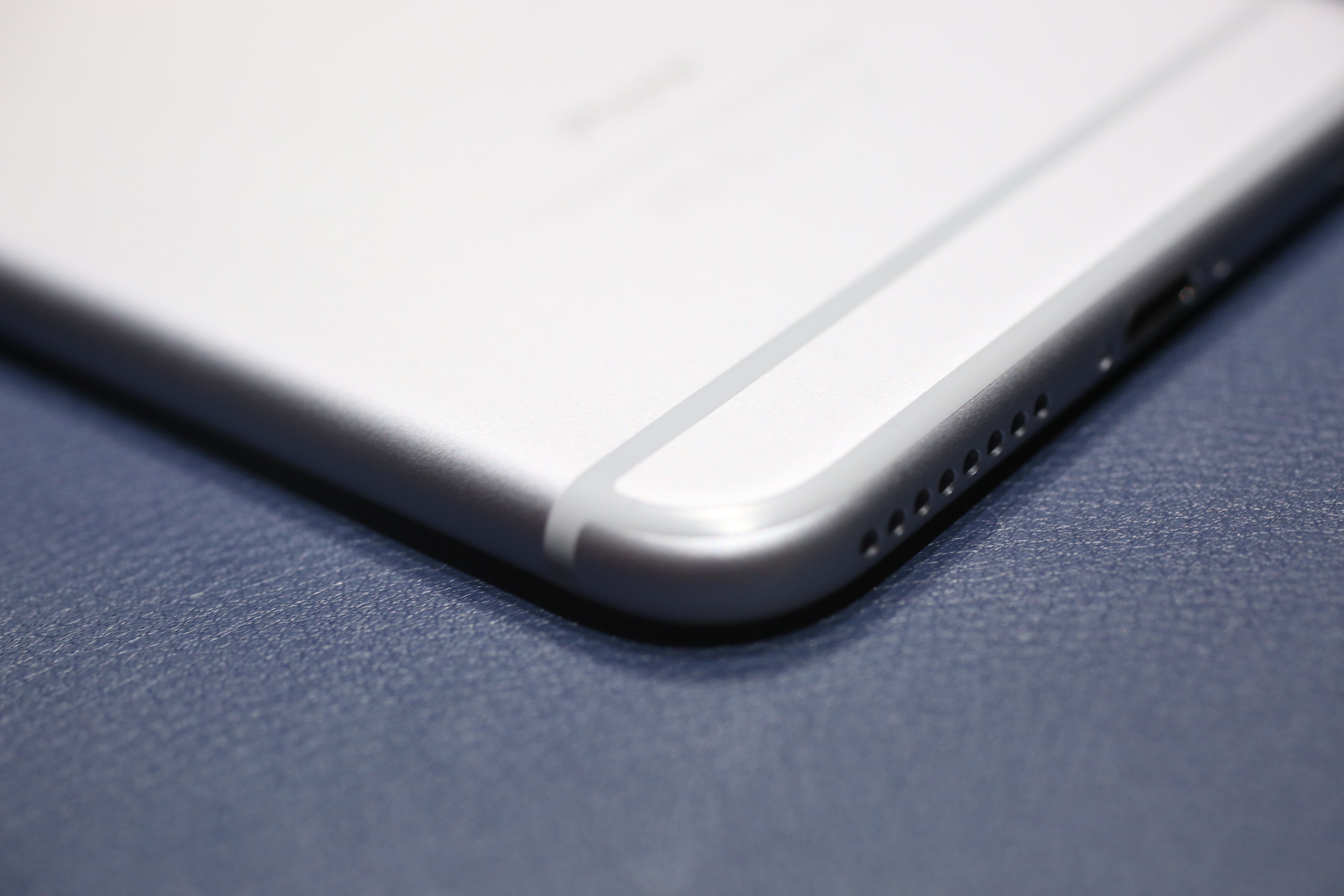 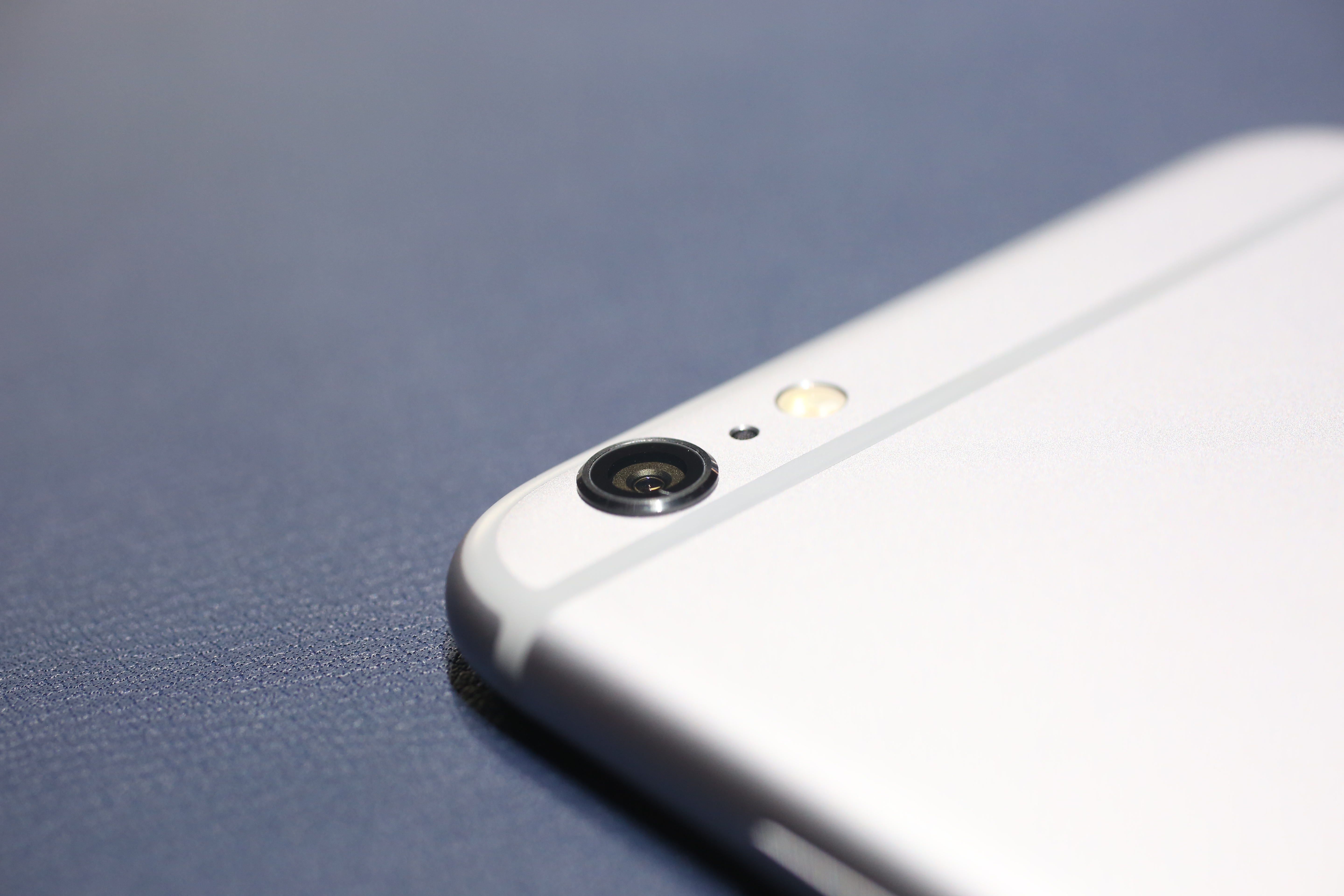 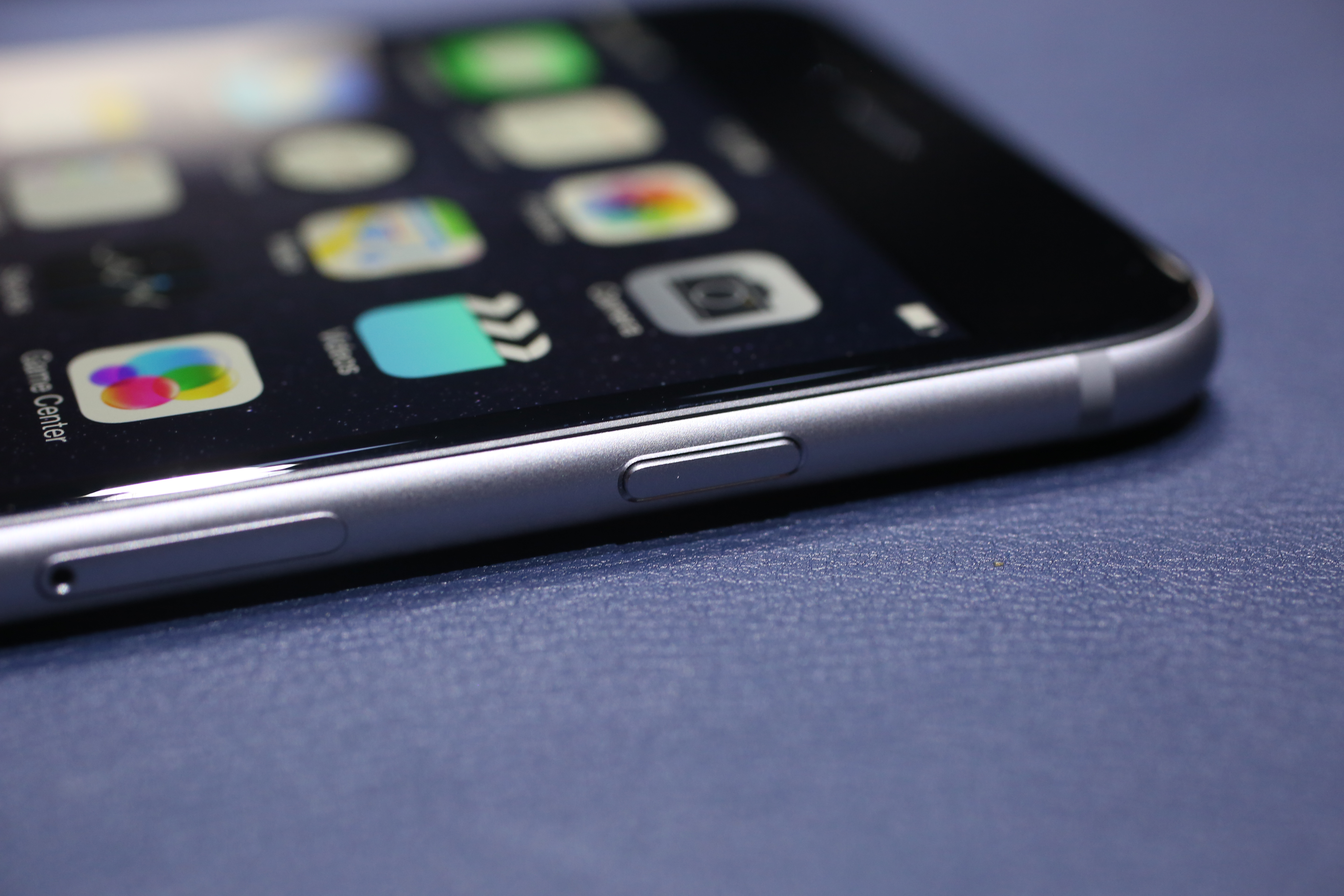 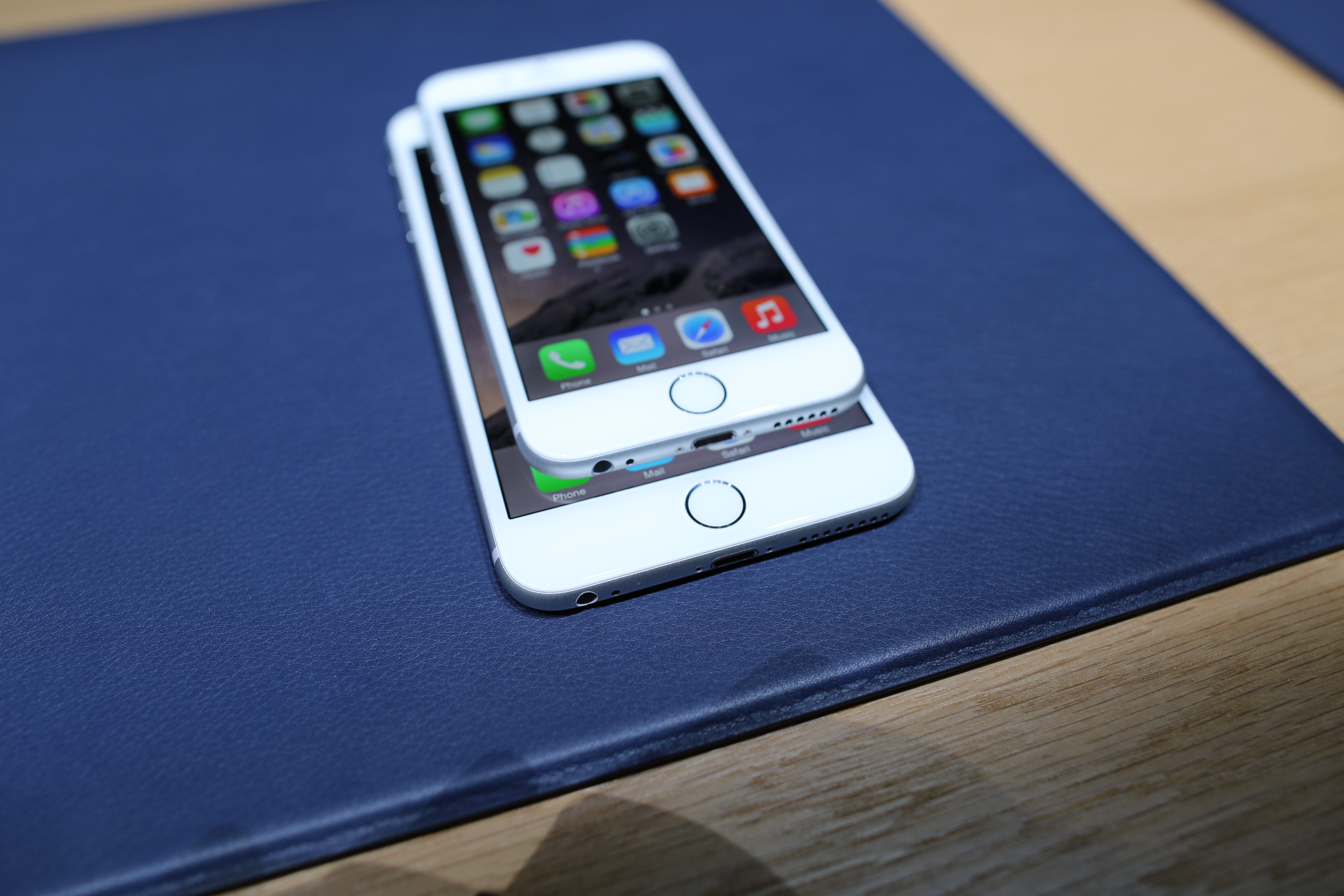 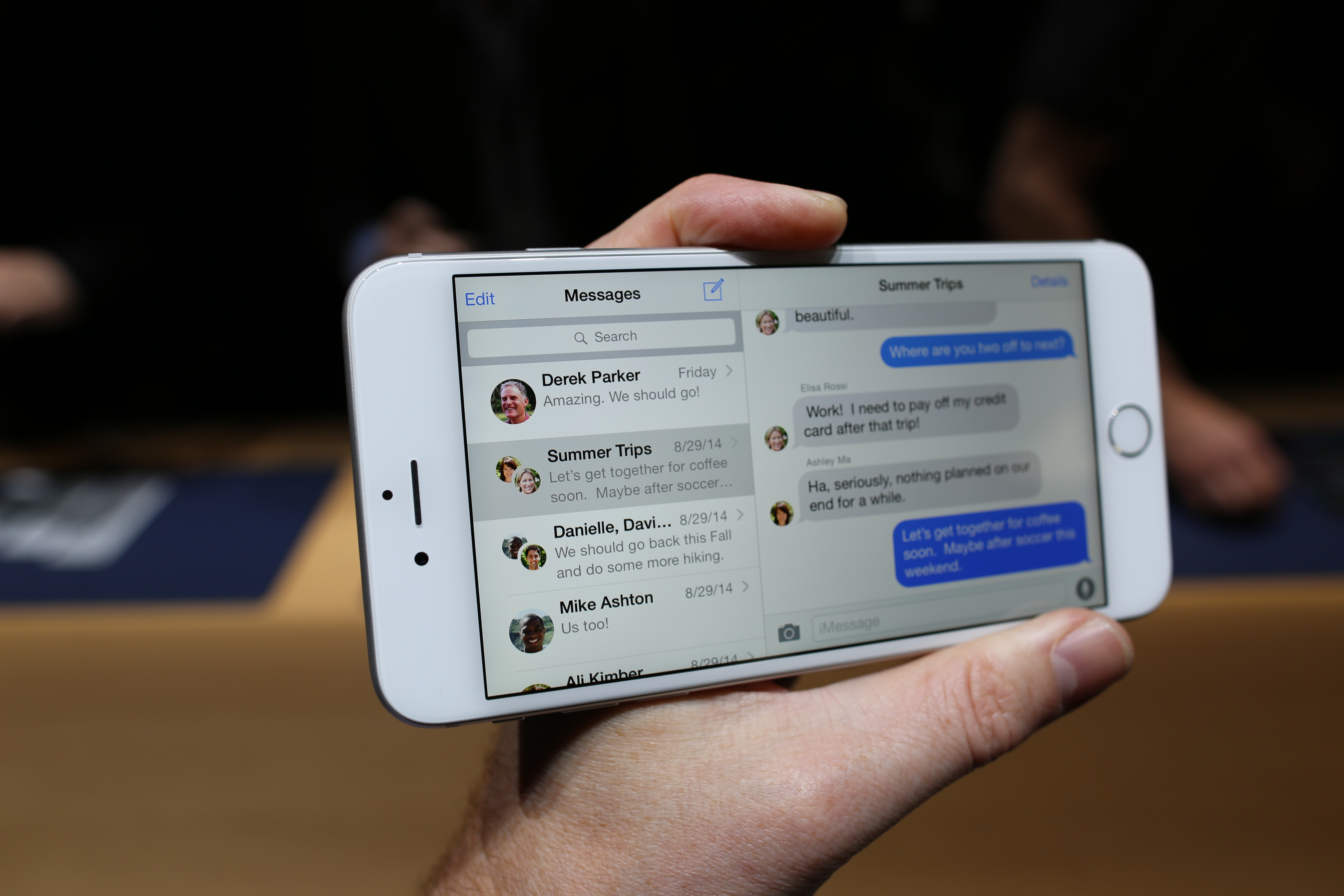 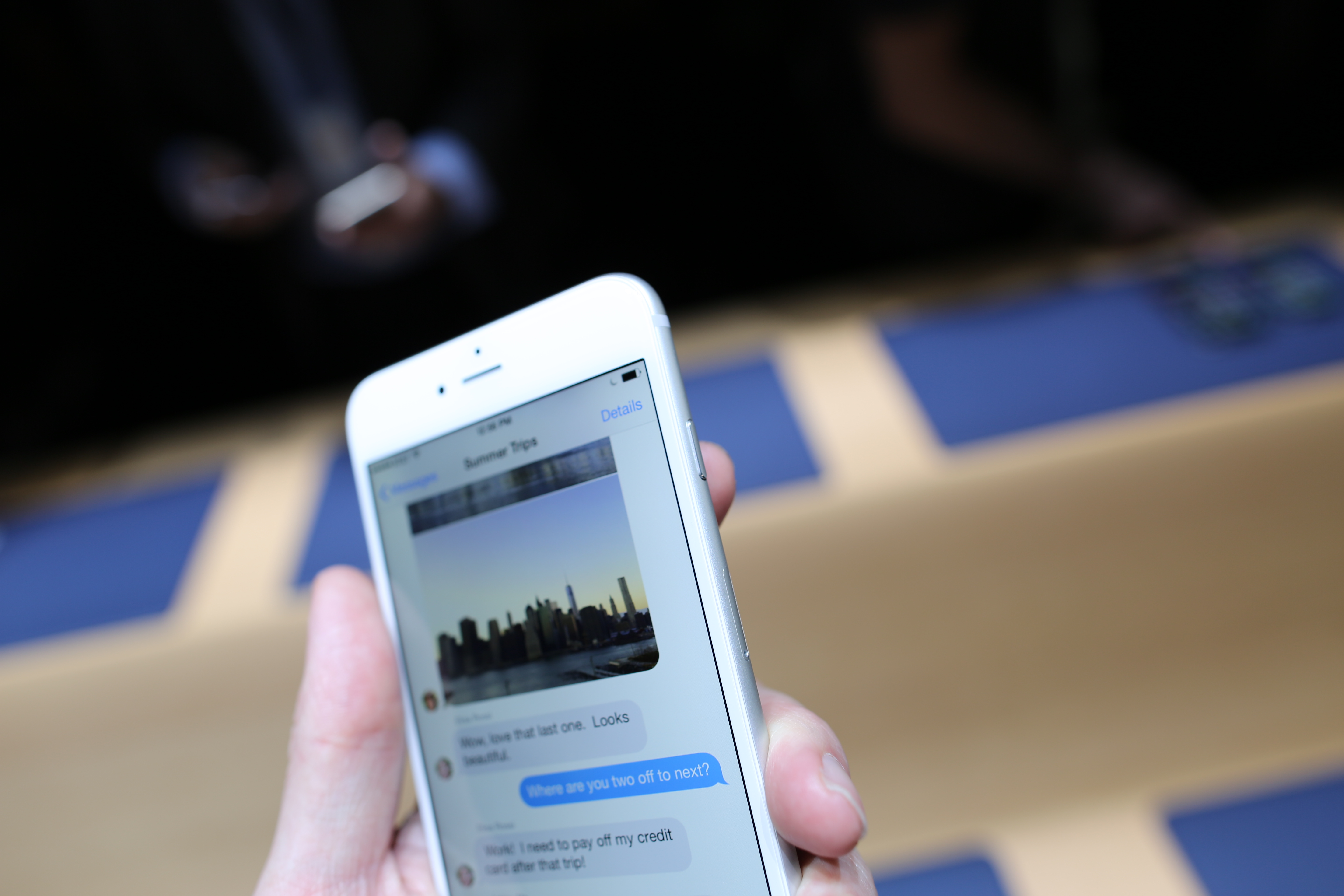 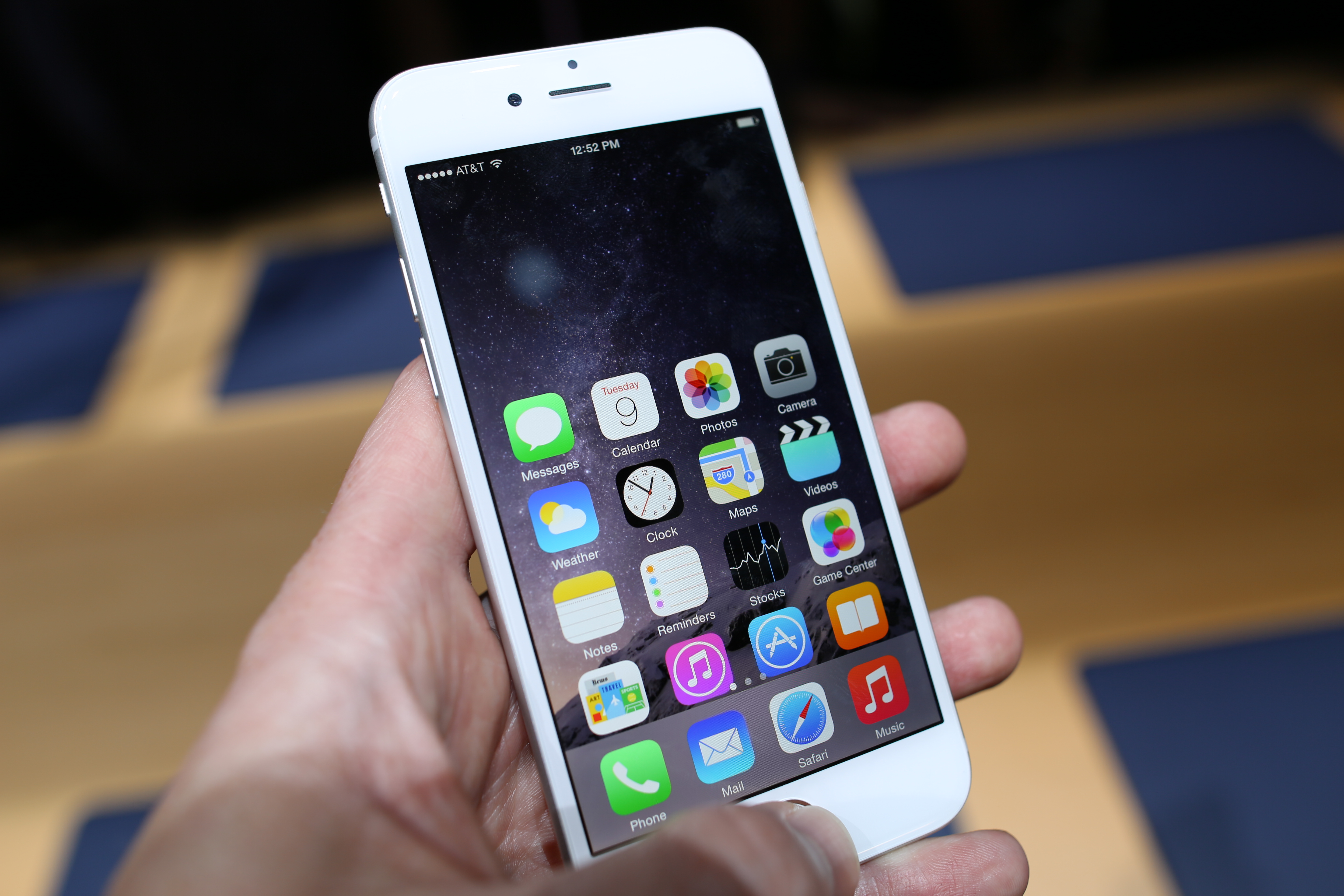 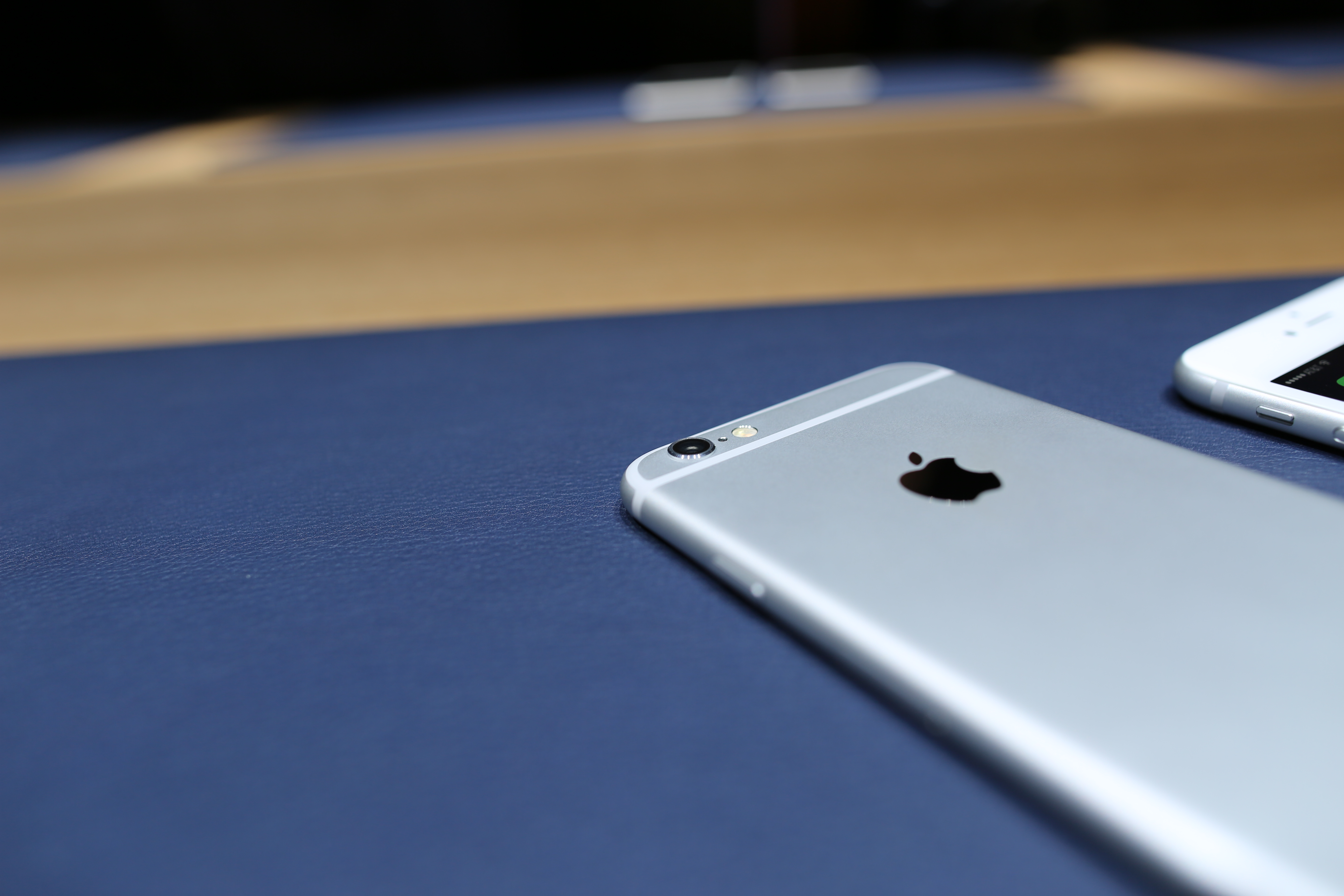 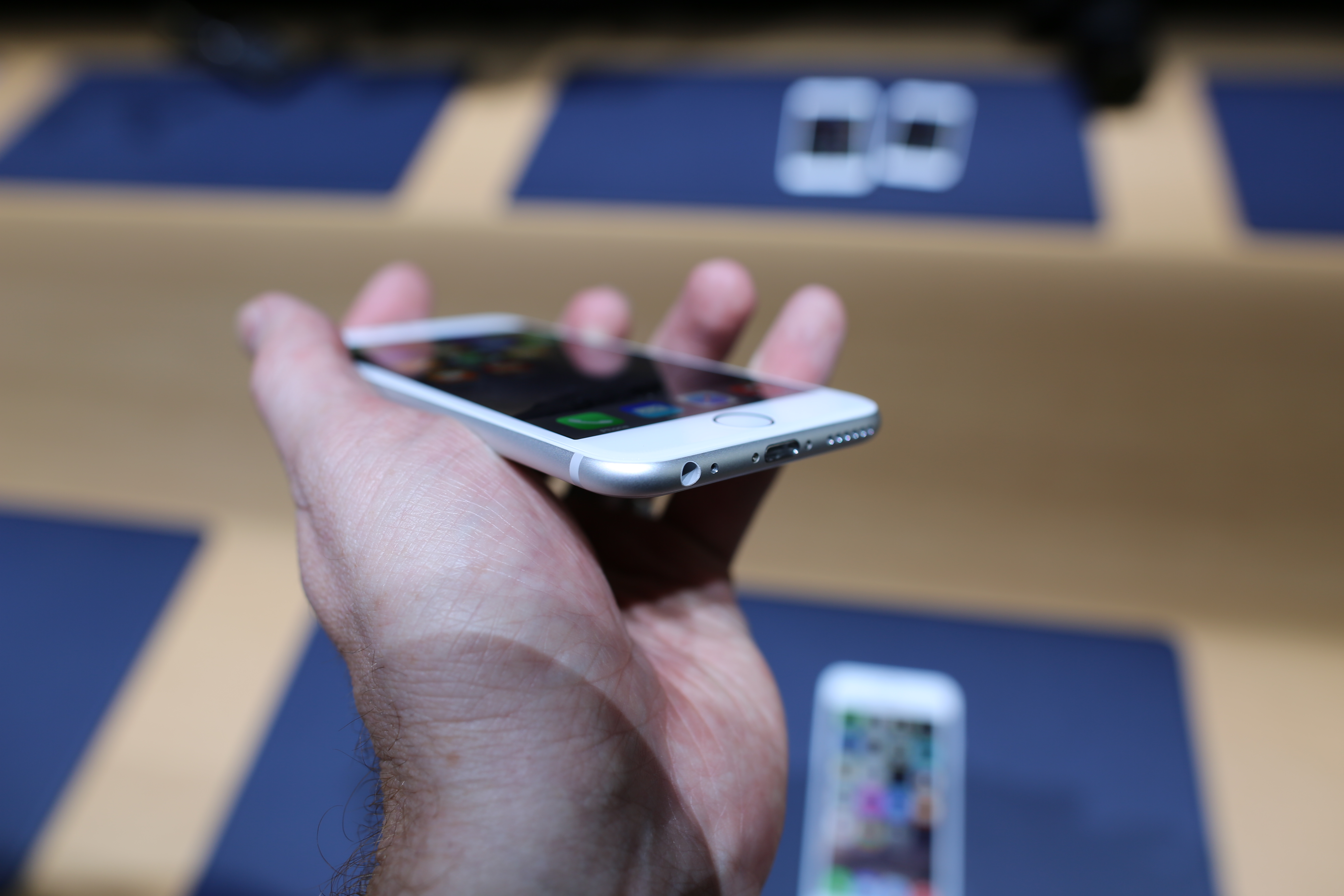 ➤ The new iPhone 6 and iPhone Plus