Huawei launched two new high-end smartphones today, its latest efforts to become a household name outside of the Chinese market, and challenge Apple and Samsung’s dominance of high-volume sales in Europe.

The devices are slim, both sport an all-metal (6.9mm) chassis and come with a major focus on an unusual camera setup, for which Huawei partnered with Leica. This partnership, though not resulting in Leica-manufactured components in the device, ushers in a change to the camera UI, as well as an interesting dual-sensor arrangement. More on that later.

Down the right side of the phone, you have the volume rocker and power button, while on the left there’s the combined microSD and SIM slot.

As you might expect from a high-spec smartpbone at its own launch, the device was no slouch in navigation terms and showed no signs of lag. Huawei fans will be pleased to hear that it keeps essentially the same UI as the previous Mate 8 model. If you weren’t a fan of that, then you’re out of luck.

It has the same fingerprint sensor on the rear too, which is reassuring, as it’s far more reliable than the one found on the Mate S, in my experience.

The P9 has a 5.2-inch full 1080p HD display, while the Plus version offers a 5.7-inch version. On the surface of things, this is likely to be the only real difference between the devices that’s likely to affect which model you plump for.

The Plus  does offer a couple more hardware upgrades – most notably, more storage by default and 1GB more RAM, making 4GB in total. However, many potential purchasers would be happier to keep the cost of the handset down and add in a microSD card if needed later, so this perhaps isn’t a big problem.

Nonetheless, it’s probably a little disappointing for some people that neither of the P9 or P9 Plus 128GB models will make it across to Europe. The ‘Rose Gold’ color option won’t be available in the UK or Europe either.

Having the very highest spec model available in Europe may not have sold in the same numbers as a 32GB  or 64GB option, but it provides an aspirational device for anyone who does want to ‘go big’ on Huawei.

Sleek lines aside, the main selling point for the device is the tie-up with Leica for the dual 12-megapixel setup.

One of the sensors is a regular RGB unit, while the other is a monochrome one, which Huawei says will provide more light in shots, and “perfect” black and white images. It also says that the dual setup allows for 200 percent more color information than using a single RGB sensor.

This is great in theory, but without a thorough test it’s too early to say how much of a difference this makesn to the end result.

Again, without an opportunity for detailed testing, or reviewing images on a larger screen, it’s hard to make any judgements about image quality. Taking snaps certainly didn’t take a long time though, with the autofocus snapping in quickly.

Along with dual sensors, there’s a reworked camera interface that moves the menu and camera control options. Now, instead of tapping a button to get to them, you can swipe right to access the different shot modes, while swiping to the left reveals the settings menu.

Huawei’s Pro mode remains though – allowing access to things like changing the color balance based on the Kelvin scale, and dedicated image processors to help reduce noise and sharpen the image. 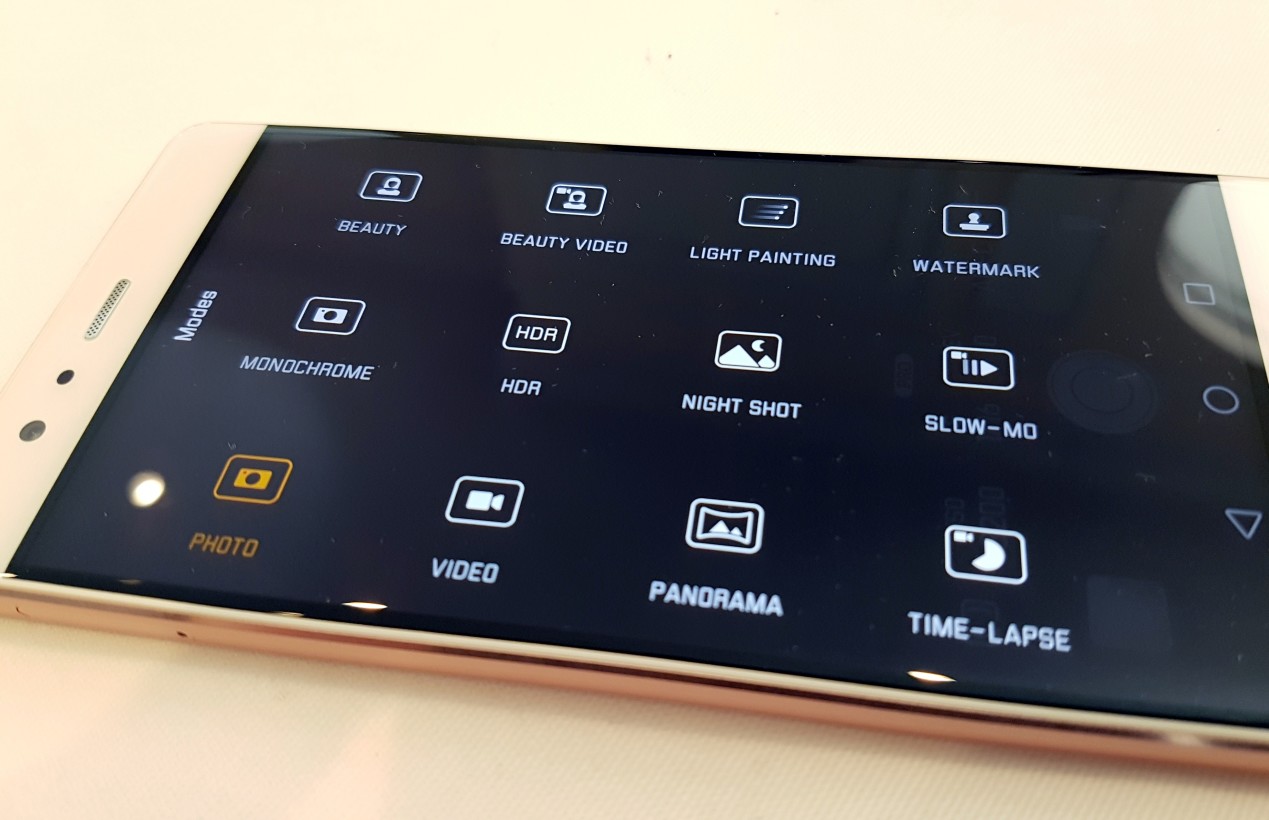 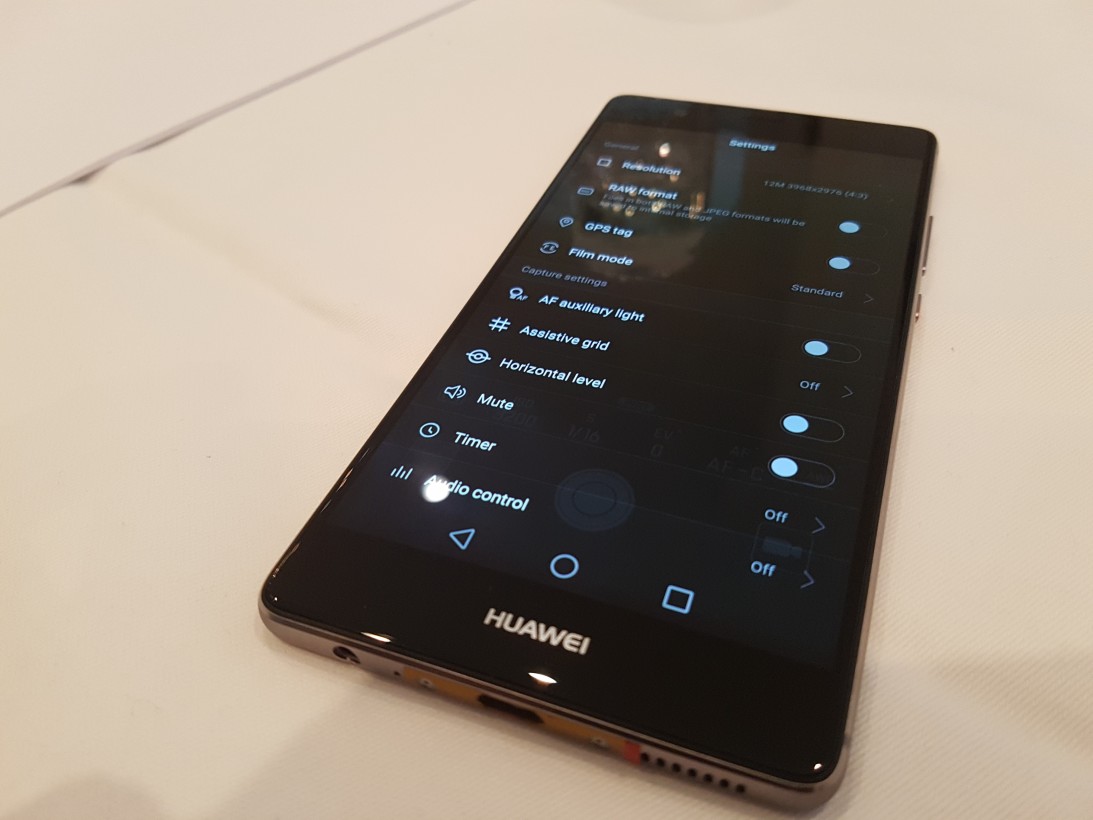 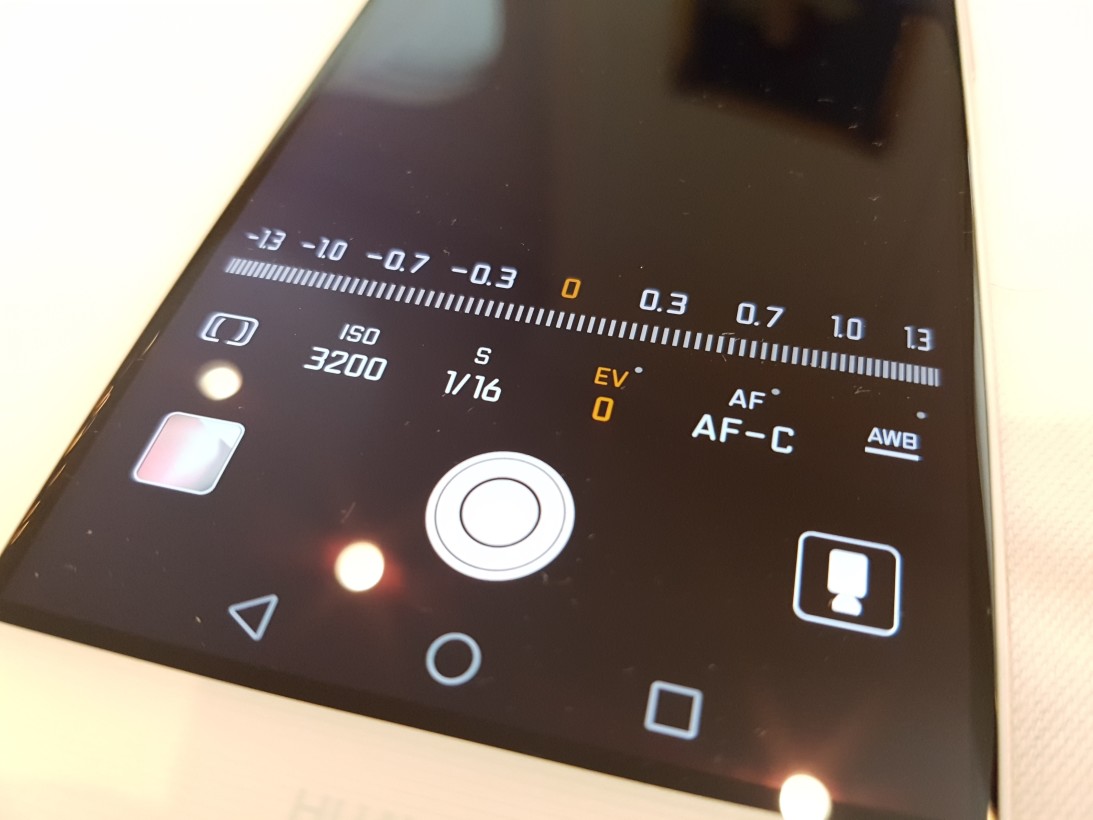 It’s hard, when you see ‘Leica’ so prominently displayed on the device and in marketing materials, not to be disappointed by the lack of any Leica components.

If you want a smartphone with camera modules “co-engineered” by Huawei and Leica, the P9 and P9 Plus can offer that, but if you want a Leica sensor or glass, it’s not quite going to satisfy you.

Still, until a full review, it holds a hell of a lot of potential – both for its performance and market ambitions. Let’s just hope it delivers on the former.

If it can, then it stands a far better chance of posing that challenge to Apple and Samsung in the year ahead.