HTC’s last few flagship handsets have all followed the same formula – a metal chassis, some emphasis on music playback and a non-standard camera setup.

It’s an approach that garnered design awards, but was less successful in terms of units sold. Now, it really needs a runaway hit at the top of the smartphone market.

The HTC 10, its new range-topper, comes with a mildly refreshed look and a focuses the software and camera experience. For the most part, the thinking behind it is sound in trying to go for mass appeal – who wouldn’t want better photos or sound out of their phone?

The phone keeps a metal unibody chassis but brings chamfered edges on the rear that taper to just 3mm thick to give it more definition in a sea of metal handsets, and make it more comfortable to hold.

On the right, there’s a volume rocker, SIM slot and contoured power switch. I’d guess it’s designed to help you feel around for the power button in the dark or a pocket, but it detracted from the ‘premium’ feeling for me.

Buried under the Home button is a super-quick fingerprint sensor, which really did unlock the device almost instantly every time I used it.

The appearance left me mostly underwhelmed for a flagship HTC smartphone at first glance. There’s nothing that’s really out of place, it just doesn’t make me aspire to owning one due to appearance alone.

And boy is it starting to look overweight when put alongside devices like the Oppo F1 Plus and Huawei P9. Both devices below are flat on the table.

However, some people might argue that the design isn’t going to be the defining factor for many – lots of expensive handsets end up tucked away safely in a protective case, thereby negating the thousands of work-hours spent fine-tuning the design. If it performs, the appearance will be acceptable, but it’s not going to blow anyone away.

Two of the key areas HTC has focused on for the HTC 10 are the camera and the Sense-equipped Android Marshmallow OS.

For the camera, there’s now a 12-megapixel wide-angle ‘UltraPixel’ sensor on the rear, and a 5-megapixel UltraPixel setup on the front. Both have Optical Image Stabilization (OIS).

What HTC is aiming for – and claiming in its launch of the 10 – is the ultimate camera experience on a smartphone, due to a combination of an ultra-fast focus and OIS.

In a short test, and only able to review images on the device’s (impressive) 5.2-inch, 2k resolution display, the shots looked well saturated and colorful, though the actual capture wasn’t the fastest I’ve used.

It’s was a similar outcome with the front-facing snapper too, ultimately requiring an extended period of testing for a full review before any sort of judgement can be made.

HTC has also hustled to make sure that the camera features integrate deeply into the core OS.

For example, it worked with Google to integrate Photos functionality and support for more photo formats (RAW, Zoe) into the native camera app, thereby streamlining the storage process and making a less confusing user experience where multiple apps are offered for the same functionality. ‘Pro’ and ‘Prosumer’ modes also make a return in the camera options too.

The decluttering of duplicate apps and personalization of the OS – allowing for icons to be placed anywhere, rather than to a grid and the easy application of new themes for example – is a key change to stock Android for the HTC 10.

While you might be used to getting multiple calendars on your manufacturer-tweaked new phone, HTC’s newest only offers one of each.

It says that it worked with Google here too, and simply kept the best versions of each app available, integrating as much functionality as possible along the way.

The new flagship also gets a new case too – this time called an ‘Ice View’ instead of ‘Dot View.’ The new material allows for higher resolution images to be displayed on the outside of the case and also now supports quick actions, like launching the camera if you swipe upwards twice. 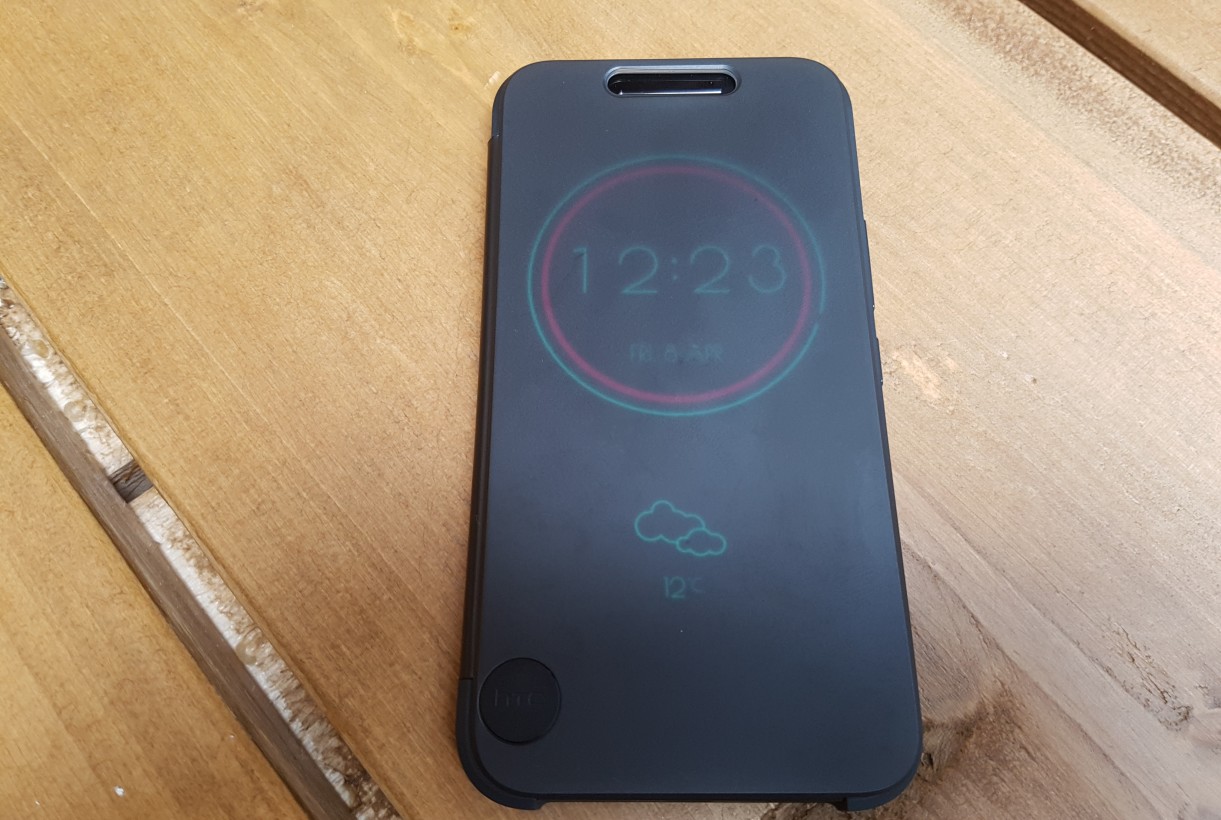 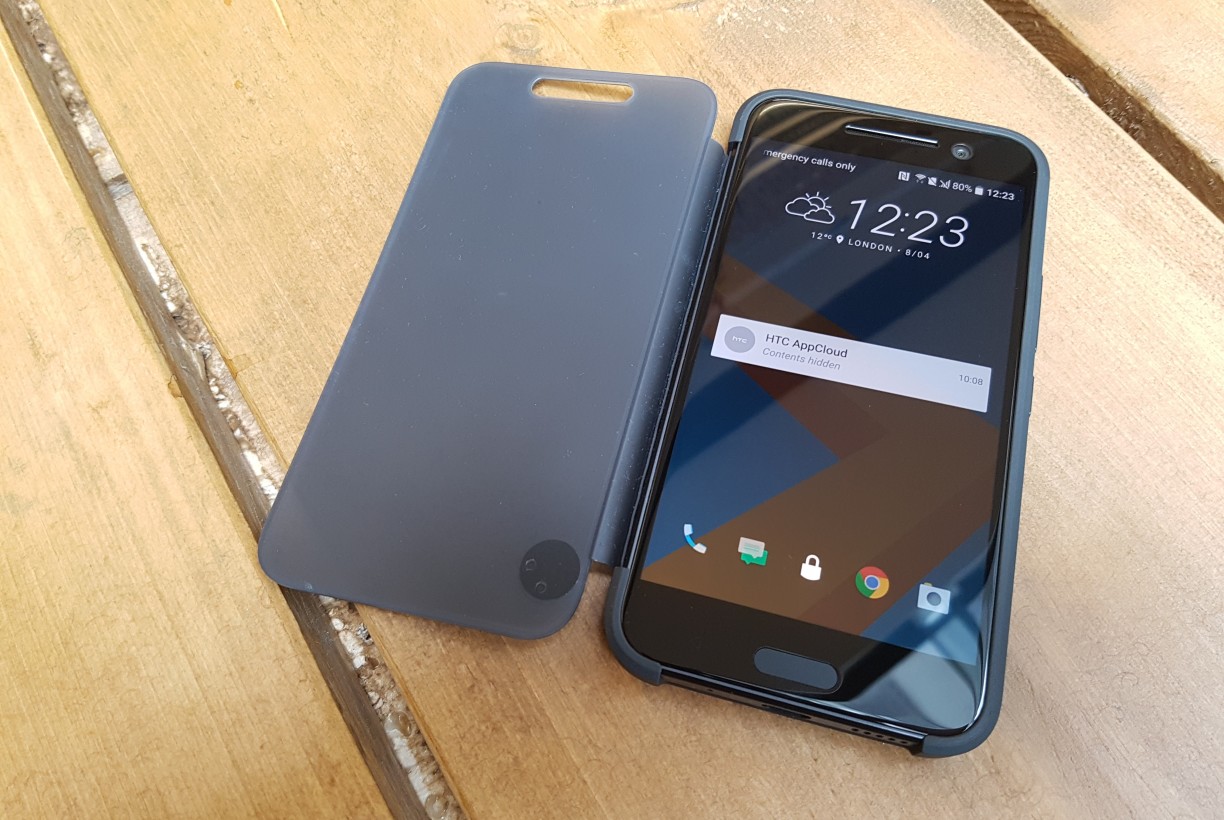 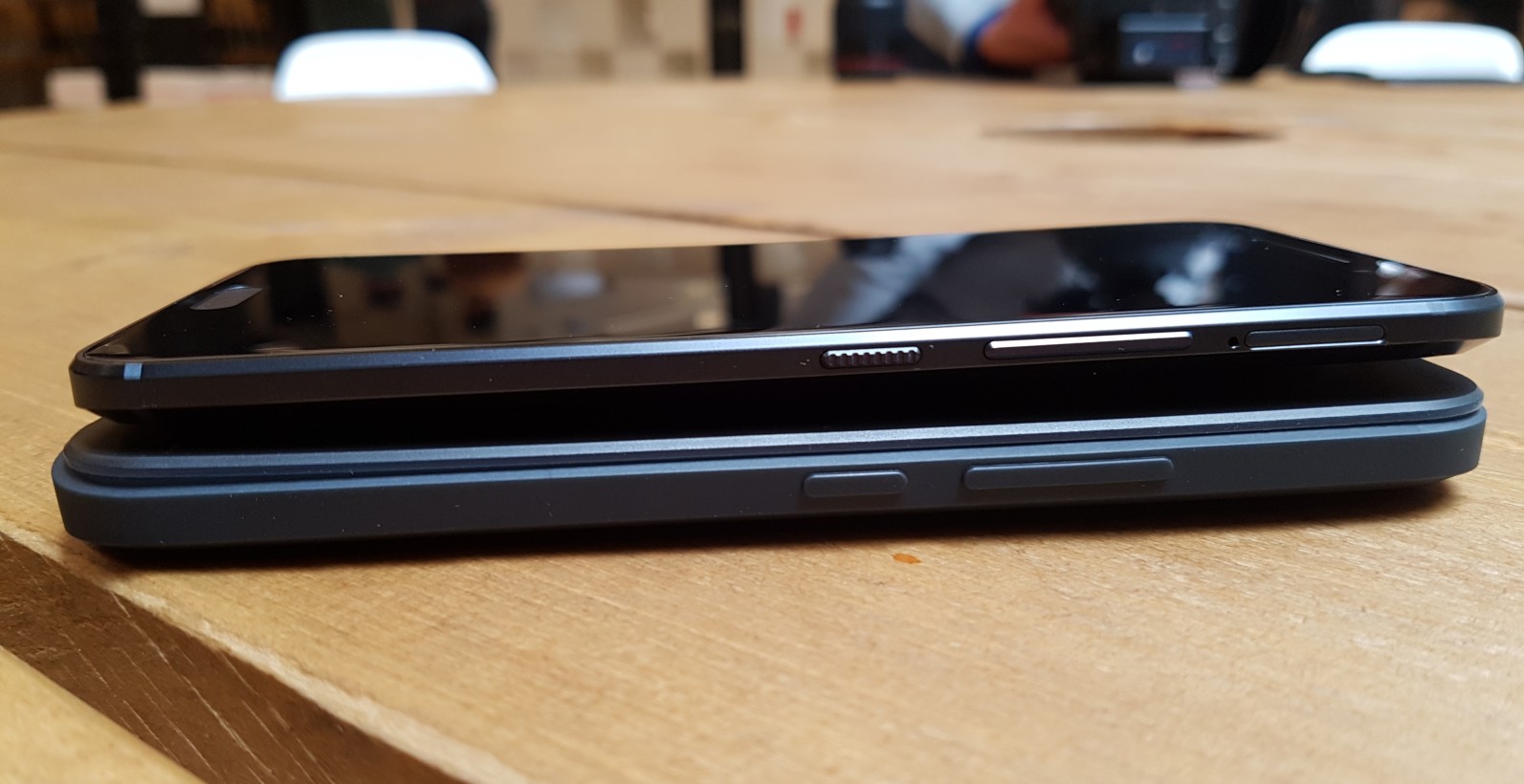 Potentially underwhelming appearance aside, the HTC 10 claims to offer up the best phone and audio experience available on a smartphone – unfortunately not assertions that can be put to the test in a short 15 min hands-on session, but we’ll be bringing you a full review on these and more in the coming days.