Over the past couple of years we’ve seen loads of options crop up for doing business locally via your mobile device. The problem, however, is that most of them are focused on posting a task that you want or need, and then getting it done by someone who you then pay. There haven’t been many options out there for creating a true marketplace, for goods and services alike, and that’s where Chicago-based Grabio sets itself apart.

Grabio is a classifieds marketplace that is quite akin to what Craigslist or Ebay would be if it were based on mobile, but without the attempted rip-offs and Nigerian scammers. It’s set up to be used by individuals and businesses alike, and it’s location-based, meaning that you’ll know exactly where a posting is located, without having to resort to a Google Maps lookup.

Grabio is also different because it has a profiles and ratings system built directly into the app. You’ll know exactly who you’re dealing with before the transaction happens, and that transaction is handled by Grabio’s built-in mobile payments system. There’s a social sharing feature built in, so you can promote your offers on Facebook or Twitter and mobile storefronts are baked in for local merchants. Top it all off with real-time messaging between buyers and sellers and it’s easy to see why Grabio is a standout in an increasingly-crowded field. 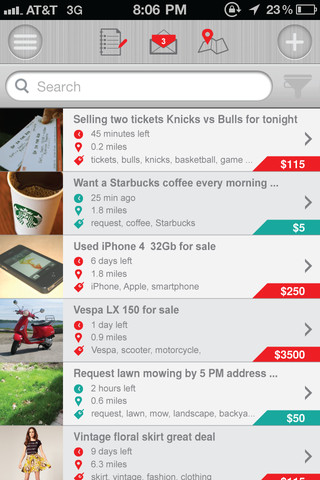 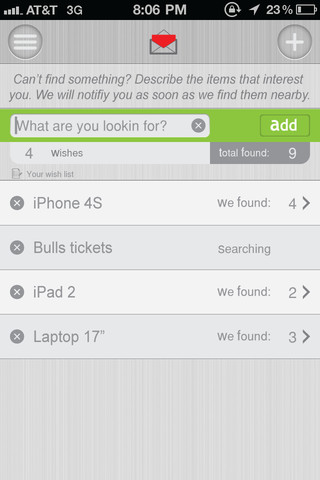 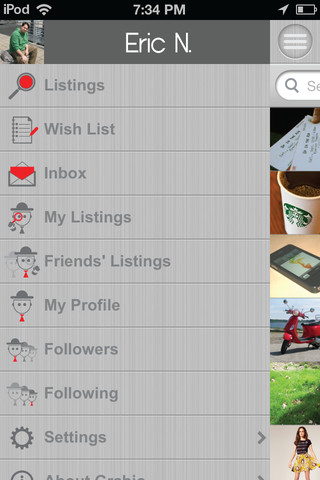 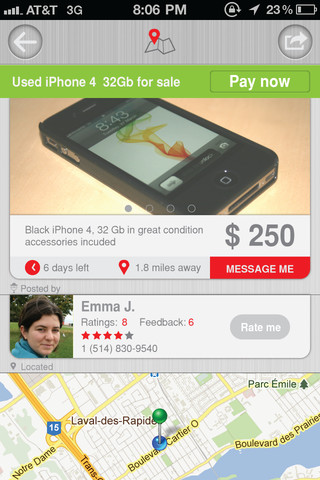 The focus on helping local businesses set up a mobile marketplace is pretty huge. The Grabio team is encouraging businesses to fill out a form to help them get started, and having that storefront will let them bring their inventory online at no cost. When you consider Grabio’s built-in wishlist feature, this is a huge opportunity for businesses to connect with consumers that they might not otherwise have had a chance to reach.

To me, Grabio marks the end of incomplete, anonymous or expired classified ads. While previous versions focused on consumer-to-consumer, the company has taken the feedback it has heard and found that people wanted access to businesses as well.

Grabio is iPhone-only, for now, and it’s a free app. The company makes its money via handling the transactions. So the next time that you have something to sell, or you’re looking for a daily coffee delivery, give Grabio a shot and let us know what you think.

➤ Grabio, if the App Store