This article was published on February 10, 2014 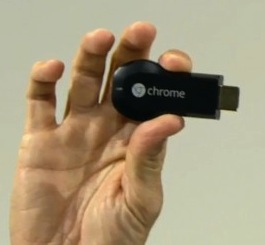 Google’s Chromecast is reportedly launching in Australia later this year and possibly with content from Telstra’s BigPond media assets, according to The Australian (hat/tip Matthew Keys).

Australian telecom firm Telstra has been in talks with Google on various ways to get content from BigPond, including movies and online sports programs, onto the Chromecast device, The Australian reports. Telstra engineers are also exploring the option of embedding Chromecast functionality into Telstra’s own digital media player, the T-Box. Telstra and Google have both declined to comment to the newspaper.

This latest news comes after it was revealed that Google’s Chromecast was finally expanding beyond the US with a launch in the UK within weeks. All these moves hint at Google’s ambitions for the device – which some had feared would end up like the mostly unsuccessful Google TV.