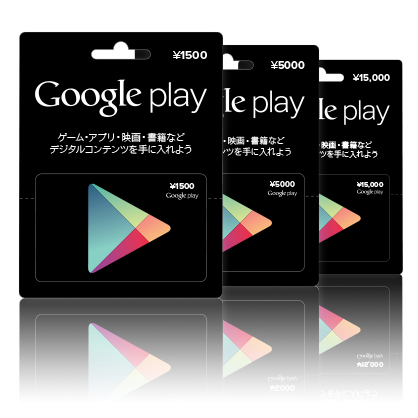 There’s good news for Android fans in Japan after Google Play gift cards were introduced there for the first time today.

The vouchers can be used to purchase new apps, games, books, movies, music and magazines from Google Play — either from an Android device via the Google Play app, or from play.google.com.

Japan is the first in Asia to get gift cards, which are available in seven other countries — though the Japanese denominations go far higher than the top card price of $50/£50/€50 elsewhere.