Even if you’ve never heard of Apture, you’ve probably used the company’s products before. If you’ve ever been on a site where you copied some text, and then had a box pop up that offered to show you context related to what you’ve just copied, that’s Apture.

It’s been a huge hit with Web publishers and Google seems to like it too. In fact, Google liked Apture enough that it acquired the company in November for a rumored $20 million. Unfortunately, Google plans to shutter Apture as of tomorrow, opting instead to roll the product into future releases of Google Chrome.

That created a bit of a challenge for CloudFlare, the “accidental CDN“. You see, Apture was one of the most popular apps that CloudFlare customers could install with just a single click. Even though CloudFlare had only offered Apture for a few months, it quickly grew in popularity, and CloudFlare customers accounted for more than 1% of total Apture installs. 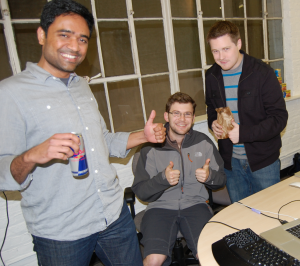 So CloudFlare had a choice – walk away from Apture and do nothing, or try to see if their team could replicate most of its function. The team chose the latter, presenting a challenge to themselves to get “80% as good with about 24 hours worth of time”, according to CEO Matthew Prince.

A team of three CloudFlare engineers went to work, and they came up with Highlight. Like Apture, it pulls in contextual information for highlighted text, and it does indeed do about 90% (according to Prince) of what Apture managed on the user side. Relying on requests from Bing’s API and topic summaries from DuckDuckGo, it works exceptionally well.

It just goes to show what a dedicated team of hackers can pull off when given the right challenge. Over the past week, a handful of CloudFlare users have been beta testing the Highlight service and it’s now available to any CloudFlare customer via the Apps panel.

It’s not the first time, nor likely is it the last, that CloudFlare has risen to a challenge. The company also stepped up to provide one-click IPv6 for all of its customers, for free, and it continues to push hard toward fixing a broken Internet.