Google announced the launch of Google Maps Gallery today, a new way for governments, non-profit organizations and businesses to share and publish their mapping data online via Google Maps Engine.

Maps included in the Gallery can be viewed in Google Earth and are discoverable through major search engines, so this means you can now easily explore maps produced by organizations including National Geographic, World Bank, and U.S. Geological Survey among others. 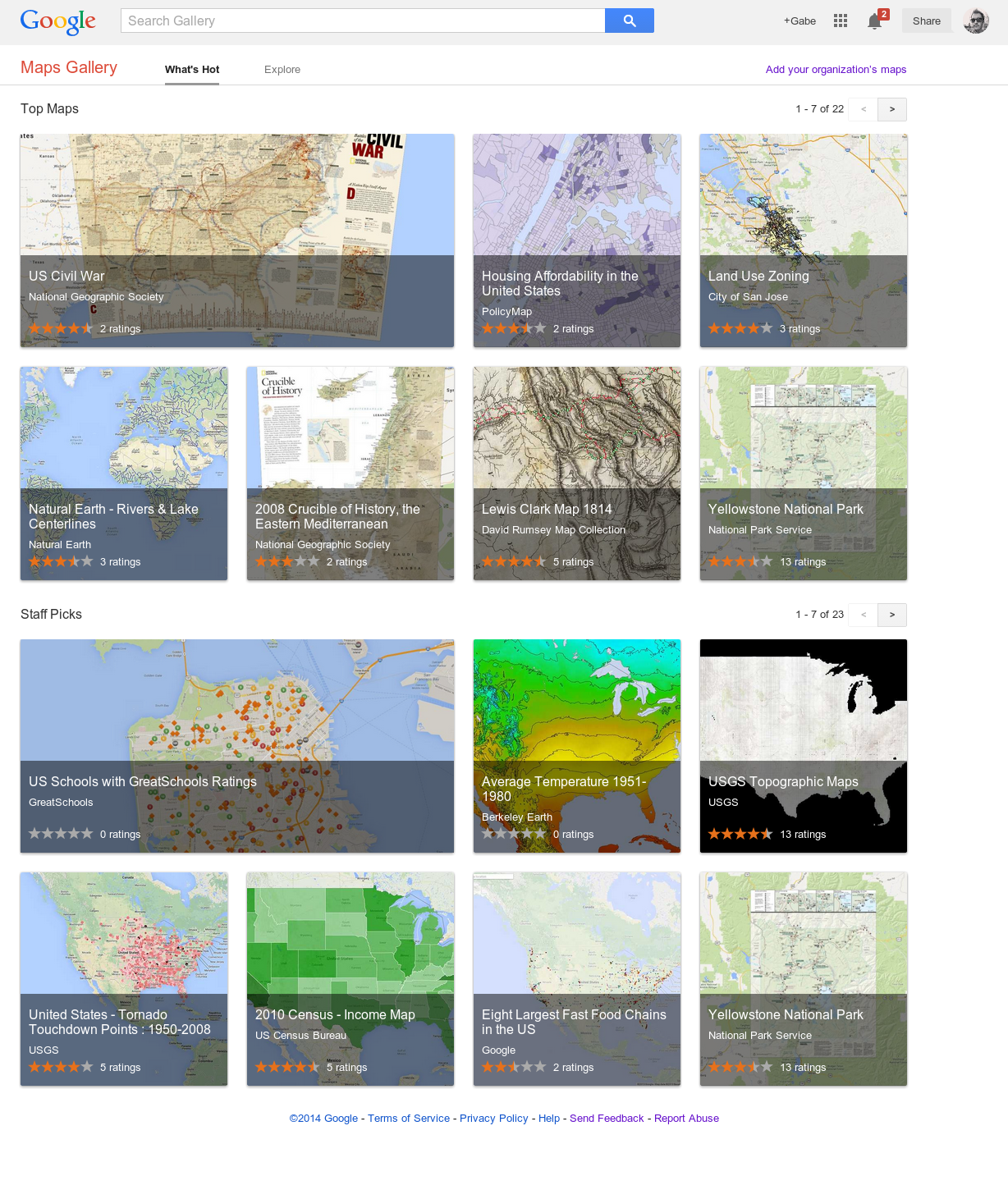 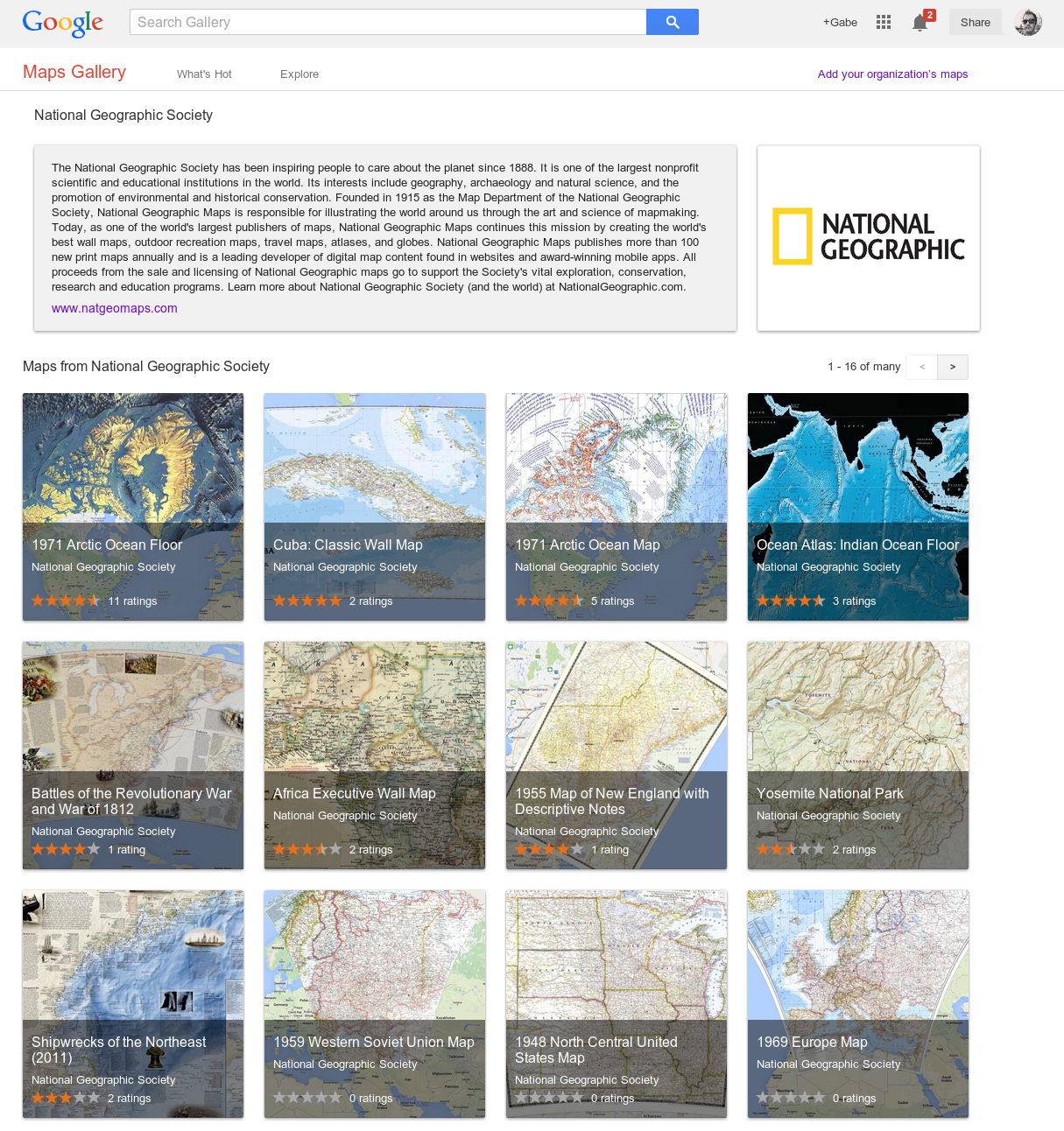 The Maps Gallery also lets organizations have a complementary online channel for giving the public access to mapping data that may have had limited reach previously. National Geographic’s director of digital development, Frank Biasi, notes that access to its maps has been “limited due to their physical printed nature and their range of publication dates” but placing them on Maps Gallery increases their accessibility.

Organizations can now apply to submit their mapping data on the Maps Gallery. Google is also allowing governments, non-profit organizations and businesses to publish maps and manage their own content with settings that let them control the branding, styling and licensing.