In case you’ve not seen this little number doing the rounds today, Google is now able to index some website comments.

According to Digital Inspiration, Facebook comments are searchable, meaning that you’ll now get the additional SEO juice from the added content.

“Googlebots, or the spiders that crawl web pages, are now reading Facebook comments on websites just like any other text content and the more interesting part is that you can also search the text of these comments using regular Google search.”

This has been confirmed by Google’s Matt Cutts, who says that the Googlebot “Now has the ability to execute AJAX/JavaScript to index some dynamic comments.”

Ever since Facebook came out with its externally-visible comments platform for websites, there has been a load of back and forth over whether or not it was a good idea for publishers to use them on their sites (TNW took an in-depth look at the pros and cons, too). While some have seen any externally-hosted comments as “giving away your content”, there’s much to be said for the ease of use and social integration that are inherent to having Facebook or a Facebook Connect-enabled system as the backing platform.

So what does this mean to site owners, and also to comment platforms? First off, it’s about to become supremely important to manage your comments more thoroughly than you have in the past.

If you’ve been using something that’s embedded into an iFrame for comments systems, chances are that Google hasn’t been indexing that content as part of your site, because, in reality, it isn’t. Specifically, and according to Google itself:

“Pages that use frames or iframes display several URLs (one for each frame) within a single page. Google tries to associate framed content with the page containing the frames, but we don’t guarantee that we will.”

What will be interesting to see is if Google, moving forward, will spend time indexing old comments as quickly as it does newer, more modern content. If that’s the case, the following will apply equally to your old content as the things that you’re writing and discussing today. 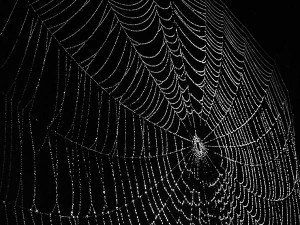 Having indexed comments on your site can very well help bring more traffic to it via search queries (for a prolific commenter, a notable quote, etc) but it also means that everything that’s said in the comments is going to show up in your site’s results too. If your comments are overrun by spam, hate speech or the like, there’s not only the issue of your site’s reputation, but also the possibility of its search ranking being negatively affected.

There’s also the issue of duplicate content. Often times people will like to copy entire sections from one website, posting it into the comments portion of another. In the eyes of Google’s Panda, that can be a dangerous game and it’s another potential issue for which you’ll need to be vigilant.

Livefyre, the comments system that we use here on TNW, has the ability to be indexed by Google as well. In fact, according to an email that I got yesterday from Livefyre CEO Jordan Kretchmer, it has had this ability even before Google’s “tweak” came into play. But with the announcement from Google, the playing field has been leveled somewhat further than it might have been previously.

So the ultimate question is this – what will you do? First off, you should do your homework. As I stated, we know that some Facebook comments are starting to be crawled, Livefyre can be indexed as well, and it appears that Disqus can too. If you’re not using one of these, you need to make certain that you’re at least using a system that is based on JavaScript and/or AJAX in order to be included in the “some” that Cutts describes in his tweet.

Beyond that, it’s a matter of paying extra attention to what’s going on in your comments, and that’s another lesson entirely.

Get the latest Google news every day at TNW Google.