The data collection software Carrier IQ, which was first found on phones running Android, does not come preinstalled on the Google Nexus One, Nexus S, Galaxy Nexus and the original Motorola Xoom tablet, according to “an extremely reliable source” close to The Verge.

Carrier IQ secretly records the numbers a user calls, their text messages, the content of Web searches (including encrypted ones) and a whole mess of other data. It then sends this data off to Carrier IQ’s servers, even if the phone itself is in airplane mode and connected to the Internet over WiFi.

The common thread uniting the Nexus products and the Xoom tablet is that they were all launched in partnership with Google and each featured a new version of Android unmodified by handset manufacturers or carriers. If The Verge’s source is correct, it’s clearly not Google that is installing this surreptitious monitoring software on Android phones.

However, Google does still allow phones from Android-using manufacturers to pass its various Android compatibility tests that are a requirement for several of Google’s own apps to work on those devices. It seems that, although Google itself has no interest in monitoring what you are doing on your phone, it won’t actively step in to try and stop carriers and phone manufacturers from doing it either.

Given the name of the software and the sort of data it has been reported to collect—the numbers dialled using the phone, text messages sent and received and Web searches conducted—it seems likely (though it has not been confirmed yet) that this is a requirement imposed on phone manufacturers by carriers.

But there is a kink in the chain: Apple.

It was revealed by iPhone jailbreak developer Grant Paul (@chpwn) today that every version of iOS, at least since v3.0, has shipped with Carrier IQ installed. It is unclear whether it is turned on by default, how much data it collects and if it then sends it to a remote server, but it is intriguing why Apple would include something like this in iOS at all.

For a company that detests ceding control over any part of its products to third-parties, and went to great lengths to assuage fears about its activities when it was embroiled in a location-tracking controversy earlier this year, it seems strange that it would add a tracker in its phone that logs the user’s personal data (and maybe even sends it over to a remote server, although there is no evidence of that yet).

Writing for The Verge, Nilay Patel suggests that Apple may have been forced to do this due to its closer working relationship with carriers, while Google escaped because it is only concerned with the software part of the ecosystem. However, to bring the Nexus devices to the market, Google (or its hardware partners) certainly must have had to go through the same discussions with carriers as Apple does for its phones.

Why would any carrier require every other manufacturer, including Apple, to install Carrier IQ’s software on their phones, while excusing Google from doing the same? We will not pretend to know the answer to that, because we do not yet, but it is an intriguing question.

We’ll have contacted both Apple and Google and will have to wait for official word from them in order to figure out just what is really going on with Carrier IQ. Stay tuned, we have a feeling this is going to get interesting. 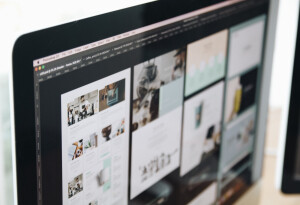