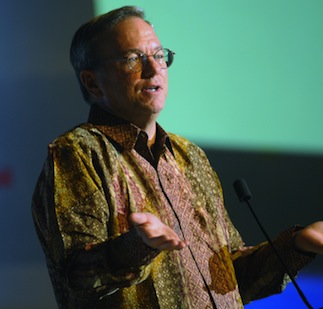 Google chief Eric Schmidt has openly voiced his anger with the US National Security Agency, saying that it would be “outrageous” if the NSA had really looked into the company’s data centers.

“The steps that the organization was willing to do without good judgment to pursue its mission and potentially violate people’s privacy, it’s not okay,” Schmidt told the Wall Street Journal in an interview while visiting Hong Kong. He further commented that it was “bad public policy” if the NSA really collected the phone records of 320 million people to zoom in on 300 people who may be at risk, and possibly illegal.

Google has already submitted complaints to the NSA, as well as US President Barack Obama and members of the Congress, Schmidt told the WSJ.